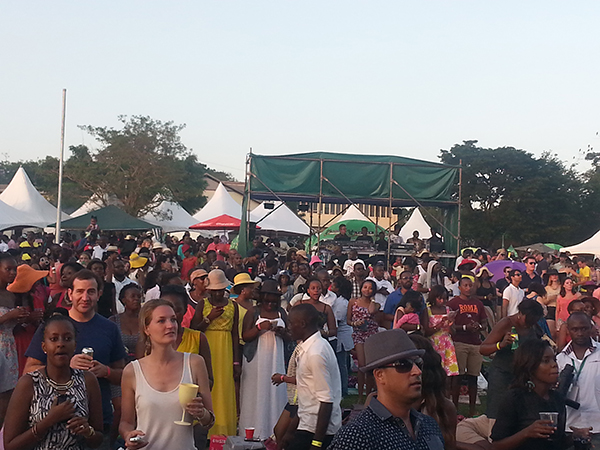 The Blankets and Wine event which was held yesterday was simply eye catching right from the dress code to Freshly Ground’s performance.

With the tickets sold out, the latest edition of Blankets and Wine was bound to be a success and that was the case yesterday. The event attracted a massive number of people along with local celebrities like Sheila Gashumba, Natasha Sinayobye, Big Trill, Salvado and Hellen Lukoma among others.

Sheila Gashumba(with a hat) with friends

Blankets and Wine started off with a low tempo as the sun scorched high, forcing people to duck under shades and umbrella’s. Bothered but not beaten, people kept drinking their wine, beer and whiskies as though they pretended not to feel the heat, talk about immunity or determination.

Ekky tried to raise the tempo with her soulful performance, some fans danced along while others found difficult to even wave. Don’t know if the heat had to do anything with it or they were just shy, I guess we will leave that to the mystery. 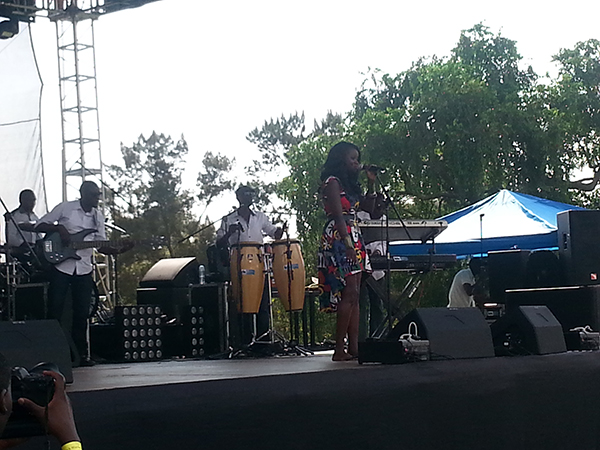 Kutakinte CEO, MunG who was hanging out with Big Trill put on a flawless show as he had almost everyone dancing to his tunes within no time.  Performing for about thirty or more minutes, MunG showed everyone why he is one of the best entertainers in the country. 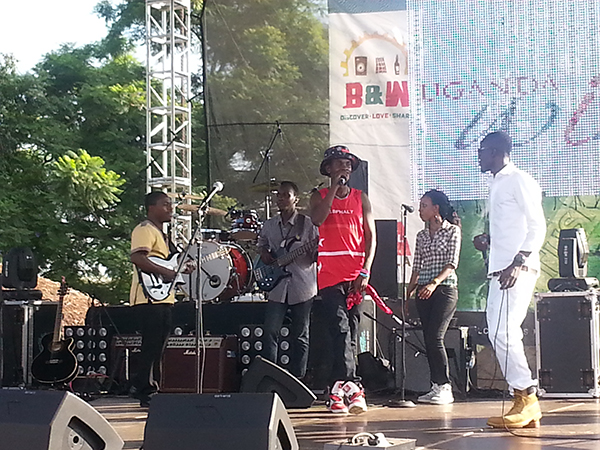 The saying ‘Save the best for Last’ was certainly the case when South African band Freshly Ground jumped on stage. Their performance, which was the highlight of the night was simply palpable as everybody got into a joyful mood and shook their money makers. Freshly Ground’s performance managed to pull most fans to the front of the stage while some took pictures others positioned themselves in the right positions so they could take selfies with the band in the background. 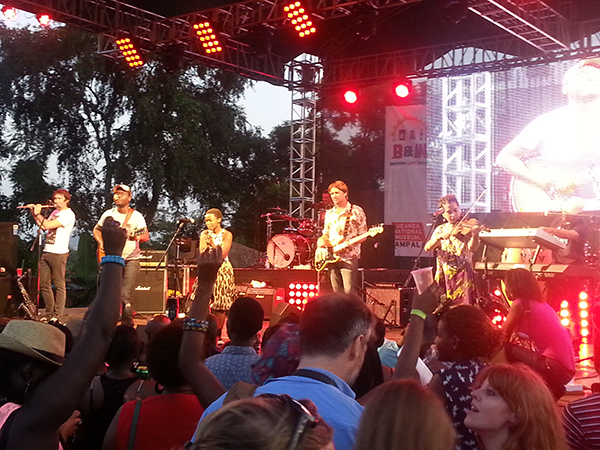 Freshly Ground took the tempo to whole new level with their amazing performance.

With performances of the night done, the after party kicked off at the grounds until the wee hours of the night.