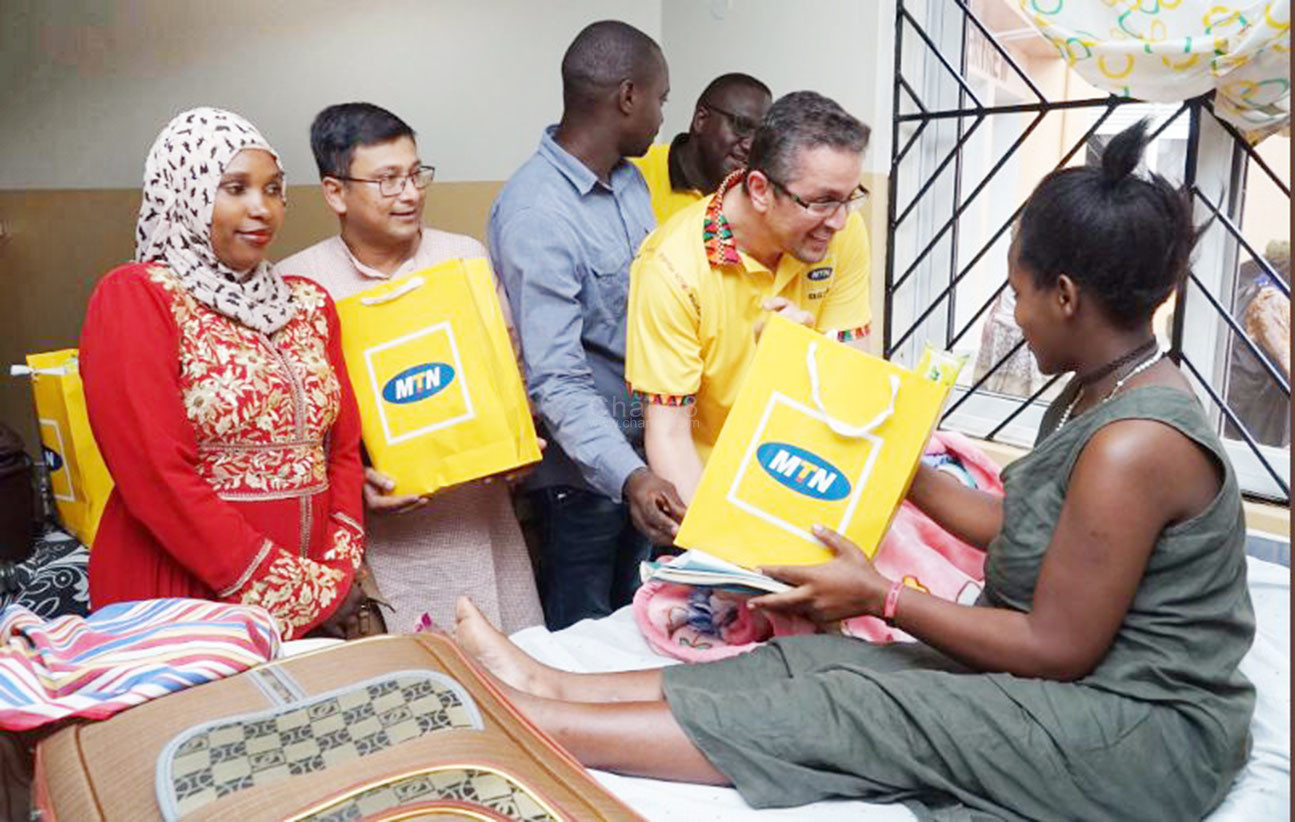 The drive which is aimed at sharing with local communities across the country saw the giant telecommunication company visit and donate items to Kibuli Mosque and hospital among others last week as the holy month of Ramadan kicked off.

They have this morning followed it up by donating an assortment of items to Old Kampala Mosque and KCCA’s Kisenyi Health Center IV in a drive aimed at promoting the act of sharing and giving among the Muslims as they observe the important month of Ramadan once again.

The items donated included Qurans, tunics and food items such as rice, wheat flour, sugar, salt cooking oil and juice among others. The items were handed over to officials at the mosque led by the Deputy Supreme Mufti at Uganda Supreme Council Sheik Abdallah Semambo.

While handing over the items, Ali Monzar, MTN Uganda’s Chief Information Officer who was accompanied by some of his staff members said that MTN was elated to be able to share with the Muslim community.

“Ramadan is about sharing. That is why we are here to share with our brothers and sisters”. Monzer said. 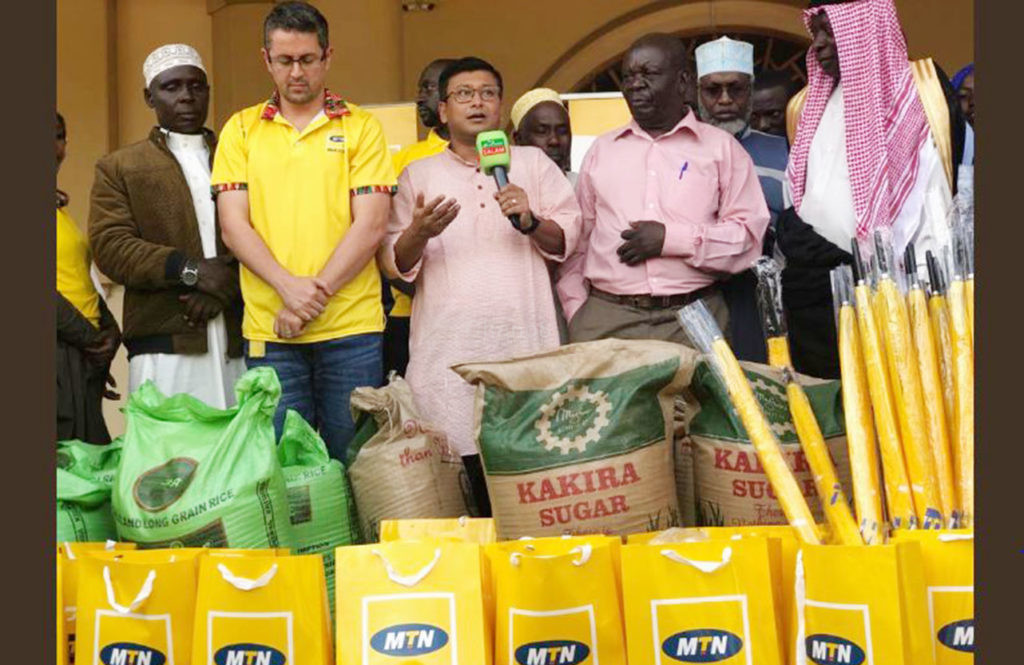 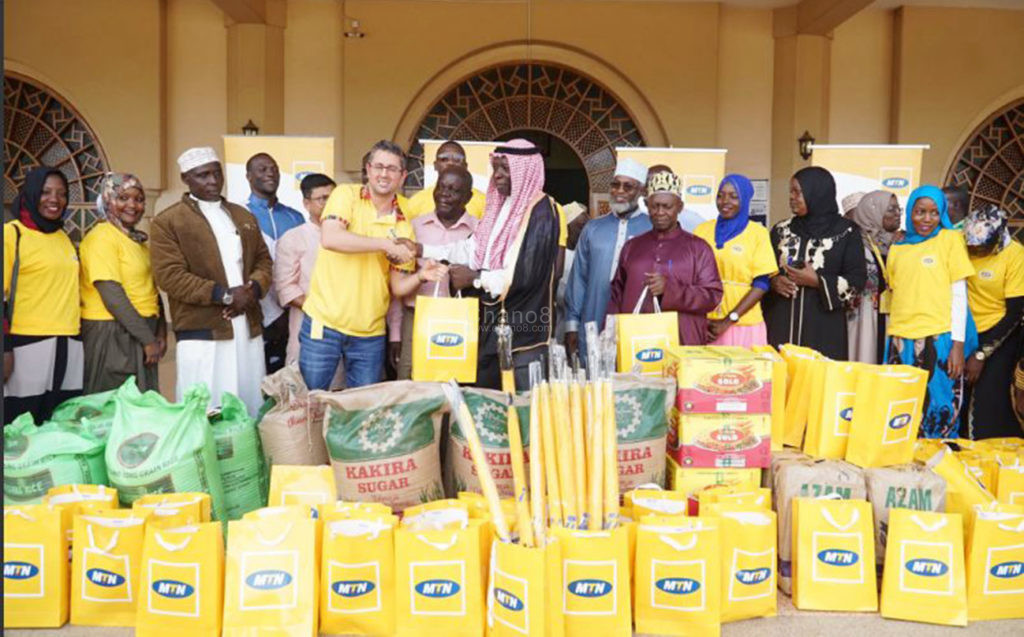 The Deputy Supreme Mufti at Uganda Supreme Council Sheik Abdallah Semambo who represented the Supreme Mufti at the event while receiving the items thanked MTN for its noble gesture and urged Muslims to renew their faith during the Ramadan period.

“I pray that Allah blesses MTN for its kindness. I also urge the Muslims and Ugandans at large to join in and use this month as a point of renewing their faith through prayer and fasting”. He said

“We thank you for coming the previous years and also for coming once again this year and pray that you continue to do so even next year”. He added 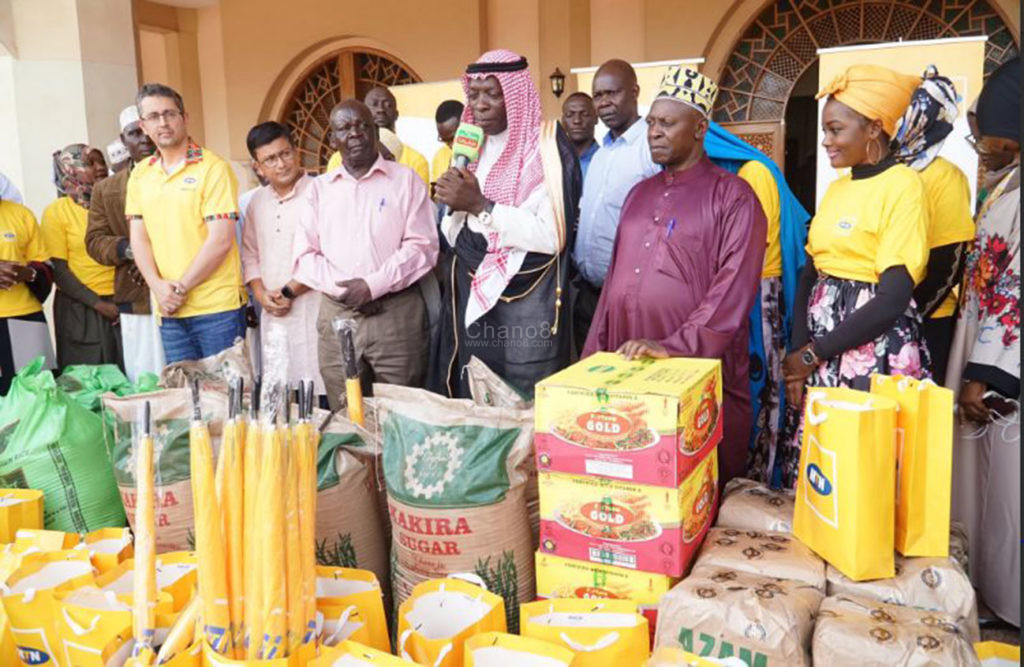 Sheikh Abdallah making his remarks while receiving the items donated by MTN Uganda.

He was flanked by the PRO of the Supreme Council, the head of Finance and planning Mr Shaban Magala among other top Muslim leaders of Old Kampala Mosque who promised their support for the company.

The entourage and MTN team then proceeded to Kisenyi Health Care Centre where more items were handed over to patients especially those at the Antenatal and Post Natal wards as well as out patients section of OPD. The officials played and cuddled the newly born babies and joked around with thee new mothers in the wards as they ahnded over the items. 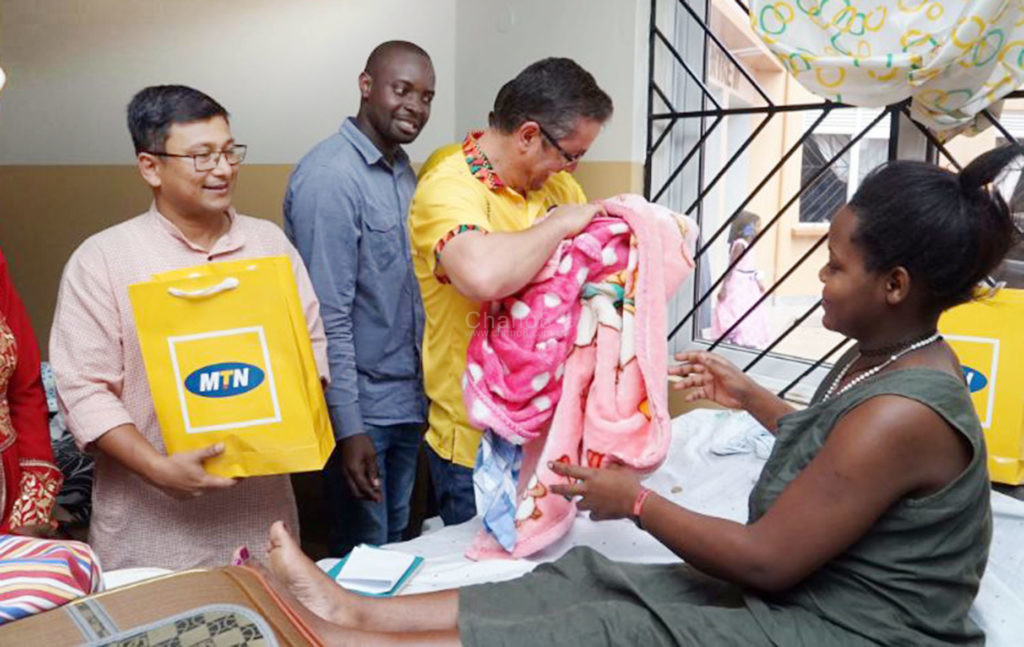 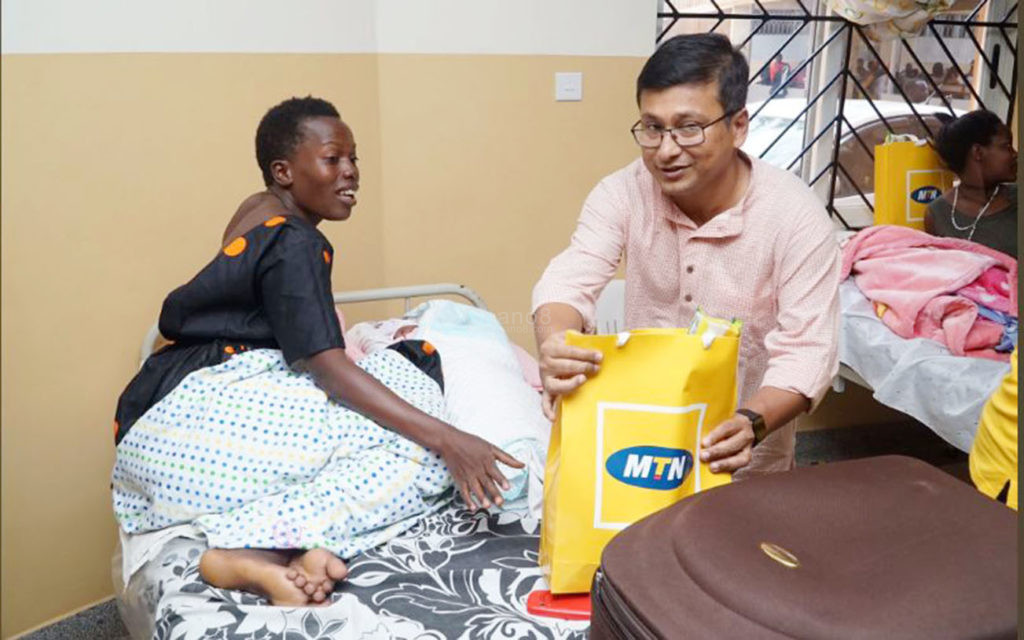 The Administrator of the health center Mr Edson Mugisha appreciated the gesture by MTN and lauded them for their kindness and reaching out to their patients who looked happy with the items they received. The drive continues to other parts of the country. 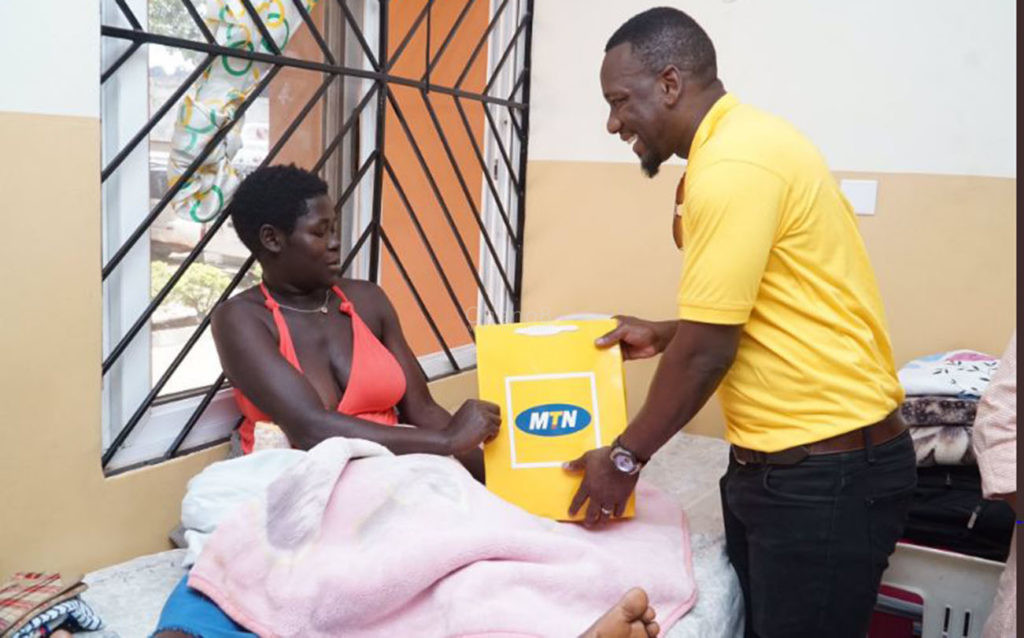 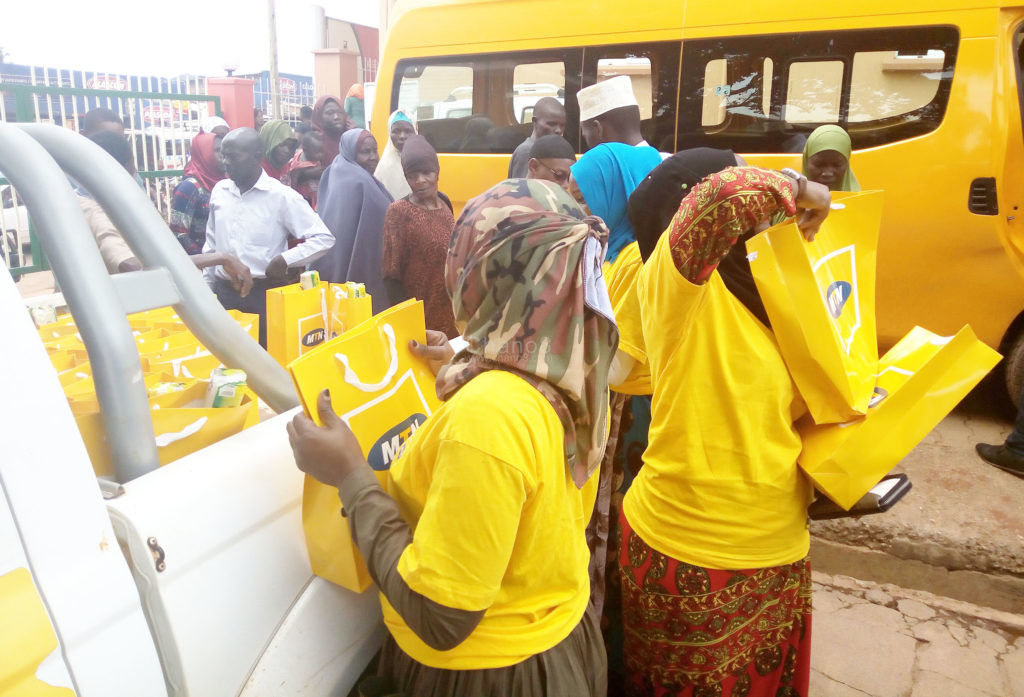 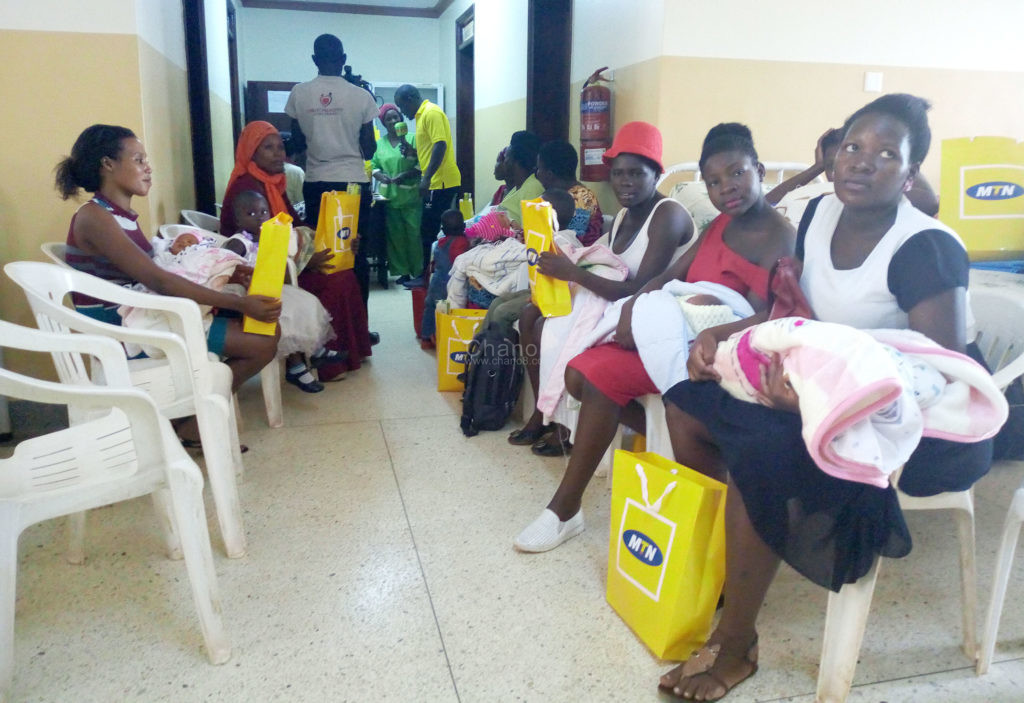