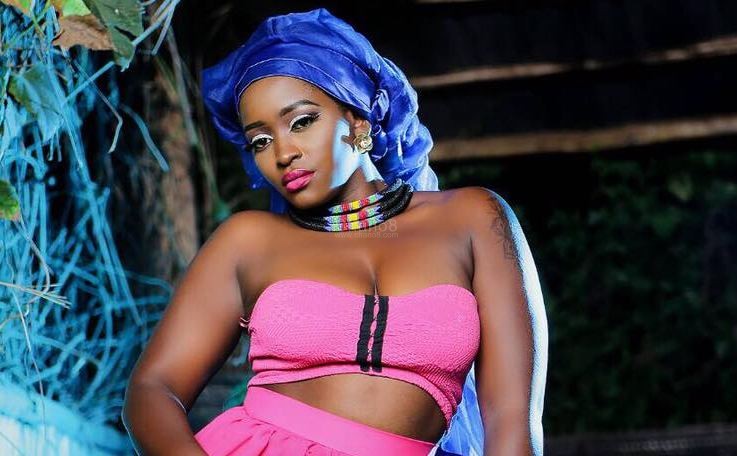 In the wake of the unconfirmed rumours that Winnie Nwagi is on the verge of leaving her record label Swangz Avenue, she has been silent about it, leaving the idlers and critics to spread the false allegations. As they talked a lot, Nwagi hit studio to work on a new project

The time she spent in studio finally yielded something if her new song dubbed ‘Munage’ is something we should go by.

‘Munange’ which is ‘Luganda’ for ‘my colleague’ is a folk and Dancehall fusion love song produced by Sound Cova’s producer Baur.

She starts off the song sang in Luganda language confessing  how she is in love with a dude, she refers to him as her ‘love daddy’ before she humbly asks him not to break her heart which she has wholeheartedly opened up for him. All she wants is the dude’s trustworthiness that will make her forget her first lovers who did nothing but broke her heart

In more lines, Nwagi hails the man for his overwhelming love and care he shows her, she doesn’t want this to come to an end because it’s only the guy’s love she wants and craves for, she is addicted. At some point, she discloses how she might go crazy in case she ever leaves this charming man

Nwagi has already made up her mind and she is not ready to turn back. She desires to be with the man forever as she pledges never to leave the man, bare for him children, give him respect like a man, as well as being there for him in thick and thin.

Winnie does not stop the requests throughout the song, in the last lines she cries out loud to the man to never ever break her heart because of the 100% trust she has in him. She is however afraid of the man walking away from her life after introducing him to the family members. Leaving all this aside, Winnie is a happy, comfortable and convinced woman who is very sure her man cannot leave her because of what he does for her.

Meanwhile, as we welcome ‘Munage’, Nwagi has another tune dubbed ‘Bunsonsomola‘ which is doing well with a health air play