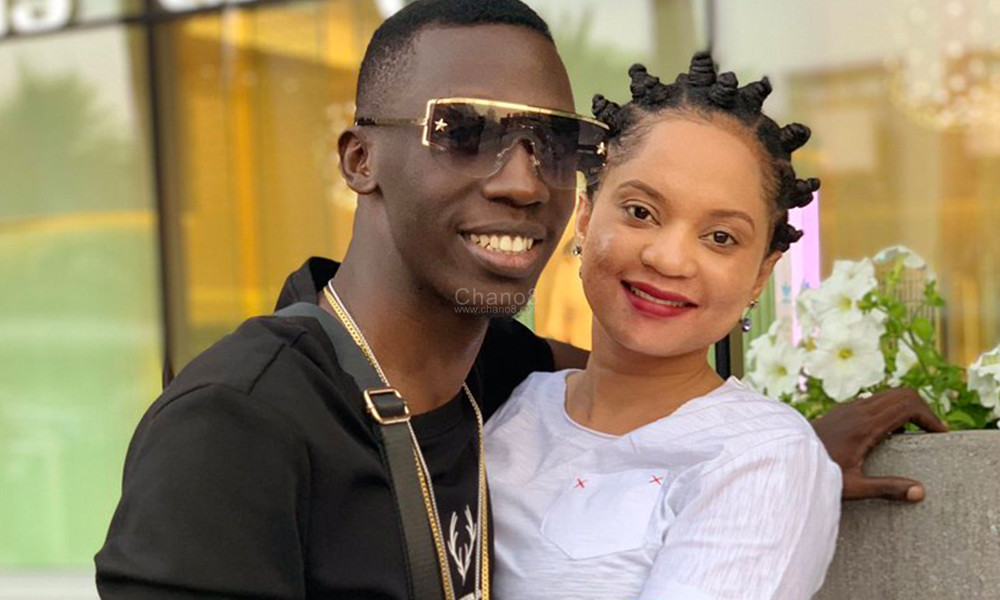 NBS TV ‘Katch Up’ and ‘After 5’ shows co-host Douglas Lwanga is such a private person when it comes to things concerning his personal life. We are sure a few people know his girlfriend but not anymore especially after he officially showed her off for the whole world to see.

Stalking him of his social media platforms, Douglas shared his excitement by posting videos and photos of him on his first ever trip to Dubai. This wouldn’t be a big deal but due to the fact that he was posing with his girlfriend Lisa Linda in a cozy mood, it is something we couldn’t just leave to pass

“First time in D.U.B.A.I . 2018 was a crazy long year for me. Lots of work, purple Tours and work. A brother got to relax and refresh the mind for a NewYear. So DUBAI am here whats Good” Douglas Lwanga shared on his Facebook and Twitter

Being his first time in Dubai, the TV presenter and events MC couldn’t go to have fun alone without his chick, they flew together to beautiful Dubai

In the photos of them making rounds on social media, we see them holding each other romantically in what looks like cozy moment they both are enjoying.

Linda took to her Facebook page and posted “Love of my life, my mr happiness”

Douglas and Lisa have been in a private relationship until a few when it was in the news that the two are one. They were blessed  with a bouncing baby boy in November 2017 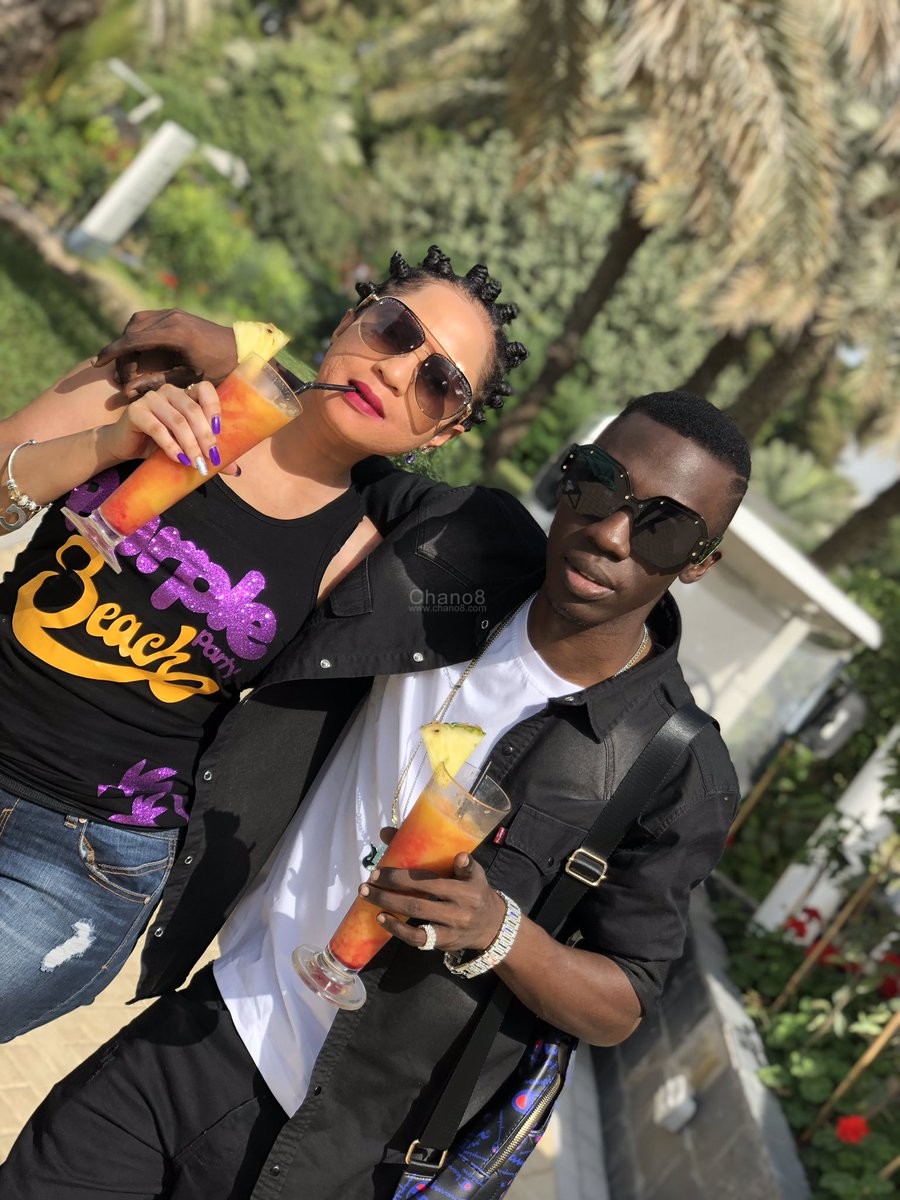 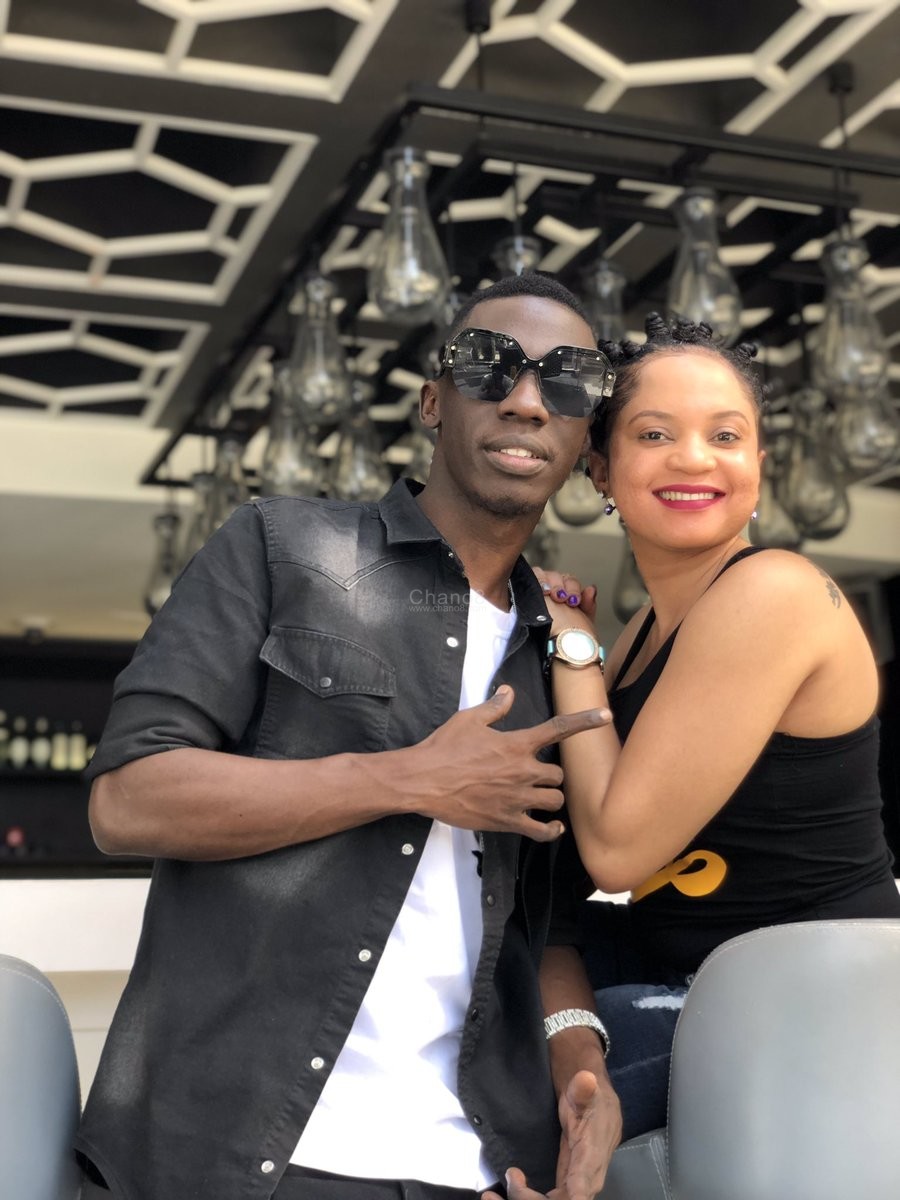 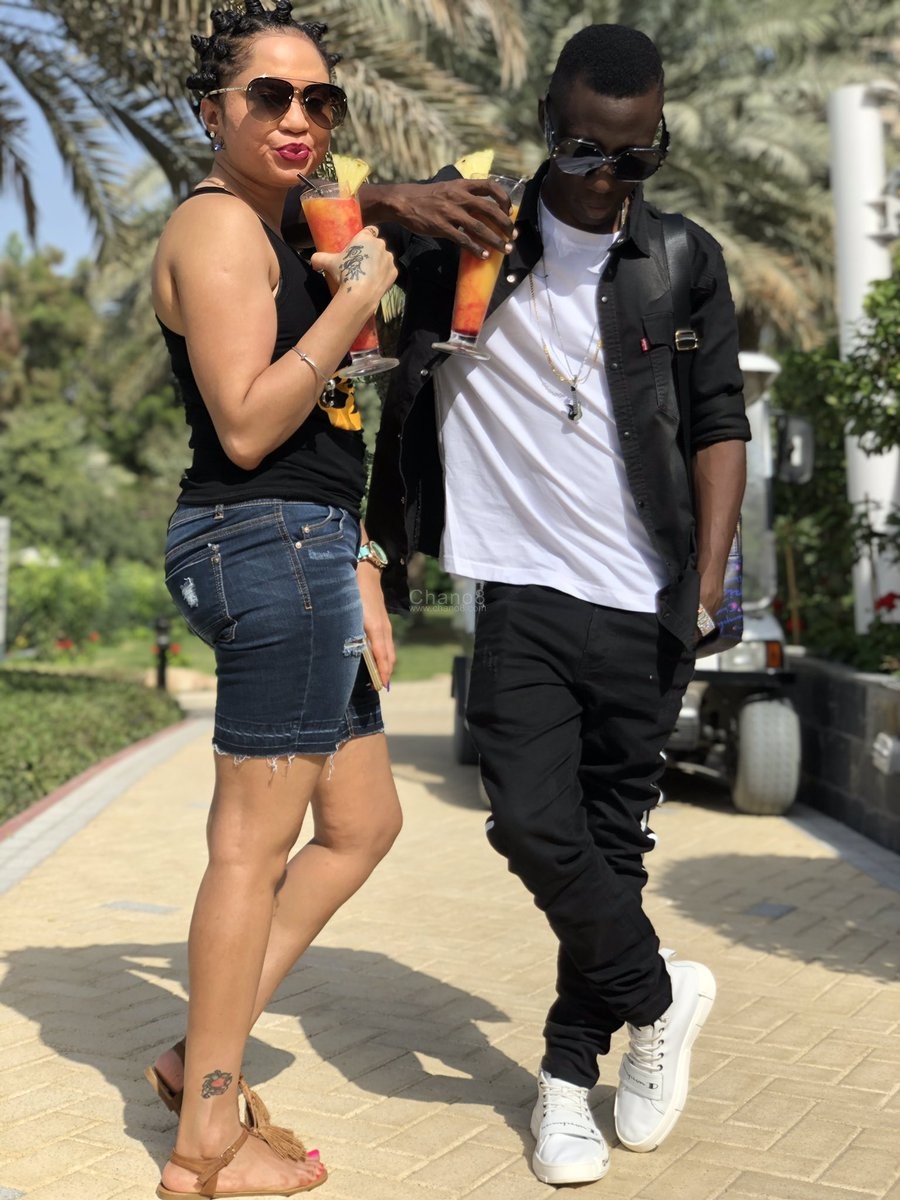 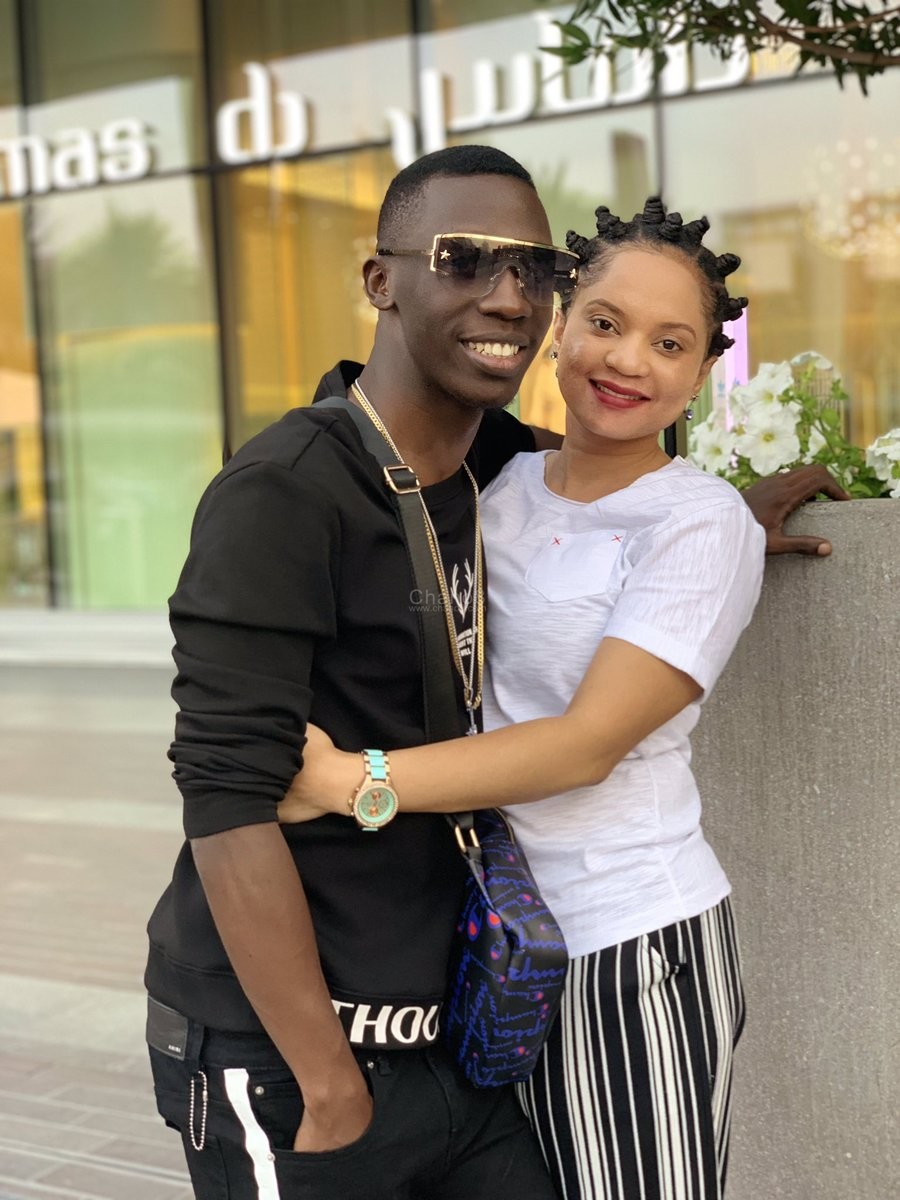 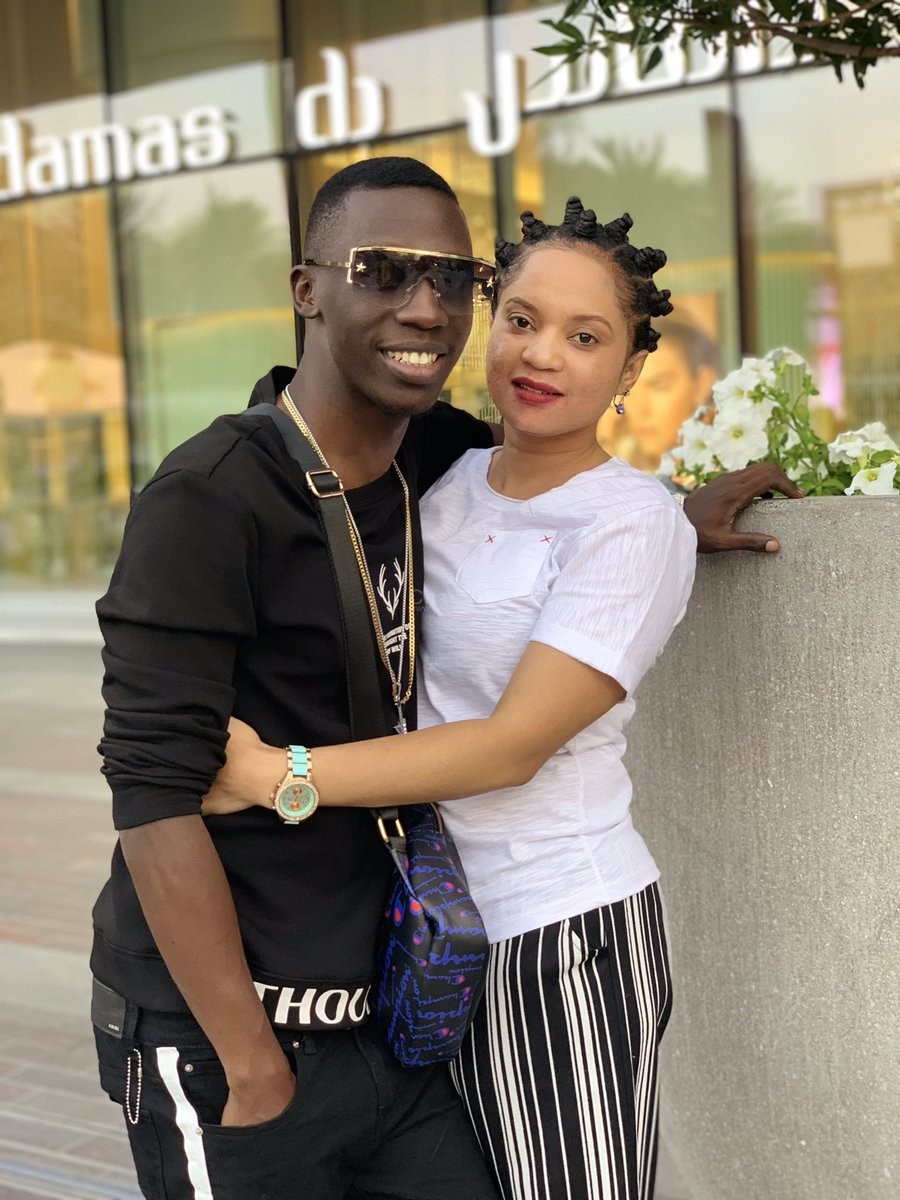