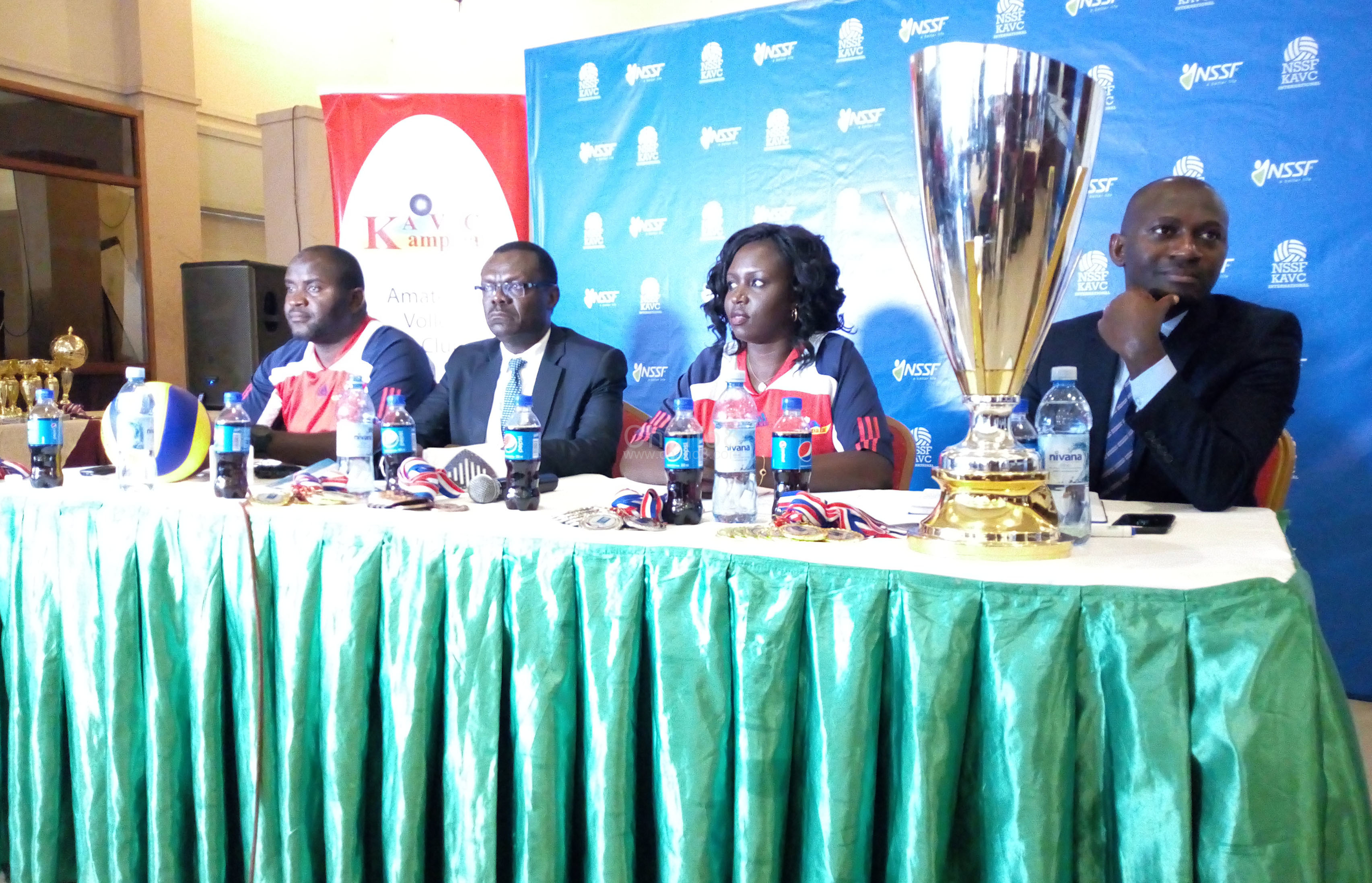 This year’s tournament will take place from 2nd to 4th August 2019 at Lugogo Indoor Arena and Hockey Grounds. 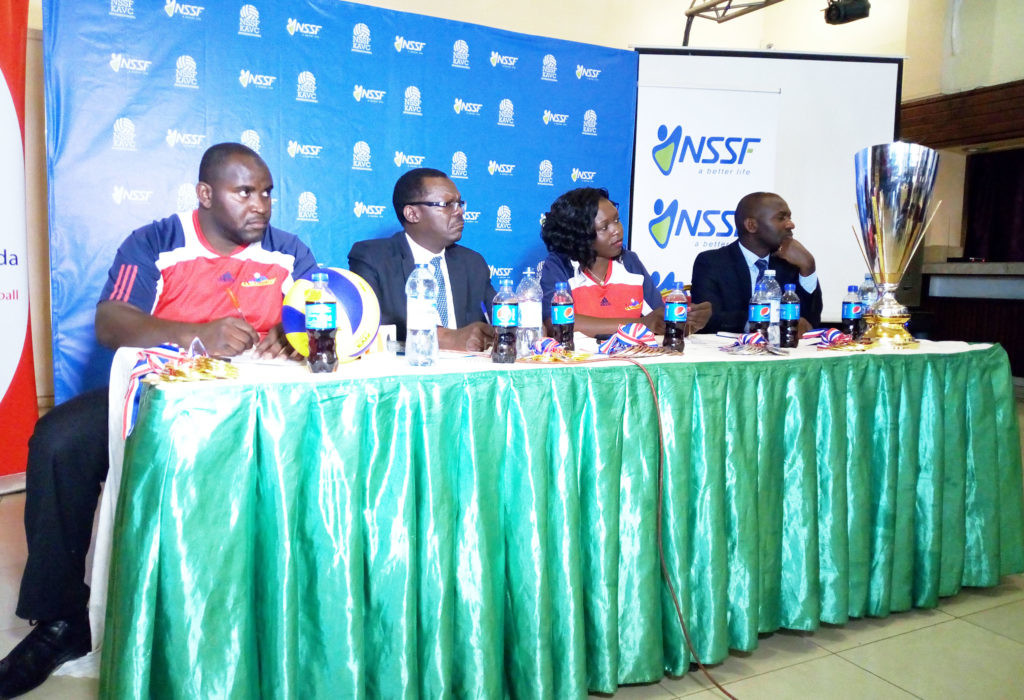 Officials from KAVC and sponsors NSSF addressing journalists at the press briefing.

While announcing the sponsorship this morning at Chopper Chimney Restaurant in Lugogo, NSSF Deputy Managing Director, Patrick Ayota told the media that an increase in prize money is intended to motivate and boost completion among the participating teams.

“As the tournament grows locally and regionally, it is important that our support matches the importance of the competition to both our Ugandan clubs and the others within the region. It is also important that we motivate the teams and reward the hard work that goes into preparing for a tournament of this magnitude.” He said

Still at the same media briefing, Ayota added that, the Fund’s support to this tournament is in line with its social responsibility intervention to support youth initiatives. 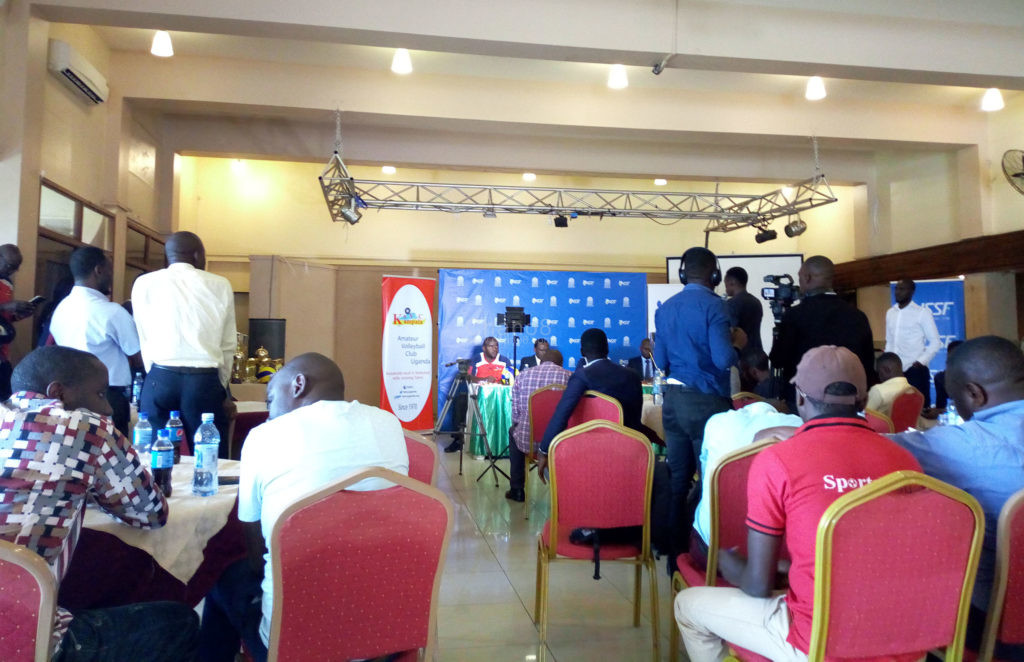 Journalists attending the press conference this morning in Lugogo.

“We are glad to play our part, along with other partners in sports, to nurture and grow local talent by exposing our Ugandan teams to the highest level of competition available in the region”

“I liked what I saw from our Uganda teams last year. I would like to challenge you to keep the trophies home” Ayota added.

“The tournament provides a strong platform for individual players to showcase their talent and many of our players have completely utilized this opportunity and therefore been able to join professional clubs abroad”.  An excited Kure said.

The funds will be used to boost the preparations and the tournament itself in supporting areas of publicity, event venue hire, cash prizes and accolades for outstanding players, referees and welfare. 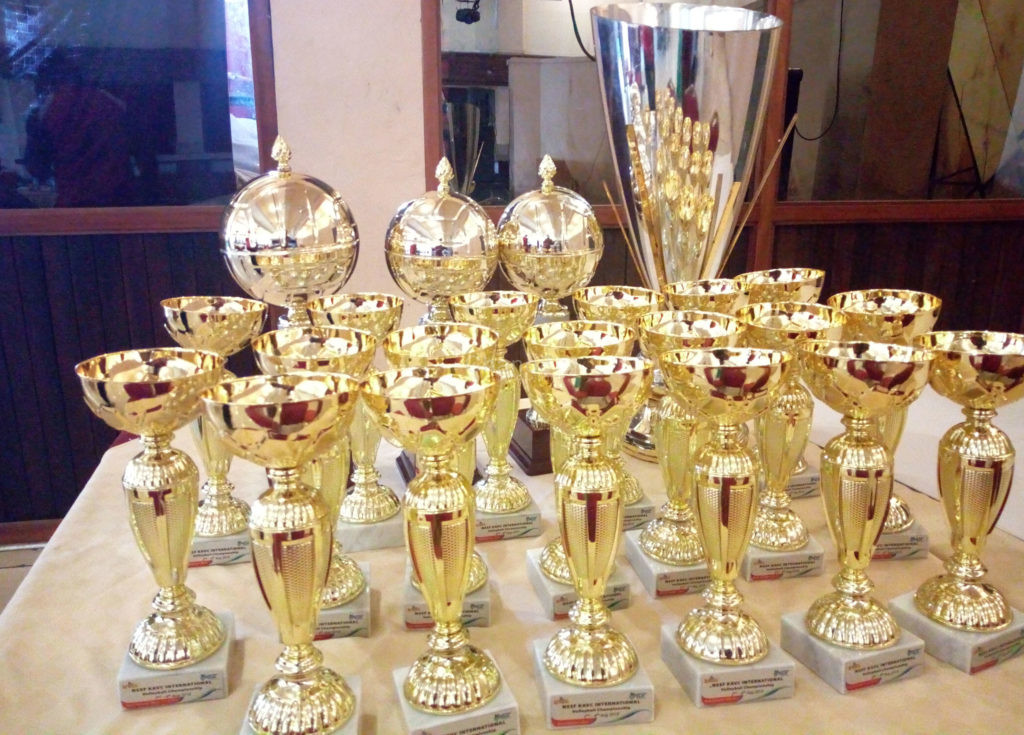 Some of the trophies on offer to be won by the teams and players being displayed.

The organisers also say, this year, Man of the Match awards will be given from the quarter final stage and there will also be a prize for fans who stand a chance of winning a trip for 2 to Lake Bunyonyi and Para Lodge.

The 2019 NSSF KAVC International has attracted about 40 teams from Uganda, Rwanda, Burundi, DRC South Sudan, Kenya and Tanzania with Uganda’s KAVC and Ndjje University for Men and Women categories respectively as defending champions. 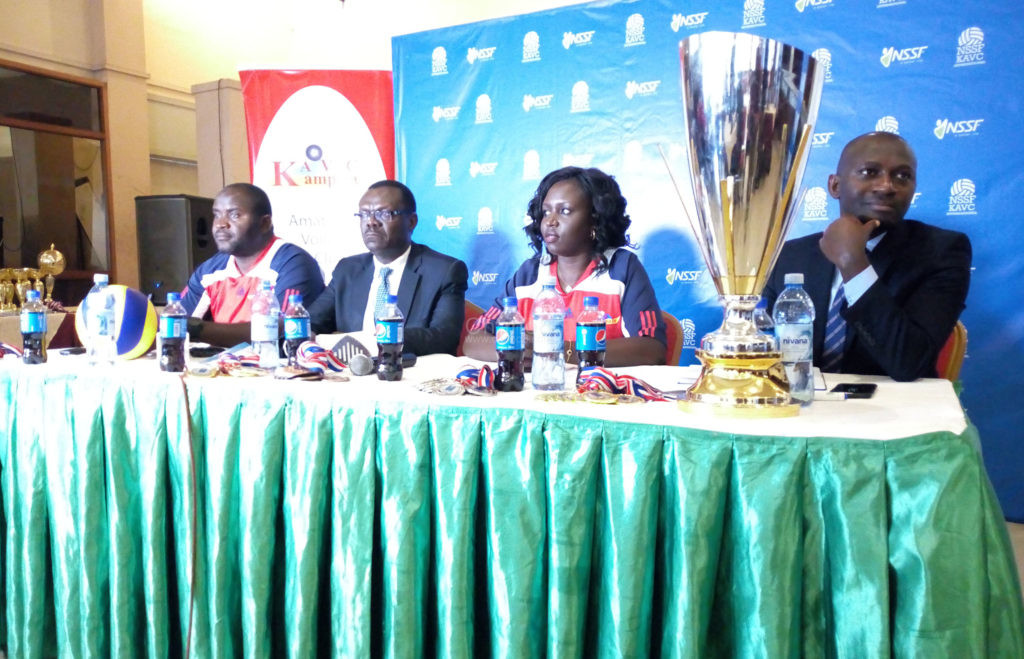