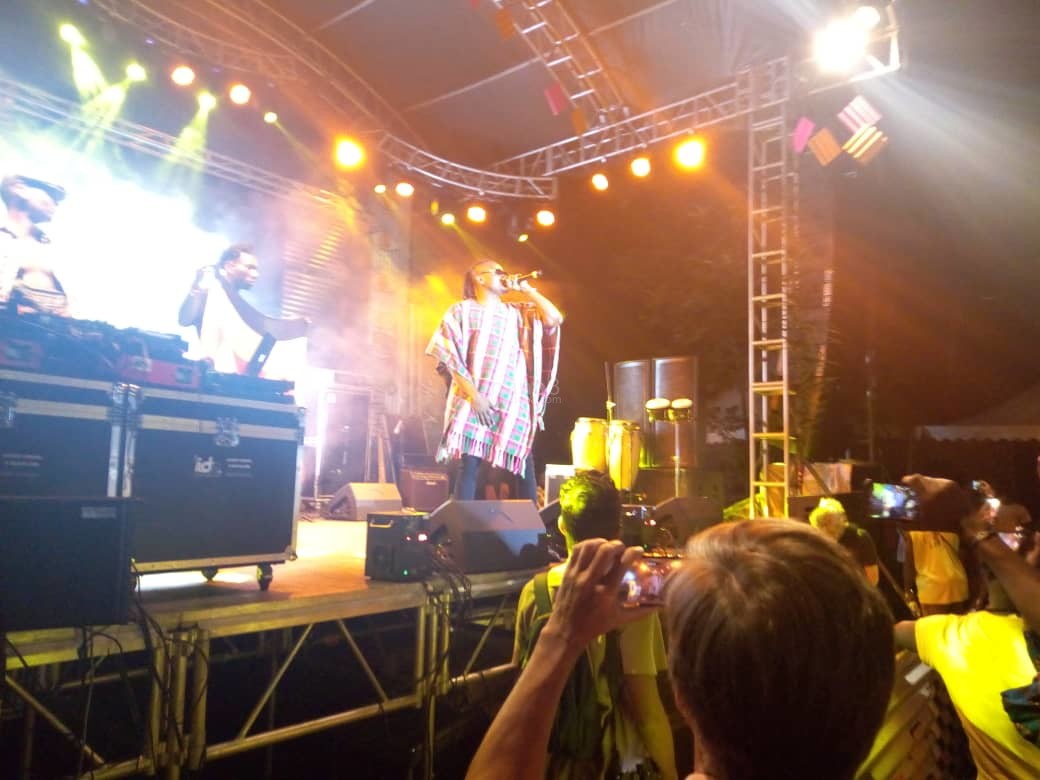 The 5th edition of Nyege Nyege Festival which kicked off on Thursday September 5th is is officially on the cruise as day 2 served revellers with a mashed up menu of music and entertainment.

Self styled King of the East Pallaso who took to stage at 7:30 PM particularly dominated the early stages of day 2 as he unleashed some energetic rap flows that got the revellers raising their arms in ecstasy as he animated them with chants with shouts of ‘Nyege Nyege’ from the main stage.

His new tune ‘Kirira’ as well as old bunger ‘Go Down Low’ were particularly well received.

Although other stages were full of life too, the ‘Bell Experience’ where sponsors Bell Larger have their camping village is illuminated as usual with lots of activities from board games to music mixes on stage.

Uganda Waragi their sisters from UBL and co-sponsors too have a cool village nearby with games and mainly a corporate patronage.

The numbers as usual are not disappointing as more revellers and tourists keep pouring for the festival now considered Africa’s biggest.

Saturday which usually attracts the biggest crowds at all the 5 stages is expected to massive too as event organisers Talent Africa have lined up a series of activities and performances.

“I am super excited like crazy. I came all the way from Europe just for this festival”. said an excited reveller who only identified himself as Joss.