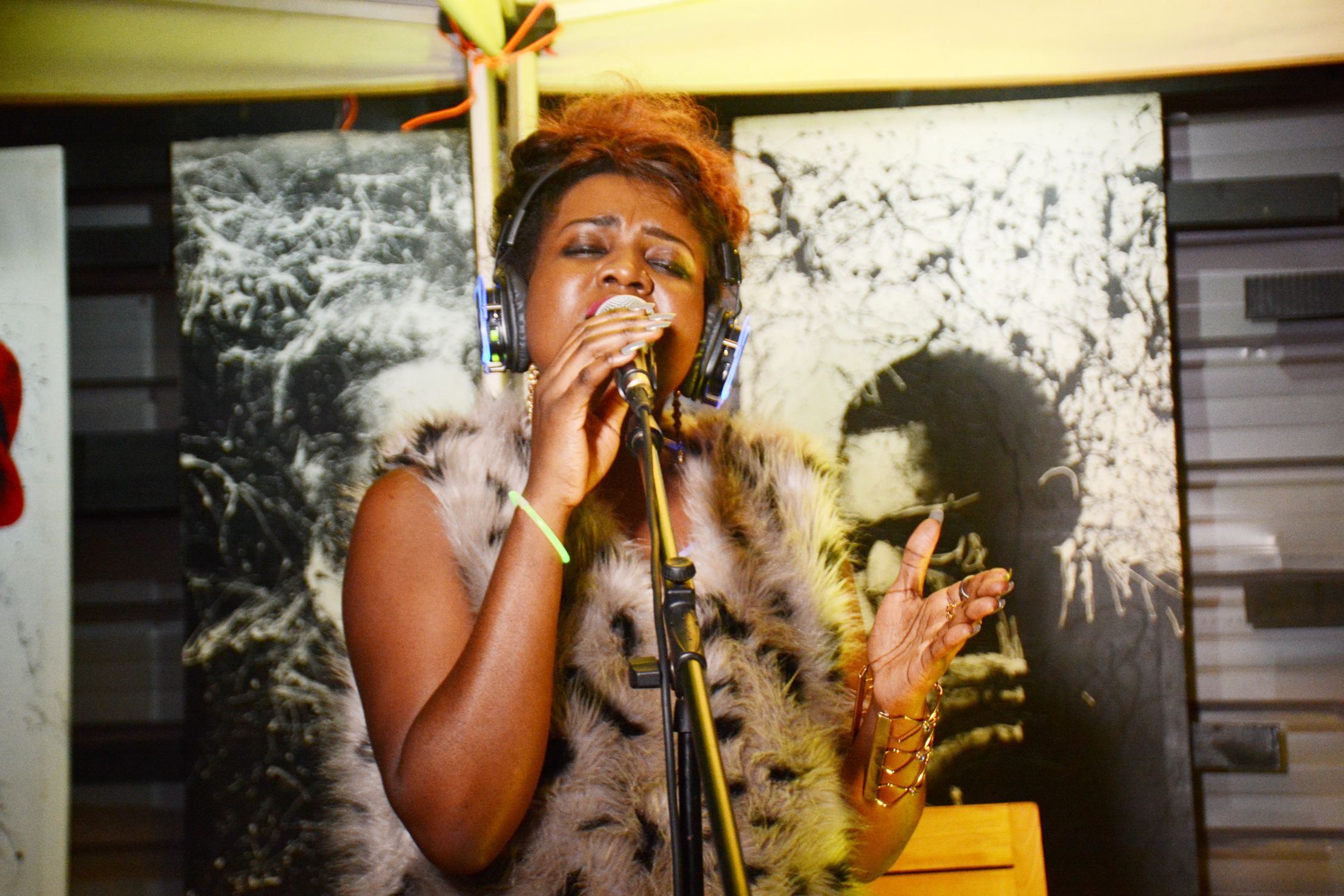 It is said that no one parties more than a Ugandan and this adage has for long been proven to be true especially in East Africa where Ugandans seem not to get tired when it comes to new ways of partying and new hangouts. Radio City’s presenter Bryan Kella McKenzie has been in the forefront of coming up with new ideas to give something new for Ugandans to enjoy themselves.

After his successful series of silent discos he has been organising in and outside Kampala, the presenter decided to take it a notch higher by introducing something new he called ‘Obunuzi’ (Runyankore for sweetness) in which he incorporate live acoustic performances into his silent disco concept which worked wonders on its first edition that took place on Thursday June 8th at Bugolobi-based Monot Bar and Lounge.

“In 2015, I held a private show in Mbarara where we had only guitars and vocalists; we decided to use our wireless headphones to listen to the sound of the acoustic amplified and straight to the earlier… The experience was too sweet, but then we didn’t have enough equipment to make it a big show.” He explained to www.chano8.com about how the whole idea started.

With this being the first edition, he had a strong line up of artistes to kick start the sweet experience where performances are so up close and personal, you can easily think it’s exclusively for only individuals. The line up of Allan Toniks, Quela’s Joe Kahiri and Melo-voiced Naava Grey did not disappoint on the night.

The trio showing of some vocal prowess bellowed their messages directly into the ears of their audience with the glowing headsets transmitting every detail of the sweetness in the melodies. 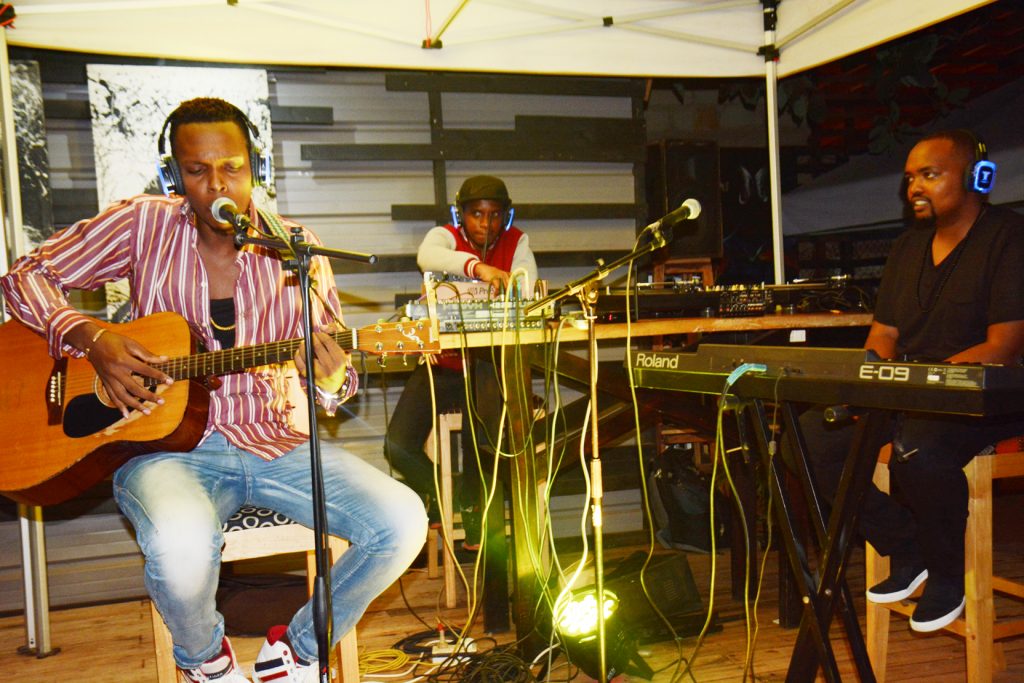 When McKenzie who was the host took to stage and introduced the event, the lights glowing on the headsets from the audience seemed to get even brighter as if to say ‘we feel you’. Allan Toniks was first on stage armed with an acoustic guitar. As he plucked away complimenting his sweet voice, McKenzie sat next to him and moderated proceedings as the crowd mostly of excited young ladies sang along.

Toniks performed most of his popular songs like That Girl,   Mungatto, Nsubiza,Tugende Tukyekole, Nzewuwo and Oli Kumulamwa but then the sing-along session got louder when he did the song that announced his entry onto the music scene Beera Nange forcing some of the ladies off their seats. 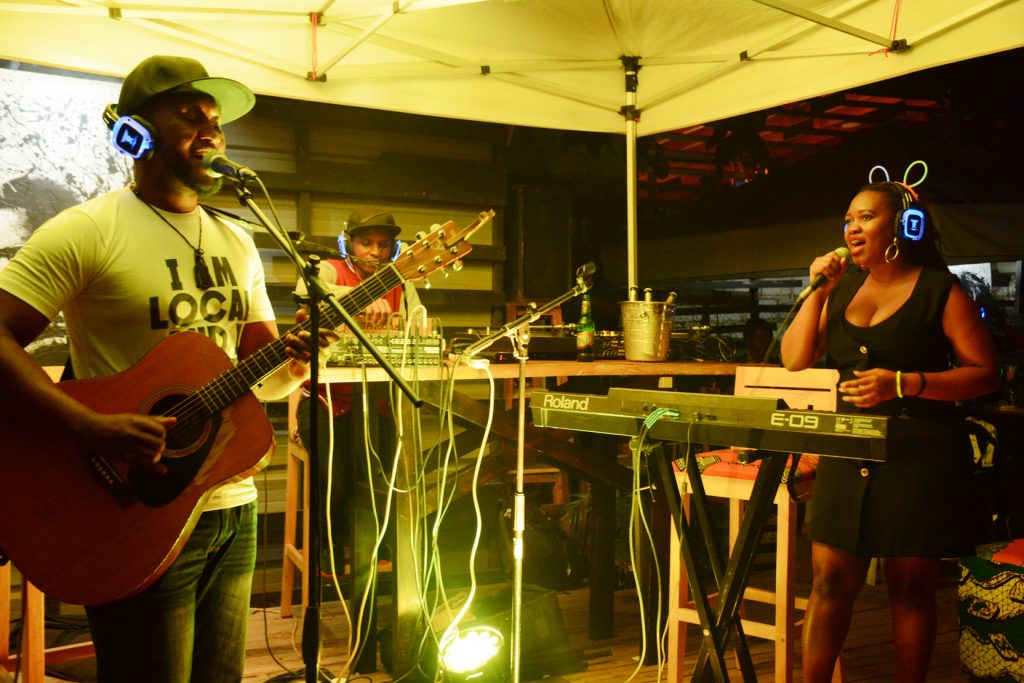 Joe Kahiri spiced up his performances with poetry and dance

Toniks performance has set the tone for the evening and when Joe Kahiri took to the stage next, the Obunuzi shouts got even more vivid as he put up another master act with had a mixture of poetry Kiga folk lore and acoustics with most of his songs in Rukiga with African jazz flavour. He crowned it all with a Kiga dance also known as Kizino to the delight of the crowd. 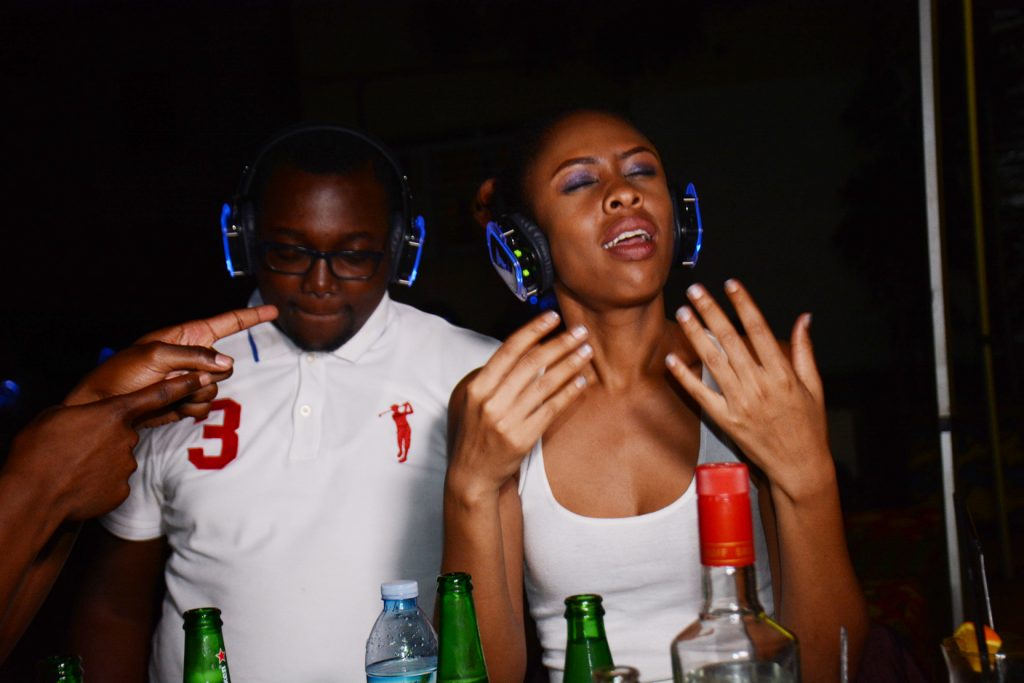 The evening’s performances were closed by Naava Grey who was instead backed up by a keyboard and vocalist Jacinta instead of the acoustic guitar and when she engaged the crowd asking them to join her, they duly obliged and turned the place that had been silent into some kind of karoeke session. The fans kept interrupting her with ‘requests’, ‘dedications and ‘replays’.

Her songs like  Soka Lami , Alib’omu , Ninga Omuloge, Ndiwano, Kyusa and Sitaki remain popular but just like in the case of Toniks, it was an old hit Nteredde that got the fans more excited. They sang and danced like there was no tomorrow. 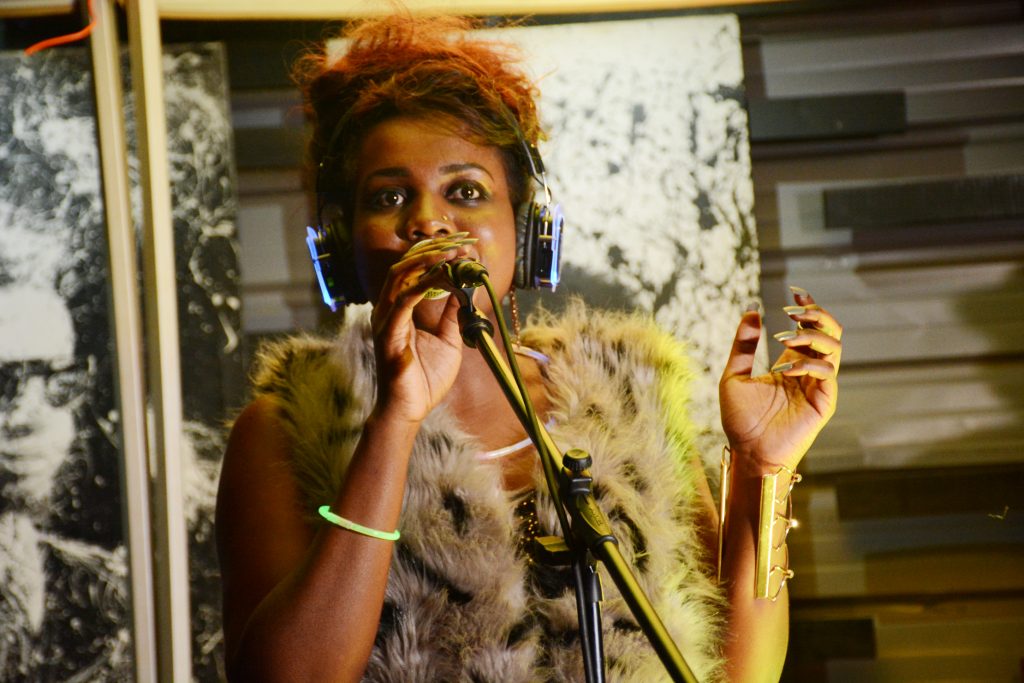 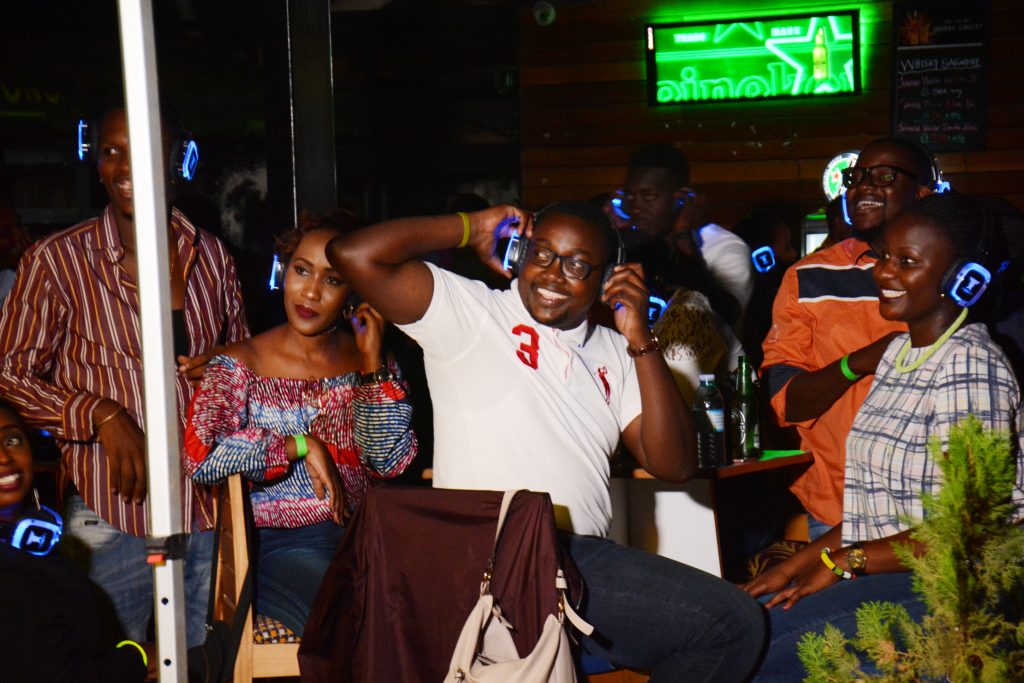 “I have enjoyed myself, this is so wonderful. Thanks McKenzie for the lovely Obunuzi idea. I am a big fan of Naava Grey and i have enjoyed her performance today and can’t wait for more” said an excited fan who identified herself only as Berbie.

And indeed she will have a chance to enjoy Obunuzi again as McKnzie said this will happen every first Thursday of the month at the same venue. Entry fee is 30,000/- with Nile Gold and Radio City in full support. The fan continued late into the night with 3 Djays playing on 3 different channels for the crowd to choose from. 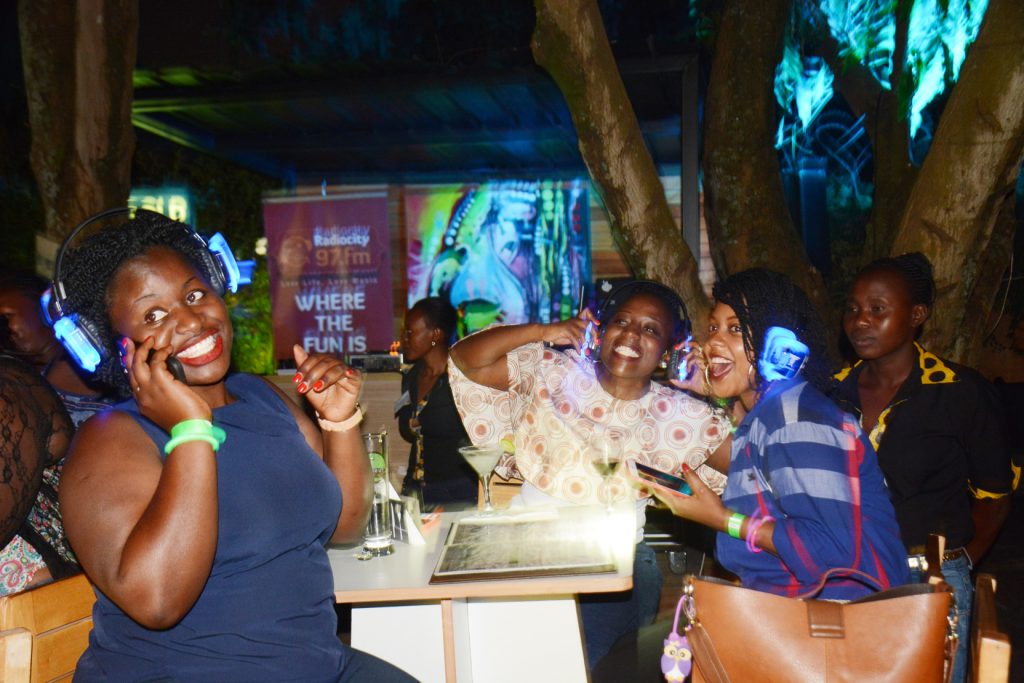 The ladies enjoying the music