Despite all the drama that Pallaso has been creating around the media of his beef with Sheebah, he in a mocking gesture knelt in front of WBS cameras and pleaded to the ‘Nkwatako’ artiste to forgive him.

Pallaso did this last Friday while on ‘Turn It Up’ programme and mentioned of how he loves Sheebah no matter what because neither of them are defined by their mistakes. He also went ahead and said that his gesture is out of gratitude because of the history they both share. 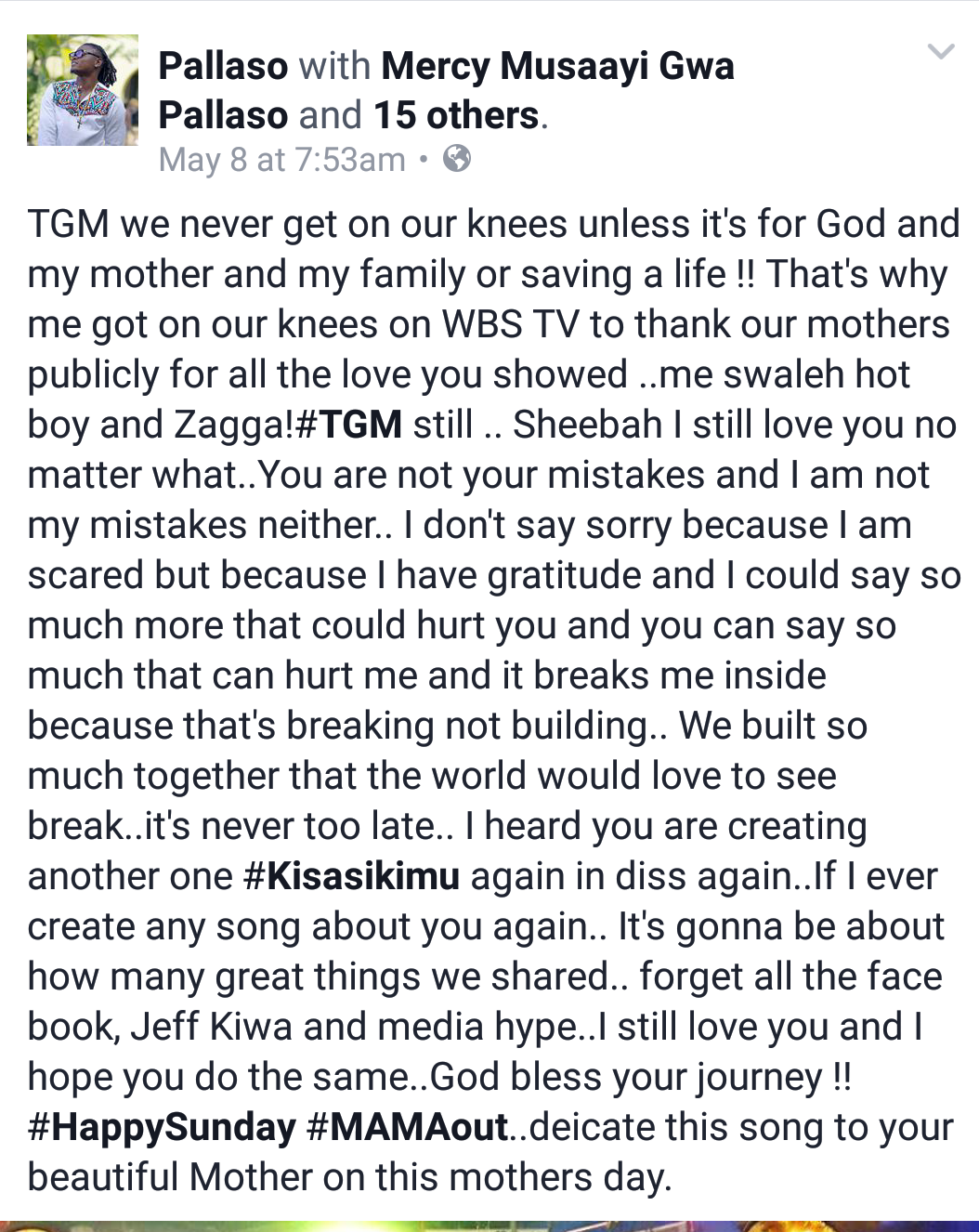 The ‘Bubble It’ artiste further said that any song he will release about Sheebah will be about the great things they shared together. 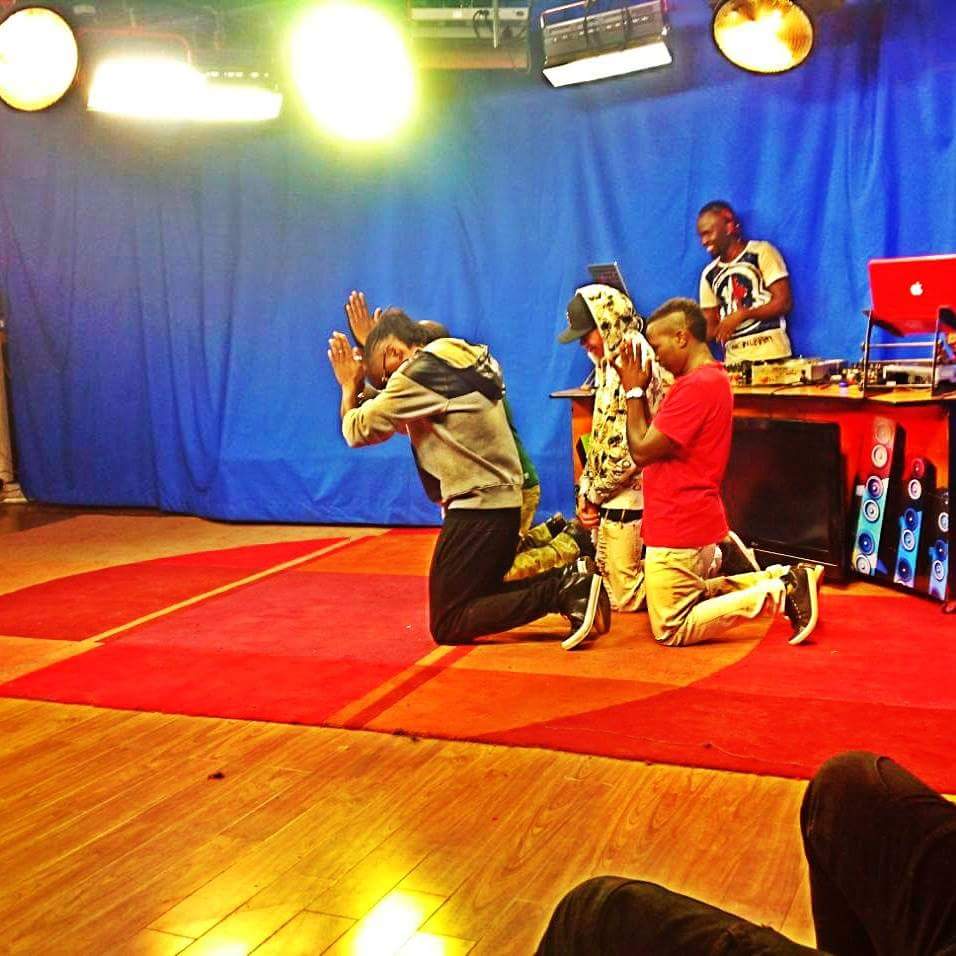 However, the Team No Sleep camp hasn’t come out to say anything about Pallaso’s apology.

Sheeba and Pallaso were a dynamic duo behind tracks like ‘Go down low’ and ‘Mundongo’ among others about a year ago. During that time, they were signed to Team No Sleep (TNS) until Pallaso decided to go solo after he accused Jeff Kiwa, the CEO of TNS of killing his young brother AK47.