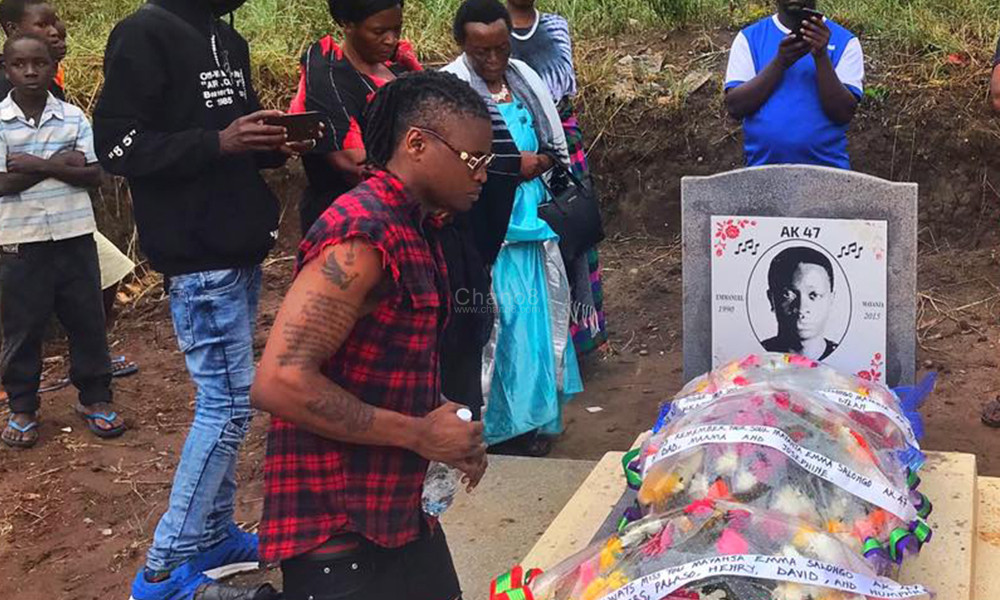 It is four years now since Dancehall singer AK 47 died. His death still remains a mystery because no one has so far been held accountable.

His brothers, Jose Chameleone, Weasel and Pallaso have made it a custom to always visit his grave every 16th of March to pay their tribute. Last Saturday was a bit different because Chameleone is not in the country but that couldn’t stop Pallaso from heading to Mityana with bouquets of  flowers.

While there, Pallaso also said a prayer for his little brother before posting a touching message to him in which he also said that he wears his clothes so that he feels close to him.

“I still imagine you walking up to me every day, I kept some of your cloths sometimes I wear them just to see you through me and know you are still close. You might be away but you are not gone,” were some of the words Pallaso wrote.

He also added that he prays for him all the time and that their mother’s tears will never dry away because of AK 47’s untimely death.

“Rest In Peace my brother oh and one more thing, people love you so much more now because you died and your music is played everywhere now.” Pallaso concluded 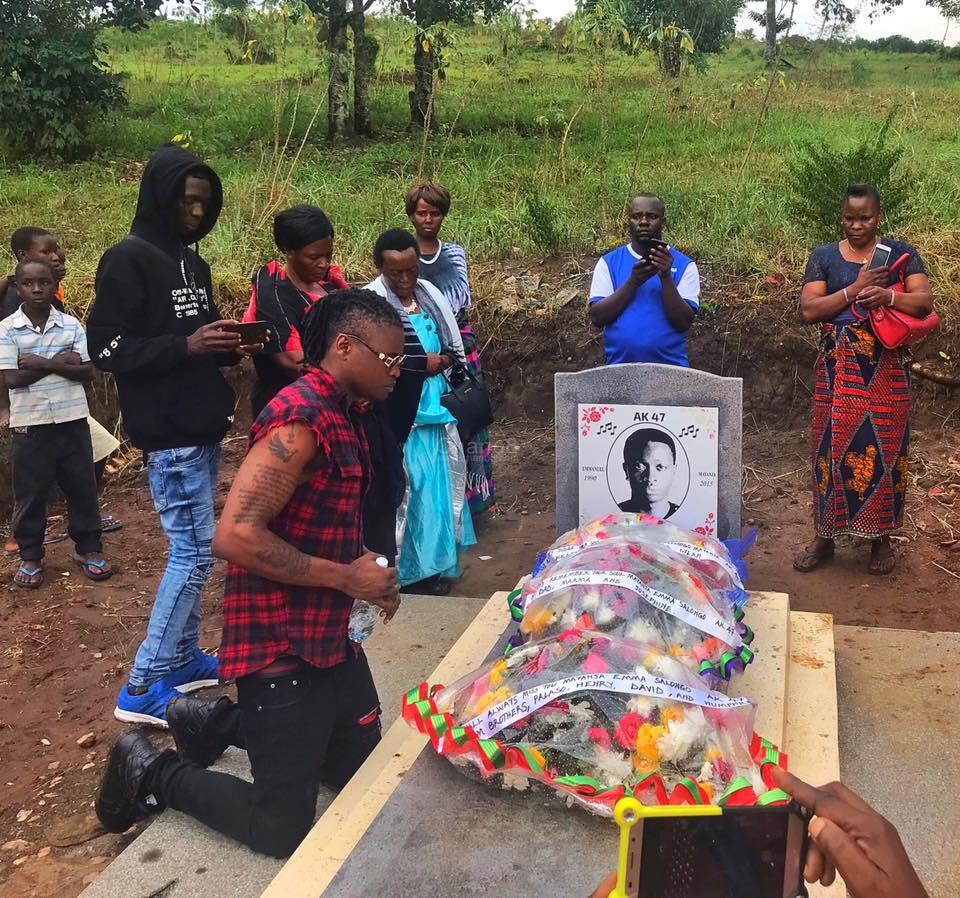