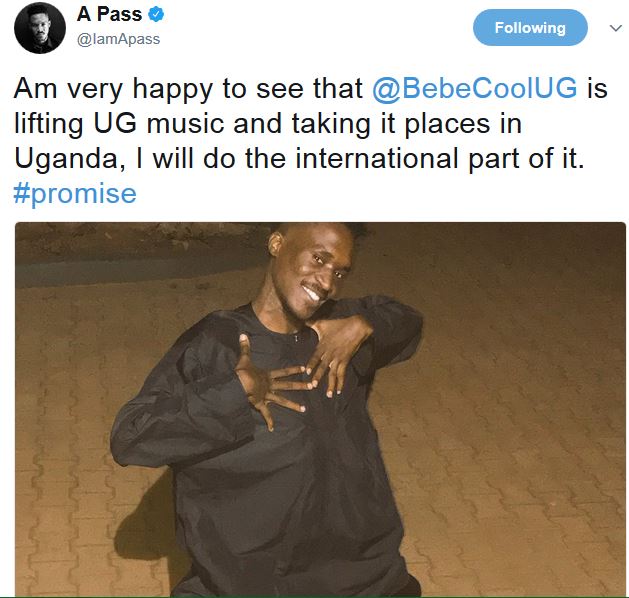 A Pass is lately more influential on social media than with his music career and this is mainly of the things he posts on his pages. If he is not having a haircut of Ug Shs 2M, he is wearing a tie of Shs 3M but on Friday, he attacked someone he shouldn’t have attacked.

Much as the post was somehow witty, A Pass went a little bit overboard when he said Bebe Cool should leave the international bit to him.

“Am very happy to see that Bebe Cool is lifting Ugandan music and taking it places in Uganda. I will do the international part of it.” he tweeted meaning that the ‘Love You Every Day’ singer is doing nothing but just lifting the Ugandan music industry while A Pass should be entrusted with taking it international. 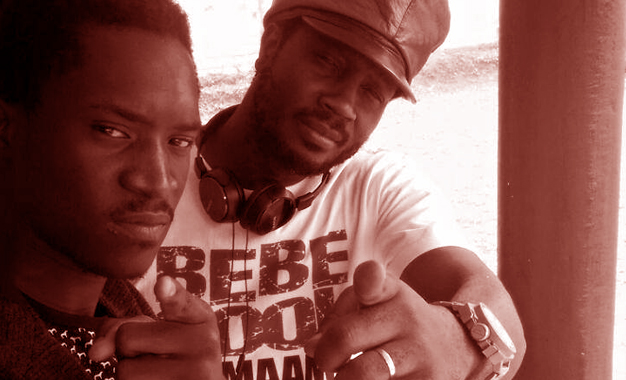 Should Bebe Cool leave the international part to A Pass?

This comes at a point when Bebe Cool is facing a lot of criticisms for his recent rant on social media about people attacking his wife because of Bobi Wine’s Parliamentary win.

We don’t know yet but this might have put the artiste’s relationship in a compromising state because it doesn’t go away that easily when it comes to matters to do with Bebe Cool.