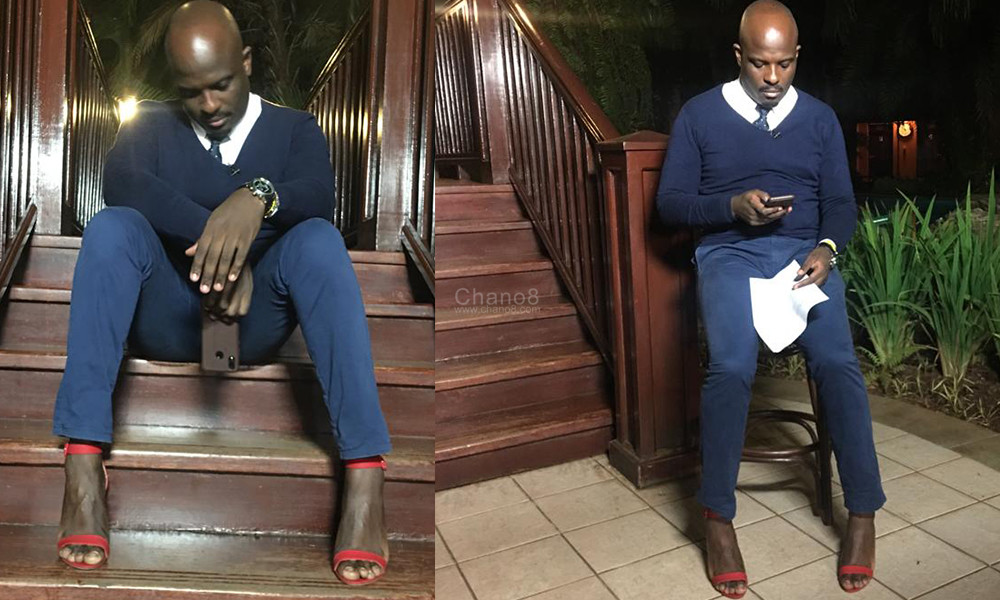 A few days towards the UEFA Europa League grand finale between Arsenal and Chelsea which was played on Wednesday the 29th of May in Azerbaijan’s capital Baku, NTV’s Joel Khamadi who is staunch Arsenal supporter had betted that if they lost the to Chelsea, he was going to present the NTV Press Box show in ladies high heels

With all the hopes that Arsenal was going to do magic so that he survives the ladies’ shoes, things didn’t go as he hoped. His team lost. For that therefore, Jeol had to with no excuses honour the bet, come clad in high heels and that was drama that during the live show which airs every Monday at 9:45 PM.

Imagine NTV’s Joel Khamadi in high heels!. He stunned in a pair of red high heels and he wasn’t ashamed at all. Those who watched didn’t keep quiet about it but took to social media to share their reaction

“I feel you pain bro @Joel_Khamadi! Being a woman ain’t easy” One Twitter tweeted. “@Joel_Khamadi needs to do the walk, in those heels. Not those things of holding holding himself on the rail for balance” Another one tweeted 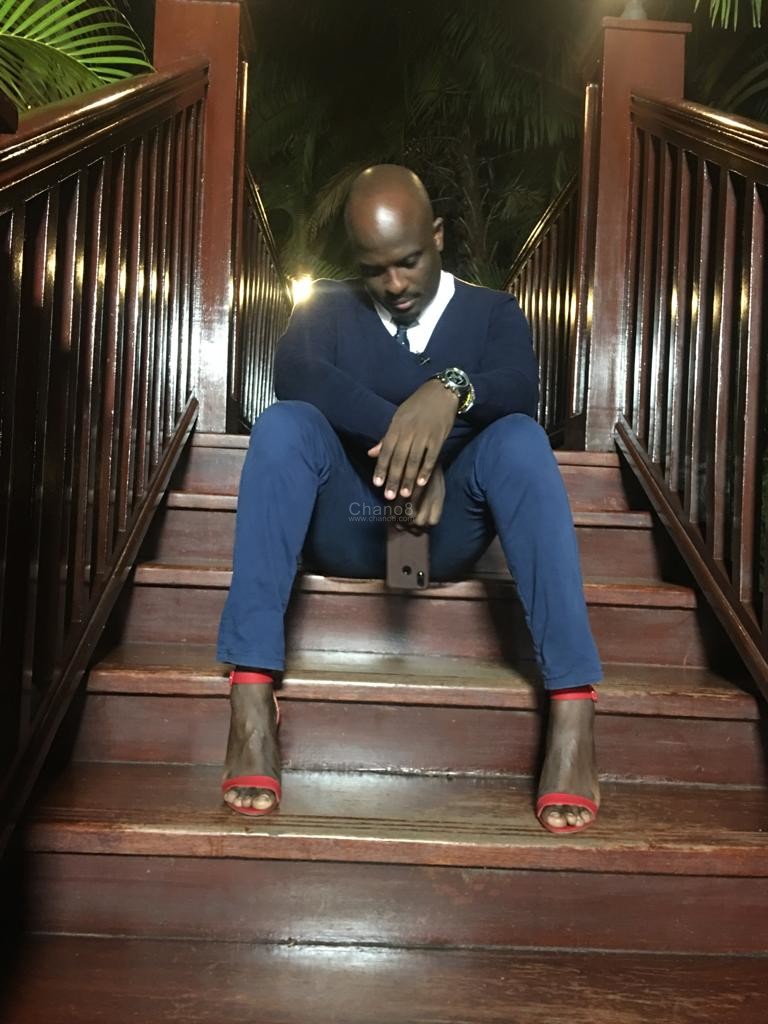