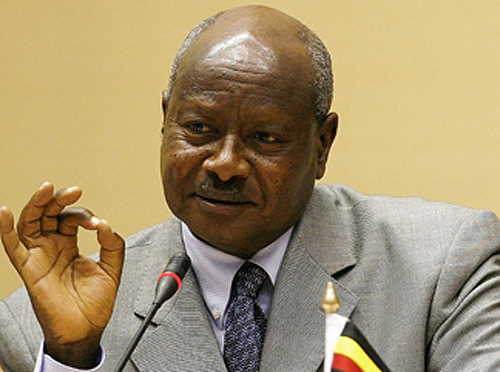 Mourners from all walks of life flooded Mityana district today to pay their last respects to AK47 who was laid to rest at his ancestral home. With narrow, dusty, jam packed roads, several people opted to leave their cars in the nearest trading center and had to walk over 10km to the burial place while others opted for boda boda rides to try and save time. 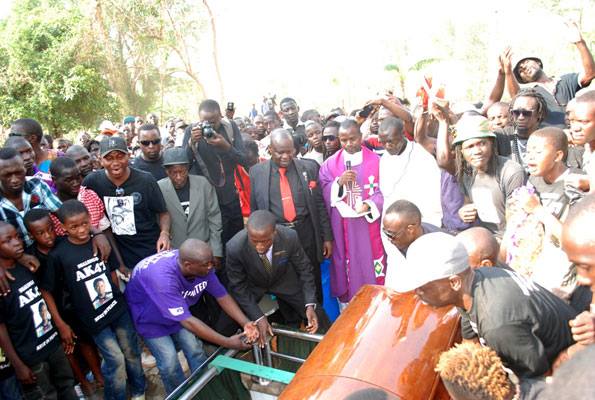 AK47 laid to rest at his ancestral home in Mityana. (Photo by Daily Monitor)

It was revealed during the burial ceremony of AK47 that President Museveni had contributed 10 million shillings towards the completion of AK47‘s house. The president joins a list of several celebrities led by music promoter Ballam and Bobi Wine who had started fundraising for the completion of the fallen star’s house.

According to a preliminary post-mortem result, the singer is believed to have been killed by a wound on the back of his head which caused internal bleeding. However, Police hasn’t yet confirmed whether he was hit or he obtained it after the fall.

We shall keep you posted on any new developments.