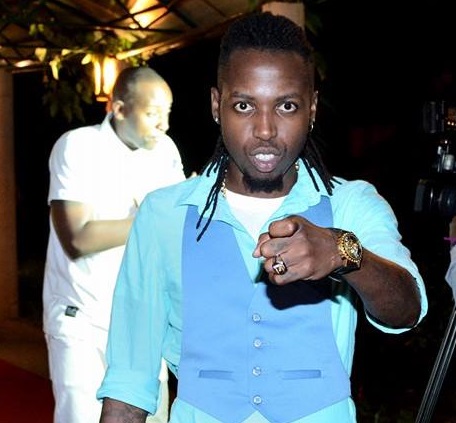 If you remember tracks like Bwekili, Mukyamu, Oli mubi, side dish alongside Cindy and searching among others, then you’ll agree with me that Rabadaba was arguably one of the best dancehall artiste in three consecutive years from 2009 to 2012.

He was the only Ugandan artiste to get the attention of Beenie during his visit to Uganda a couple of years ago in that he wanted a duet with him but it was never to be.

Rabadaba went off the scene for some period of time due to unavoidable circumstances until he came back on top with love portion with Don Mc that became a people’s favorite.

Rabadaba back with a bang

He is back at it again this year with a brand new track called Back it up alongside Big Trill. The track was recorded at Buddies studio by producer Andy Music and it’s basically for club goers.

“The track is 180% fun times and it’s for happy people to dance to. This song is for the club goers.” He said about the song.