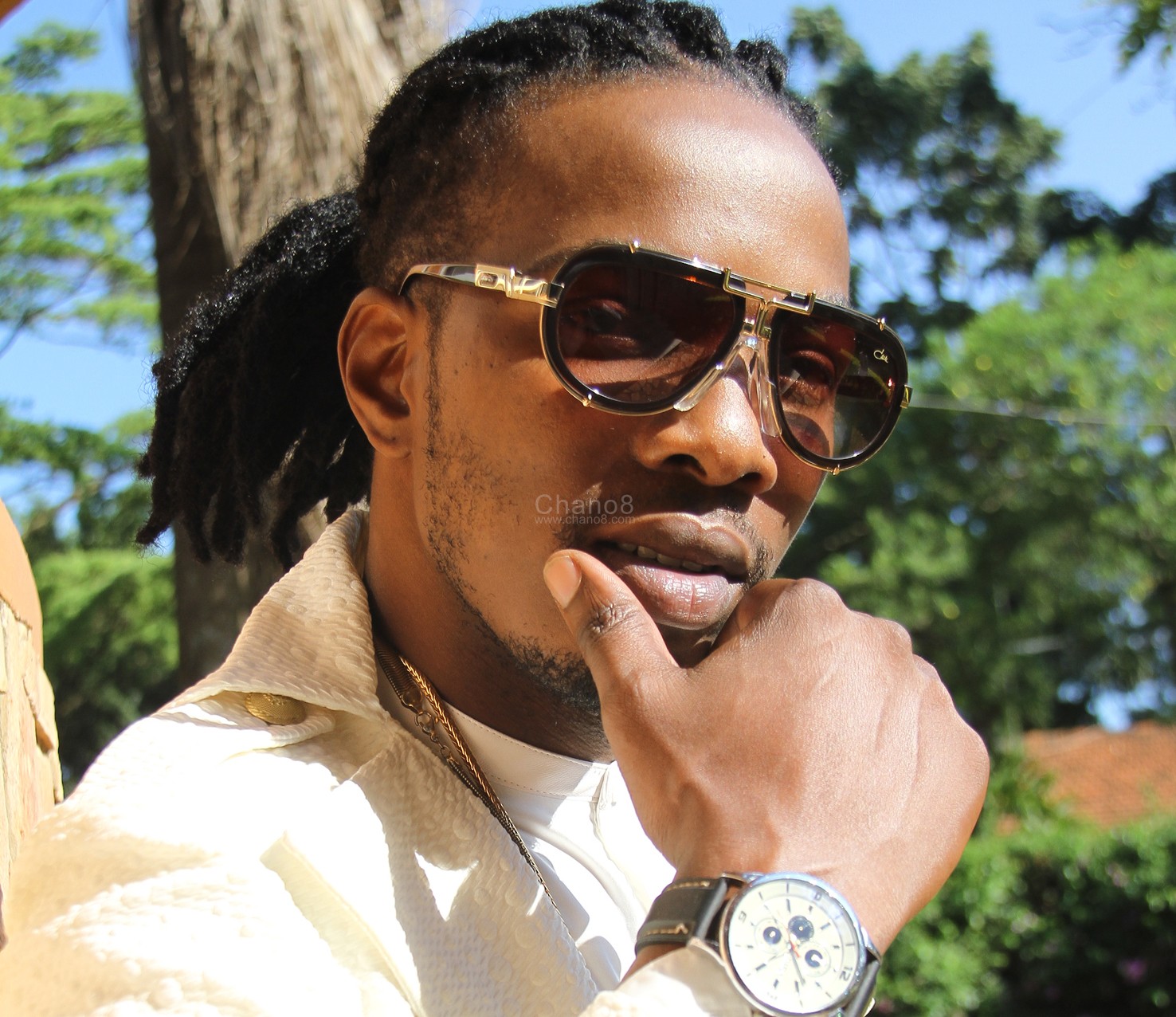 It is true that when rapper GNL Zamba left Uganda for Hollywood, USA to push and polish his acting career as well as doing other personal things, his song production rate kind of reduced .This does not however mean that he faded away just some of his critics and artistes like Gravity Omutujju allege.

In one of the lines in his latest song dubbed ‘Vibranium Freestyle’, GNL told off his critics that it’s not a comeback but just a continuation ahead of the release of two albums this year so fans and well wishers have more reason to look out for what is next from the rapper

GNL is undoubtedly one of the biggest rappers Uganda has ever had with big songs like ‘Soda Jinjale’, ‘Kikankane’, ‘Story Ya Luka’, ‘Koi Koi’ among others but did you know that on top theses songs which earned him a big mileage, GNL has never held a concert . He had announced to hold one in 2014 but it was cancelled.

Fans had gotten excited and ready to go support their favourite rapper but were left disappointed and we hope they will not be this time round if the post on GNL’s official Facebook page is something we should go by.

The Soda Jinjale hit maker who is a busy head working on two albums asked his fans whether they are ready a concert this year.

“I would like to thank all my fans that have supported me throughout my career from Kawempe to Hollywood. We have more to come and are just getting started on #koyikoyi2 I have two albums for you this year. Nsimbi and #TheSpear it is going to be a movie 🎥 🍿 #TheMasterFormular
Are you ready for a UG concert this year?” Read GNL’s post 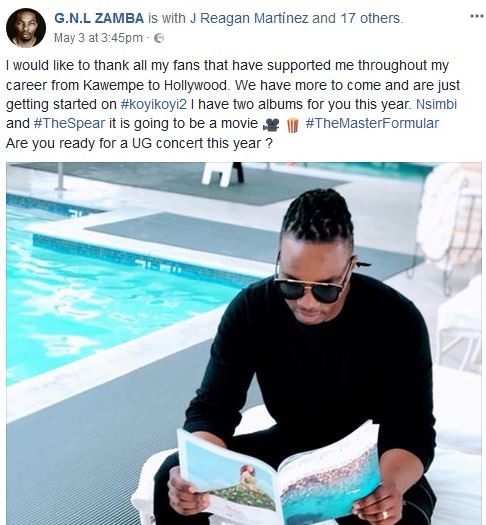 GNL however did not share any details about the concert like date, venue and entry fees but we hope he will anytime soon and Chano8 will keep you in the know.

Meanwhile, this comes in when rapper Gravity Omutujju attacked Zamba and other Hip Hop veterans in his new song ‘Blank Panther’. Gravity alleged that GNL Zamba feared the competition from young rappers like him (Gravity) and went to hide in the USA where he got married to a white lady.