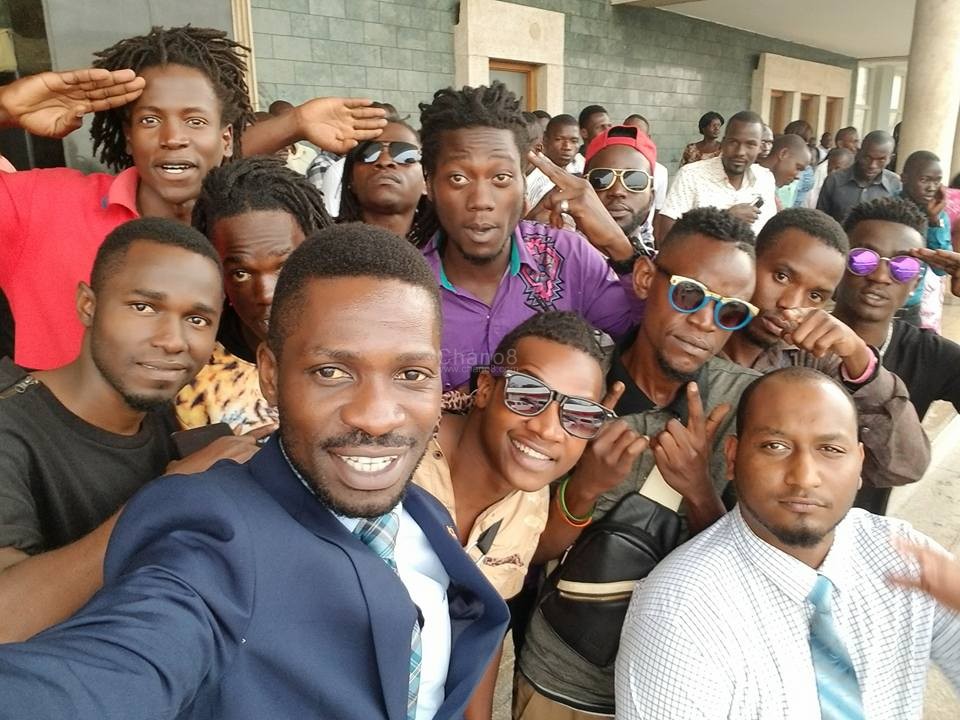 As the Uganda Parliament Week which allows the public to access the premises of parliament comes to an end today the 25th of January, yesterday business almost came at a standstill as Kyadondo East constituency Member of Parliament Ssentamu Robert Kyagulanyi alias Bobi Wine came with youth/his friends from the Kamwokya ghetto where he grew up from.

Amongst the thousands of words Bobi said after he overwhelmingly beat his contenders in the election, Bobi said that ‘if parliament does not go to the ghetto then ghetto will come to parliament’ and indeed Bobi set a trend which other musicians are set to follow come the coming 2021 general elections.

The real reason why Bobi took these youths was not because it was the parliament week but he just simply wanted to inspire them to aspire in order to work hard to be in parliament as MPs as well.

“Today I took the #GhettoYouth for a tour at Parliament. I wanted to inspire them to aspire to come to this place. If it’s about numbers, then we must outnumber the bad minded politicians who make painful decisions for us. If we are the majority, why then can’t we use our numbers. Mwe baana ba ghetto, eno Parliament yammwe, Mujje tuwere bangi ekintu tukigguse.” Bobi wrote on his Facebook page 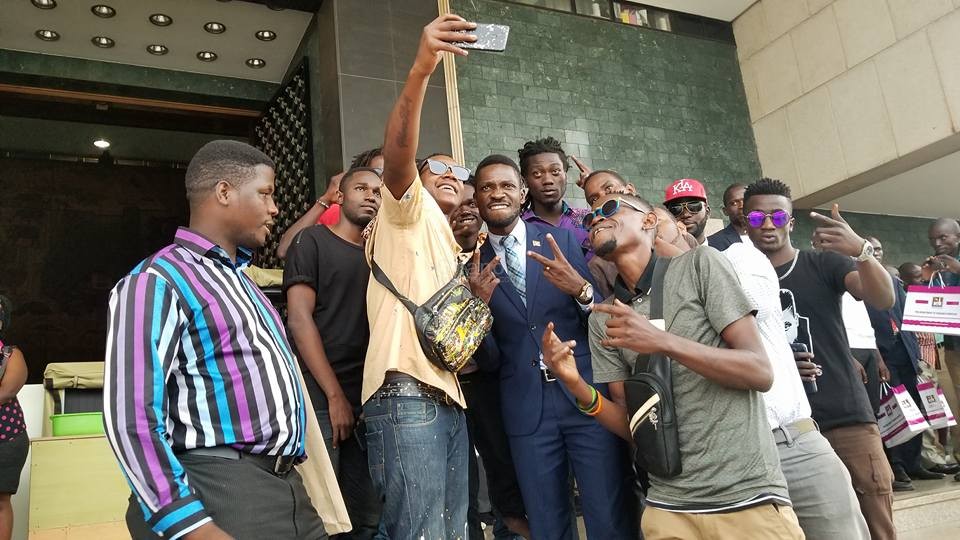 Clad in their freestyle cloths like damaged jeans, t shirts, boots and caps, Bobi Wine took them around parliament inside and out on top of posing for photos with them a thing that almost brought business to a standstill as other MPs and other staff members’ attention was all aimed at Bobi and his boys who were exited to come parliament (some for the very first time)

Bobi Wine’s followers have since then taken to social to commend him for inspiring the youth who are the majority in the entire Ugandan population.

Here are the photos. 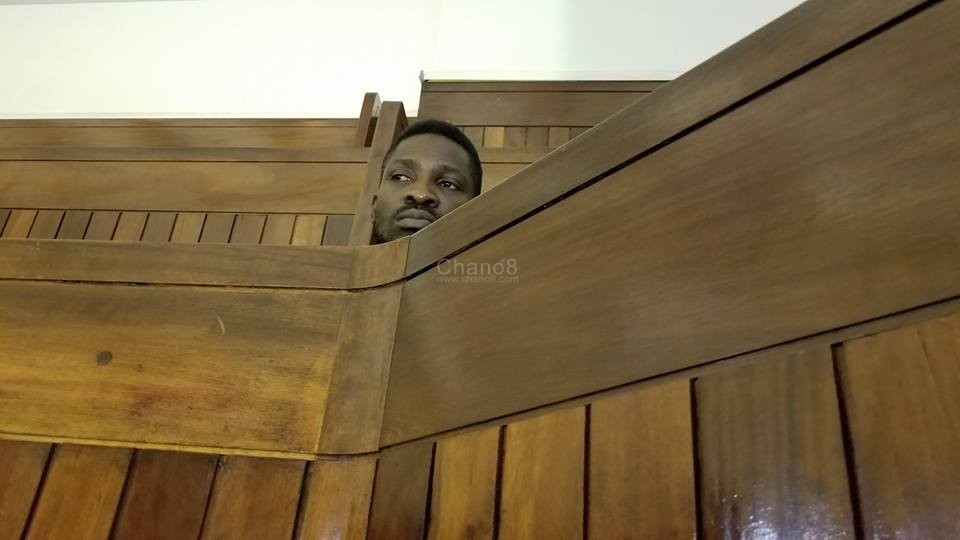 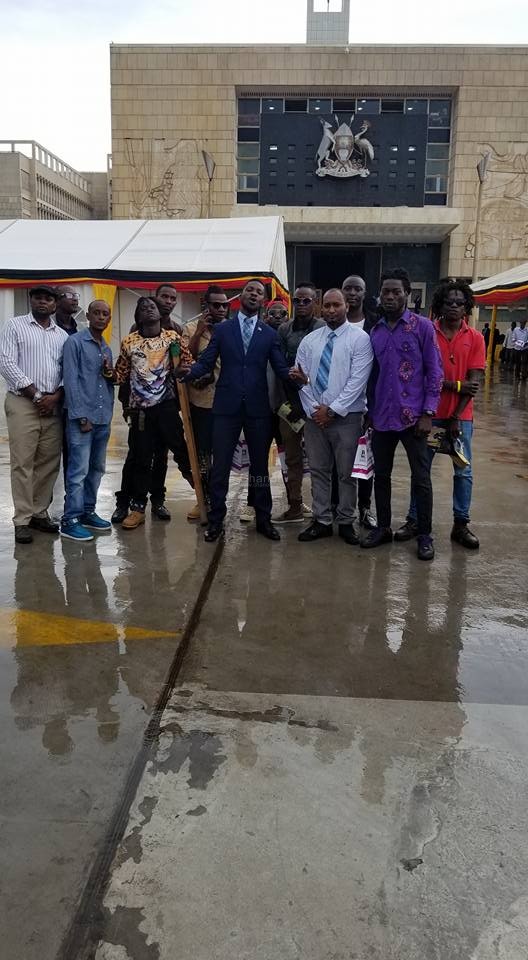 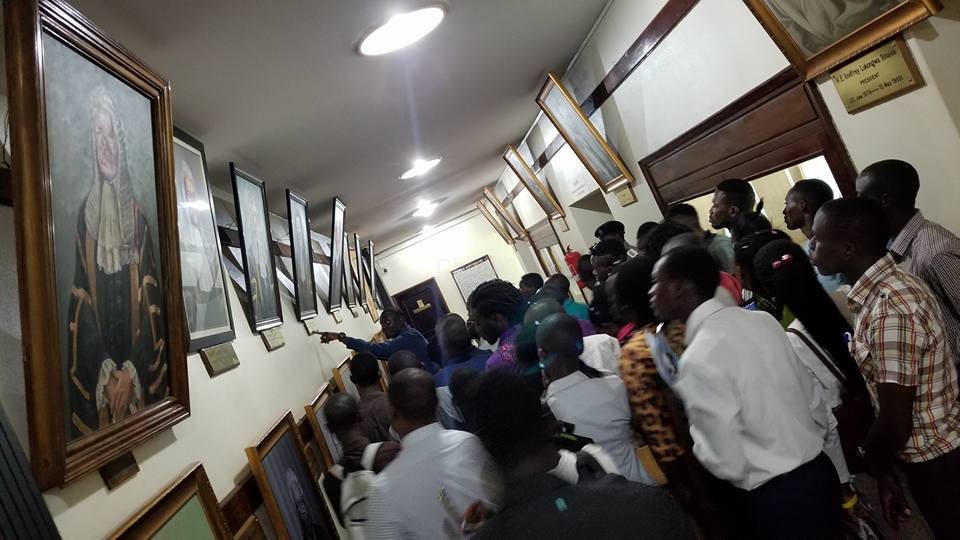 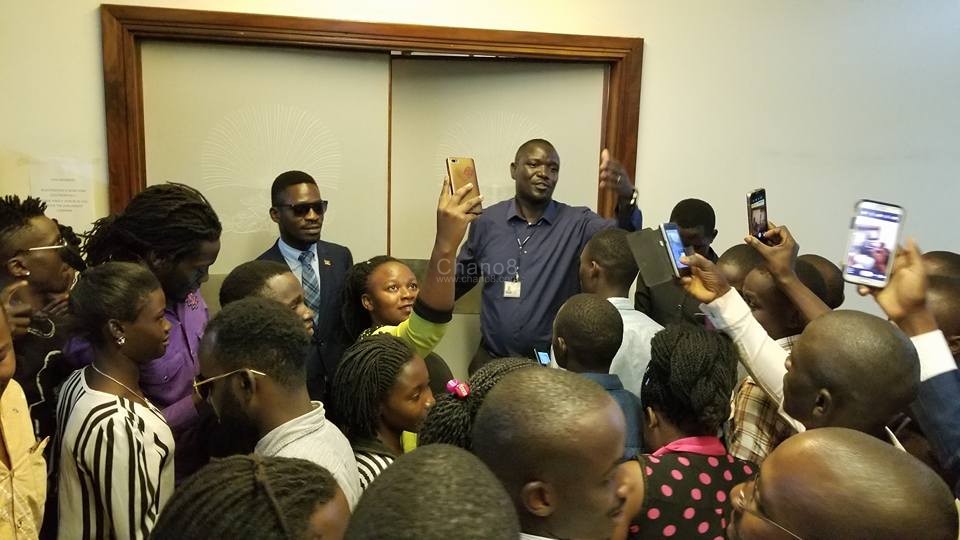 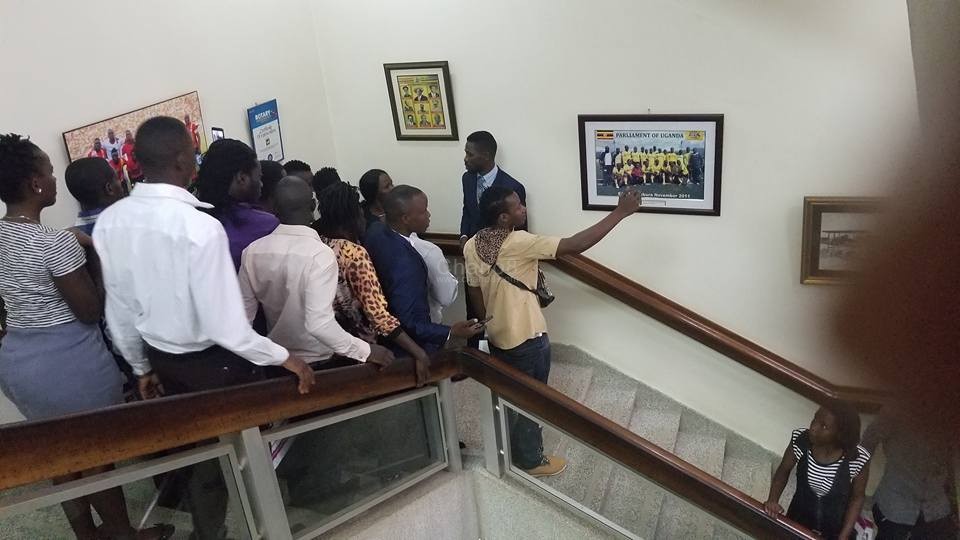 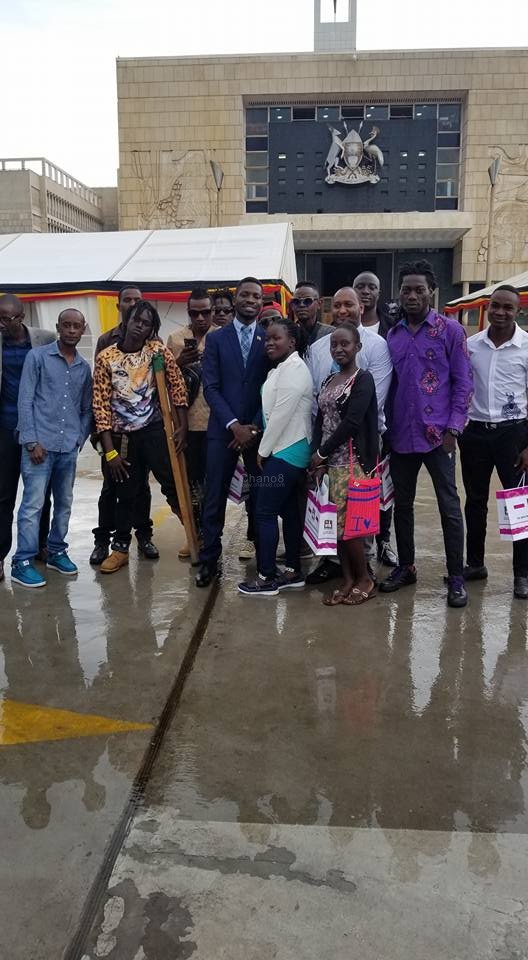