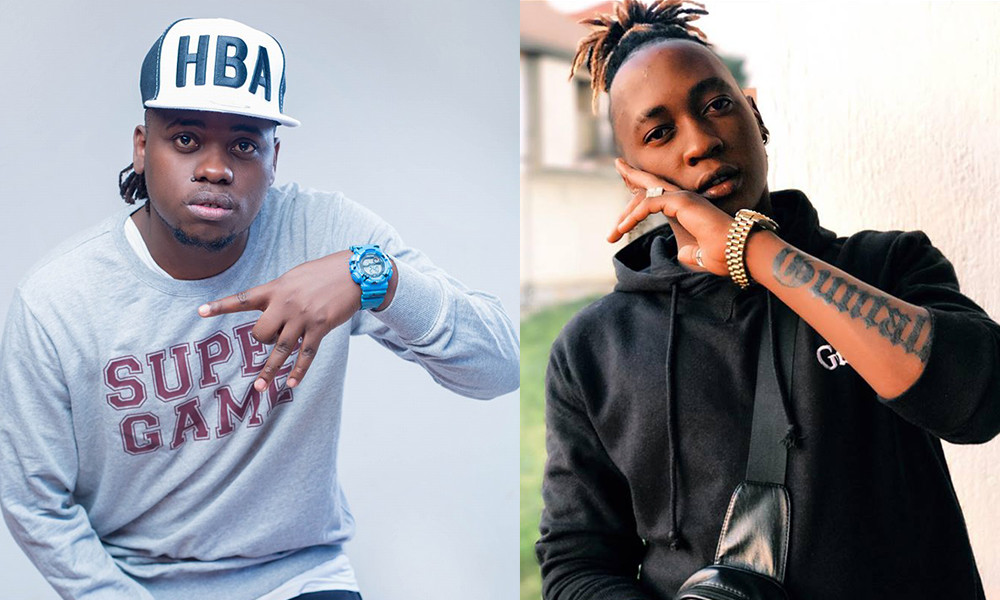 Loosely translated as ‘give them’, ‘Giddem’ is a song produced by Big Tril himself and it boasts of a unique Nigerian touch. It’s a dance tune in which the two are singing about a hot girl whom they find so attractive thus praising her for that

They therefore ask her to free up herself and show off her body and beauty because they feel she is the best among the others and got everything a man would fall for.

The 4 minutes and 7 seconds video shot and directed by Sasha Vybz starts with an unstable scene of the two artistes clad in all black pulling some simple dance strokes as they introduce the song.  The next scene shows Big Tril in a salon whose staff is a group of pretty ladies clad in colourful Kitenge costumes as he admires them in what looks a temptation they girls have landed him in

The video is full on nothing but ladies as we later watch Beenie Gunter sitting on a veranda of a house,  as a group of ladies clad in patras and bras are pulling some eye catching dance moves behind him as he sings his verse

The display a lot of dance and throughout the entire video shots, the female video vixens are seen dancing while whining their nice bodies

Basing of the fact that the song is about a hot girl, the video director plays with camera to bring out the close up shots of beautiful girls showing off their pretty faces , flat stomach good shot of b and this captures the attention of the viewer in some way