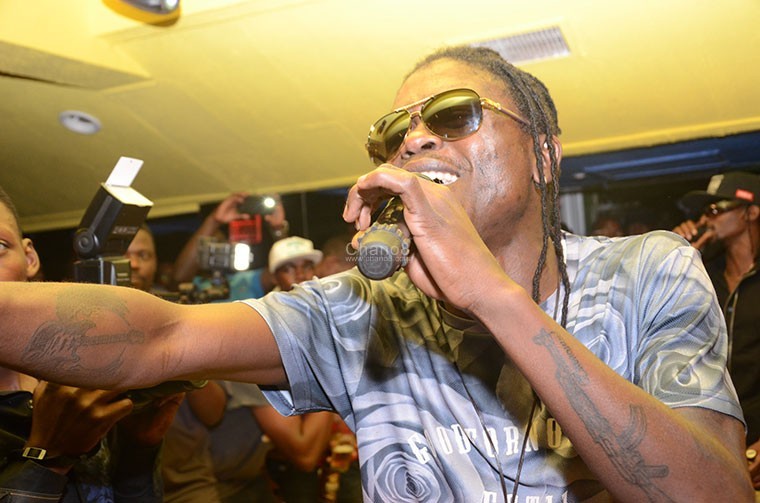 The late vocalist Mowzey Radio is now dead and gone but the tears shall remain in the fans and well wishers’ eyes. The alleged killer one Wamala Godfrey aka Troy was arrested and remanded to Kigo prison despite the fact that he denied having killed Radio.

Amongst the people whom Radio’s death did not only hurt but also left so lonely is Weasel Manizo who was Radio’s partner for the 10 years of the ‘Radio and Weasel’ dynamic duo. If you remember those days, Weasel was a speechless man but it was because of the mixture of disappointment, grief and confusion he had when Radio was announced dead.

For that therefore, Weasel who told fans to remain strong despite Radio’s death recently dropped a special tribute song to the fallen singer dubbed ‘Tokyayitaba’ which is Luganda for ‘You can no longer reply’

Produced by Eli Arkhis, he starts of the song disclosing how he got something hurting him so much although he can’t do anything about it. We don’t need to ask what is hurting him basing on the fact that we all know why he is in pain. He then says hallo to the Radio and Weasel fans and the public at large whom he asks not to judge him whenever he spends his money anyhow because none of us knows the day they will stop breathing (die).

In the second verse, Weasel changes the language to Kiswahili in which he expresses his dissatisfaction of how death takes people unawares. Lyrics like ‘Kifo Mungu alileta kifo watu wanapotea kama upepo’ meaning that ‘God created death which has since then taken people like the wind’ justifyig that Weasel is in deep pain having lost a brother and music partner with whom they had greater ambitions.

He continues singing  in the Kiswahili even in the 3rd verse and he is heard lamenting how the tears he cried because of the death of his young brother the late AK 47 have not yet dried and now he is again crying more tears for the ‘Neera’ hit maker Mowzey Radio in just a period of 3 years. He asks himself a question why?

He concludes the song with a prayer asking the almighty God to keep him strong. He does not pray for himself alone but also ask God to strengthen their Radio and Weasel fans as well as Radio’s family before he assures his critics and enemies that crook or hook he will push Goodlyfe to greater heights despite being ‘one man army’