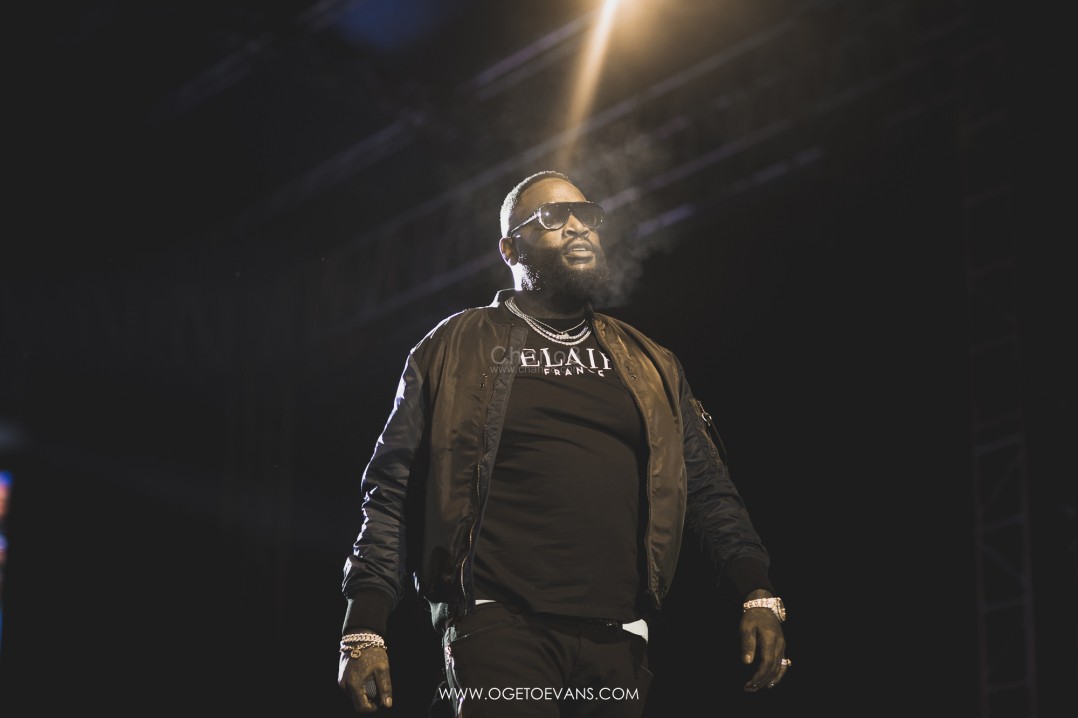 The much-anticipated concert happened last weekend in Kenya where one of the biggest American Hip Hop stars Rick Ross was the main act. Dubbed NRGWave, it took place at Carnivore Restaurant grounds located in Nairobi city.

However, information coming in is that the rapper just before stepping on stage got stage freights that, a masseuse was called in to help relax his body.

According to reliable sources in Kenya, revelers had to wait for an hour after they announced that he was taking to the stage. Throughout his whole performance, Rick Ross was seen doing pushups.

This was his first mega performance after his breakdown a few months ago specifically in early March.

Ross gave everyone a scare, after reports emerged that he was rushed to the hospital after a panicky person called 911 from Ross’ Miami home around three in the morning on March 1, saying that Ross was having trouble breathing alongside not responding when they attempted to wake him. Referring to him as a “man in distress,” the caller added that he had a history of seizures.

Following his arrival in Kenya last Friday, he was also bashed for his appearance with Kenyans throwing memes all over internet claiming that it was not Rick Ross but someone else who had jetted in for a performance. 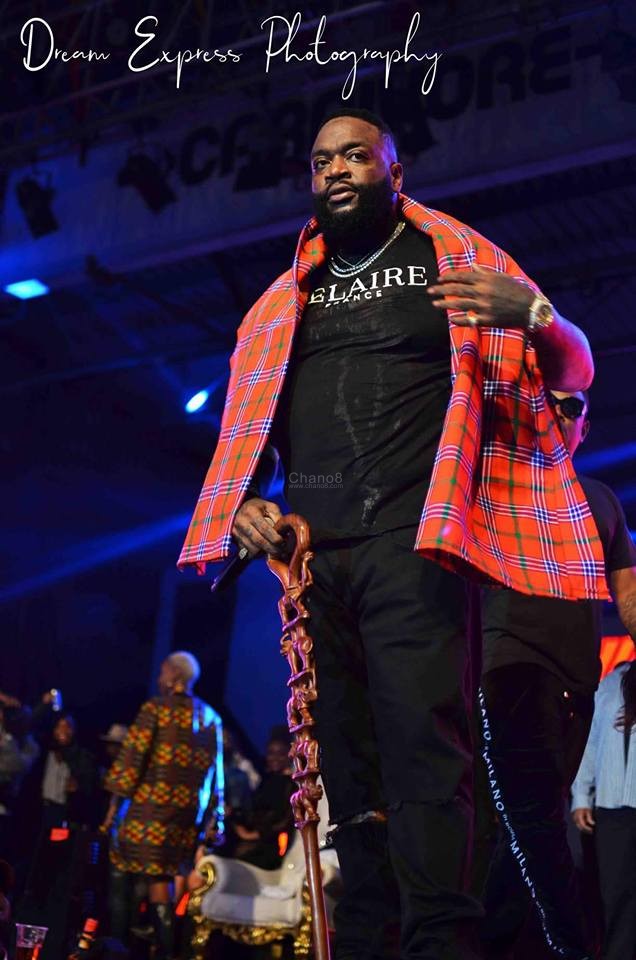 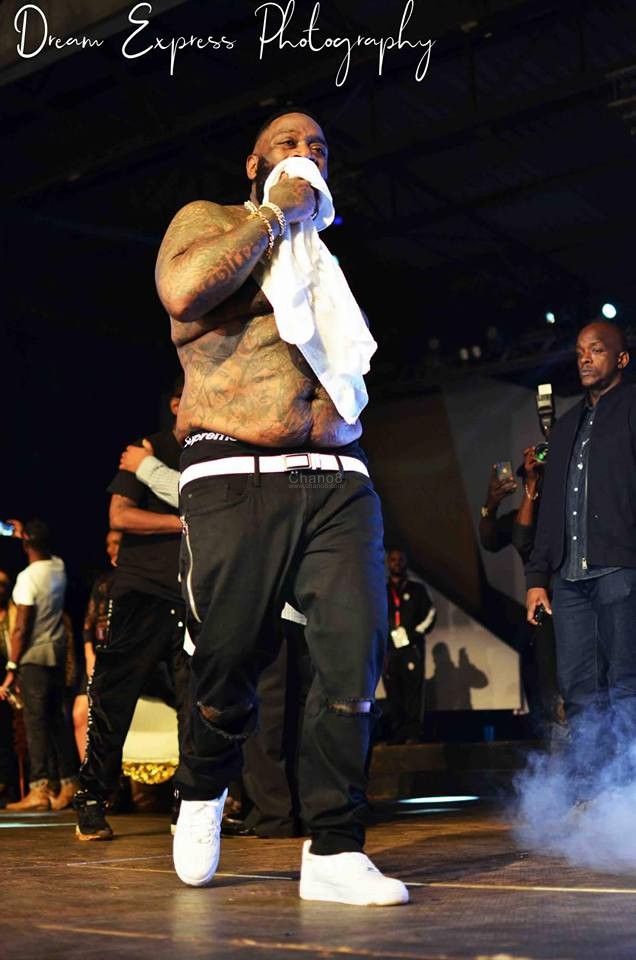 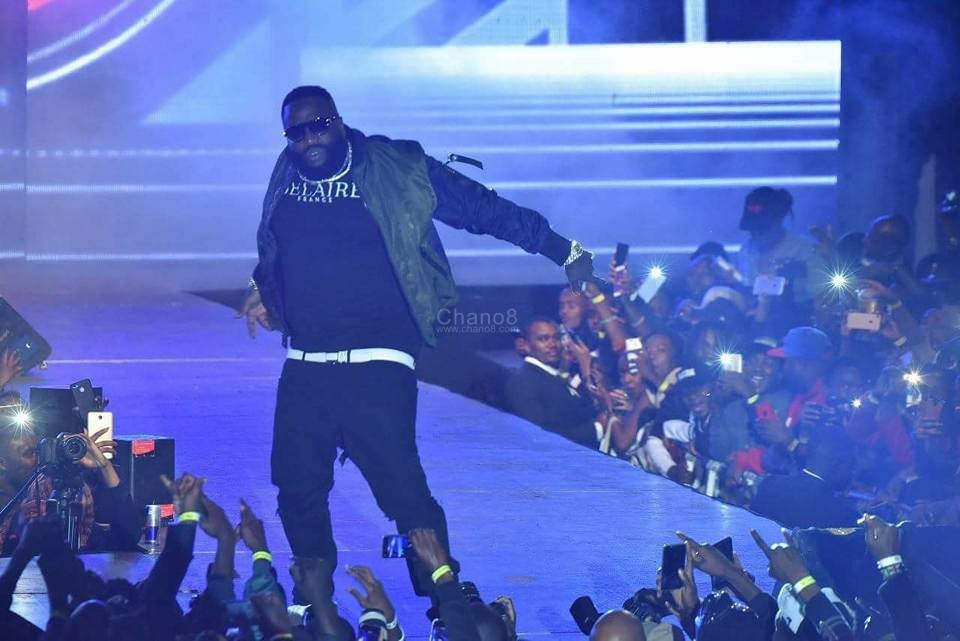 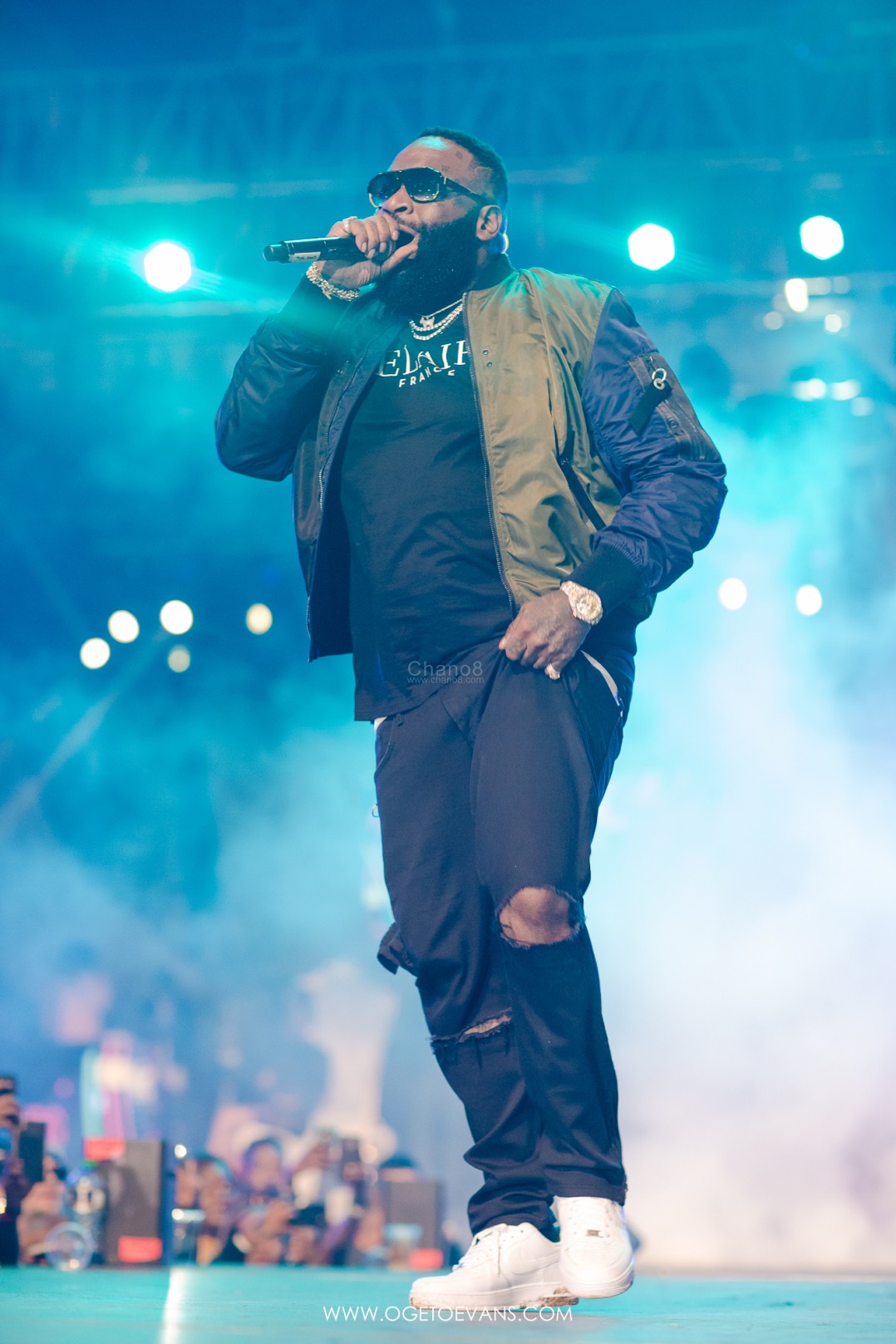 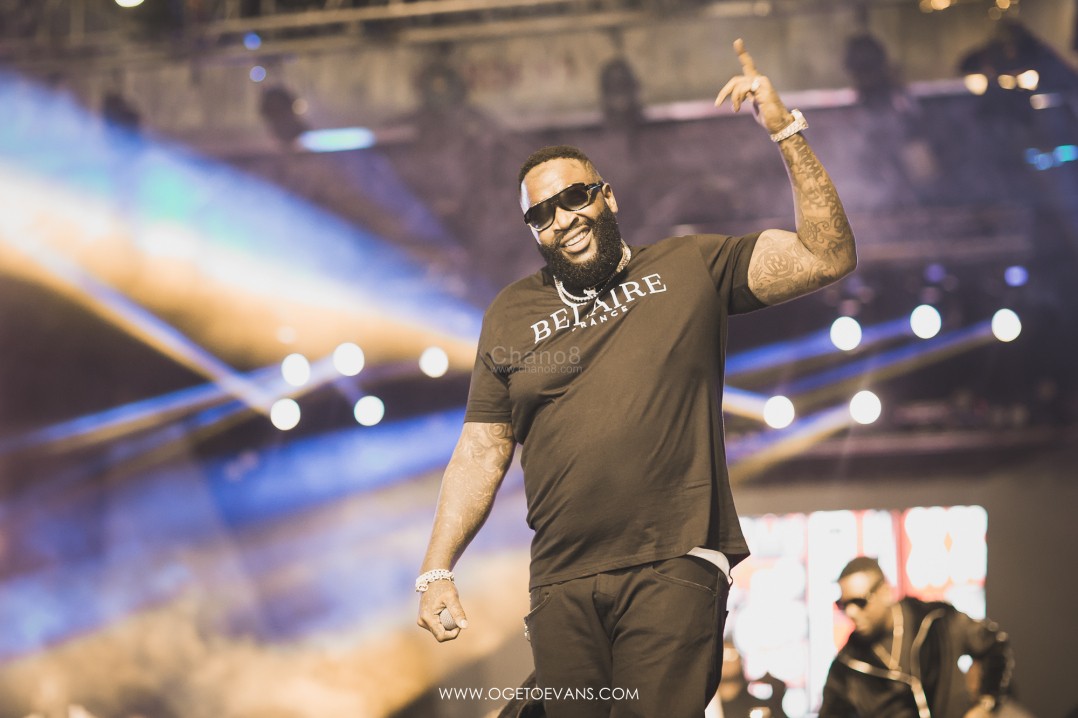 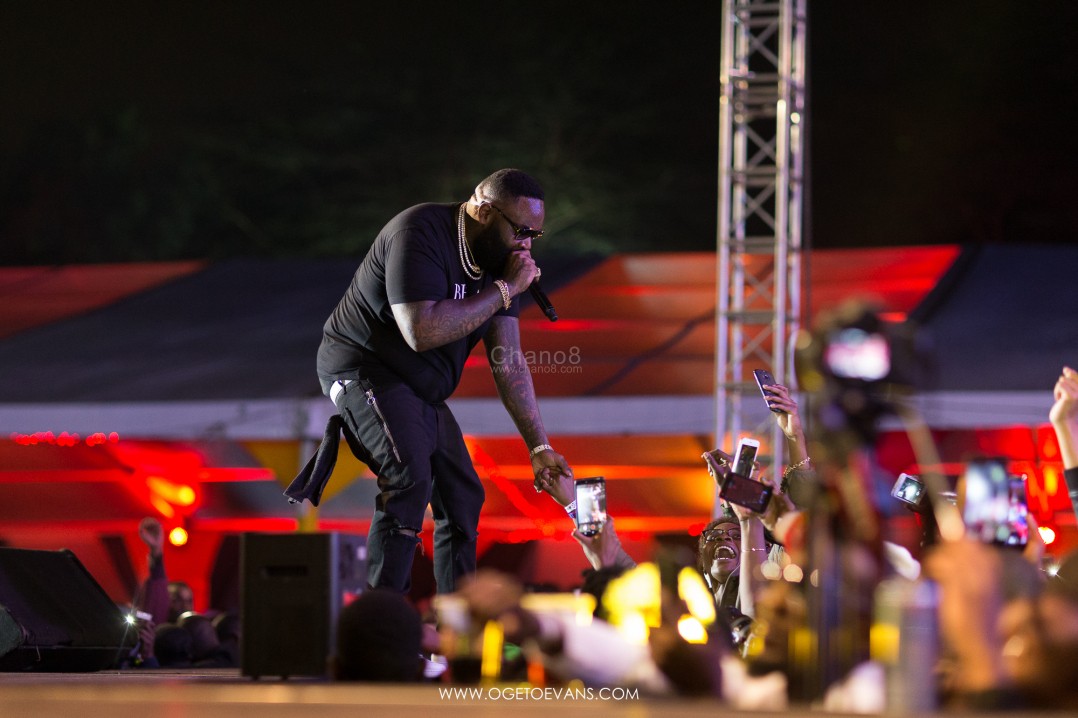 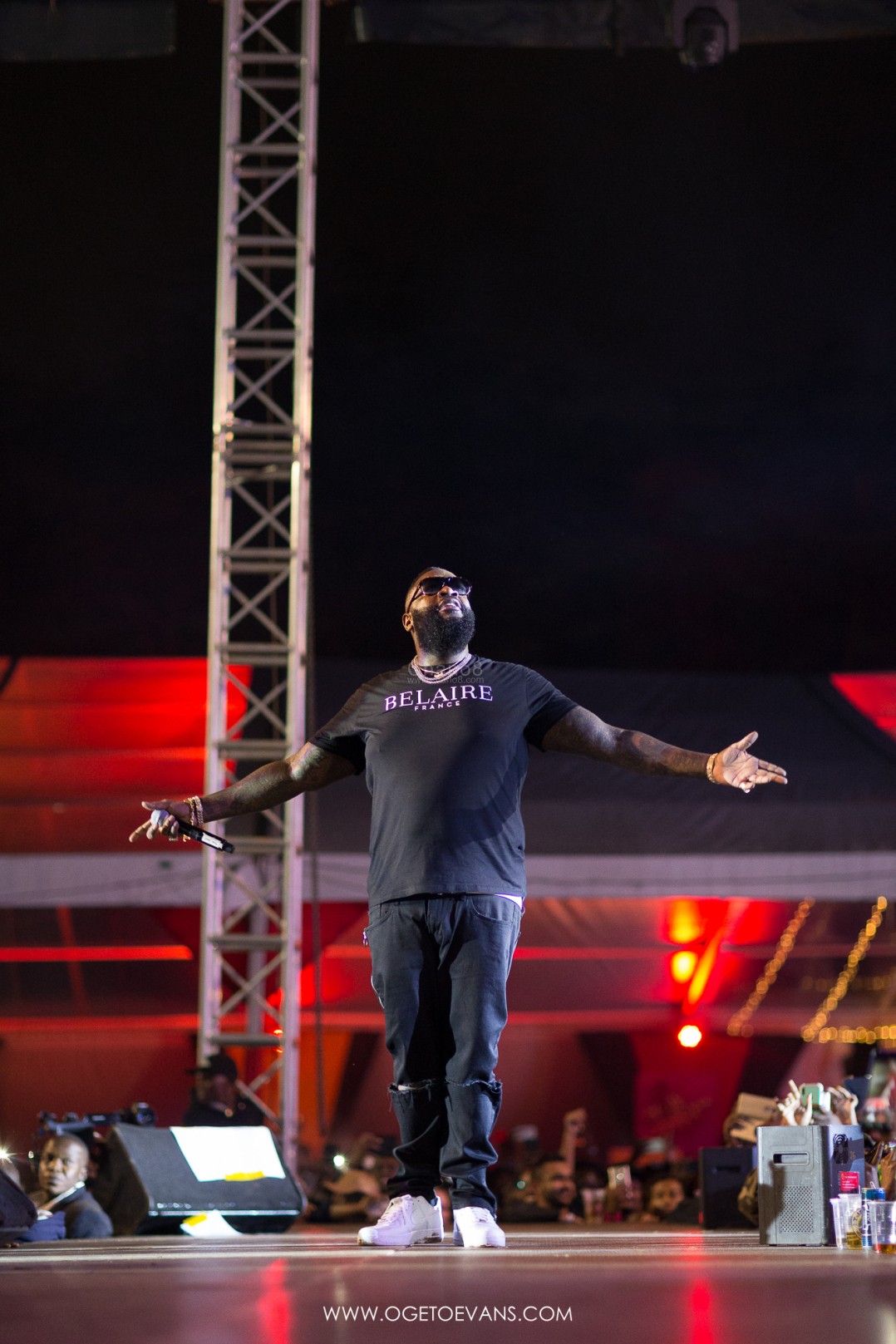 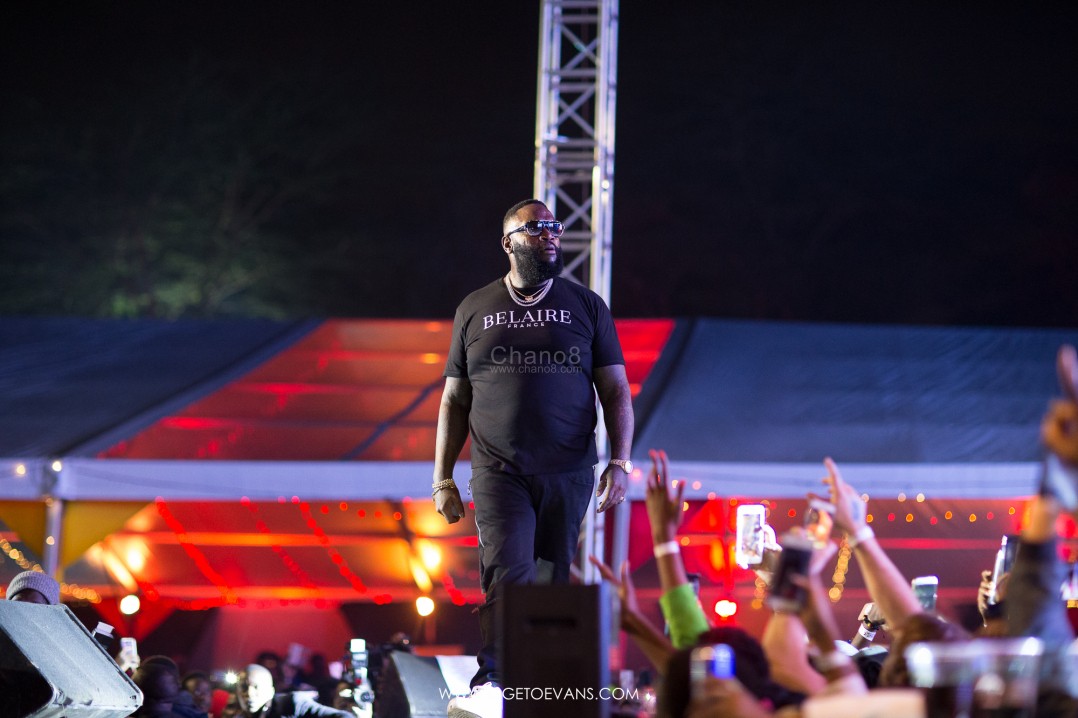 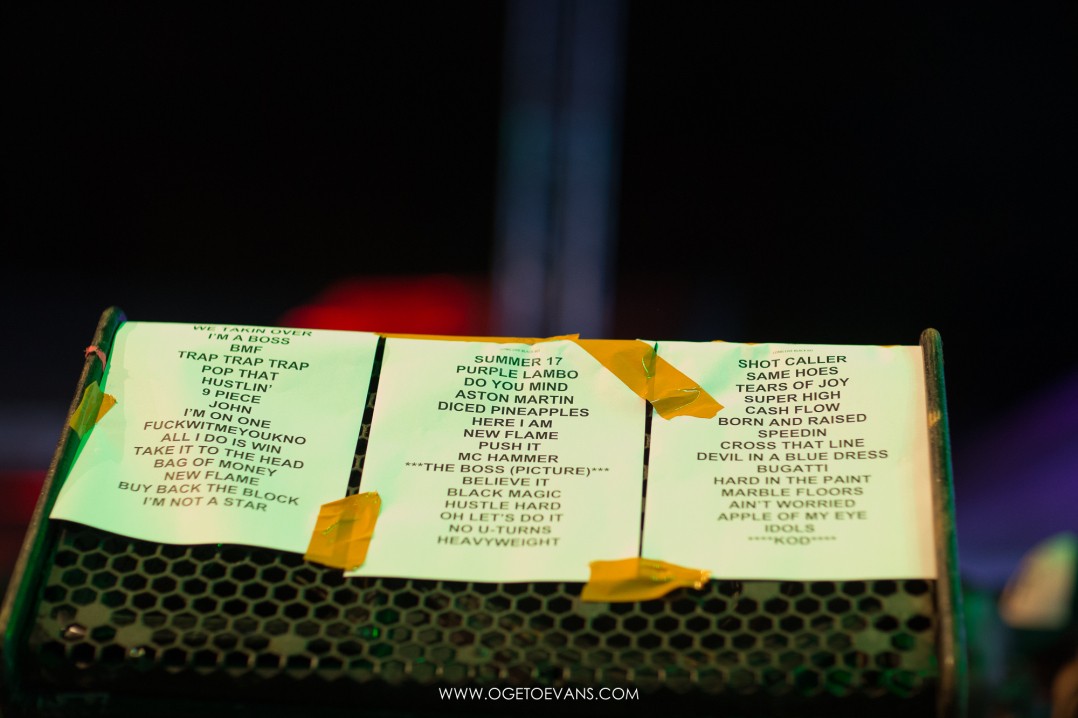 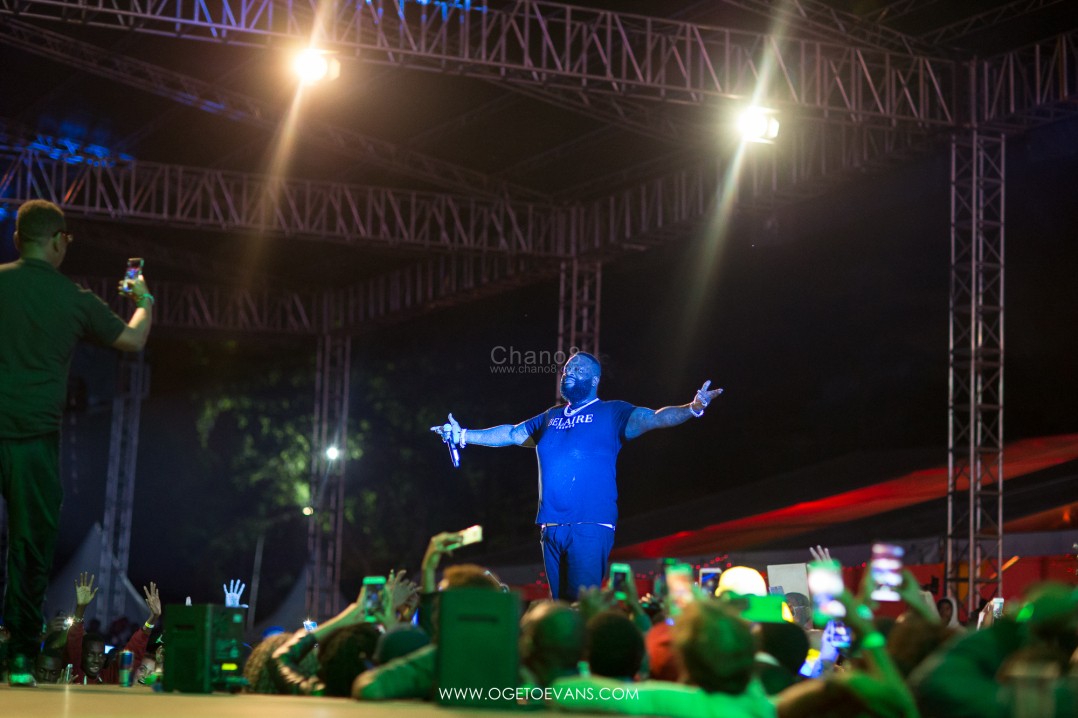 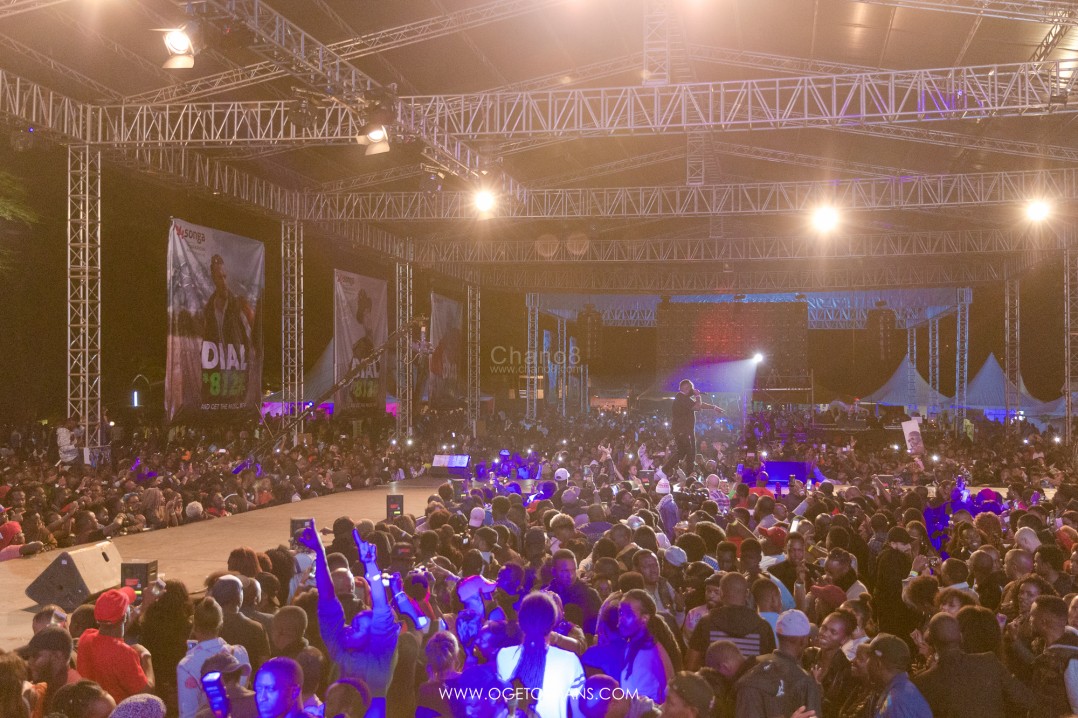 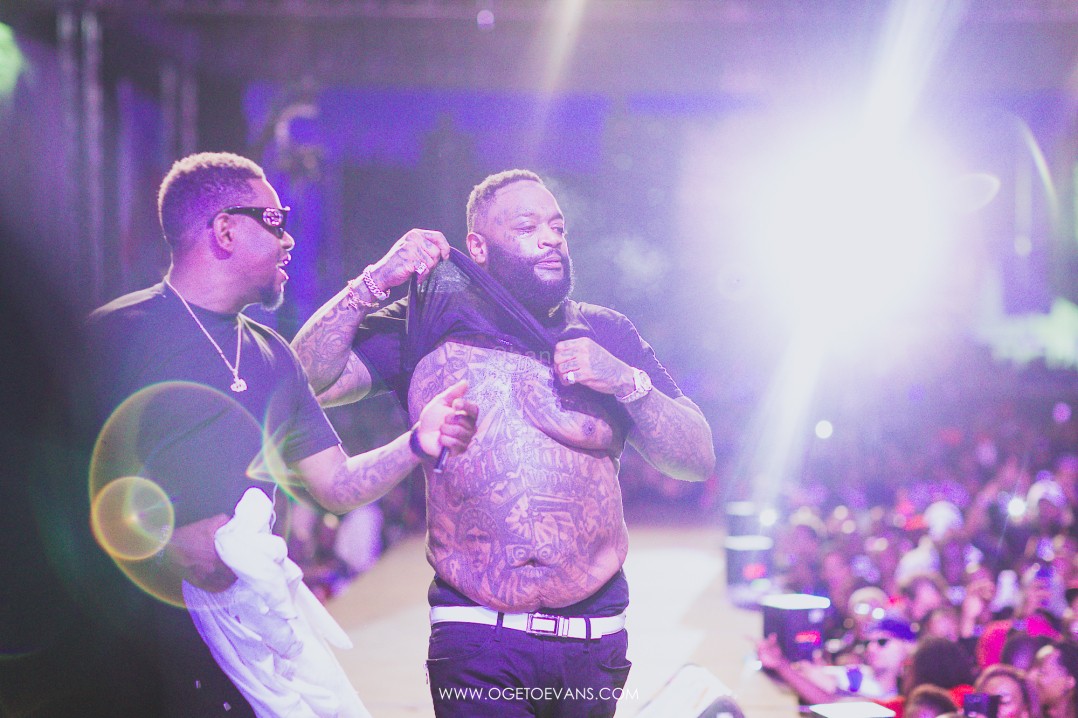