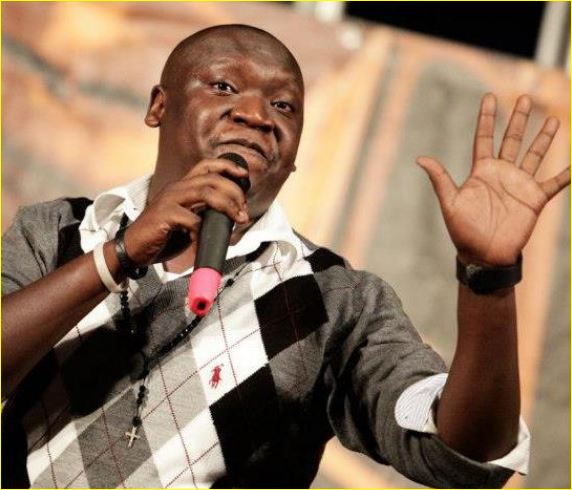 Christmas is coming early for some lucky people in the Northern districts of Lira and West Nile as the Mirinda comedy experience is set to rock these respective towns as we get into the celebratory moods of the festive season.

Come November 13th, Fast Rising Ragga and Dance-hall star Nutty Neithan of the ‘Bakwe Kyonya’ fame will be rocking it together with top Ugandan comedian Patrick ‘Salvador’ Indringi (Man from Ombokolo),  as the main acts at the Mirinda Comedy show in Lira Hotel and then follow it up with another mega show in the West Nile region at Arua the next day November 14th at Heritage Courts.

The two stars will be backed by local talent, especially artistes and comedians like Prince Ehmah now called Napoleone Alex Muhangi, Ronnie McVex from Kampala and the others from respective districts where the shows will take place to deliver a fresh and exciting experience for the people in the two towns.

“As we have a proven track record of supporting talent and keeping our consumers entertained after a hard day’s work, the shows in Lira and Arua will help Mirinda maintain its connection with consumers and also provide a platform for the brand to live true to its promise; Free your fun side.” Mr Innocent Tibayeita, the head of Sales and marketing at Crown Beverages Limited Said at the unveiling.

Man from Omgbokolo will crack ribs

Crown Beverages under the auspices of Mirinda has always supported comedy and young promising talent as a strong partner to Ugandan comedy over the years. With the introduction of  the comedy platform last year, the opportunity for young talent to emerge and showcase what they have, tremendously increased.

Initially, it was a platform for comedians in Kampala and Jinja but has since then moved to other towns as well with more than 50 comedians identified in those areas.

“We expanded the partnership so as to bring leading comedians all over Uganda on board, tap into Ugandans’ love for music and take this fantastic experience to the rest of the country.” Timothy added.