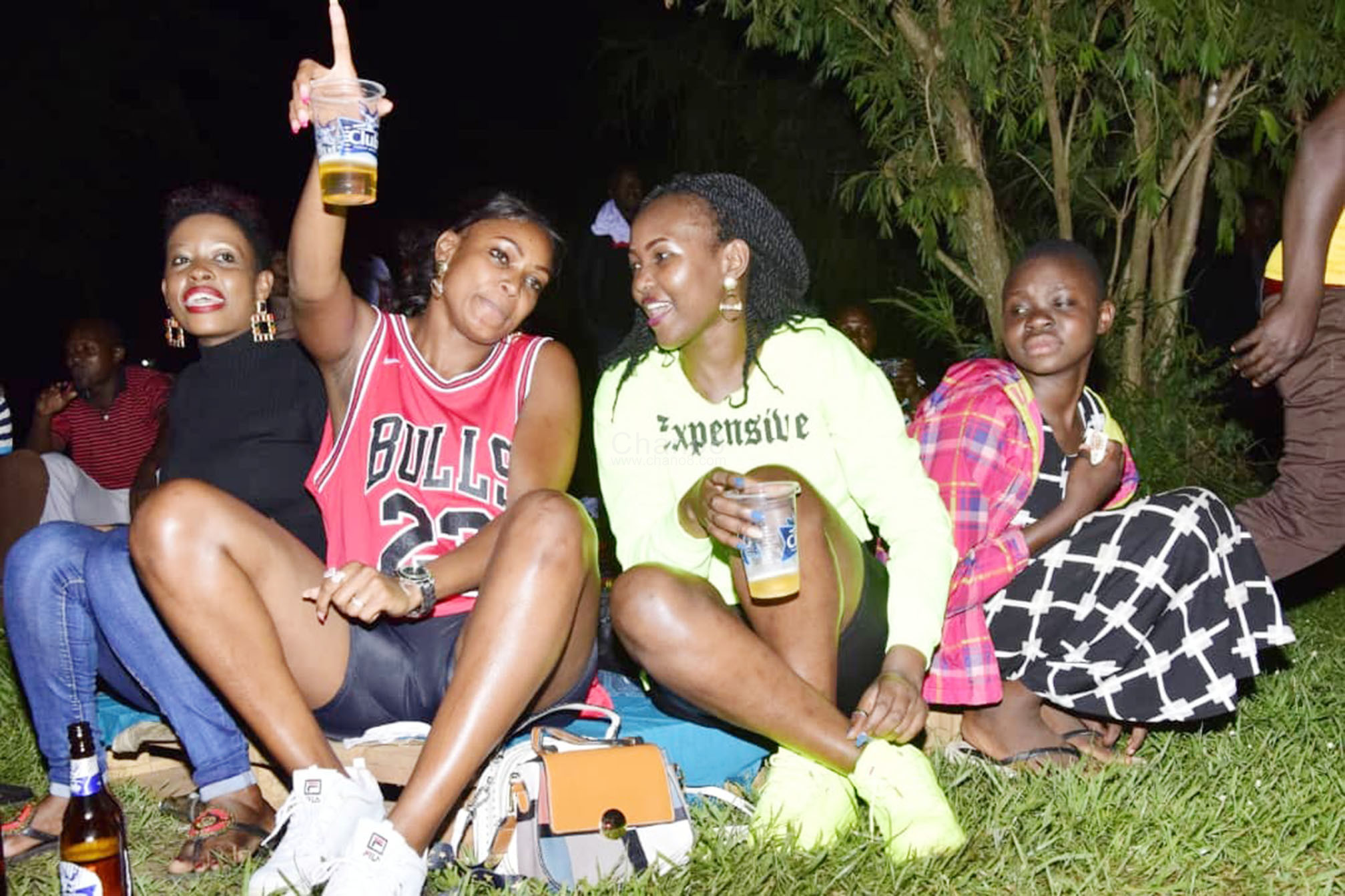 Comedy is one of the fastest growing forms of entertainment in Uganda especially stand-up comedy. And with comedian growing innovative each and every day, the market and demand is growing as well.

Camp Comedy, a brain child of comedian Felix ‘Dolibondo’ Jesero started as an alternative for the usual city-based shows as it happens outside town and also hosts its crowd overnight in c a camp setting complete with campfire and, outdoor entertainment and accommodation in tents.

Now in its fourth edition, the camp comedy which made its maiden appearance in Entebbe about four years back returned last weekend on Saturday November 2nd at Forever Resort just below the new source of the Nile Jinja Bridge which provides a spectacular view at night especially when enhanced with neon lighting.

With a new set of top Kampala-based comedians like Salvador Patrick Idringi, Madrat and Chicko as well as Omukebete on the lineup, the comedy enthusiasts were eager to see what was in store for them this time round. 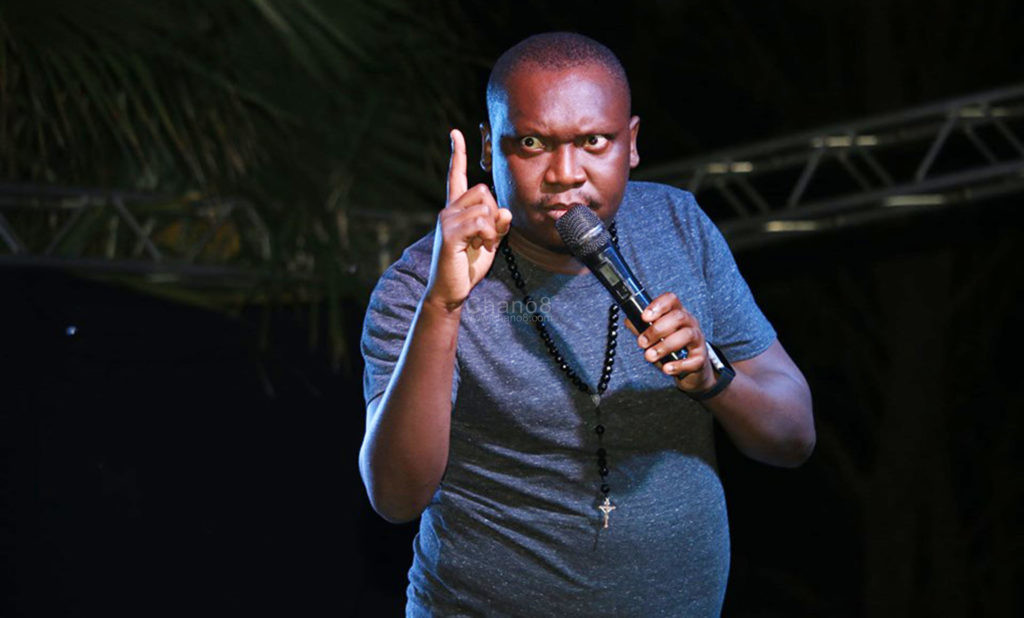 Salvado was the first on stage and set the bar high for the rest who maintained the standard.

Just a few minutes after 10.pm, Salvador took to the stage first cracking some political jokes about the government before shifting his jokes on the crowd. Asking them about their relationships and those they were attending the show with.

Omukebete the son of Mama Muke as usual did his school jokes and being the rural student this time round spread out his topics diversifying on daily challenges faced by poor people.

The venue was lit with games like foosball and the electronic basketball. However after Madrat and Chicko did their thing, it was Teacher Mpamiire who took it to another level as he engaged the crowd in his ‘school’ teaching different classes at the same time while asking them ‘what went wrong?’ in case of any wrong answers. 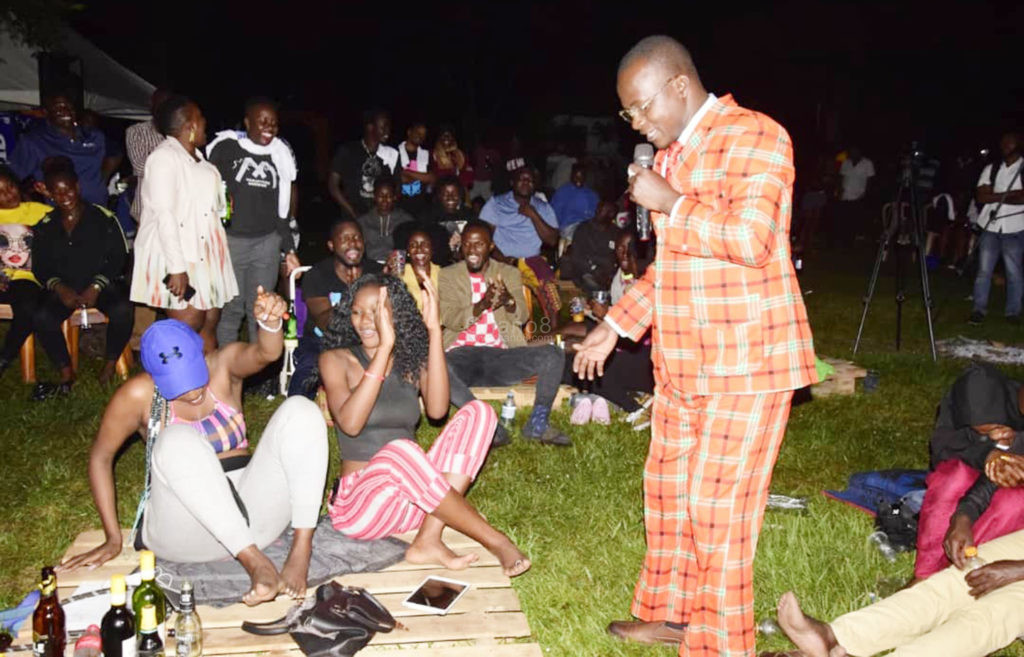 Teacher Mpamiire with his ‘students’ in class having serious lessons.

Jajja Wasswa finished it off a few moments later past midnight with his crazy sound tracks and old man antics. The revellers who were enjoying plenty of beers courtesy of Club beer, booked their tents for accommodation and ‘extra fun’ till Sunday morning as the DJs kept the night and bridge lit with hot mixes.. 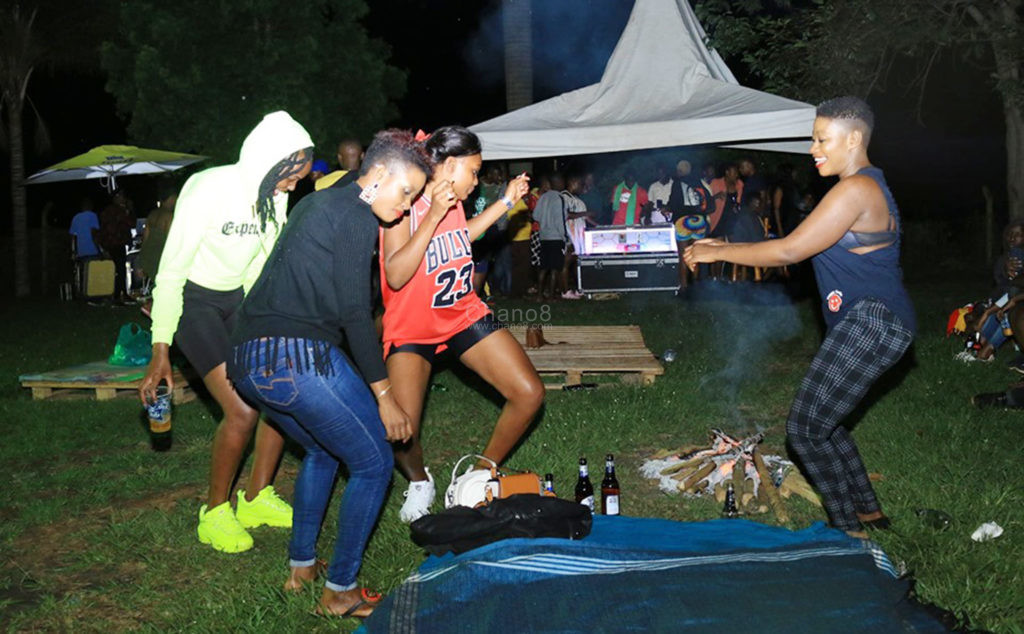 And then the party continued with serious dancing. 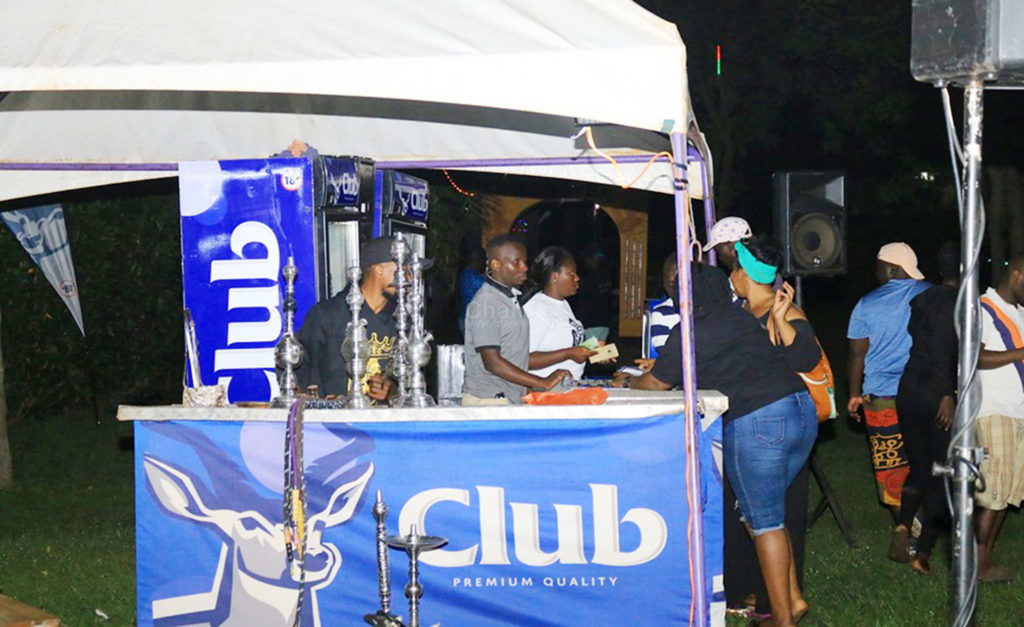 Club beer was flowing throughout the night 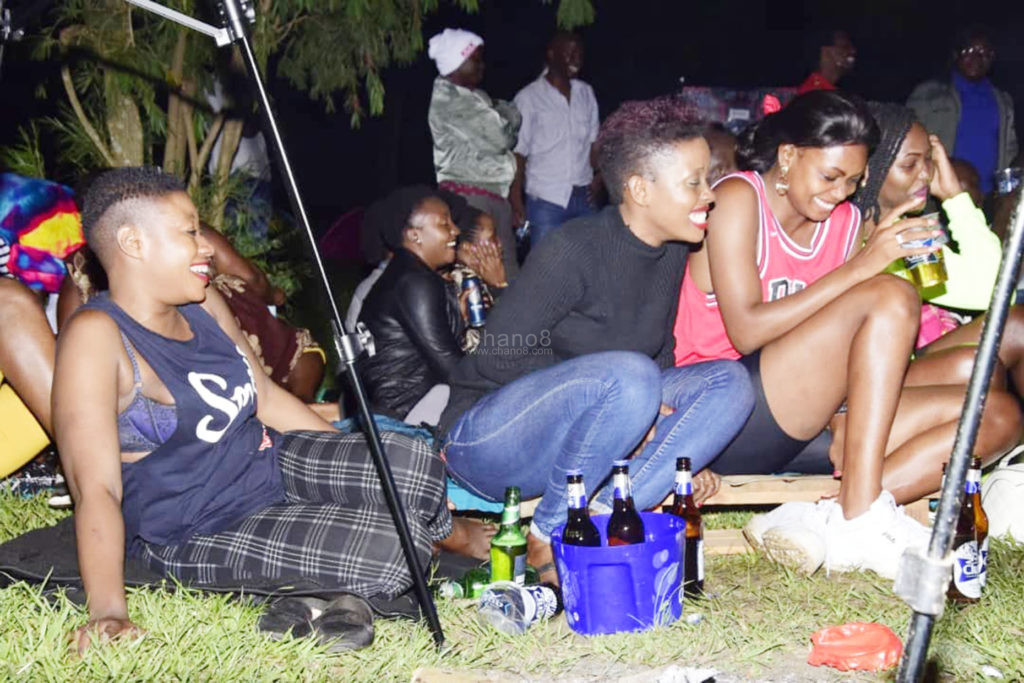 Laughter is good for the health and these revellers had plenty 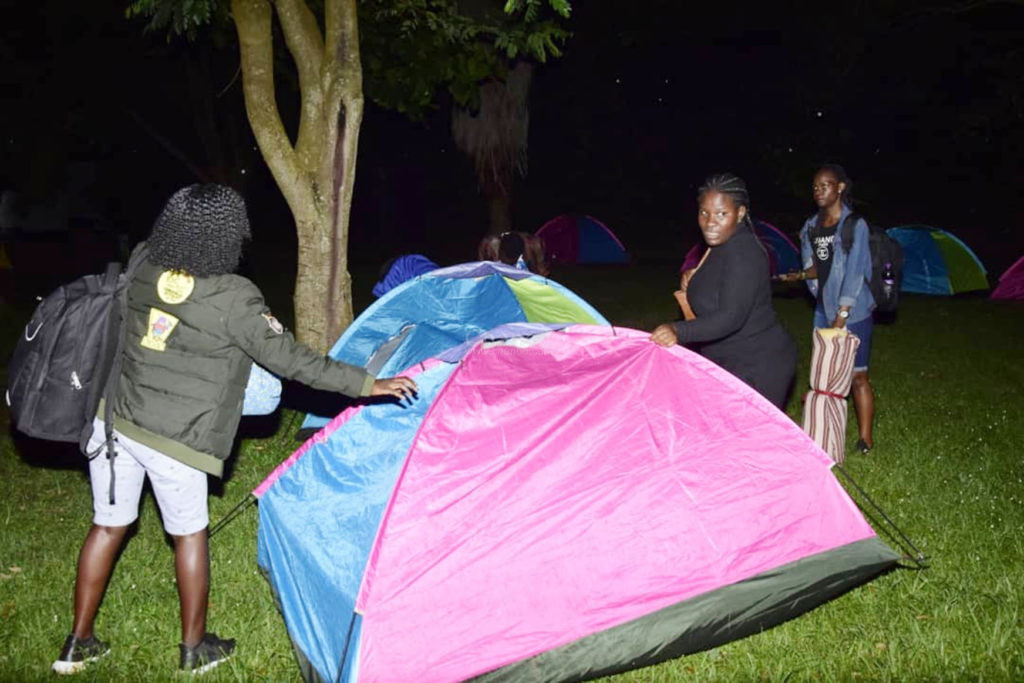 Accommodation was in tents available for the revellers 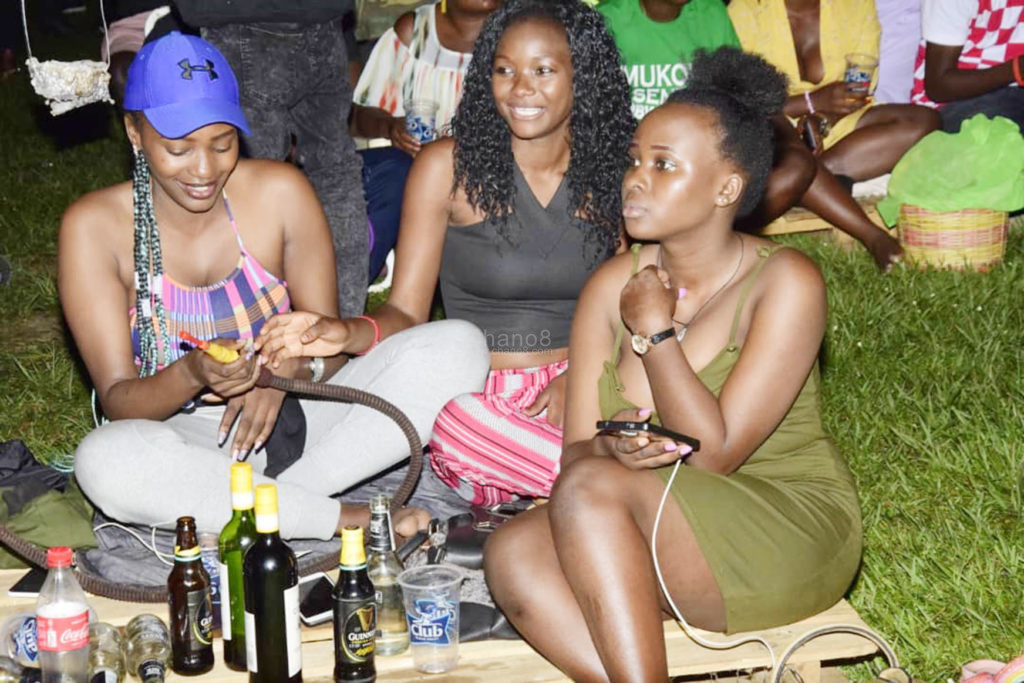 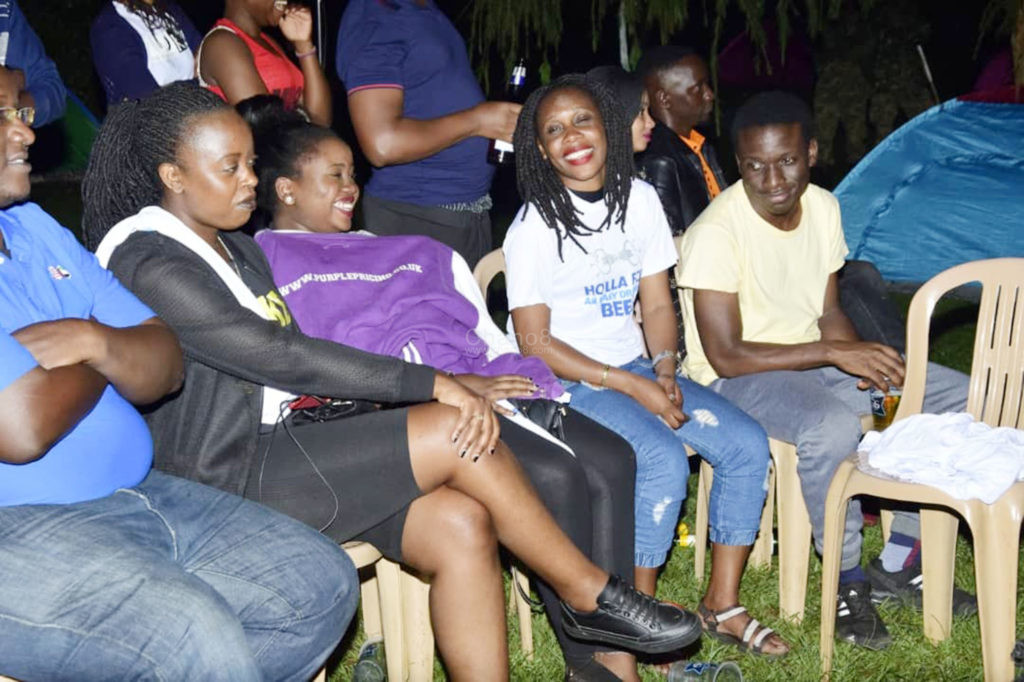 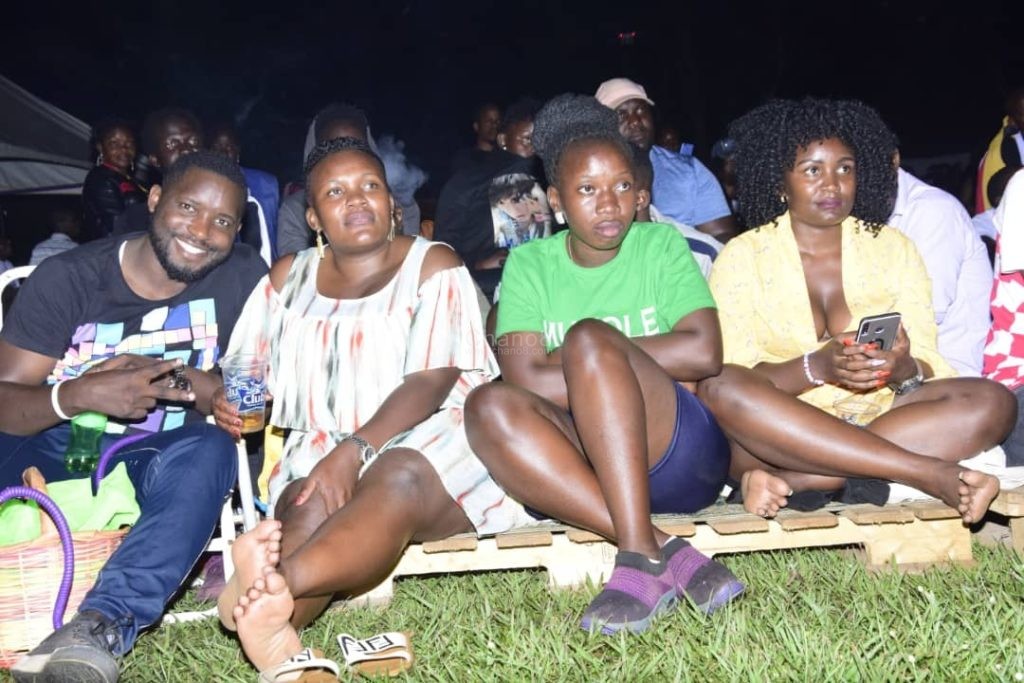 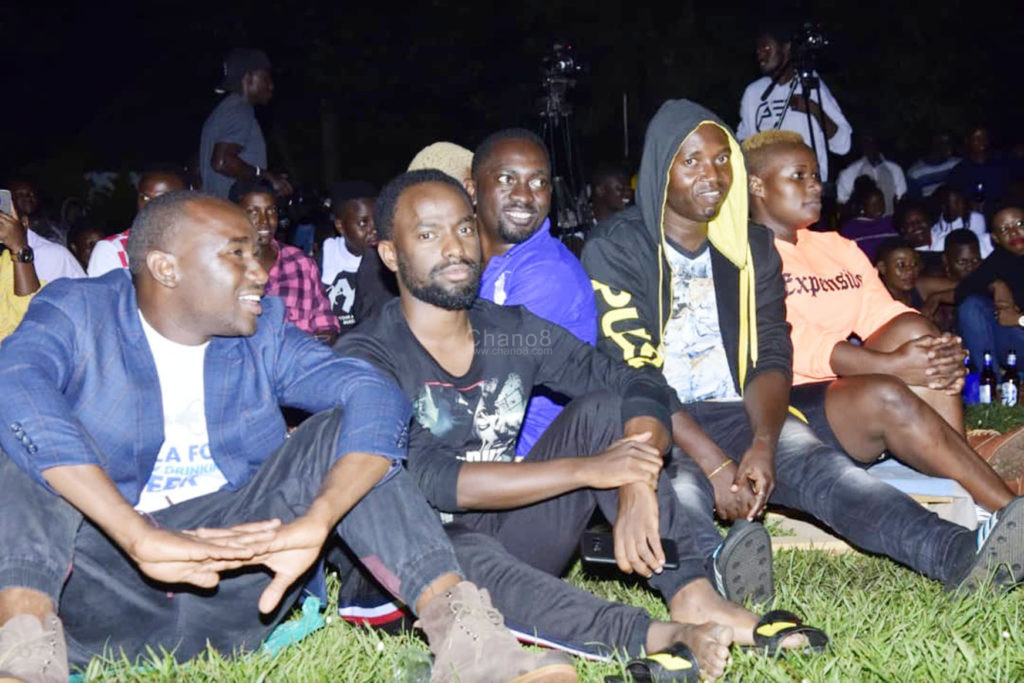 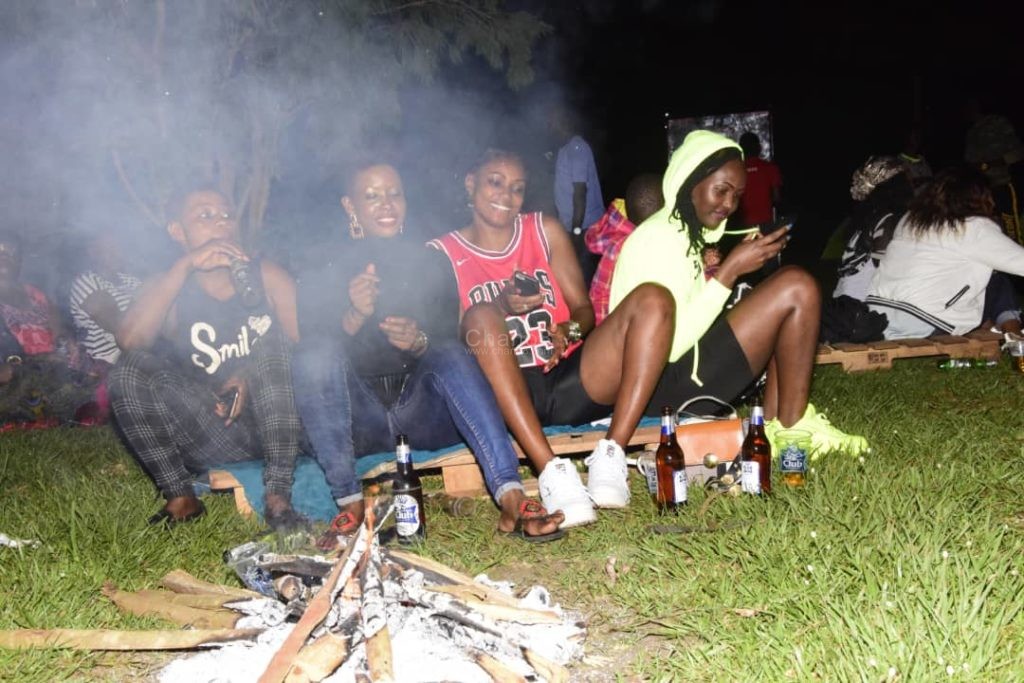