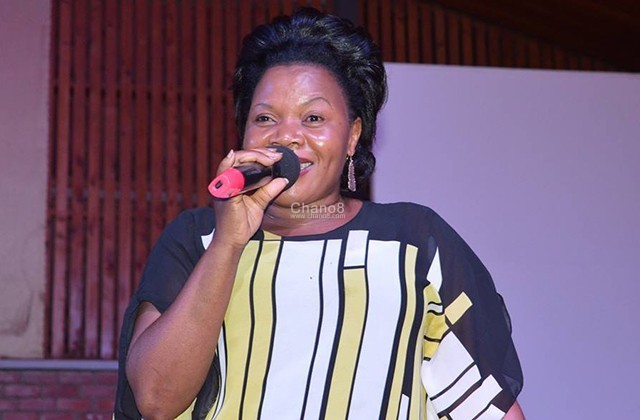 The long awaited day is tomorrow Saturday the 28th of July as Buikwe district woman Member of Parliament, honourable Judith Babirye introduces the man of her love, fellow MP Mr Paul Sebulime who represents the people of Buikwe North constituency.

As reported in the news, this a secret and strictly invite only event that will take place at one of the yet to be identified venues along Entebbe road amid very tight security especially basing on the fact that Mr Paul’s ex-wife identified as Lukiya threatened to disorganise the function

It must be remembered that this will be the second man Judith will be introducing following the break up with her former husband who is also the father of her children.

According to the information from a reliable source privy to the organisation of the event, we were made to understand that the venue and its neighbouring places have been and are still under surveillance and that all people doing small businesses near the venue have all been cashed to stay home until the function is done.

People are going to be allowed to access the venue with their smartphones but no one will be allowed to take any photos whatsoever. The only photos and videos that will be taken will be done by an authorised journalist

They have hired top security agencies to work on the security among which include Police, UPDF as well as the presidential guard brigade (PGB)

The food which the guests will munch on at the function will be prepared from Kampala Serena Hotel and people will enjoy different things from dessert, drinks and food from the time they enter until they get out.

In a bid have the best sound, they hired one of Uganda’s best outdoor events comapnies, Silk Events who have already set up at the venue

We do not know why Judith Babirye decided to make her introduction ceremony secret but for those who are dying to see Babirye and her man, all you should do is stand along Entebbe road where they will pass on their way to the venue on Saturday the 28th of July

Although a section of the public is not happy for Babirye to introduce her man, as Chano8 we wish her all the best