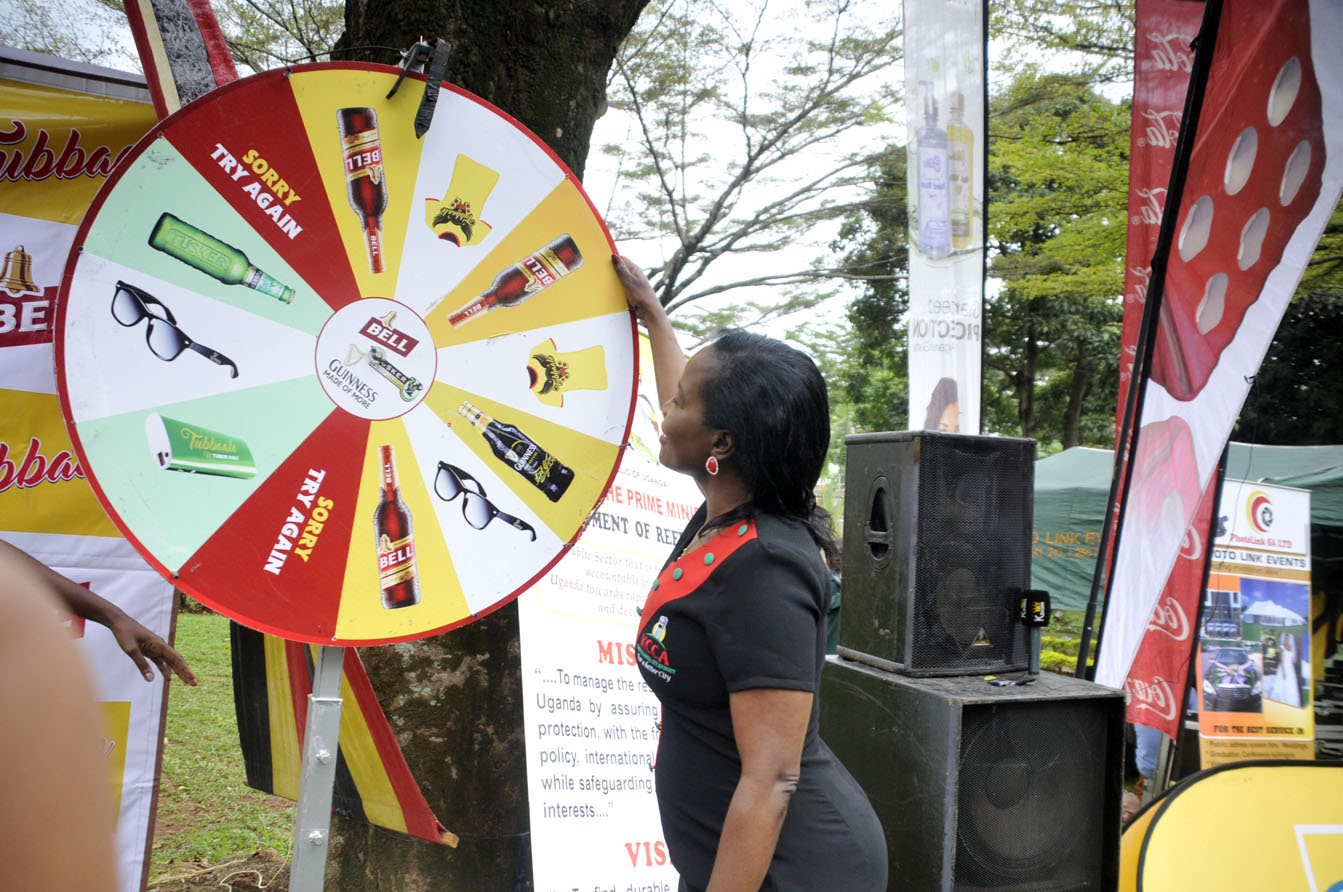 With the Kampala City Festival just around the corner, preparations by organizers Kampala City Council Authority (KCCA) and sponsors are in high gear. At a press conference held at City Hall this morning, KCCA Executive Director and sponsors announced the arrangements underway for the festival.

Bell Lager, who has been a platinum sponsor of the annual event since inception, announced that they would give away a brand new van to a lucky winner at the festival. The announcement was made by Juliana Kagwa, Marketing and Innovations Director, Uganda Breweries Limited (UBL).

“We have worked closely with KCCA this year to deliver an unforgettable and exciting experience for our customers. We have taken up the space at the National Theatre and will have a special stage there with exciting entertainment. We have also doubled our selling points to make sure that they can be conveniently accessed by our customers,” she said. 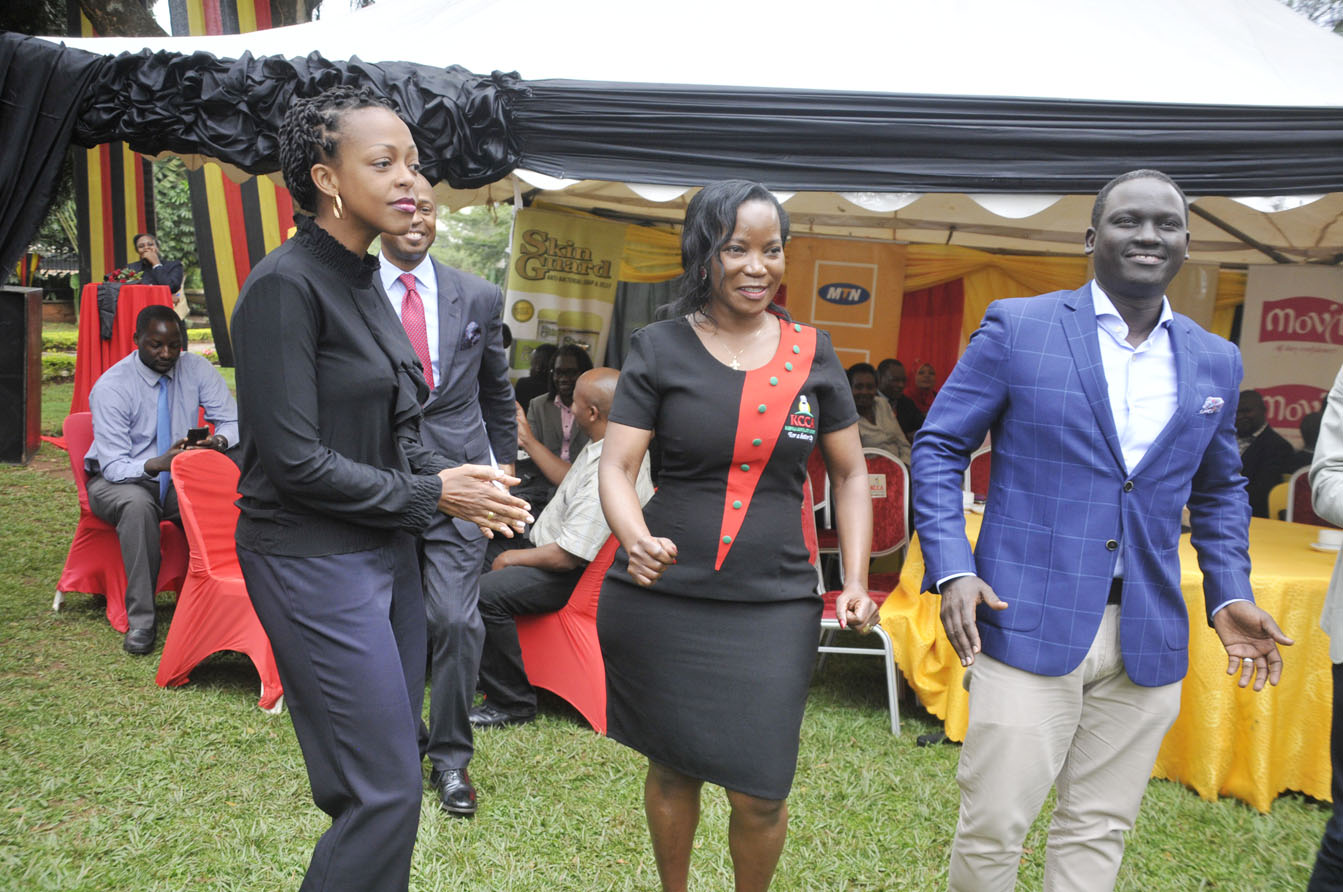 The brewery has been running an under the crown promotion called Tubbaale which will come to an end at the city festival. “We intend to give away a brand new van at the National Theatre. To stand a chance to win, all you need to do is visit any of our selling points and buy a Bell Lager. You will automatically be entered into a raffle,” Kagwa said.

During the event, an opportunity was given to two lucky people to spin the Tubbaale wheel and win. Ms. Musisi who volunteered to take part, ended up the winner of a beer which she politely turned down, to the amusement of the crowd. 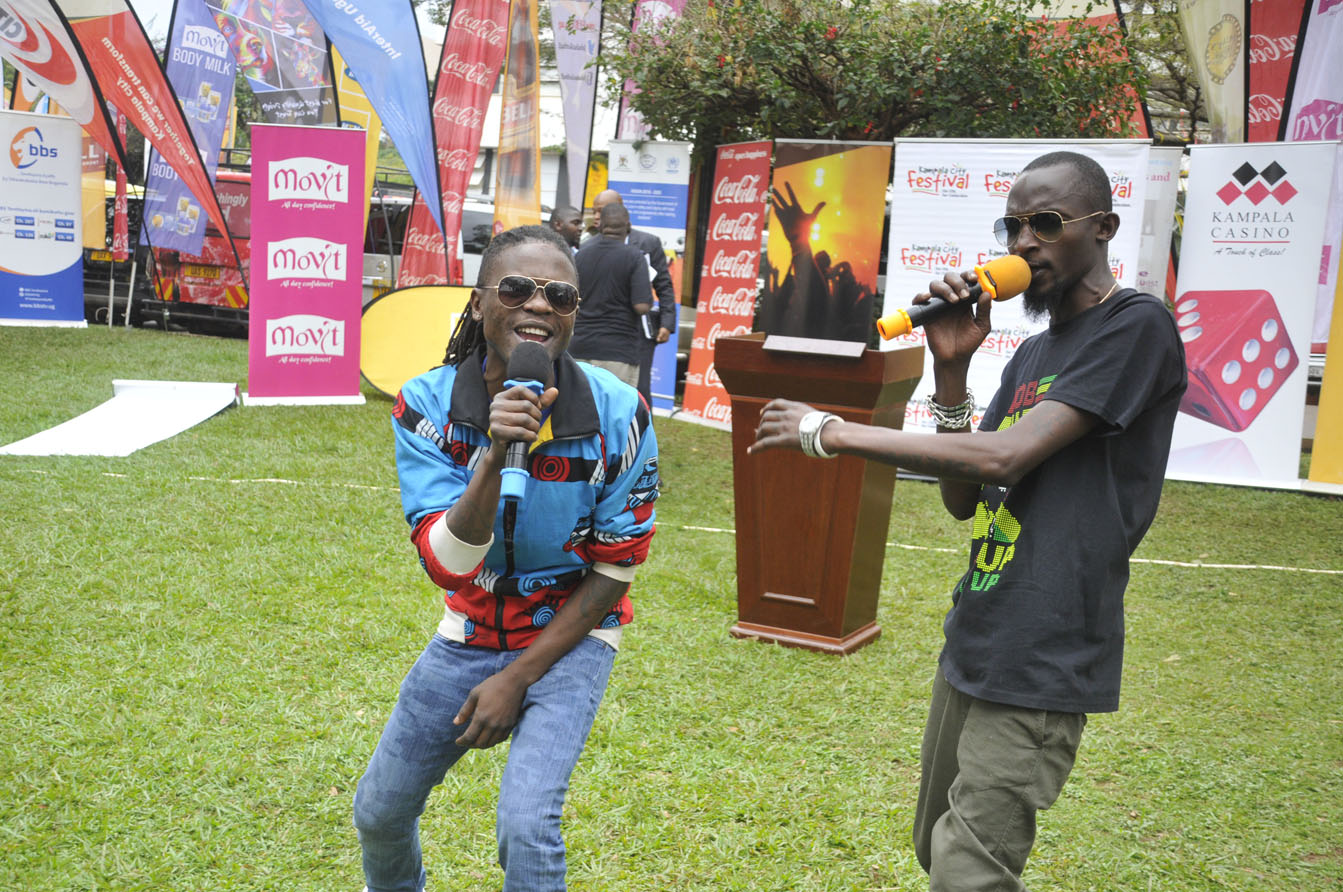 Radio and Weasel performing at the event

In her remarks, Ms. Musisi thanked the sponsors of the festival for their continued support and pledged that given the experience gathered by the organizing team over the years, Sunday’s fete would be more colorful and fun for those who attend.

She also announced that this time, the festival would have pre-event activities to lead up to the big fete that include a rally on Saturday which will be flagged off at Naguru.

“The last time we had a rally in Kampala was in Amin’s era. This time we will have a rally right here in Kampala which will be graced by all the big rally race car drivers. It will also be a family event and we have a special race for the children,” Musisi said. 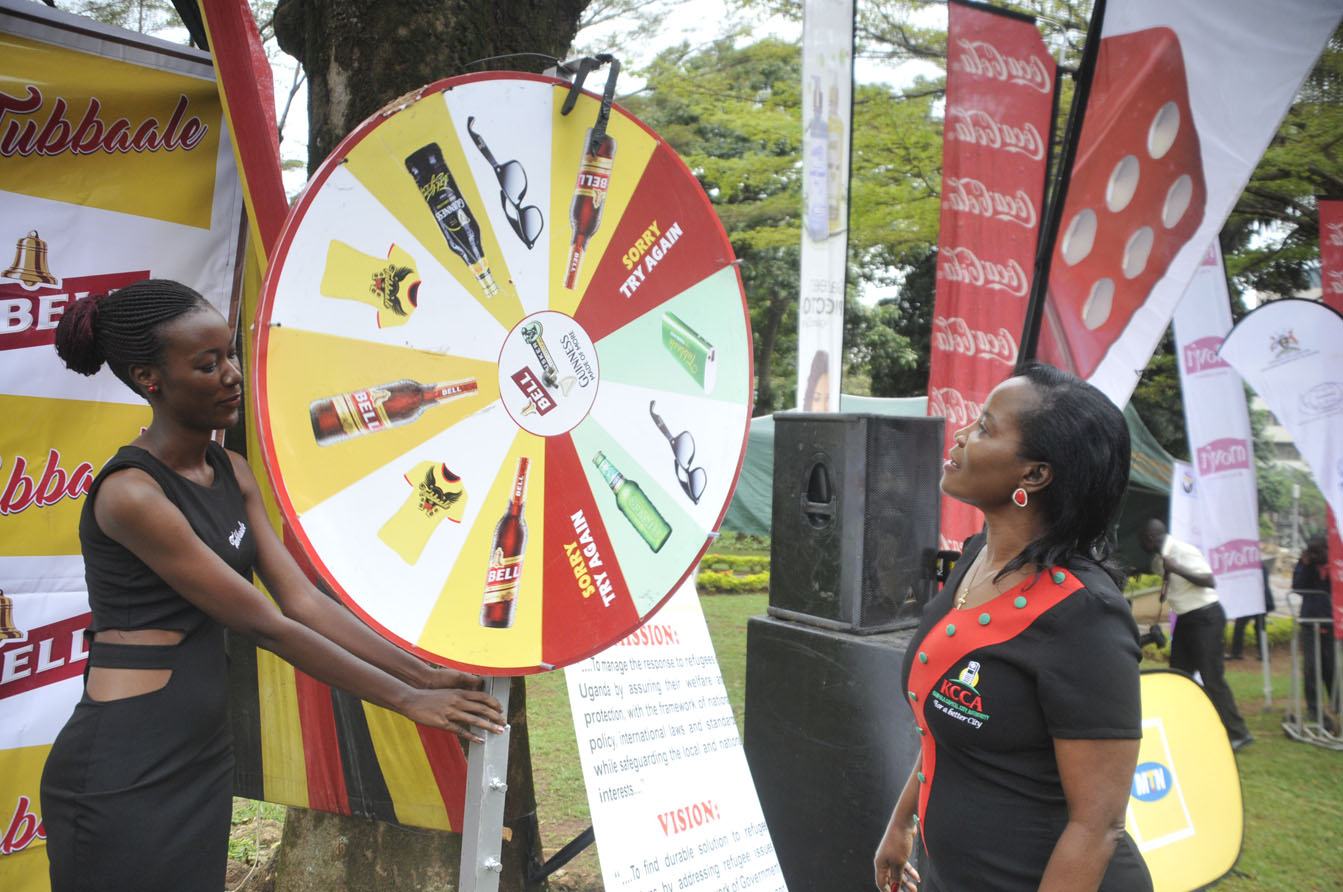 Ms. Jennifer Musisi, Executive Director, Kampala City Council Authority, with the assistance of an usher, gets a feel of the Tubbaale Spin and Win wheel at City Hall.

UBL has also promised to have their full range of products from beer to spirits available for sale. From favored beer brands Bell Lager, Tusker Malt, Guinness to renowned spirits like Uganda Waragi, Johnnie Walker, Baileys and single malt whiskies.