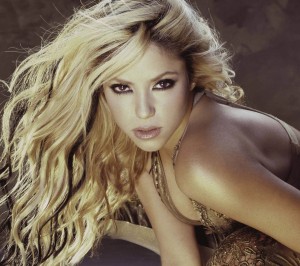 Shakira is not ready for marriage

News coming in from Brazil is that, Diva Shakira is in no rush to tie the knot with her soccer star boyfriend Gerard Pique, insisting marriage won’t enhance their relationship.

The ‘Hips Don’t Lie’ hit maker has been dating the Spanish soccer star since 2010 when they worked on the official world cup song, have a one year old son named Milan.

However, the singer is adamant walking down the aisle is not a priority. She thinks getting married to the 27-year-old footie star, will not add any value to their already blossoming relationship and that they already have what was essential for a family

In an interview with Glam Belleza Latina magazine, the 37-year-old Colombian singer says, “We already have what’s essential, you know? We have a union, a love for each other, and a baby.

“I think that those aspects of our relationship are already established, and marriage is not going to change them.”

Fans in Uganda and in other parts of the world have since been heaping blame on her on social media for the poor showing of her boyfriend and eventual elimination of Spain from the 2014 world cup. A fan who called a local radio station during a live relay of Spain’s match against Chile, complained that the ‘waka waka’ singer has disorganised the defender by this revelation.

“It is that singer to blame. She is just too much for Pique and has unsettled him” the caller said.

She has also not been as prominent in cheering his man and the team as she did in 2010 when the tiki-taka playing La Furia Roja won it in South Africa.

However, she insists that Pique who she starting dating in 2010, will be her husband if she ever changes her mind, adding: “If I’m ever going to get married, he’s the one.”