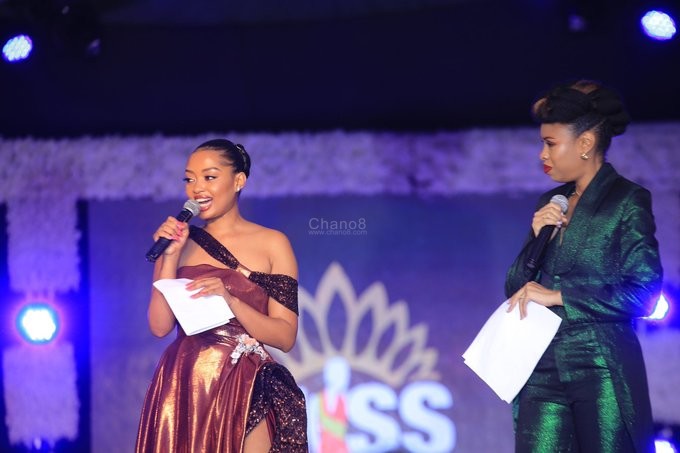 As the whole world held its breath expectantly to see who the next Miss Uganda would be, two socialites disgraced themselves in front of the whole world as Zari Hassan Aka Boss Lady and Anita Fabiola fought on stage at the Grand Finale of the Miss Uganda pageant held last night at Sheraton Gardens in Kampala.

It all started when Zari who was one of the Judges was invited on stage to read out the final results and announce the winner of the contest to declare Miss Uganda 2019.

The 42-year old mother of 5 walked majestically onto the stage with her heavy red dress that had a slit running through its whole length up to the waist as the crowd cheered her on.

With the final 5 contestants already invited to step in front of the rest on stage, she had the results sealed in an envelope that she had to open and read from. However she opted to assign that duty of opening the envelope to Anita Fabiola who was standing close by because she is (Fabiola) is the secretary and the Boss lady cannot do such Admin work. 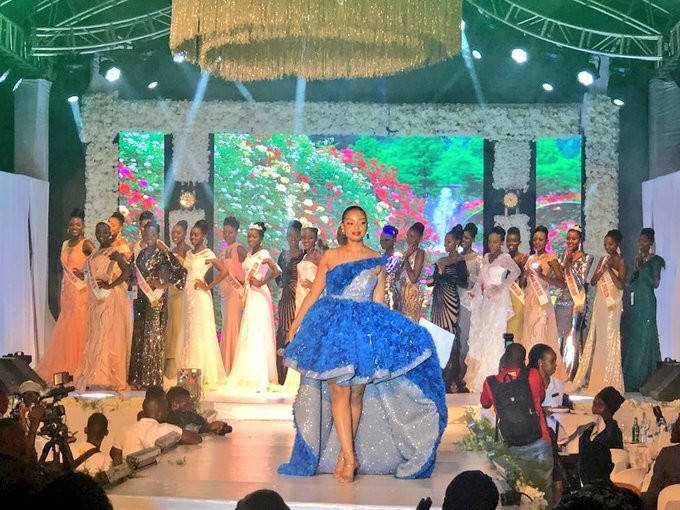 Although Fabiola ignored her the first time, she repeated the same statement when there were only the top 3 left as Fabiola still remained unmoved till she waked her with the envelope and practically hit he stomach with it several times as she retorted “gerrit on, gerrit on” amidst boos from the now disappointed and enraged crowd.At this moment it turned into a cat fight as Fabiola retaliated by refusing to open the envelope and instead standing her ground that she would not be disrespect as she is the host of the show.

With both charged socialites now each holding a microphone, it turned into an ugly scene as the wrestled for attention with Zari yelling “I insist on my statement, as women, we are supposed to lift each other “. A statement interpreted my many to mean Fabiola is still very low on the social ladder compared to Zari herself and needs help(from the boss lady) to be elevated. 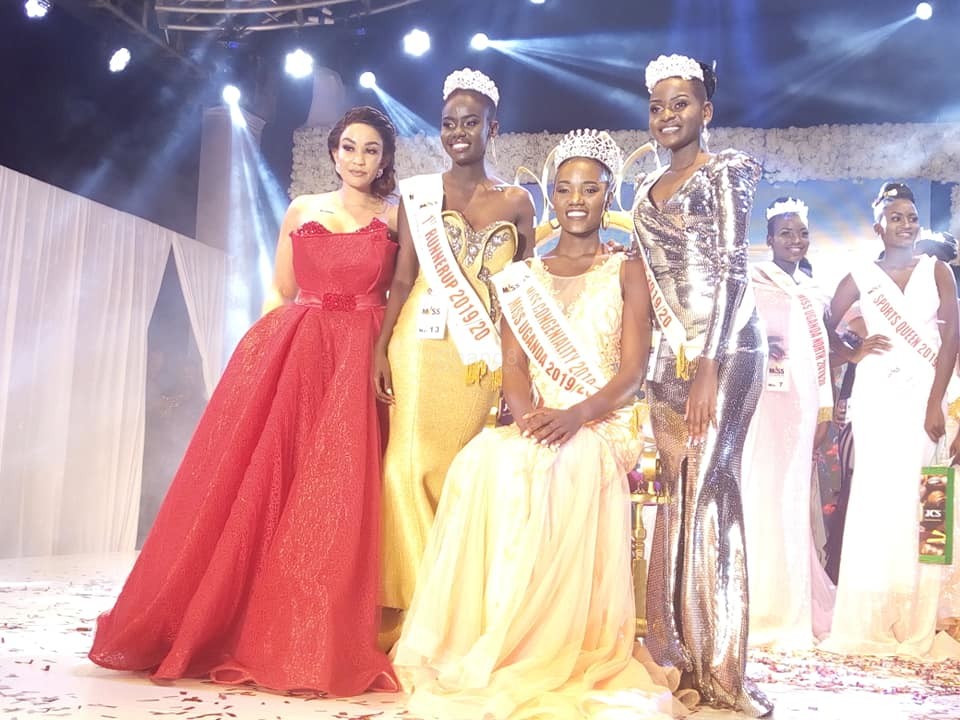 Zari (L) Poses for a photo with the eventual winner Oliver Nakakande and the runners up.

A pissed-off Fabiola could not take the crap anymore and also lost her cool as she yelled back at her calling her name several times till Miss Uganda organiser Brenda Nanyonjo intervened to stop the childish squabble.

All this was going on right in front of a startled Miss World Vanessa Ponce De Leon who was also on stage with Miss Uganda Quiin Abenakyo ready to crown the new queen with cameras all focused on stage.