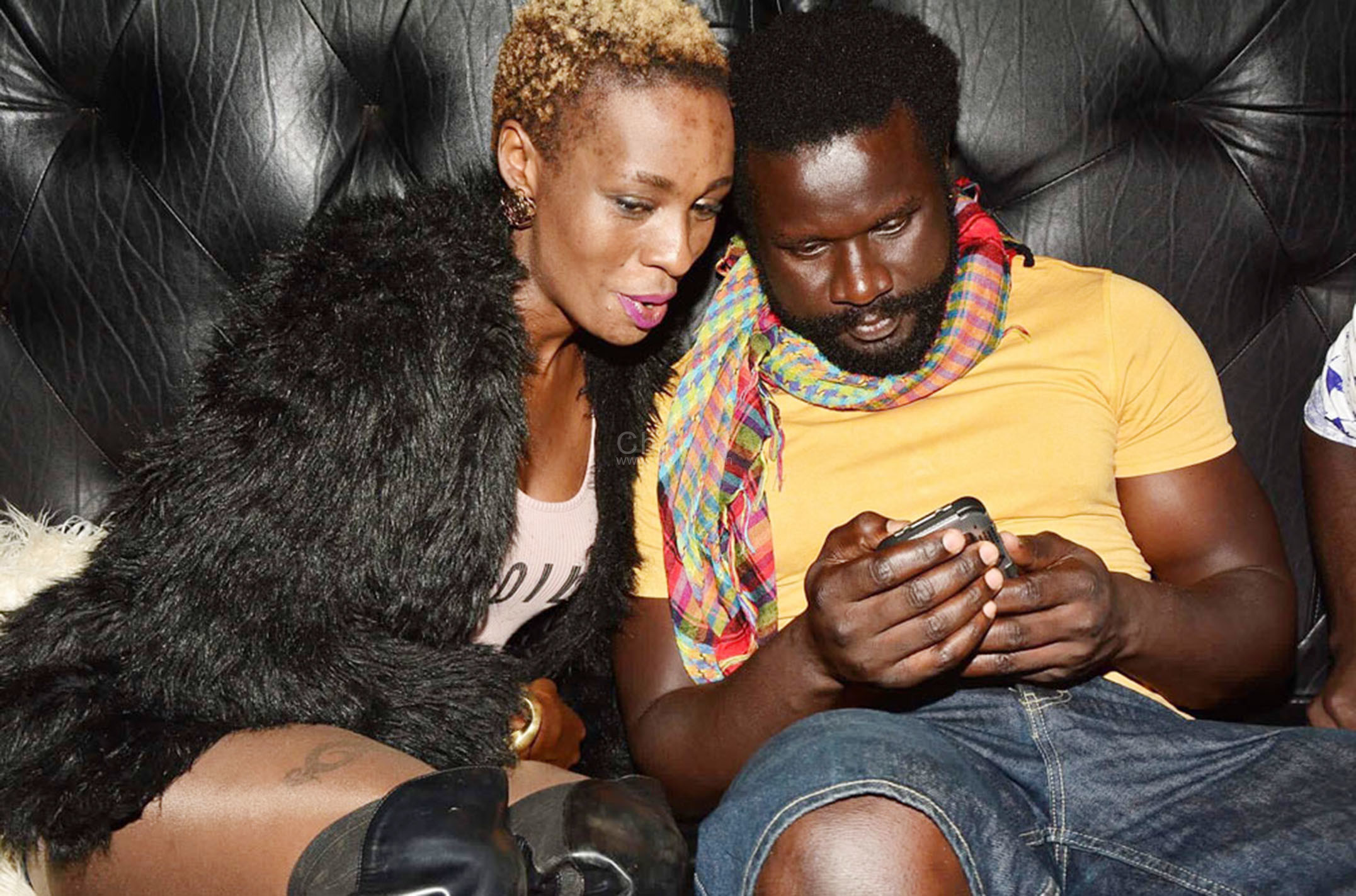 Amid the coronavirus carnage, there is still some good news and reason to be happy as celebrated dancehall singer Cinderella Sanyu aka Cindy The King Herself got engaged to actor Prynce Okuyo Joel Atiku

Just fresh from holding a successful Boom Party concert at Lugogo Cricket Oval, Cindy returned to the lime light and dominated front pages of entertainment news after her newly found sweetheart Okuyo proposed to her and she said yes.

Cindy then rushed to Instagram on 2nd March and posted a video of Okuyo on bended knees holding a glistening ring while asking her hand in marriage.

Joel Okuyo Atiku Prynce who is a Ugandan actor, model and photographer has been silently dating the singer for more than six months. According to our snoops, the love birds agreed to keep their romance a secret away from the prying eye of the media and public.

But when the two felt it was finally the right time, they started hanging out together and it was from such an outing that Okuyo seized the opportunity to propose, so as to take the relationship to the next level.

Our sources also add that, the two hooked up after falling the “Ayokya Yokya” singer fell out with dancehall singer Byaxy with whom they had a brief fling.

Cindy had hooked up with Byaxy after falling out with Kenneth Muyisa, a former footballer based in South Africa, whom she was dating after splitting with her Italian baby daddy Mario Brunetti.

Another close friend to the couple intimated to us that they are so intimately into each other that, heeding to the president’s self isolation and social distancing policy to curb coronavirus will prove impossible for them.

Although Okuyo had kept quiet after the whole proposal thing he finally came out yesterday and excitedly posted on Facebook  “PRYNCEPLE: 😍🥰The birth of a PRYNCEDOM!😘#shesaidyes” 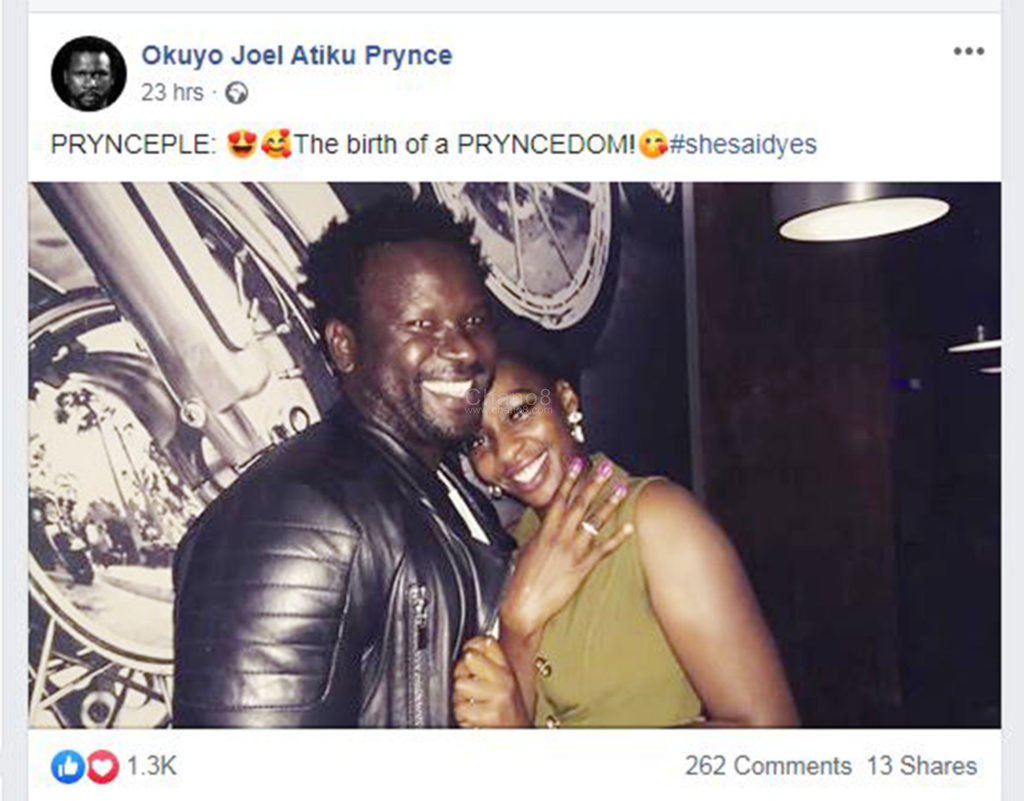 Okuyo has since the fateful night been over the moon and can’t wait to be with his new catch as husband and wife.

Before night clubs and hangouts were banned, they were spotted several times together in close proximity mumbling sweet nothings into each other’s ears. The two even reported travelled to Dubai together a few days ago, where Cindy had been hired to perform at a mega organised by model Doreen Kabarebe for Ugandans in Dubai.

Okuyo is mostly nown for his role and film acting breakthrough which came when he was cast as the Devil’s reincarnation in Ugandan director Matt Bish‘s 2007 Film Battle of the Souls, a popular Ugawood Movie about the life of Radio presenter Roger Mugisha.

Wedding bells were already close but the Covid pandemic has now complicated preparations. We are following events closely and will keep you updated on any development.