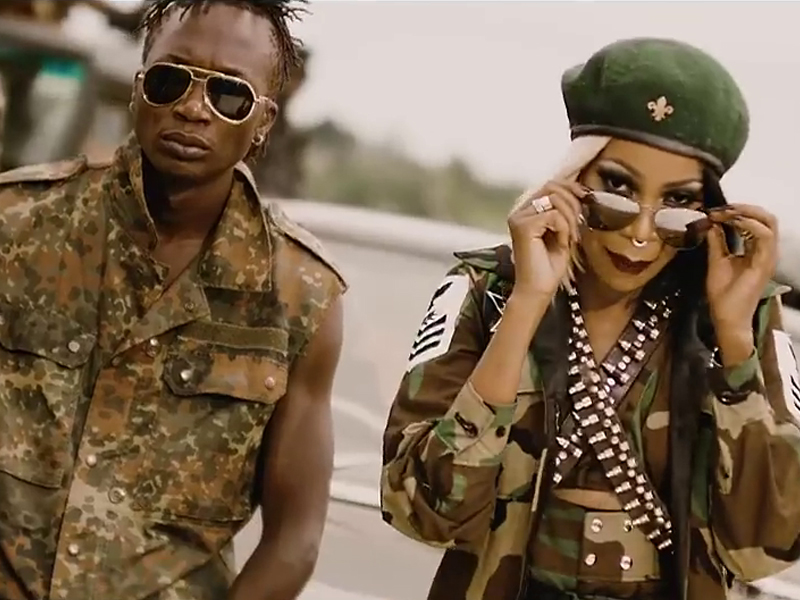 Sasha Vybz has produced many videos ever since he broke through in the industry a few years back but Sheebah’s ‘Kisasi Kimu’ seems to be arguably his best production so and we believe it’s really going to take her places. Not to exaggerate, but the video was technically well executed.

Just like some international stars Akon, Lil Wayne and Wyclif Jeans’ ‘Sweetest girl’ video, Sheebah’s ‘Kisasi Kimu’  concept was built like a movie trailer with an aerial view of a thick forest, deserted piece of land and finally three military cars moving on a dusty highway full of militia men. Other opening shots have burning tires and two spies looking at Sheebah through binoculars. They seemed to be target snipers. 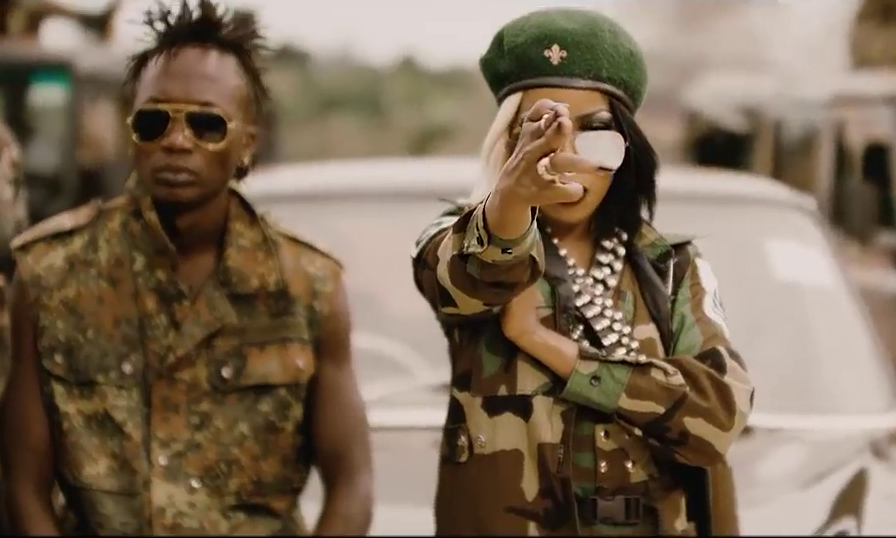 Sheebah Karungi and Roden Y in one of the video scenes

Then came the ultimate shot that makes the video stand out. Sheebah turning as a photo shopped military chopper passes by. The shot almost came off natural and real with dust spreading all over the place.

What makes this video rich is that, it was shot in one spot, (Mpala in Nkumba) where the Southern by-pass is being constructed but Sasha exhausted all the richness the place could offer. Then the aerial views which Sasha shot using a drone also made every angle perfect, the variety of video vixens gave it that extra view of a military barracks of sorts, the vintage cars especially the old model Benz that Sheebah emerged from, gave her that superiority over others and the military attire that everyone was clad in gave the video a classy look, that reflects on the song and its title which talks about a monster one shot-at-a- time gun. 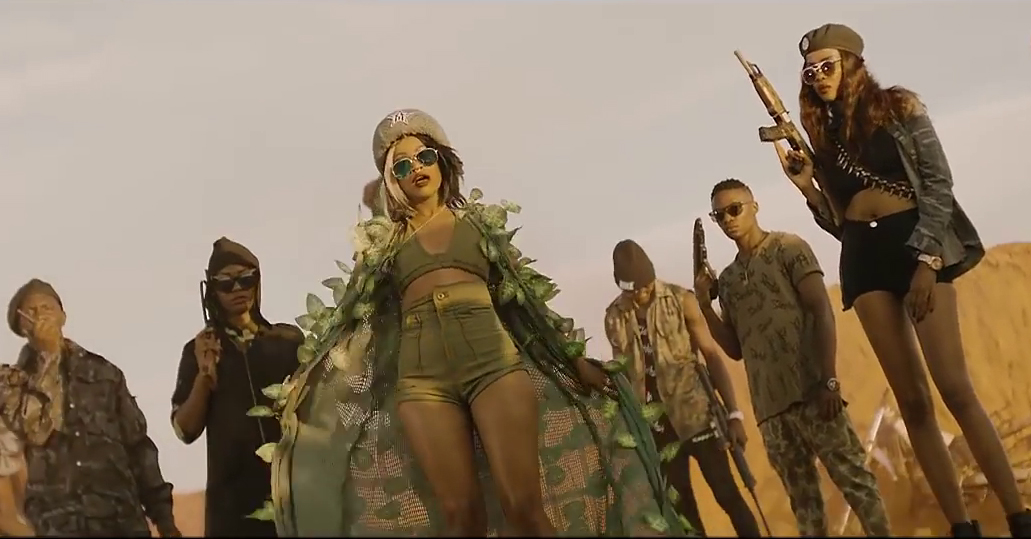 Sasha Vybz got another thumbs up for using buggy cars that are usually used in circuits or rally driving but what sums up the video for me are the beginning words of “Put some Respek On My Name”, taking us back to Jeff Kiwa’s earlier T-shirt that he wore with the same words after his release a few weeks ago from jail.

‘Kisasi Kimu’ is one of those songs get appreciated after several plays but the video is surely going to give it that extra push. It’s definitely going to play on international channels and will also surely win a number of accolades for.

Some of the  ‘Kisasi Kimu’ video scenes in pictures 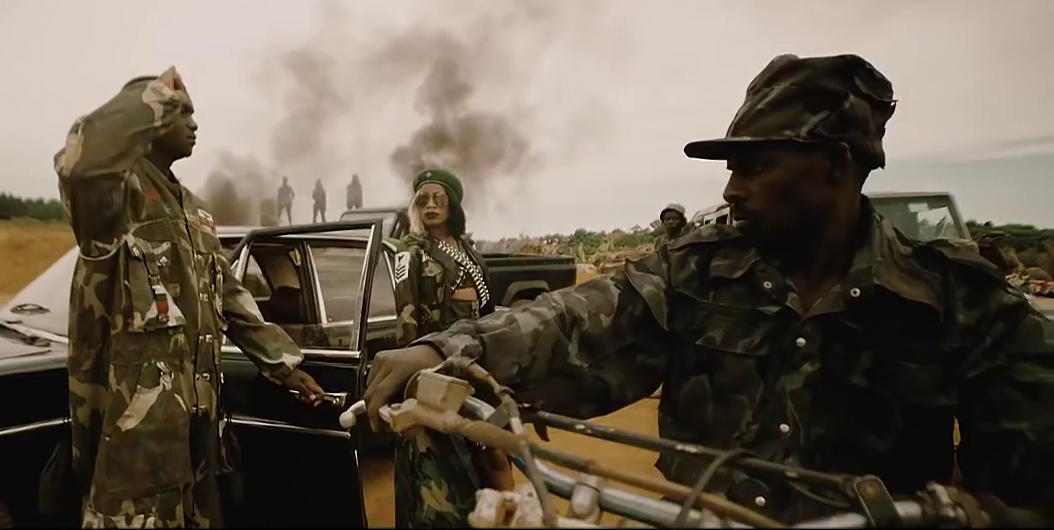 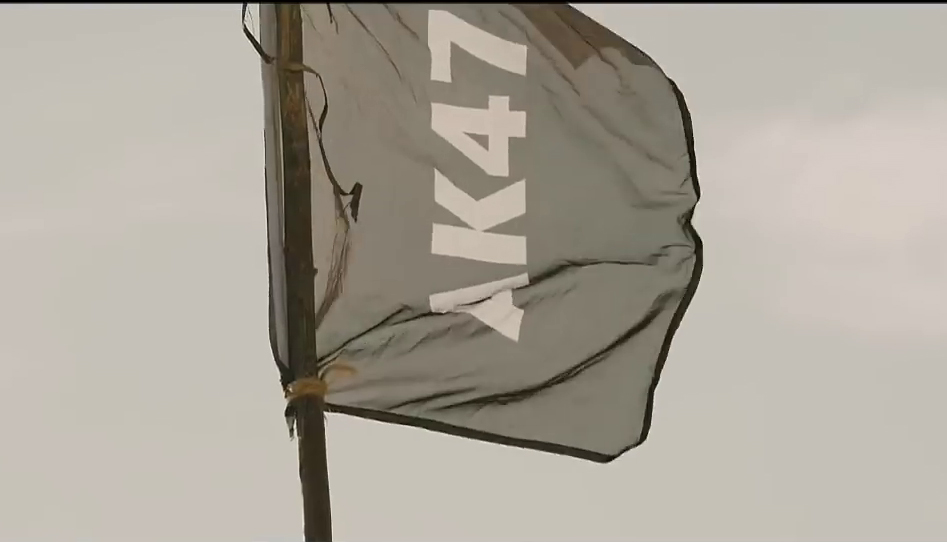 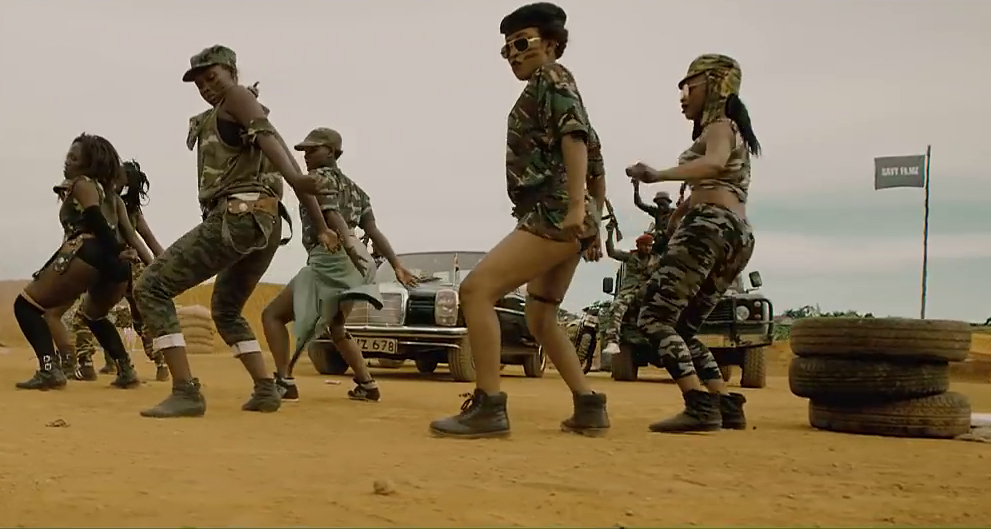 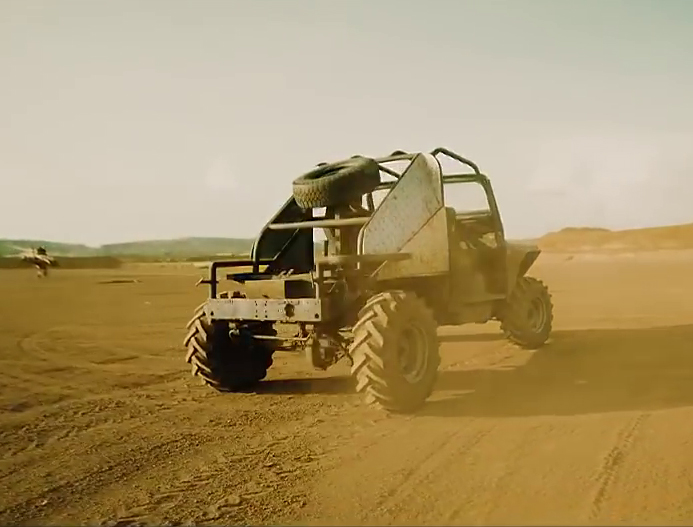 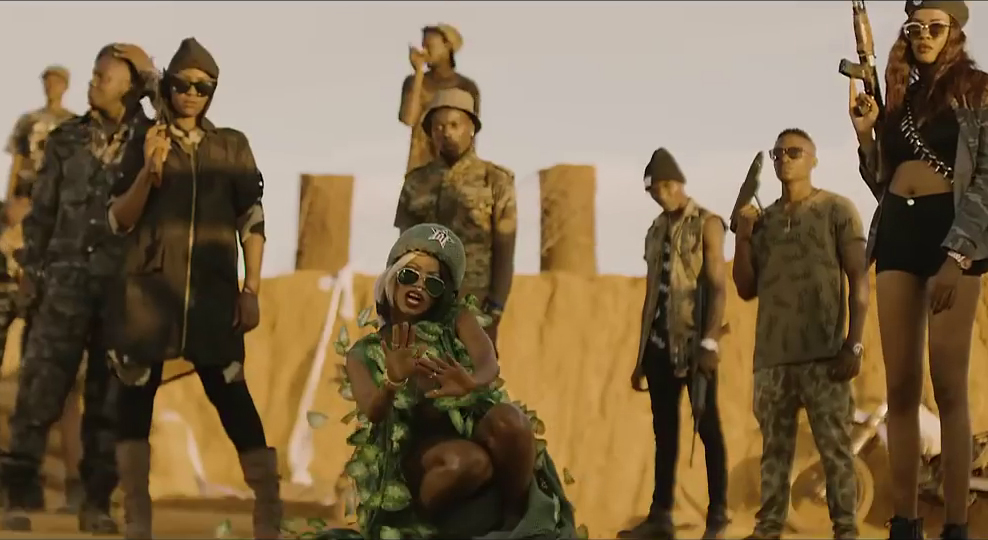 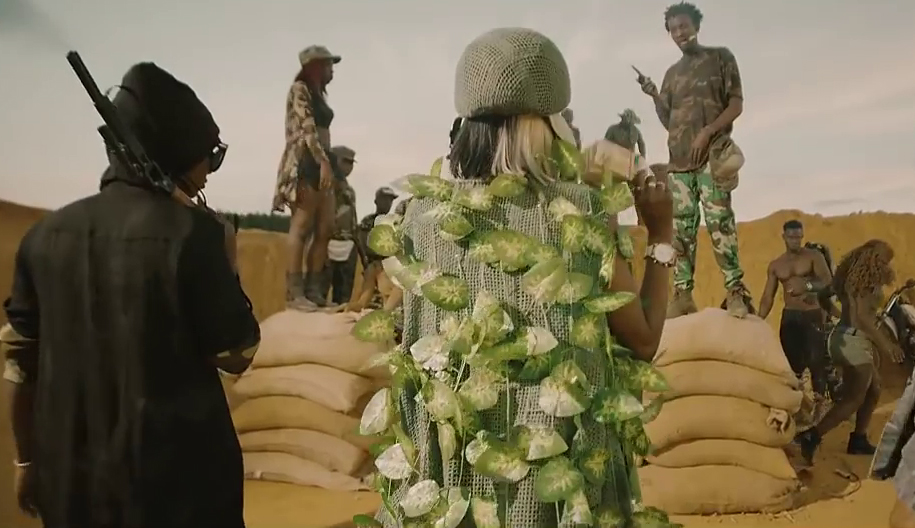