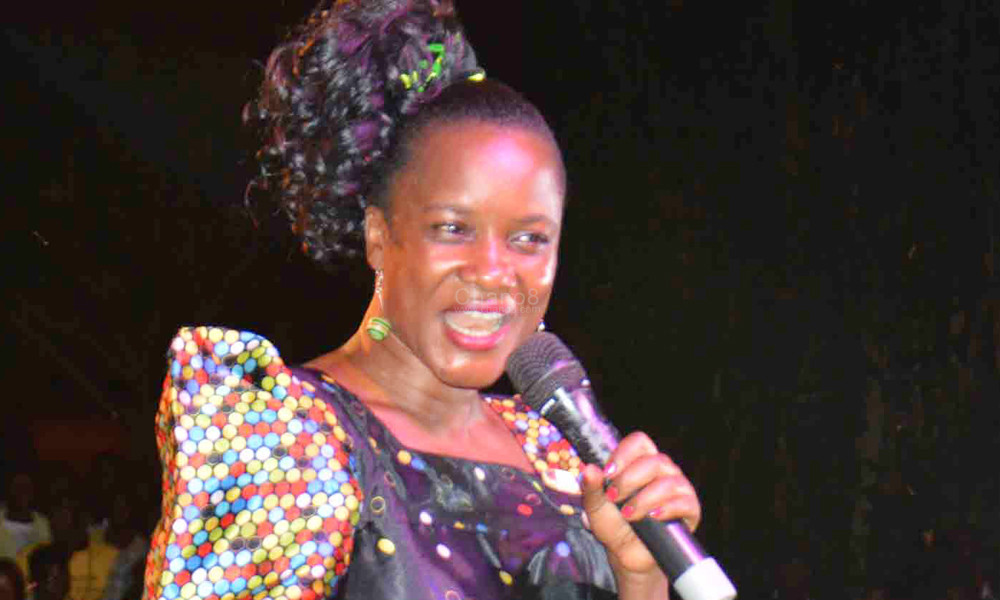 If you have ever attended any of Senga Nantume’s comedy shows, you will leave that place a changed person but only if you follow what she says keenly. Despite her vulgar language, she is so educative and that perhaps is the reason why she is a  relationship counsellor (Senga) for starters.

With her jokes aside, the Dembe FM and Sanyuka TV presenter earlier today revealed a secret she has kept for the past 40 or so years.

We said 40 because we are not sure how old she is and while speaking on an interview with  NTV’s ‘Mwasuze Mutya’ show, Nantume said that she had a very big crush on veteran musician Bebe Cool back in the days and this was because she was at the time involved with a much older man.

“I had a huge crush on Bebe Cool but never told him because he was a rich man’s son and we were just tenants on his house,” she confessed before saying she can’t believe she said said it on National TV.

Nantume further added that since she was married to a much older man, she used to look at Bebe Cool whenever they sent him to buy for them cooking oil and really liked him.