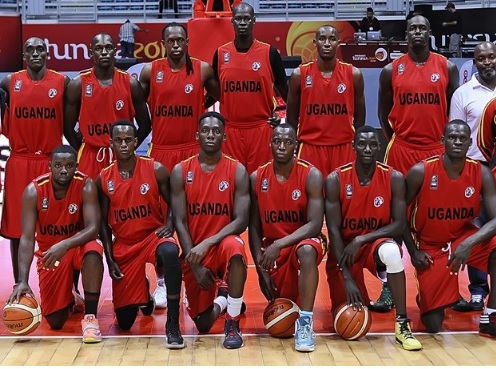 The Uganda_national_basketball_team commonly known as the Silverbacks indeed made their countrymen proud by qualifying for the Afrobasket championship to be held later in August this year in  Congo Brazzaville. The silverbacks were underdogs when joining this championship having always dropped out in the earlier stages of the tournament in the previous years.

It was not going to be a walk in the park since they had been pitted against the best in the region. The Ugandans defeated Burundi 99-54 on Wednesday night to top group British and book a place in the semifinals. Mandy Juruni’s charges started the game slower than they did in their previous game with Somalia.They carried a slim 5-point advantage (18-13) into the second quarter and then limited their opponents to 4 points in the period and scored 20 to take a comfortable 21-point lead (38-17) at the end of the first half. 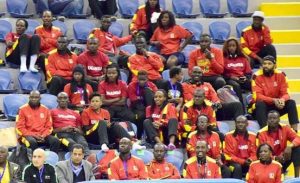 The national team watching their opponents play during the tournament.

Uganda’s offence sharpened as the game went on and their 29 points against Burundi’s 18 in the third quarter gave them a 32-point lead (67-35) after 30 minutes. Burundi crumbled as Uganda cruised in the final 10 minutes of the game.The win puts Uganda on top of Group B and the East Africans will now wait to play the second placed side from Group A.

Burundi’s Jean Hakizimana scored 14 points for Burundi while Landry Ndikumana added 10 in the team’s losing effort. Jonah Otim led Uganda with 16 points off the bench while Darius Pegues had 14 points and 11 rebounds on the night. Team captain Stephen Omony had 10 points and his assistant Joseph Ikong also contributed 10 points.

Uganda faces off against rivals Rwanda.

After such an amazing run they were to face Rwanda one of their arch rivals in order to get to the finals and qualify for the Afro basketball Championship. This win was not going to come easy. The Silverbacks defeated Rwanda 77-64 on Friday night in the semifinal of the Zone V qualifiers in Cairo, Egypt to return to the continental showpiece for a second time running.

After a slow start on both ends of the floor, the Ugandans recovered midway through the opening quarter and put on a 15-0 run to close the frame up 24-15.With the Silverbacks down 15-9 with 5:07 to play in the first quarter, Darius Pegues connected two from the line; Stephen Omony followed from deep and then went for lay up to put his team in front. From that point, the Silverbacks did not trail. 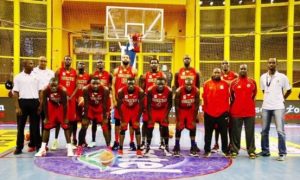 Silverbacks preparing for the games.

Rwanda played catch up the rest of the way. They tied the game thrice in the second quarter at 24, 26 and 28 but Uganda eventually pulled away. Pegues led the way for Silverbacks with 20 points and 9 rebounds. Stanley Ocitti contributed 16 points, Omonyi had 15 and 5 steals while Joseph Ikong netted 16.Kami Kabangu scored team high 18 points in a losing effort and so were Kenneth Gasana’s 17 points.

Saturday evening crowned off a rather hectic, pressure filled tournament when the semi finalists Egypt had to face the underdog silverbacks. Although it was obvious the silverbacks were no match for the Pharaohs’ of Egypt, this didn’t scare the Ugandans. Ikong Joseph being the most consistent did not disappoint with his ball handling skills and And1 moves. Although the silverbacks lost to Egypt 95-72, the silverbacks have made Uganda proud.