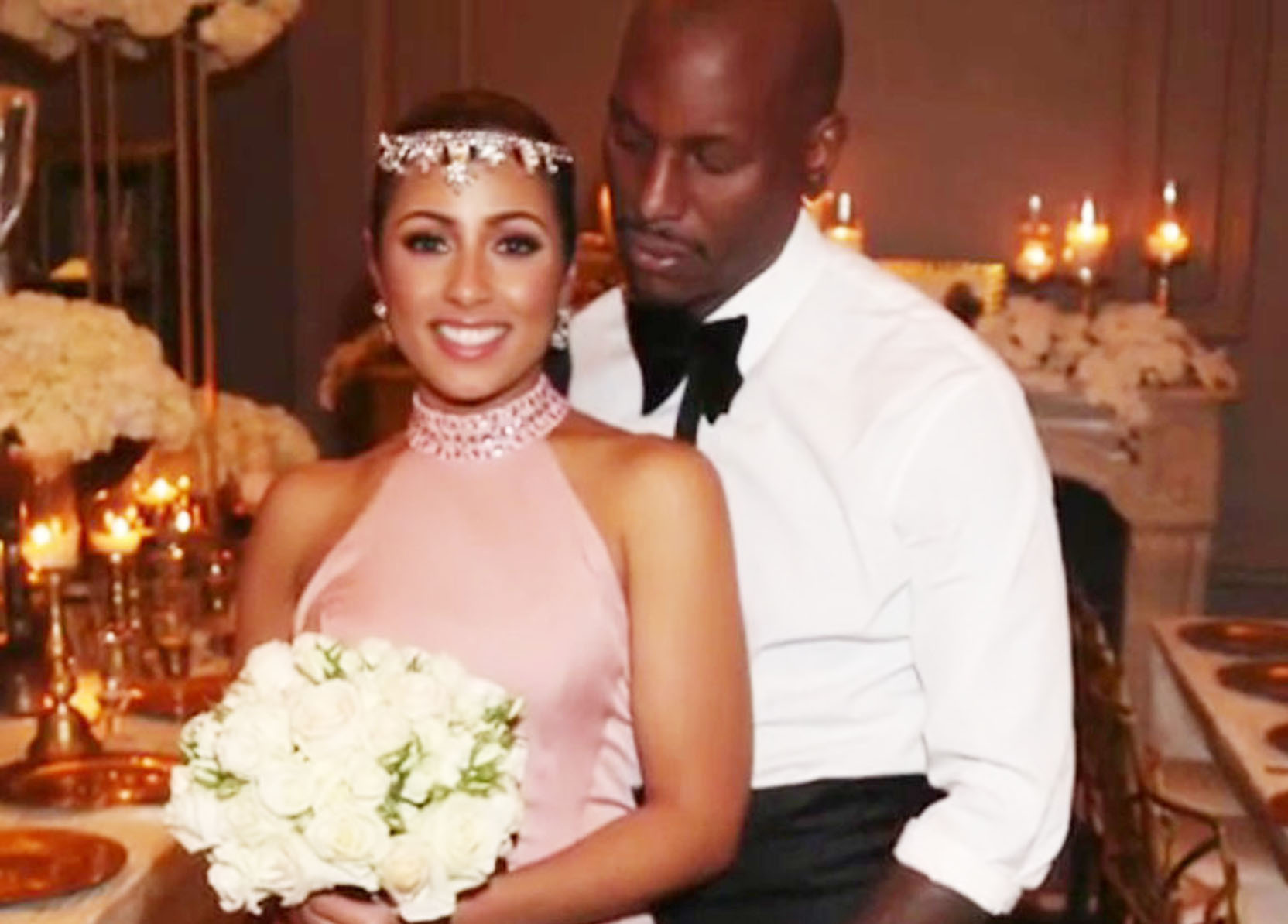 American Superstar singer and Actor Tyrese Gibson ‘has broken many hearts’ after announcing on social media that he got married on Valentine’s day. The Fast and the Furious star tied the knot during an intimate ceremony away from the prowling eyes of the public though he has been hinting on the particular event in previous teaser posts.

He broke the news on Tuesday in a video announcement posted on Instagram which he also shared on Facebook which features photo montages and video clips from the wedding with the mystery bride who has remained unidentified.

The clip which he terms “They say a happy wife equals a happy life” brings the best highlights from the romance-filled wedding showing Tyrese in a Black and tuxedo. His smiling bride is in a pink halter gown an elaborate diamond crown.

It is not clear for how long Tyrese has had the relationship, but it looks like a fairly recent affair that blossomed so fast with the lovebirds only first photographed publicly in December 2016 at a charity event in Atlanta.

The video set to Brian Courtney Wilson’s “I’ll Just Say Yes,” highlights all the special moments from his nuptials in which they show off two uniquely stunning rings each encrusted with plenty of diamonds. 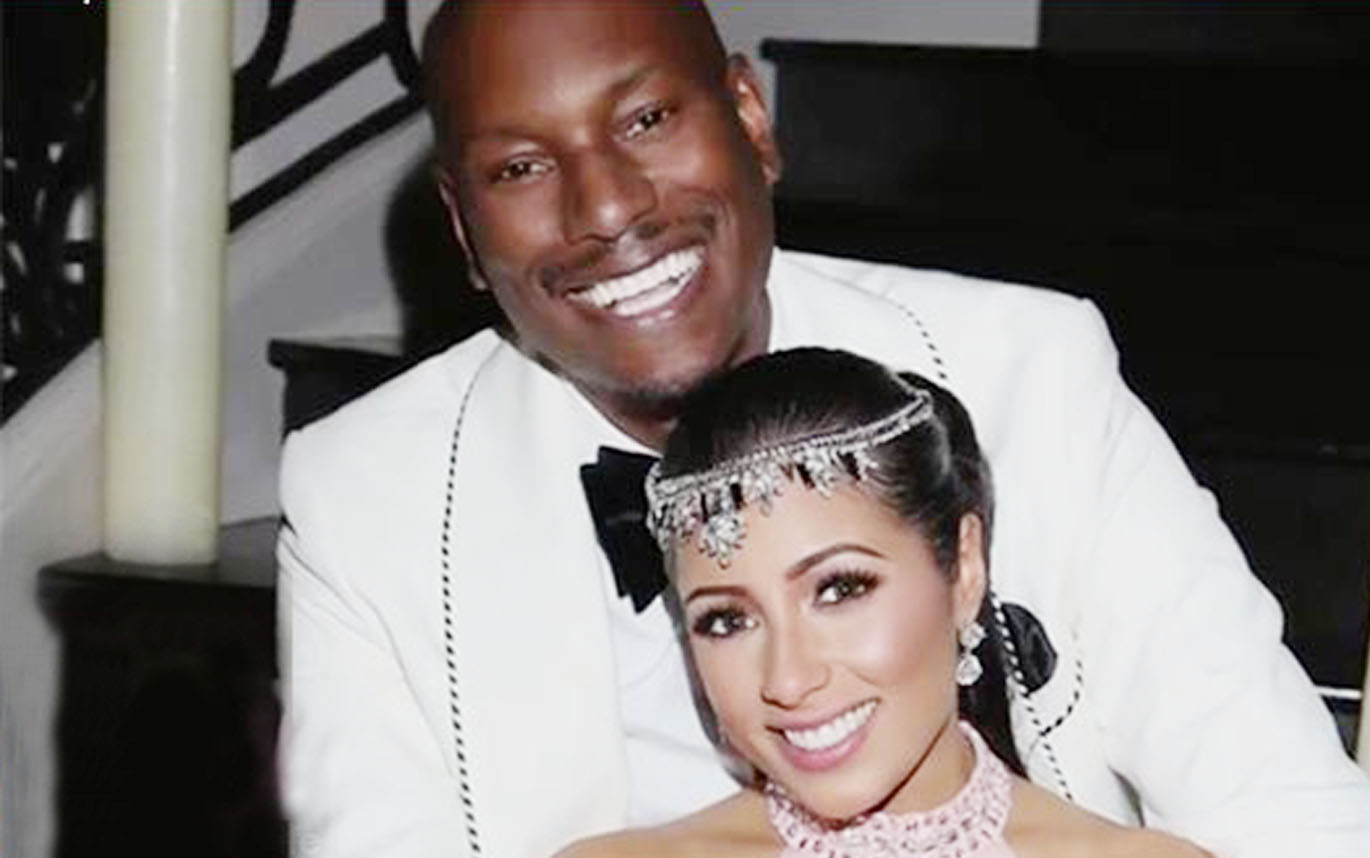 With the wedding coming up as a big surprise to many fans, the 38-year-old star actor has been on the roll updating the followers on the proceedings. He elaborately captioned the wedding moment in the video, “Mark 10:8 And the two will become #OneFlesh Mr & Mrs Gibson…….”

The only hint to the whole process was an earlier lost post he wrote to ‘future wife’ descring her to be one whose “voice is so soft and she has the energy and presence of grace and regal sophistication.”

I hope this proves that even in this day and age where it seems NOTHING is private you can still move and keep things private until you WANNA reveal your life…….

To God be the glory for the things he continues to do in and over all of our lives…. 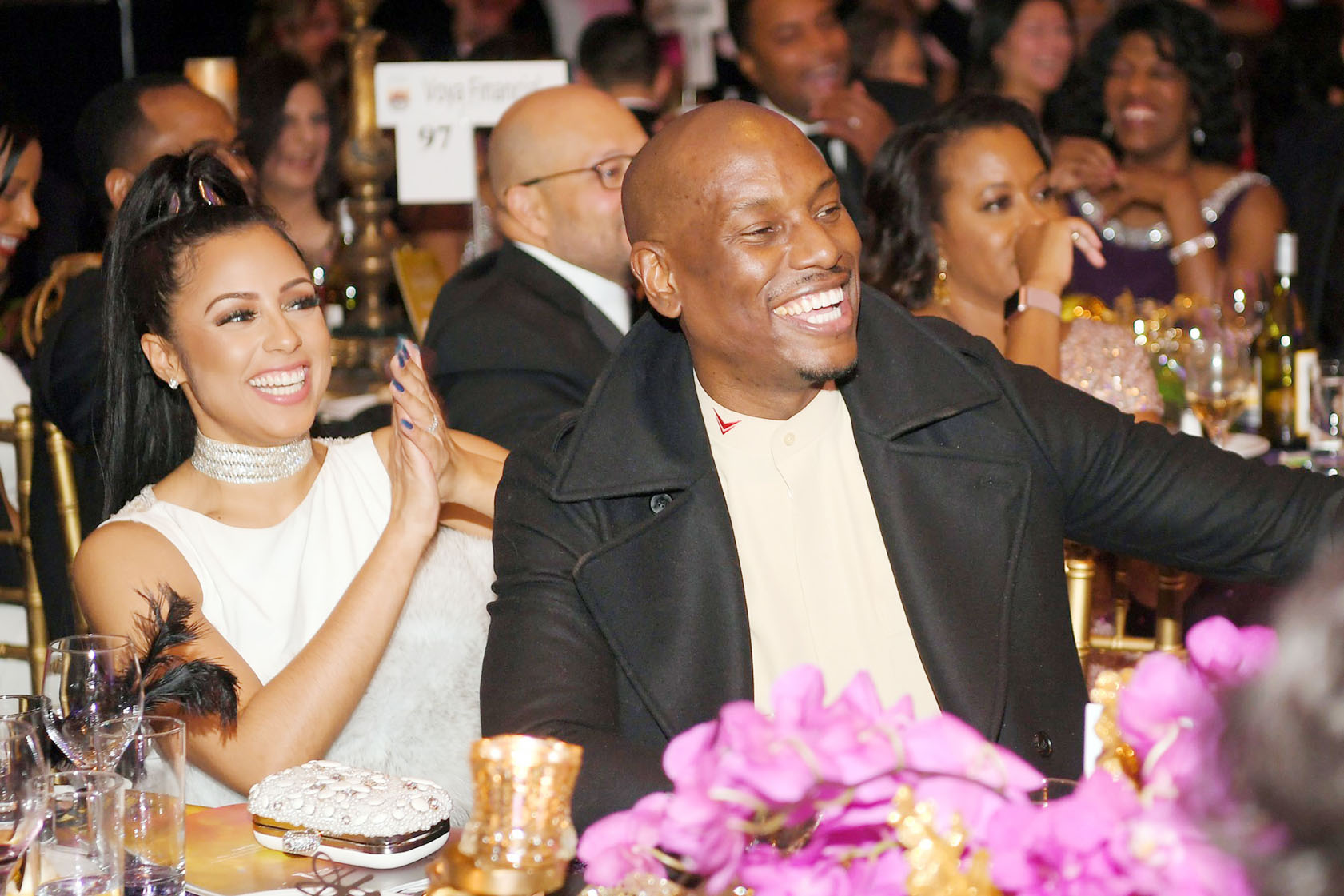 First time out? Tyrese and his love spotted at an event in December

Tyrese was previously married to Norma Gibson for two years until 2009. The two were blessed with 8-year old- daughter Shayla Somer Gibson.

Tyrese Darnell Gibson was born December 30, 1978 is an American Grammy-nominated singer, songwriter, actor, author, television producer, former fashion model and MTV VJ. He is best known for his roles as Joseph “Jody” Summers in Baby Boy and as Roman Pearce in the Fast and the Furious series. After releasing several albums, he transitioned into films, with lead roles in several major Hollywood releases.