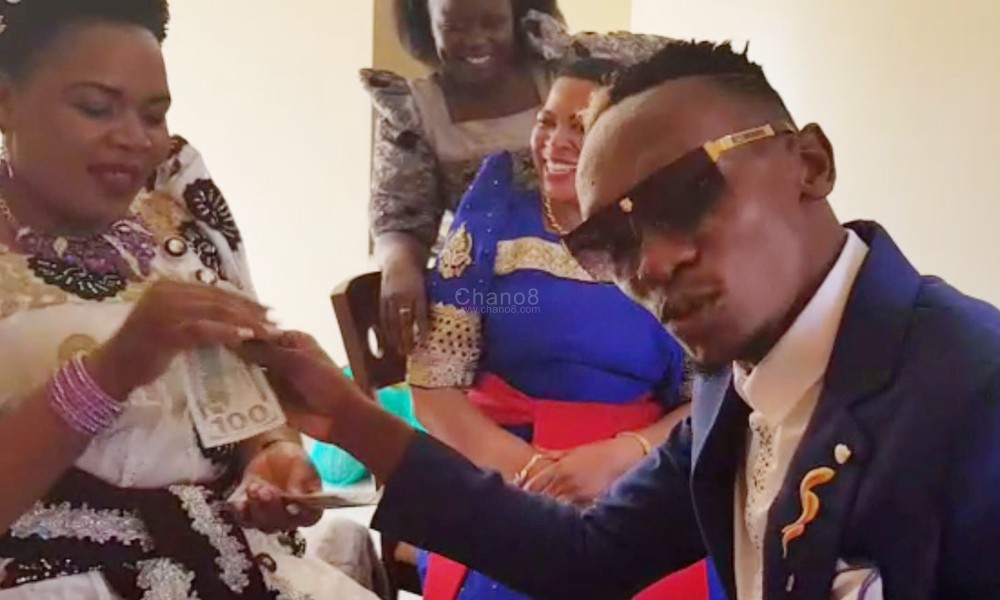 Before he took on music as a career, fast rising singer Hanson Baliruno was signed under gospel music singer-turned politician honourable Judith Babirye’s band from 2009 to 2013. Like we all know, on Saturday, Judith finally introduced the man of her dreams Honourable Paul Ssebulime to her parents at a secret ceremony that took place at The Lake Side Country Resort Garuga amid very tight security.

Attendees were happy for Babirye and their excitement was seen through the different gifts they gave her varing from food stuffs, electronics and hard cash among others. Singer Hanson was one of the attendees who gave the Buikwe woman MP cash

He handed Judith the cash gift of 1,000 US Dollars (Ug Shs 3.7 million) while being recorded on camera as revellers cheered him on.

“God bless you. It’s you who taught us how to make money, you see it? It is ‘white man money’ and it has come from far” were the words he was recorded speaking as he handed the ‘Yesu Beera Nange’ singer USD 100 notes one note at a time just like how the late socialite Ivan Ssemwanga used to do it.

Hanson Baliruno is known for songs like ‘Love Letter’, ‘Yes Yes’, ‘Malaria’, ‘Njaga’ and ‘Kandanda’ among others did this as a way of saying thank you to Babirye who paved way for his music career which has helped him earn the money