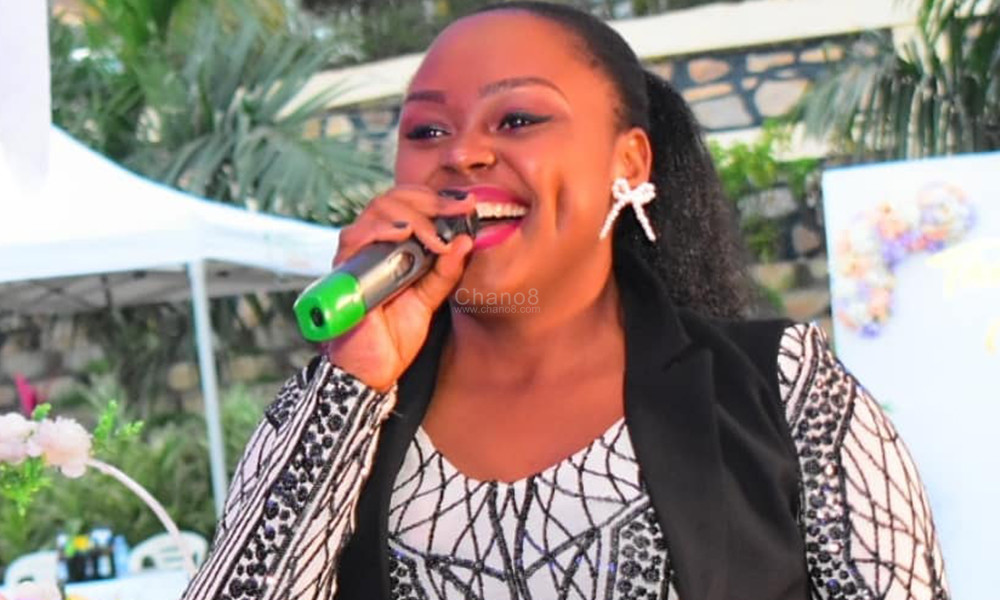 A few days after singer Rema Namakula’s lavish introduction ceremony which happened on 15th November 2019,  rumours were all over the news websites that the singer allegedly put her Toyota Prado TX model registration number UAZ 603Q on sale to get some money to pay off debts she had reportedly taken to finance the ceremony.

Many people who believed the rumours began mocking the ‘Katono’ singer saying that she bit what she couldn’t swallow but only her knew the truth. As a matter of fact, she remained tight lipped about the matter until on Tuesday when she finally cleared the air.

While at the a press briefing held at Vision Group offices ahead of her ‘Rema Live Concert’ on Valentine’s Day, Journalists didn’t fail to ask her about the whole ‘putting her car on sale’ to be able to pay her debts controversy

“How much is a new prado?” Rema humbly posed a question to journalists. “like Ug Shs 55 million” one of the journalists replied. “So if you sell a car you bought over 50 million some years back, how much much will it be sold at?” Rema asked again as some journalist were heard saying 35 million

“Let us say you get 35 million like you are saying, can that money facilitate a ceremony? Personally, Something I fear in this world is a debt, I can’t take a debt. Don’t you see how I have added on some weight, I would have lost weight if I had debts” She concluded

Rema blamed this whole controversy on people who just love to hate her without taking time to understand what kind of person she really is.