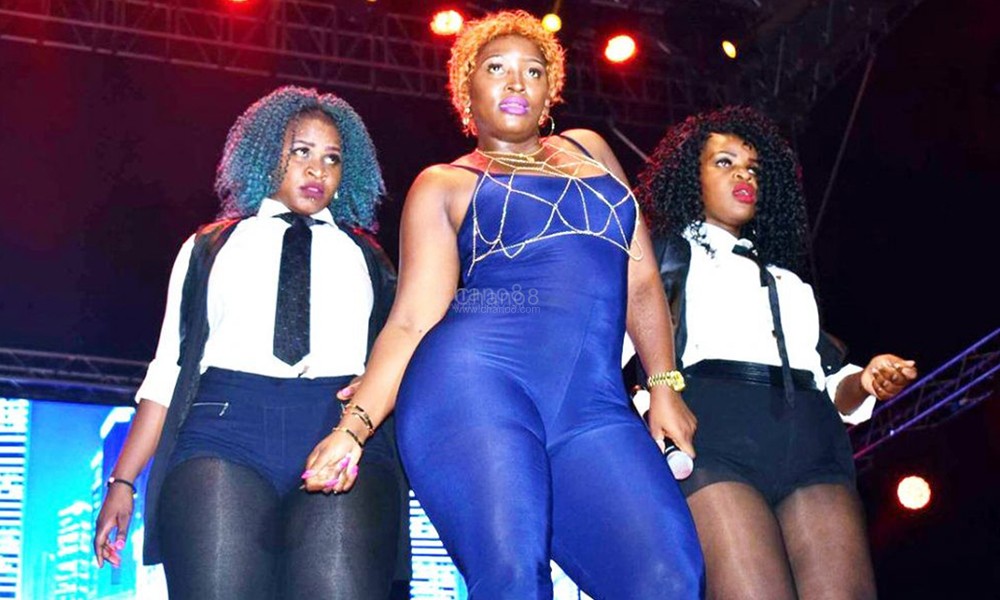 Last Friday while appearing on Spark TV with host Miles Lwamiti, talking about her music career, lifestyle and family in general, Winnie Nwagi was dressed in a short, Versace dress that revealed a bit too much of her body above the knee and part of the thighs. She had to sit facing the sideways lest the cameras zoomed in revealing what was underneath.

Her dress code raised eyebrows with her rare makeup that forced her followers and the viewers to start attacking her on social media.

One of her Facebook fans posted and asked her to change her make- up artist and mind her dress code. The singer felt abused and fired back. She posted and said that some of her fans stretch off the limit and should always mind their own business.

Just after the TV interview, over the weekend when Nwagi had gone to perform at an introduction ceremony with a number of other Musicians like; Mesarch Semakula and David Lutalo and upon posting the Kwanjula photos on her Facebook page, fans started criticising her for the makeup she wore. 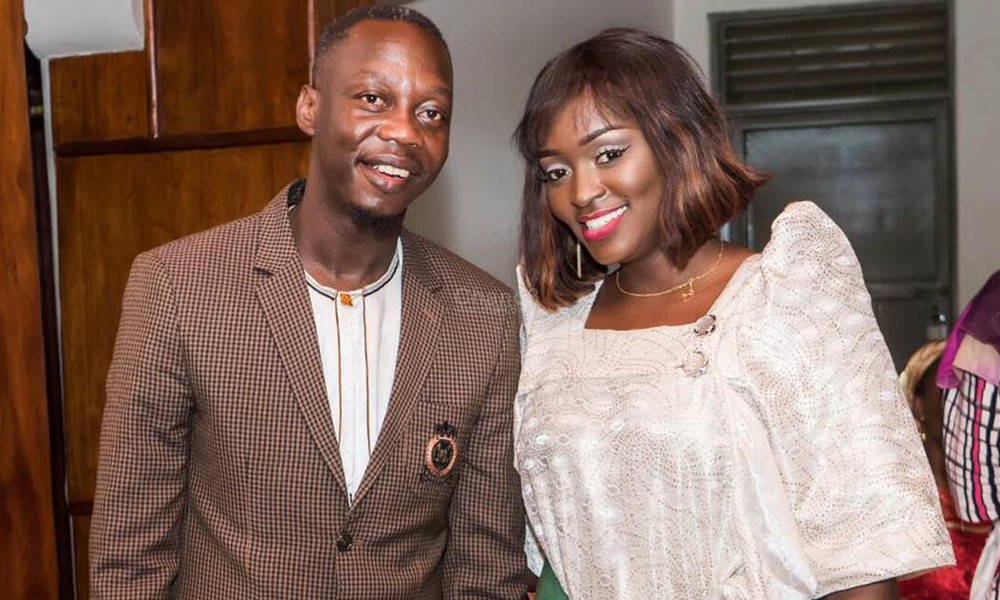 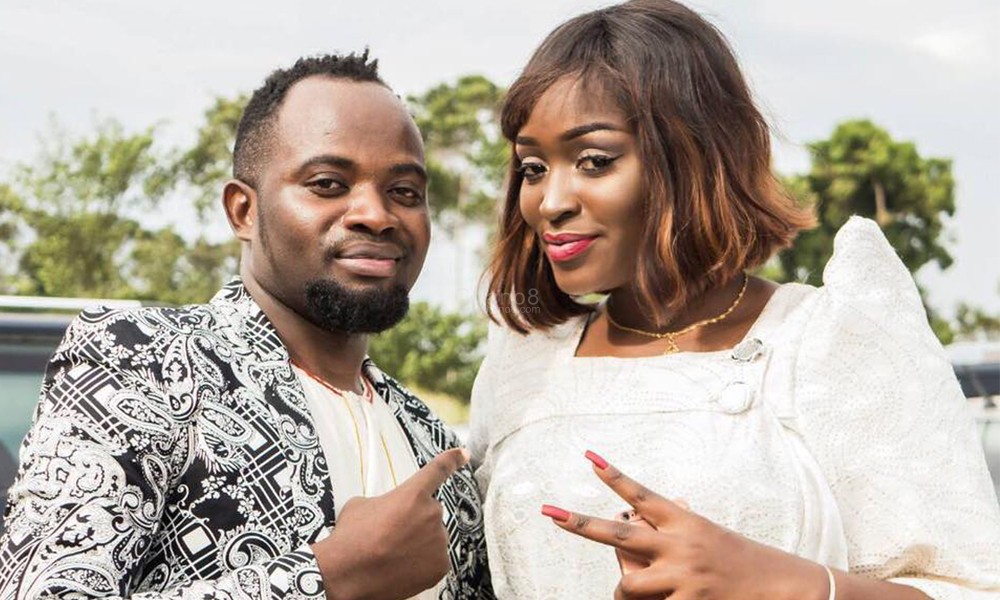 Winnie Nwagi, unfortunately, lost her cool and angrily replied back to the barking fans that were attacking her through the comment section and telling them off. 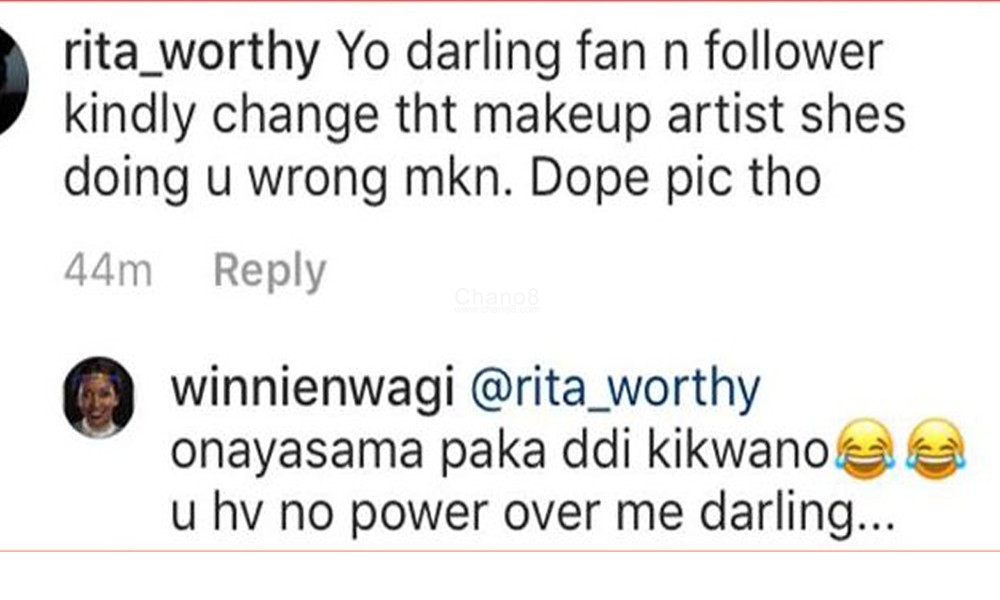 This is not the first time this is happening. A few years back,  Nwagi also clashed with her fans and followers on social media over her dress code after some fans complained about how she dresses for shows which they claim is ‘indecent’ which forced her to fire back.

“I am a human too and I have a right to put on whatever I want, and actually my dresses are not short as people claim them to be. They are slightly above the knees and I don’t think that is being indecent. I sometimes I put on very long dresses even on weekends but the media only takes photos when my skirts accidentally go up the thighs,” she then said while appearing on NTV Uganda Mwasuze Mutya show.