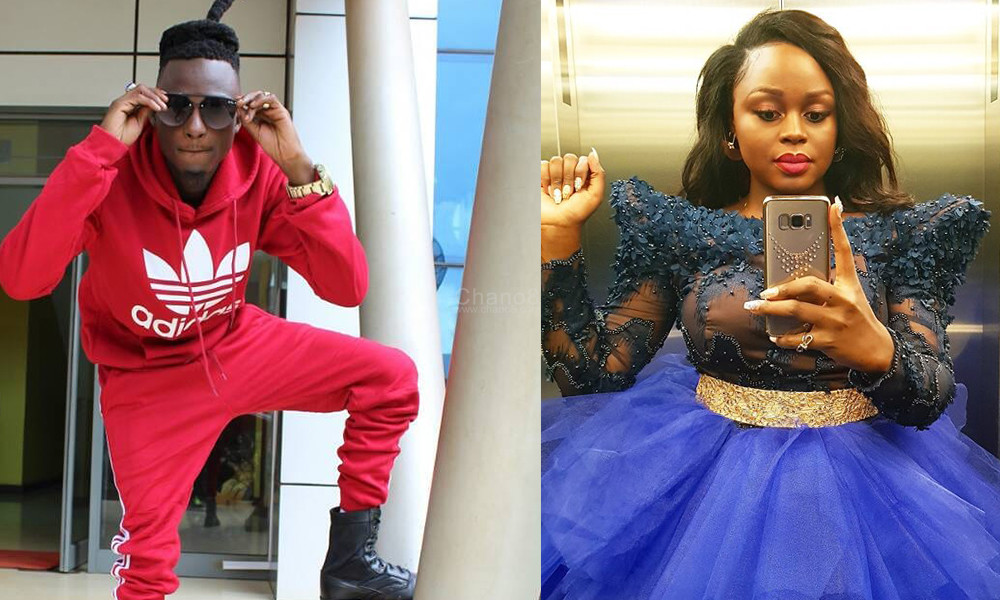 Whether I was a publicity stunt or not, a few weeks ago, singer Rema Namakula released a controversial song dubbed ‘Sili Muyembe’ which tells a situation where a lady loves a man unconditionally but the man doesn’t care

The song has become a hit especially basing on the fact that a big section of the public perceived it as a message to Rema’s hubby Eddy Kenzo.

Amongst the people who have seen the song in that angel is Dancehall singer Khalifah Aganaga who released a reply song dubbed ‘Sister’. Its lyrics are a lesson to Rema on how to handle a man before she thinks of leaving.

As the fans still digest the message in ‘Sister’, Aganaga who has of recent gone on rampage of trolling fellow artistes using social media as the platform is back at it in new a video saying that Rema is misleading people’s wives through the ‘Sili Muyembe’ song.

Aganaga based his statements on the fact that Rema is a girlfriend to a big artiste who won a BET award and has all the money a woman can ever need but she is she same one who can’t  be patient and solve simple family issues.

“I am not paid to advise the country especially when I see Rema misleading thousands of women.  You have a husband who won a BET Award, you own a Range Rover and you are living large. How do you tell me you are not comfortable? What about those other women who don’t have that chance.” Aganaga said

The ‘Katono’ singer further added saying that he is looking for Rema to be the vixen in the video to his ‘Sister’ song, which is a dedication to her.

“Why I am supposed to look for a video vixen when you are there hiding? Come be in the video so that I tell you things when the world is watching. I am looking for you Rema.” Aganaga added.