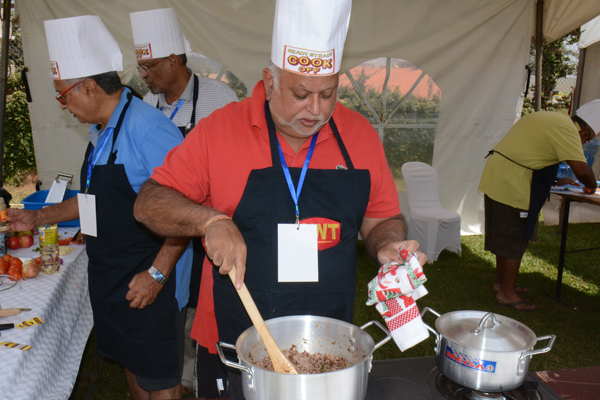 It was an eye catching moment to see a tycoon dreseed in chef’s hat and an apron, busy preparing food which later served to some of the revellers. 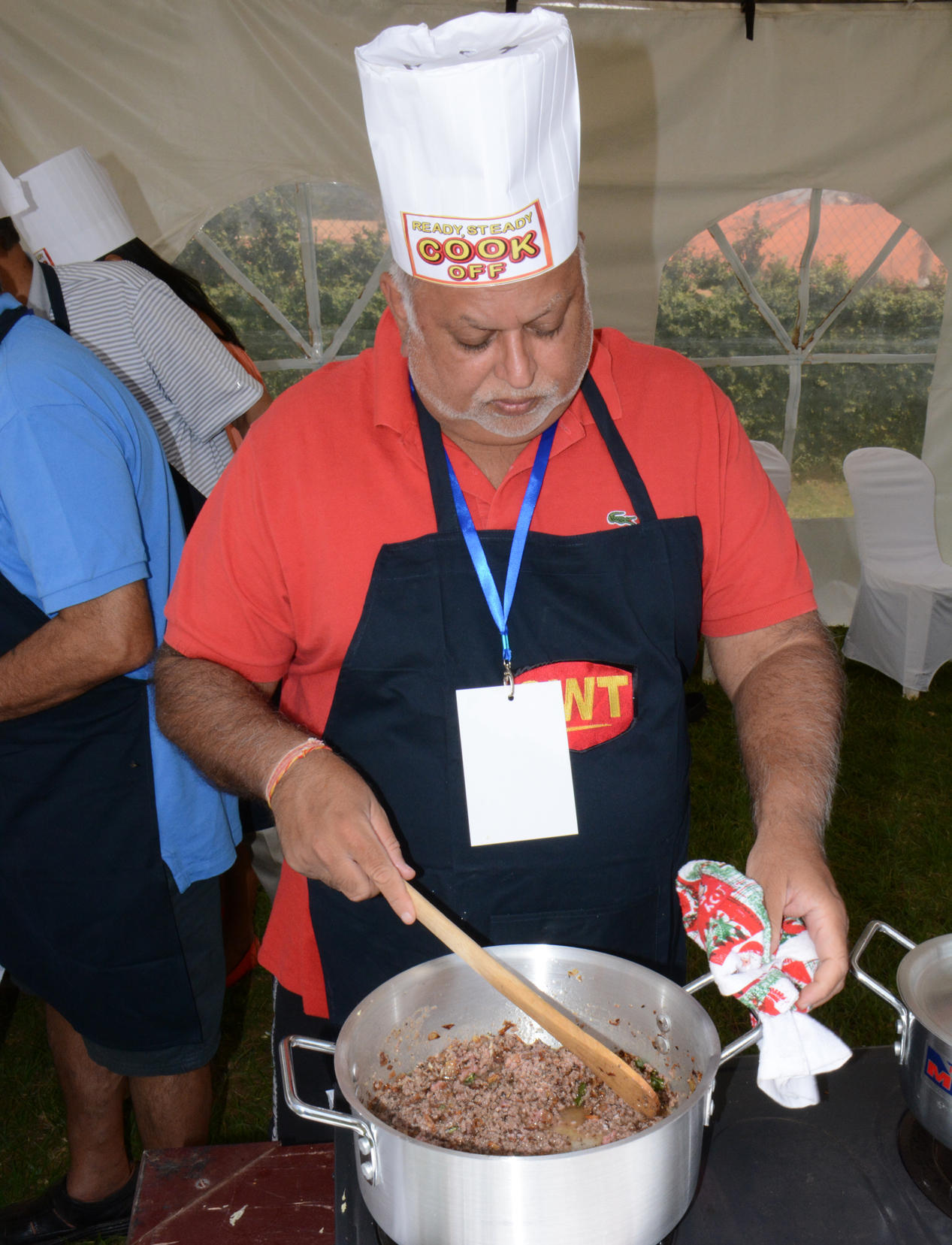 The event that  saw team Wednesday Club which Sudhir was part of tussle it out with the other 7 namely Kabira Country Club, Ruparelia Foundation, Red Paper, NBS TV, Gagamel Phamily, Sheraton Hotel and Kampala Food Network.

All the 8 teams prepared different dishes and they were inspected by the judges who gave marks and the winner was awarded. It finally came to that time when to announce the overall winner and Team Wednesday Club headed by Sudhir and also part of the Ruparelia Foundation emerged winner. 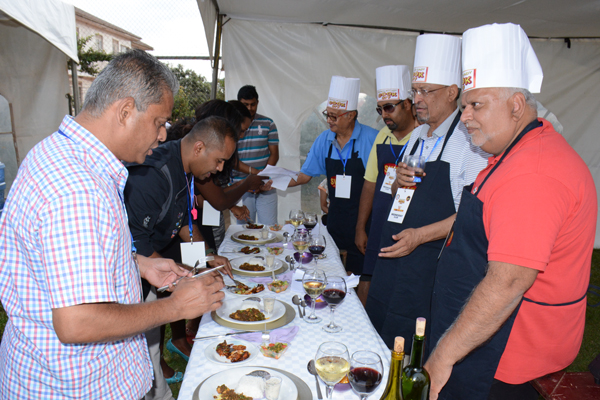 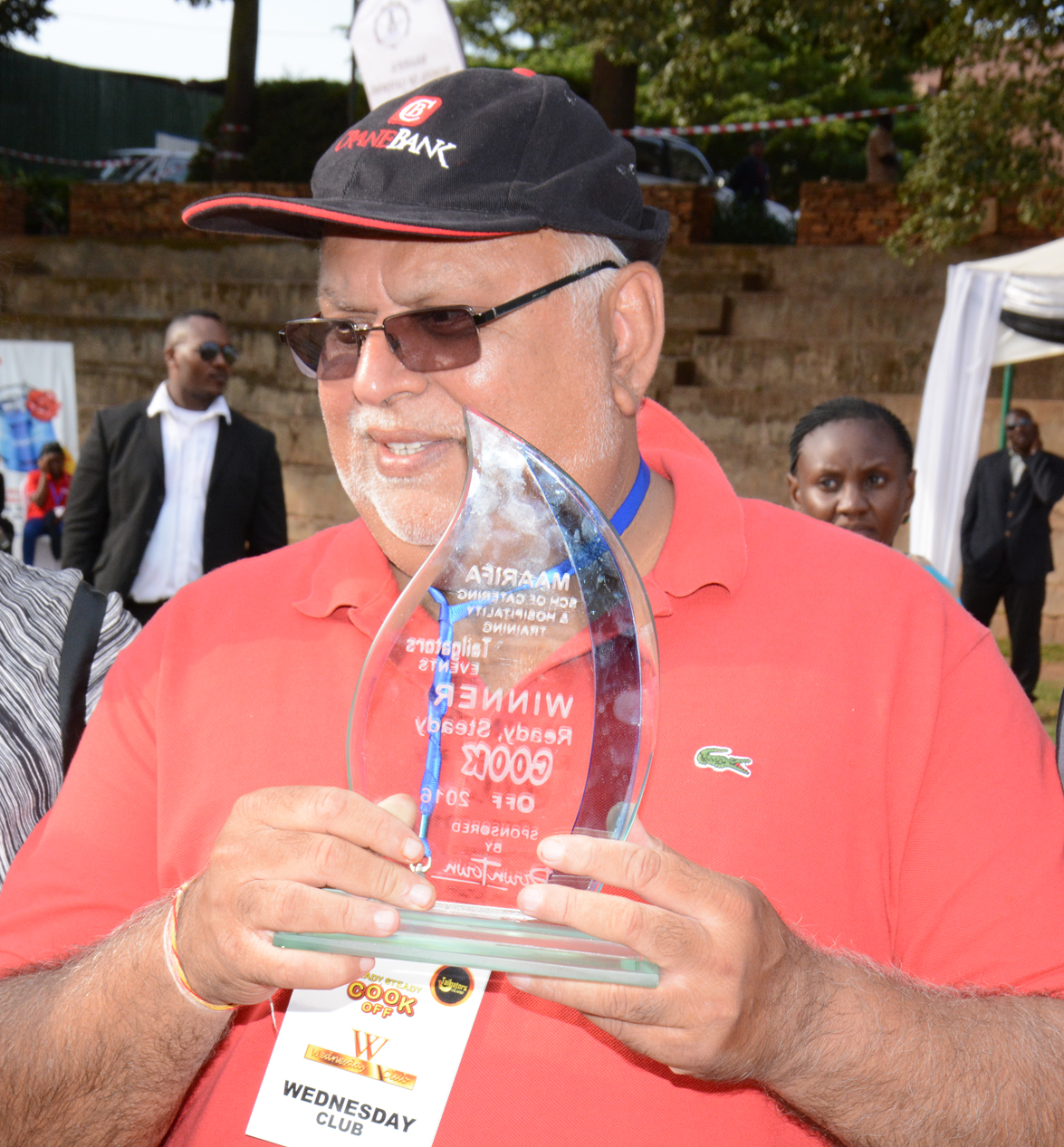 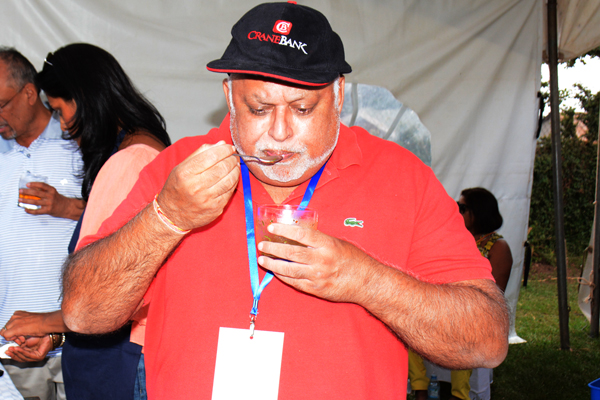 Sudhir tasting on the food prepared by him and the team 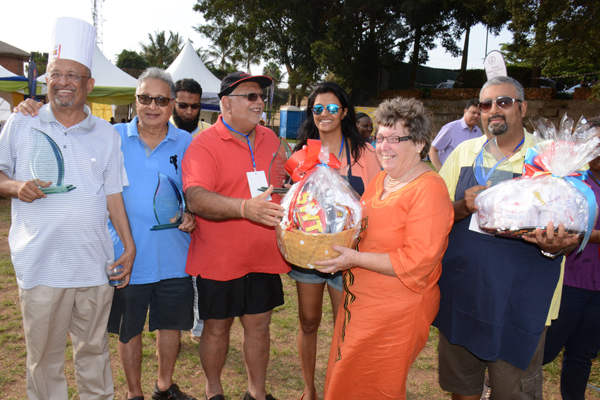 It was a moment of fun as the tycoon and his fellow team members received the award for being the best cooks for the day.