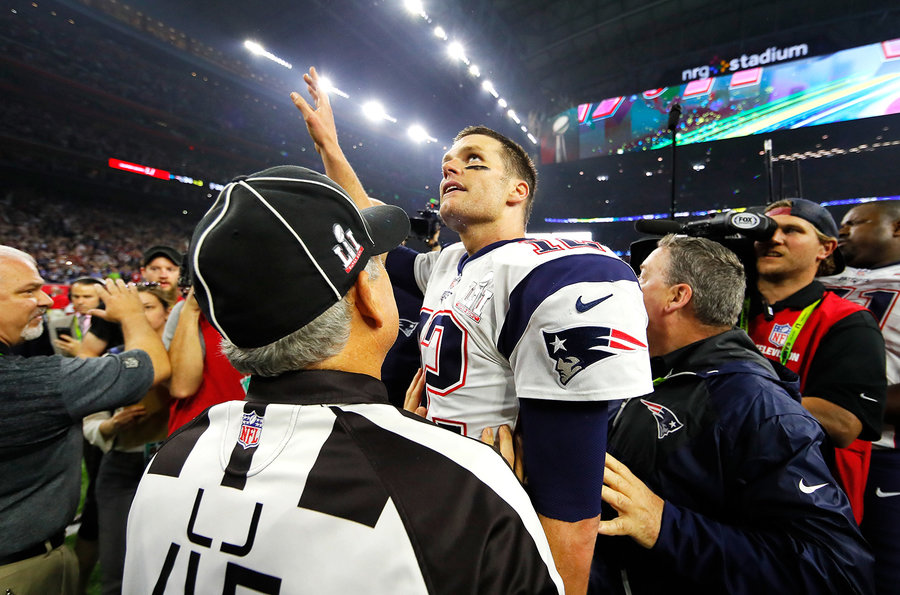 After such a nail biting presidential election in the USA, it is safe to say America has not changed much in the last few months after all: the New England Patriots are the Super Bowl champions once again. They beat the Atlanta falcons 34-28 in overtime amid a frenzied, brain-frying climax in Houston. For the Patriots’ quarterback Tom_Brady, it was a stunning ending to a season that ended in redemption and possibly cemented his position as the greatest player of all time. . 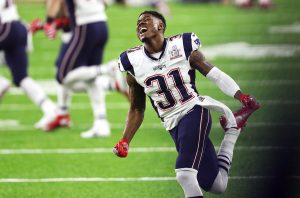 Jonathan Jones at the Superbowl 2017

The Super Bowl is the annual championship game of the National Football League The game is the culmination to a season that begins in the late summer of the previous calendar year. It can be compared to rugby but everything is twisted or like the Americans claim; fine tuned.

This game was created as part of a merger agreement between the NFL and its then-rival league, the American Football League (AFL). It was agreed that the two leagues’ champion teams would play in the AFL–NFL World Championship Game until the merger was to officially begin in 1970. After the merger, each league was redesignated as a “conference“, and the game has since been played between the conference champions to determine the NFL’s league champion.

On the day which the Super Bowl is played, it is now considered by some as an unofficial American national holiday, called “Super Bowl Sunday“. It is the second-largest day for U.S. food consumption, after Thanksgiving Day.  In addition, the Super Bowl has frequently been the most-watched American television broadcast of the year; the seven most-watched broadcasts in U.S. television history are Super Bowls.

Most readers will wonder why I am writing about the Super Bowl Sunday; here is why. I would like to see the sporting world evolve by picking out the things that make the super bowl a national day in America. Sports in Uganda is struggling because the federations are not picking up the various points that can not only build a mass following but also attract money into the sports.

Companies and artists alike bid to perform or run adverts on all broadcasting sights for just this one night only when the super bowl is airing all over the country. A competition that starts at the beginning of the season for sponsorship partners to come up with the best TV commercial starts almost three months to the day of this prestigious face off. Celebrity cameos are a Super Bowl commercial staple, so much so that using them in an original way has become something of a competitive sport. Budweiser, Michelin and the winner for the Super bowl competition Bai bai an antioxidant beverage company spend months in the year perfecting and scripting this one commercial that will stay in the hearts of the fans and have them voting to win the grand prize.

In 2016, Lady_Gaga real name Stefani Germanotta announced as the halftime headliner for Super Bowl LI. As an artist she had to come up with a performance that would make that one of Beyonce a few years back a distant memory in America’s mind. When she took the stage at halftime of the Falcons-Patriots showdown on Sunday night (Feb. 5), it was worth wondering what she would use the performance for. Dressed in her Gaga Stardust makeup and wardrobe, she kicked off her set in earnest with early classic “Poker Face,” and ran through “Born This Way,” “Telephone” and “Just Dance” from there. It was Gaga through and through, and every song felt more gratifying than the last. 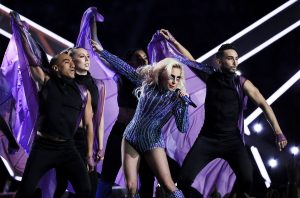 What can we do to emulate this big sporting event?

It is time we start marketing these sports as brands and selling points for companies. Indeed there is power in a brand, it can be used as a verb; like when people innocently ask you to Google. it, that brand has become so powerful it is used as a verb. This is something Betway, Nile breweries, Pepsi and Uganda Breweries should look into investing time in.

Let the broadcasters compete to have the games aired on their stations this will enable the sport earn money and also create a following for the event as there is always strength in numbers. Is this something Azam Tv, DSTV, Star times, UBC should adapt?

Artists should be seen to put a lot of effort in the performances they give on these big days because to be honest not everyone who comes to see the game is a fan, some other people come to see the show and that in it will build hype for the event. We have seen so many people achieve greatness from being watched on every TV station on this one night, is America can do it, then it is time we all follow suit. Bebe Cool, Chameleon, Bobi Wine, Sheebah Karungi, Radio and Weasel; this challenge is for you.