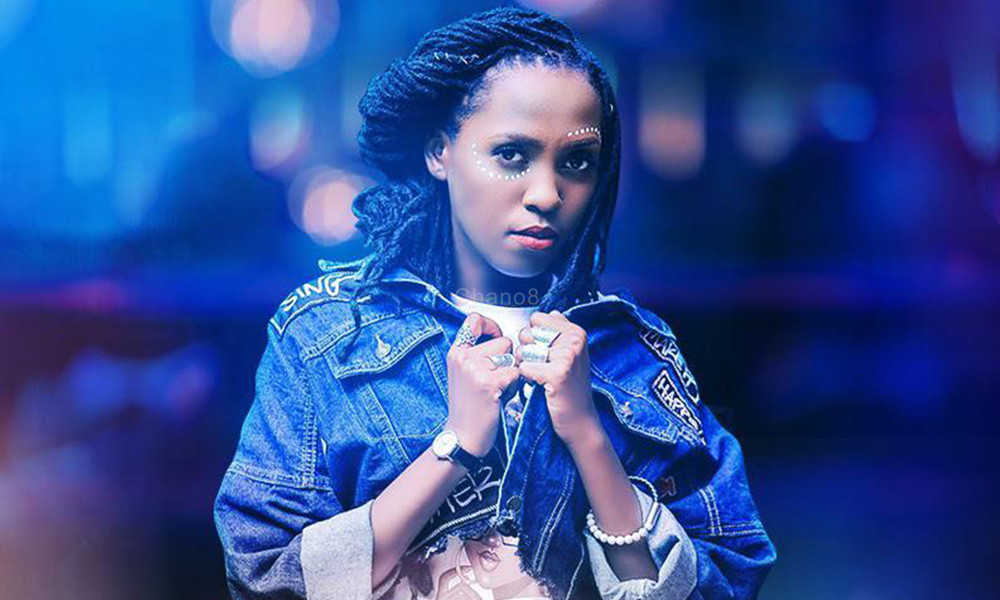 Over 2 months ago, one of the biggest record labels Swangz Avenue announced a new talent they had discovered and signed called Azawi real names Zawedde Priscillah.

After signing an artiste, Swangz always takes 6 months and more to prepare them before releasing their music but Azawi changed all this and recently announced the release of her debut song titled ‘Quinamino’ for 6th January.

The Afro-Zouk tune sang in Luganda and produced by producer Kesseim at Swangz Avenue studio is finally out. It tells a love story of a girl who later falls in love with a boy she first underrates

She introduces the song which starts off with a nice melody, with a sweet voice while asking to be the ‘Quinamino’ to the mystery dude. She then sings the first verse commenting about the dude’s breathtaking love to her, which has moved her heart and scared her a little bit

In the next lines, she confesses how at first she had underrated the guy, thinking that he couldn’t afford her, but after the taste of his love, everything changes. She cuts her ego and willingly accepts he is her right man. At this point, she thinks no one or anything can lead to their breakup as she brags how she chose the lucky number.

Azawie has truly fallen in deep love with this dude and this can be explained in the song’s chorus where she confesses that the man is now the governor of her territory and also sees him as her everything.

In the second verse, Azawi whose voice can easily get stuck on the listener’s mind sings saying that love is at times hard like a mathematics exam which you have to pass by all means, before humbly begging  the boy to love her because she is willing to be his ‘Queen’ and ‘mummy yo’

‘Quinamino’ will not only blow away Afro-Zouk lovers but also other lovers of local love music in general  because of the vibe she gave the song, singing about a real love feeling she has for this man.

Having keenly listened to the song, this isn’t a bad start and you can listen to it below and have your own opinion

Listen to ‘Quinamino’ by Azawi below