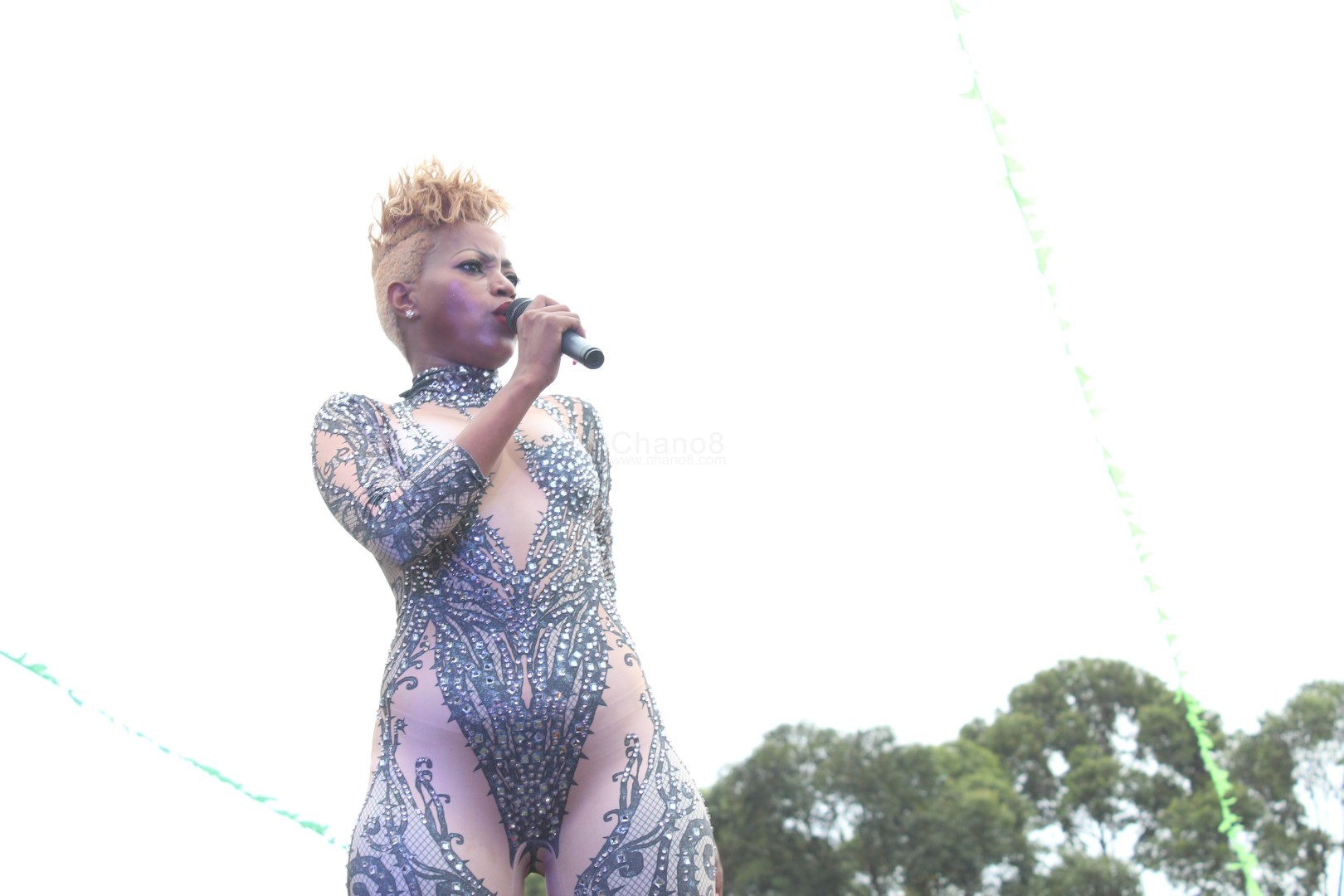 We all know that a few years ago, singers Moze Radio and Weasel had a bad breakup with their then manager Jeff Kiwa. As a matter of fact, it was not just a break up but there were fights between two parties as well us fighting for property and dragging each other to the courts of law.

Before Radio and Weasel fired Jeff as their manger, Jeff had formed his own crew ‘Team No Sleep’ and their relationship with the ‘Bread and Butter’ hit makers has not been a good one until the time of Radio’s untimely death on Thursday the 1st of February at Case Clinic.

Lots of artistes took to social media to pass on their condolence messages and among them was one of Team No Sleep’s biggest artistes Sheebah Karungi who was roasted by Facebook users over her message to Radio.

“GOD Gives…GOD Takes Away…Death Is So Saddening.😔RIP MOZEY RADIO. 🙏My Condolences To You @lilianmbabazi. May God Grant You The Strength To Get Through This Difficult Time” Sheebah’s message to Radio read.

A few minutes after this post went up, some fans posted negative comments alleging that Sheebah was just pretending.

However, apart from the fact the fact Sheebah’s boss Jeff Kiwa had issues with Radio, we don’t think Sheebah had personal differences with Radio therefore her coming out to wish Radio’s soul to rest in perfect peace was inevitable.

Despite the fact that Sheebah did all that, it did not stop some Facebook users to bash her but however much, there were those who were in defense of the ‘Nkwatako’ singer  and here are some of the screen shots 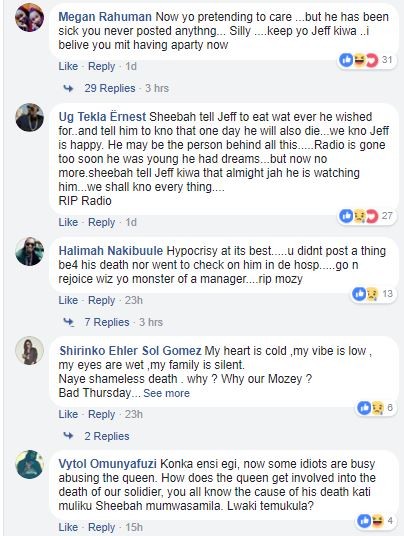 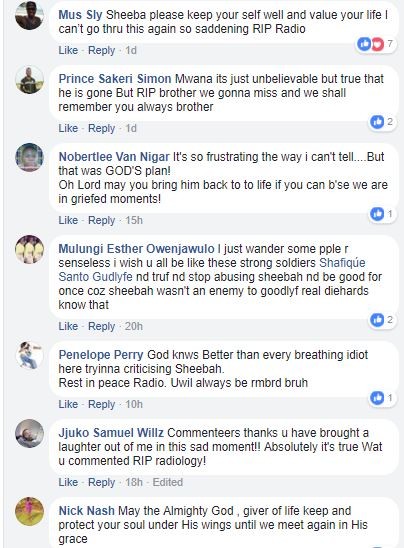 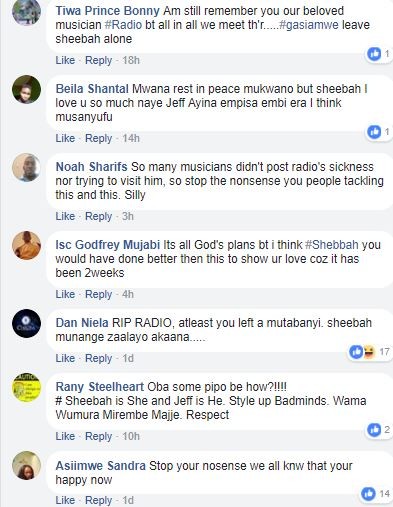 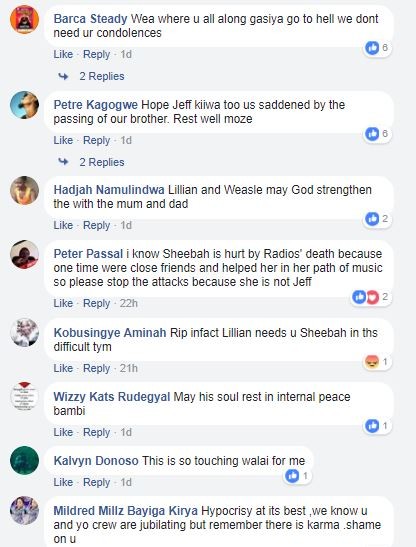 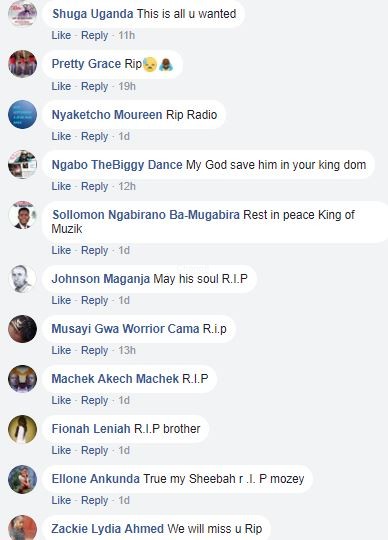 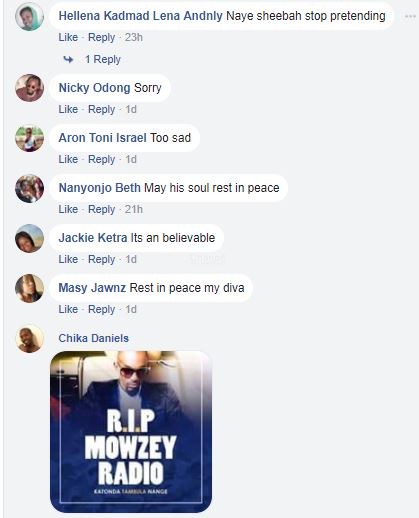