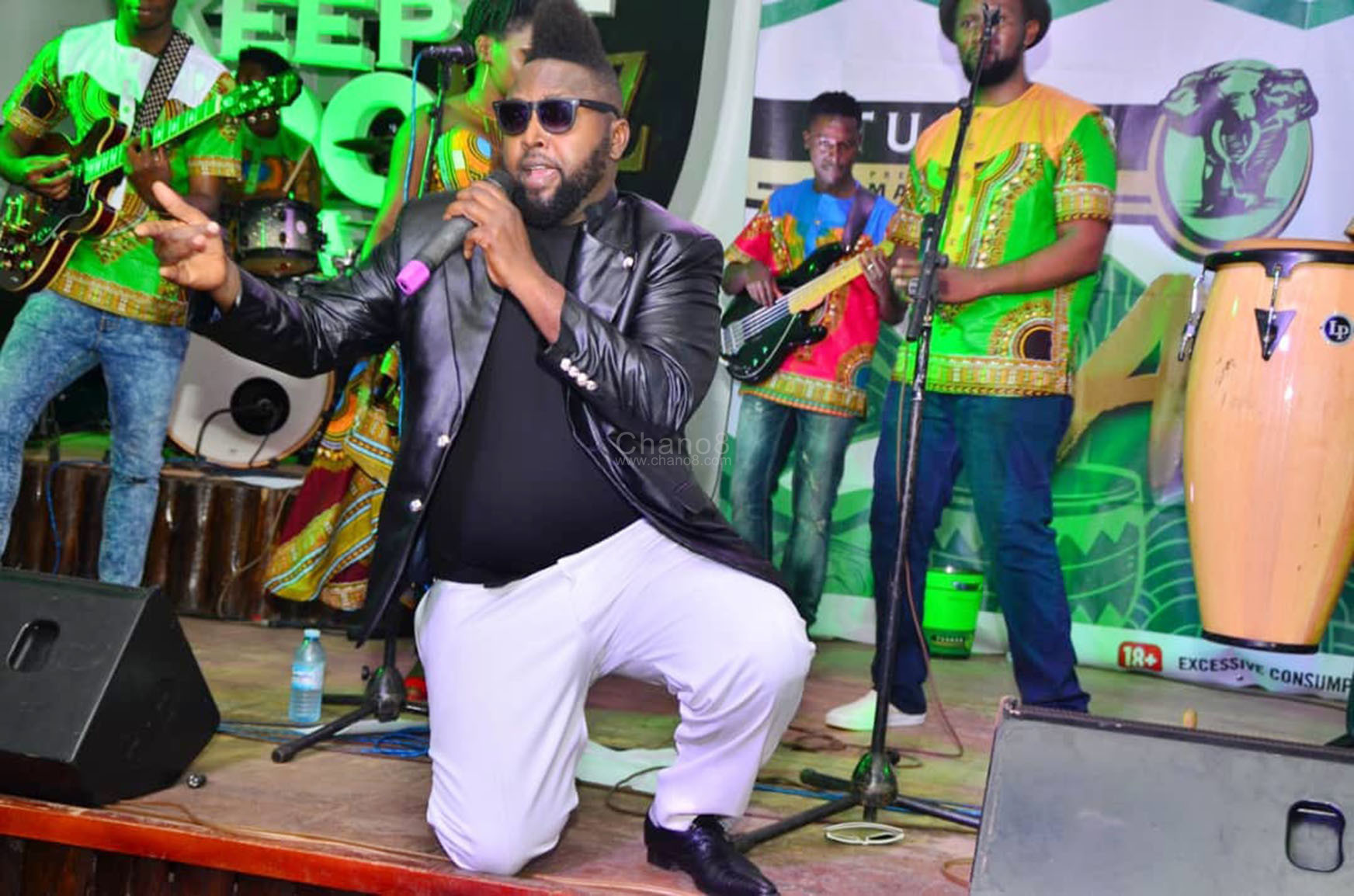 It was a historic moment and one that will probably stick in the memory of many as Tempra Omona and Quela Band partnered for a live show dubbed AfroMix which also happens to be the last one at Jazz Ville as the hangout closes business today.

The bar and restaurant which has served upscale areas of Bugolobi and Kitintale for years under the stewardship of Chris Ireland has been home to Code 9 Band which has performed alongside the proprietor for more than a decade.

Qwela were launching their monthly Afrocentric-themed live band nights in conjunction with the Tusker Malt Music Lounge series which were supposed to be running at Jazzville in Bugolobi every month. 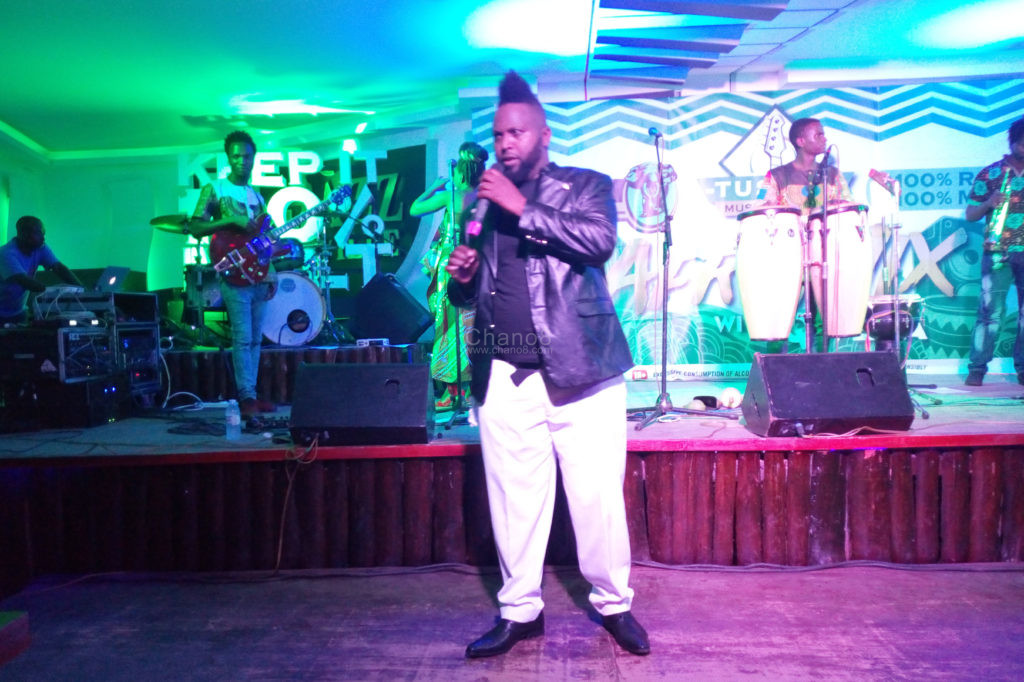 Anyway back to last night’s performance, it was the unique sounds of Afro-soul that echoed through the walls of Jazz with soothing Afrobeats from Qwela Band and guest performer Tempra  Omona that wowed the crowds who cheered them on all night long at the first edition of the Afrocentric  night.

The charismatic and vibrant artist from Northern Uganda, Tempra Omona had many of the revellers up on their feet and singing along excitedly with lots of soul as a couple of fans joined him on stage for an easy fun-dance episode with Qwela taking the lead on the instrumentals.

He spiced up his performances with story-telling especially about the songs and what inspired them. The touching story of ‘Okello’ whose parents abandoned him at a tender age was so touching as the revelers could easily relate. Although Okello turned out to be ‘something big’ when he grew up, he could not help his elderly and ailing grandfather who had painfully raised him. It was from the grandfather’s cries for help to Okello that inspired the song. 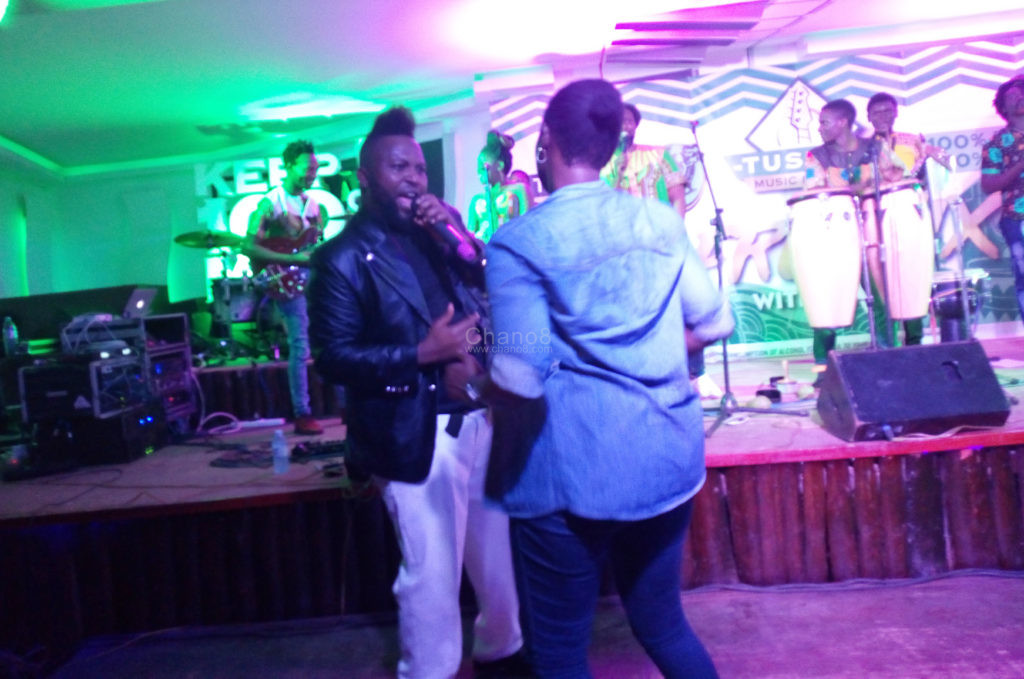 A fan joins him on stage as they dance away.

His other song ‘Gulu’ which received massive support and cheers from the fans was inspired from his life  in the U.S where he was missing his home town after getting home sick on foreign soil.

“I was in my beautiful room in Newyork when I started thing of home and then got emotional. That’s when I wrote this song Guu as a tribute for my home town” Omona explained.

“Qwela” which means ‘pure’ in Rukiga truly lived up to its name as they presented their guests with the best of pure music against a blend of many different cultural backgrounds. The additional bonus was the forever celebrated classics that stole the crowd’s attention as they sang to their hearts content and later washed down it down with the cold Tusker Malt beers being served all night.

“Tusker Malt Lager is at the heart of giving our fans a 100%real and authentic music experience. Tonight’s Afromixshow has been nothing short of amazing and fresh coming from the incredibly talented band who will be sharing more of these musical nights with us,” said Cathy Twesigye, Tusker Malt Lager Brand Manager, UBL. 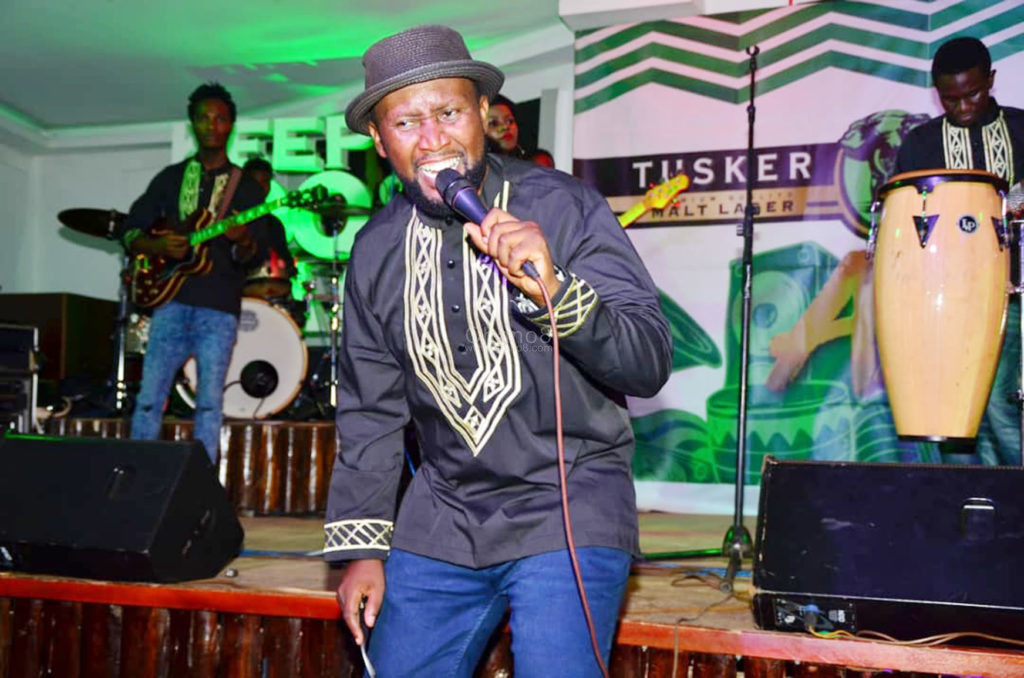 Qwela Bands Joe Kahimbanyi sings out his heart to the revellers.

The Afromix show which also had the night’s performances fused with flavors of jazz, reggae, blues and a dash of rock music, closed the glowing night at the stroke of midnight leaving the revellers wanting more of the fun and exciting music experience.

Although it is not clear when and where the monthly live AfroMix series will be taken places, it was clear the fans loved what they saw and yearned for more. 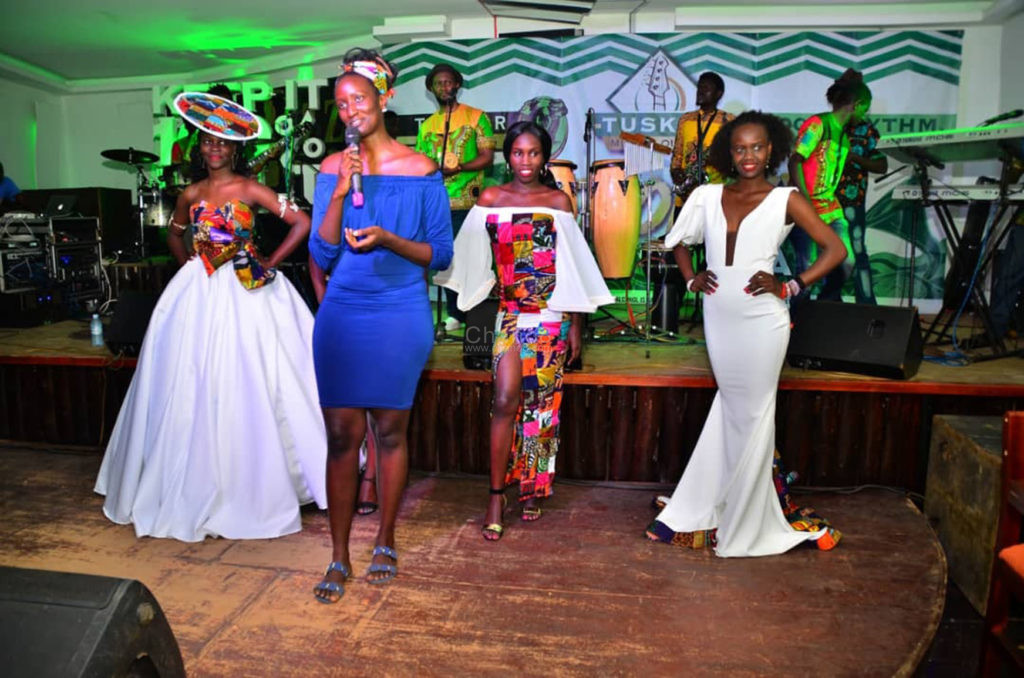 There was also a fashion show by Eloi 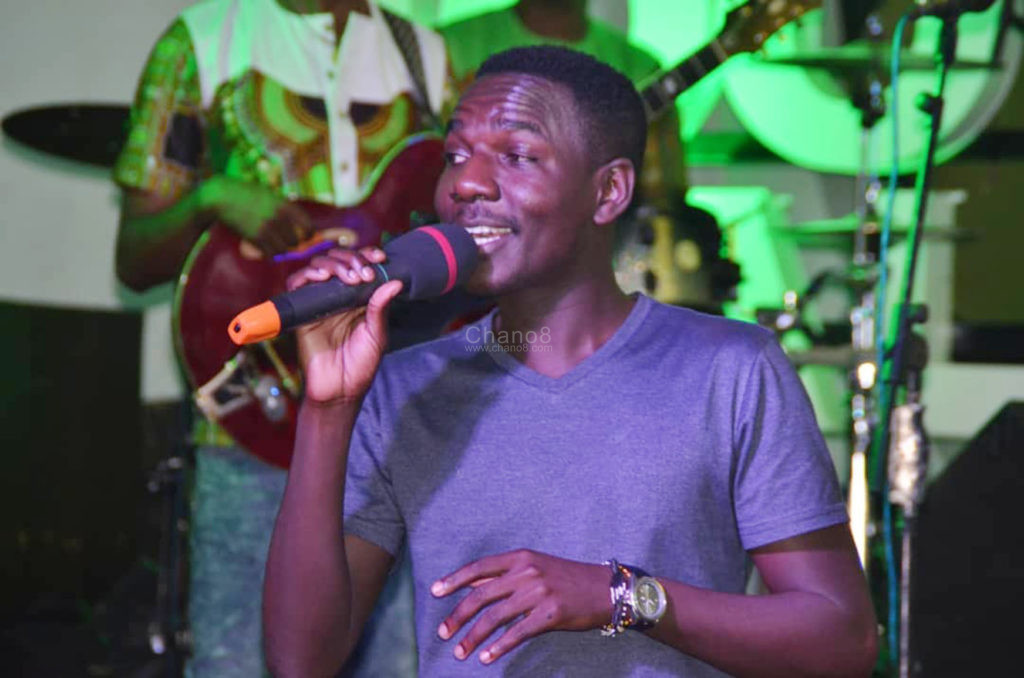 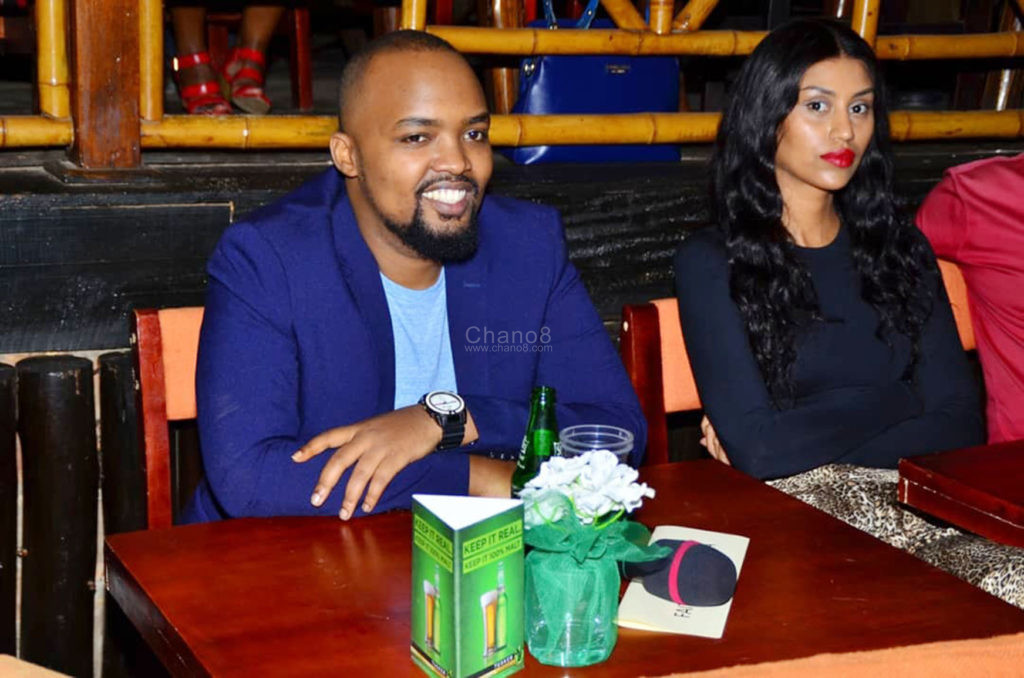 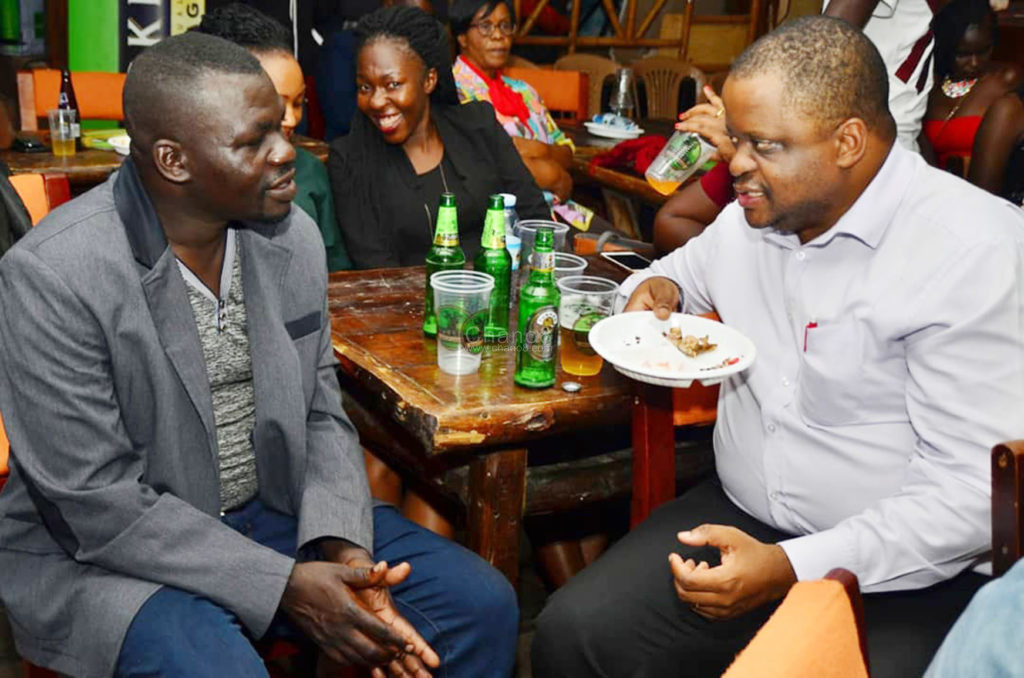 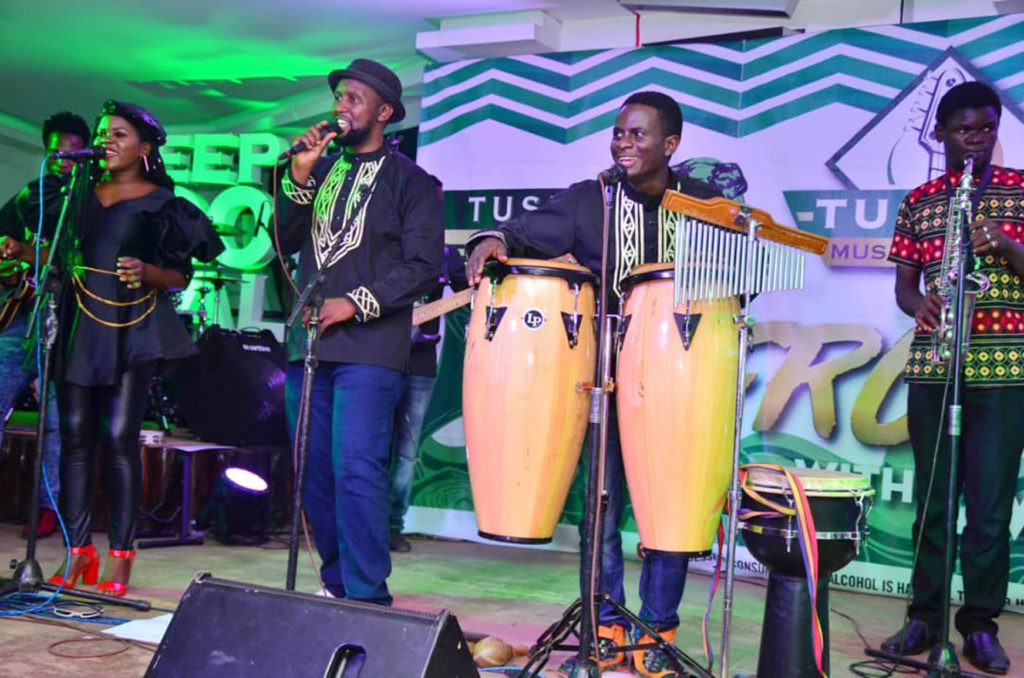 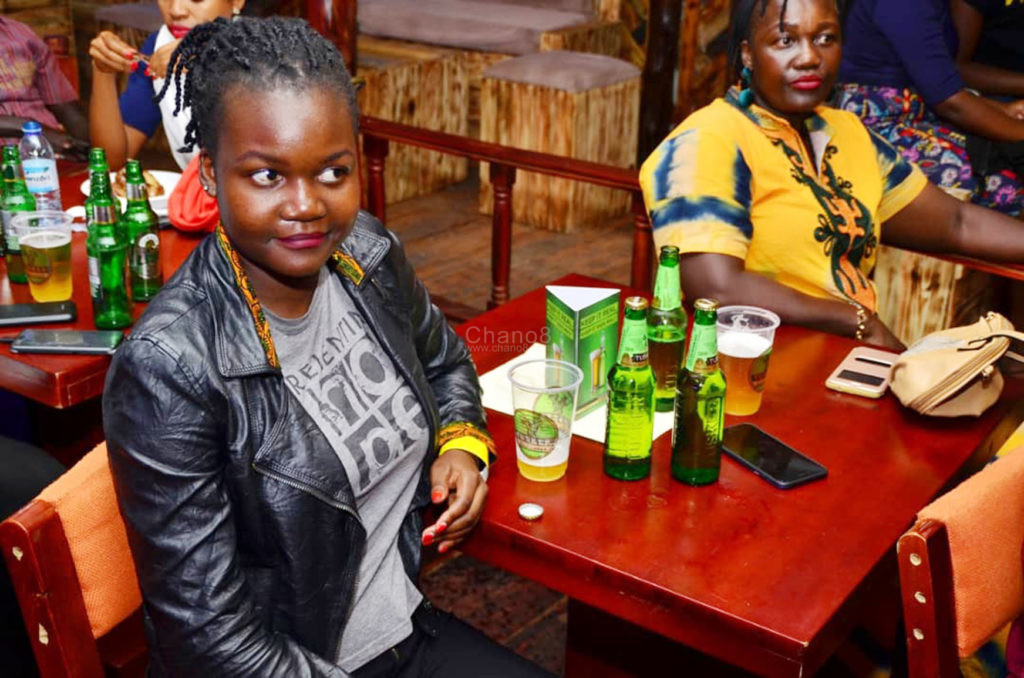 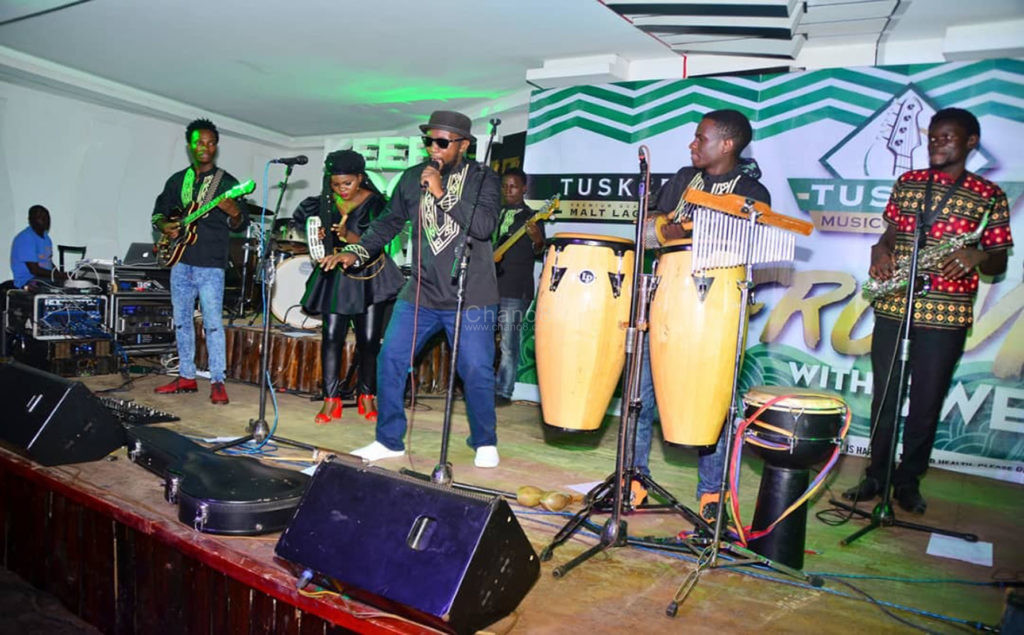 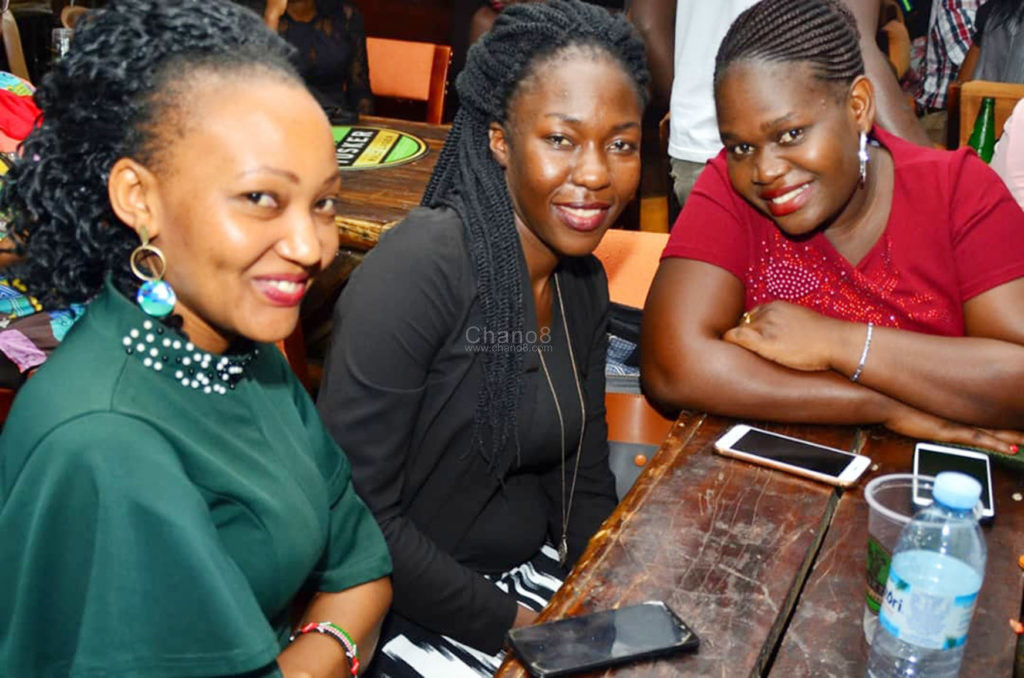