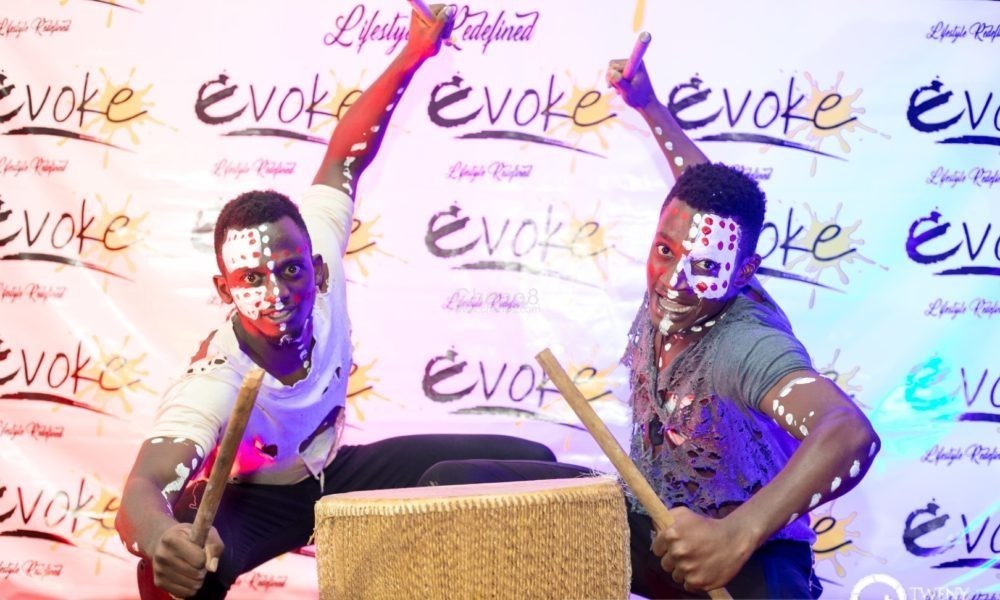 Evoke Night is a monthly  series of events that fuses rap, cappella, beat boxing, live deejaying, spoken word, live band, dance, drama and fashion with an aim of discovering and promoting creative talent from different parts of the country

Season two came to an end on 27th September 2018 at Acchi Restaurant In Bugolobi with electrifying showcases from Lus the poet, Nobel the Beat Boxer, Izaya the composer, Evon, J-Watts the Composer, live DJ mixes and the Evoke dancers who left revelers yearning for more.

Season three of the now Club sponsored event is slated to take place on Friday the 26th April at Lugogo Forest Mall Parking and bigger stage and a whole different set up from the previous seasons was promised.

Dj Ssesse real name Edgar Kebbaa who plays on XFM breakfast alongside Maritza was first discovered on Evoke Night season two. He is good on the wheels of steel and has played at different events like ‘Burna Boy Live In Kampala’, ‘Bhovamania Kla’ featuring South Africa rapper A.K.A, without forgetting his crowd exciting live Dj mixes at Alchemist Ciroc Brunch, Panamera Bar and Sky Lounge. Ssesse is ready to put an amazing showcase so prepare your dancing shoes

Allan and Kats commonly known as The Evoke dancers excite the audience with stunning dance moves on stage. They were brought to the limelight on the Evoke Night stage thus getting the name Evoke Dancers since the inaugural Evoke Night in 2017. The two have performed on big stages such as the mash-up Hip Hop, Zzina Sosh , Bitalo Dance Competitions and the French embassy organized Geopolitics conference at Makerere university

Adore The Vocalist has established himself as one of Kampala’s finest band singers and if you happen to hang around at Olive’s Restaurant on Fridays and Brisk Bar on Thursday then you really must know the talented Adore who entertains the party animals at night.

Adore who has performed before at the Evoke Night has also become a regular at most gigs and bars in town so prepare to be serenaded away with his vocal ability.

The Evoke Band which is full of multi-talented instrumentalists with skills that turn them into the phenomenal group of musicians have also built their fame at the Evoke Night. They recently performed at the Neon At The Bridge party in Jinja and this has aroused a lot of offers from a number of bars and gigs in town. The four grouped band is also the official band at Evoke.

Having showcased at events such as Pearl of Africa Fashion Awards (PAFAs 2018) and Little Miss Universe Uganda 2018, Qris has established himself in Uganda’s fashion industry. He executed his art of fashion very well  at the Evoke Night stage and since then, he has been the official fashion producer at Evoke with his team  Dynasty Hose.

Qris is currently in pre-production of a Bata campaign dubbed, “Revolution Of Style”. We cannot wait to check his collection soon

Apart from these, there will be other performers like Lus the Poet, Laker The Poet, Noble The Beat Boxer among others