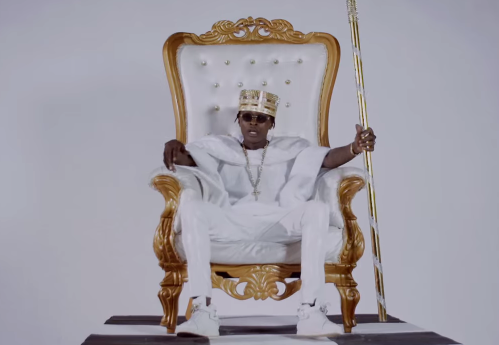 For this week’s playlist, we take a look at some of the Ugandan songs that a slowly gaining pace on the entertainment scene. Have a look at some we have selected below and let us know you think in the comment section.

Having released her video just a few days ago, Juliana’s Kalibatanya video is the talk of town with many fans asking one another ‘Have you seen it yet?’ The video editing was just plain amazing, something that definitely shows the growth of the Ugandan music industry. Have a look at the video below.

Leone Island surprised many people when he released his Bwerere video recently, he said he got his inspiration from the book of Ecclesiastes 1 which reads,
‘1 These are the words of the Philosopher, David’s son, King Solomon, who was King in Jerusalem.
2 It is useless, useless, said the Philosopher. Life is useless, all useless. 3 You spend your life working, laboring, and what do you have to show for it? 4 Generations come and generations go, but the world stays just the same. 5 The sun still rises, and it still goes down, going wearily back to where it must start all over again. 6 The wind blows south, the wind blows north—round and round and back again. 7 Every river flows into the sea, but the sea is not yet full. The water returns to where the rivers began, and starts all over again. 8 Everything leads to weariness—a weariness too great for words. Our eyes can never see enough to be satisfied; our ears can never hear enough. 9 What has happened before will happen again.’

If there is one artist whose persona you would fall in love with as soon as you meet, its Charmant. In his latest Talemwa song, the shows his acoustic capabilities that are simply breathtaking.

Ugandan top gospel singer Exodus of the Igwe fame recently rebranded his style. The fresh look which makes the versatile artiste look younger and fresh, is in line with his new projects like party leo. The Party Leo video which was shot in Nairobi Kenya and directed by Enos Olik, is surely bound to take the airwaves by storm as it has all the attributes of a ‘quality video’ and features that magical Nigerian shoki dance and a unique color blend.

Rema showcases her amazing vocal capabilities in Lean on me, something that left several people excited and also helped her win more fans. It’s only just a matter time before Rema’s career sky rockets. Watch this space.