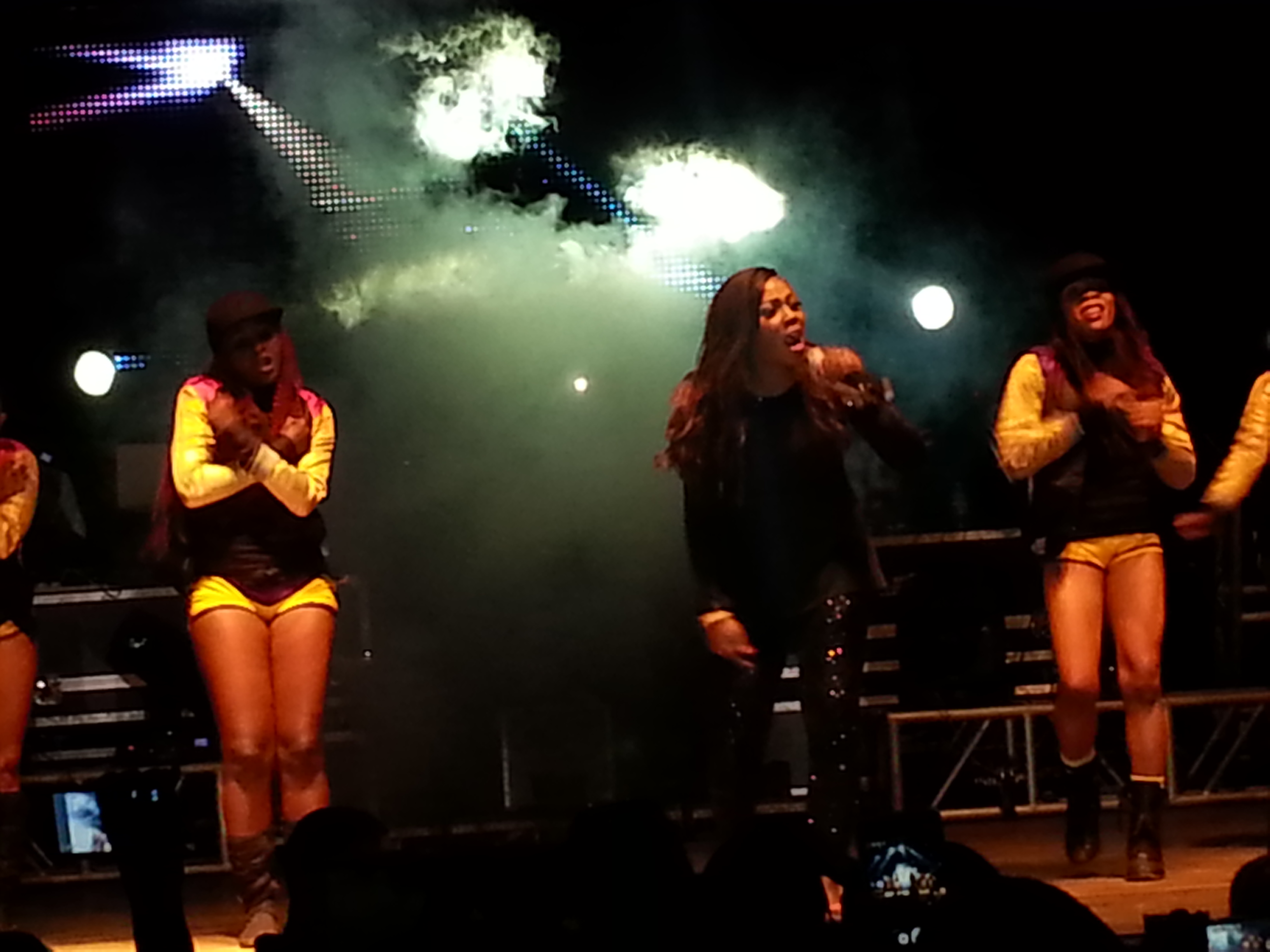 Many people doubted the reports that Tiwa Savage will be performing because of the condition she’s in. At 6 months pregnant this Nigerian star turned up and shut down Lugogo with her palpable performance.

She didn’t cook with electricity, it was gas throw out as she showed off impressive dance moves. Performing most of hit songs like Kele Kele, Dorobucci, Girlie O and wanted among others, the crowd couldn’t help but dance and sing along.

One of the highlights was when she walked off stage to get a closer interaction with the fans/crowd. My goodness, I don’t know if that was such a good idea, but the wave of madness that followed was truly undeniable. Camera men stalked her while some fans with selfie sticks tried to get a closer look amidst all the competition of rising phones. 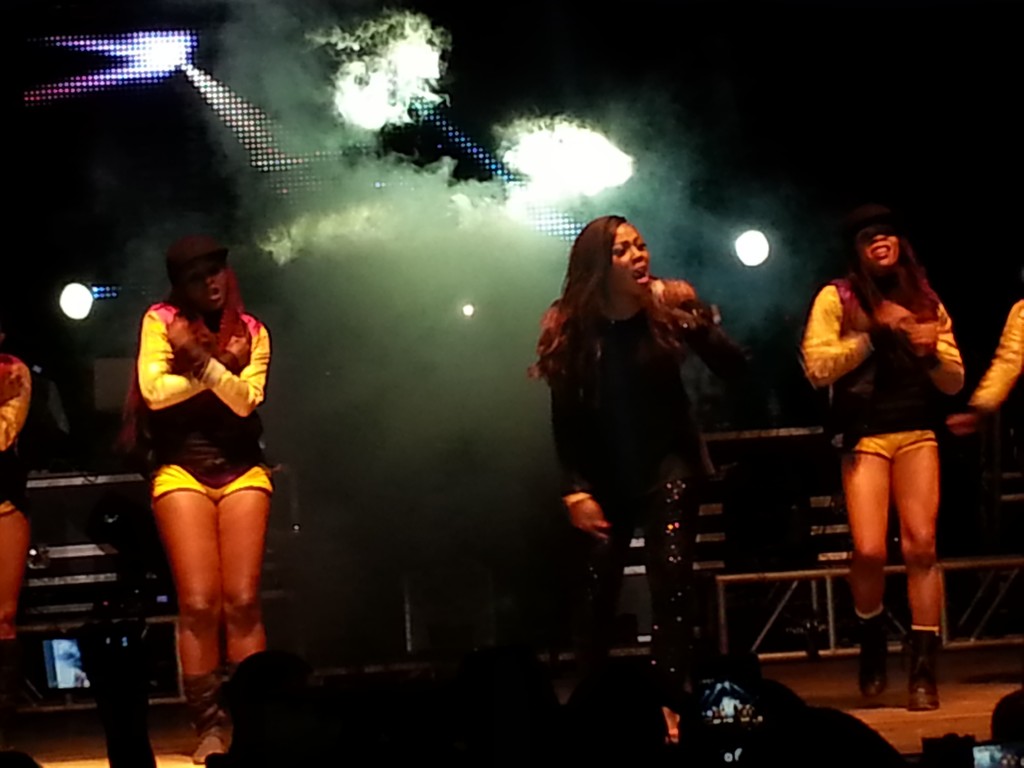 Showing her love to the Ugandan fans, Tiwa Savage said that she was supposed to perform a few songs because of the condition she’s in but just because of the love she has for Uganda she will perform a few more songs. So I wasn’t surprised, when she performed for about 40 minutes, every moment was really worth it.

There were also other performances from Uganda’s top divas like Irene Ntale, Sheebah, Cindy, Lillian Mbabazi, Helen Lukoma and from rising stars like Carol and Ivory Namara. To further celebrate Women’s day, Jose Chameleone was the surprise of the night who performed his hit song Wale Wale among others. 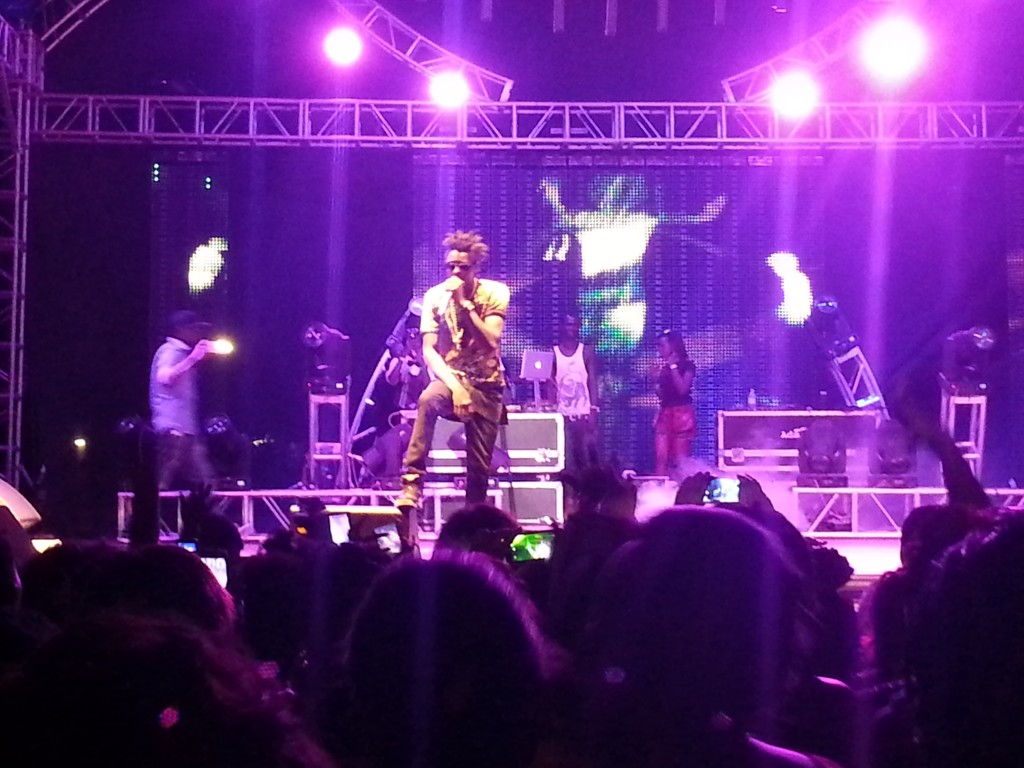