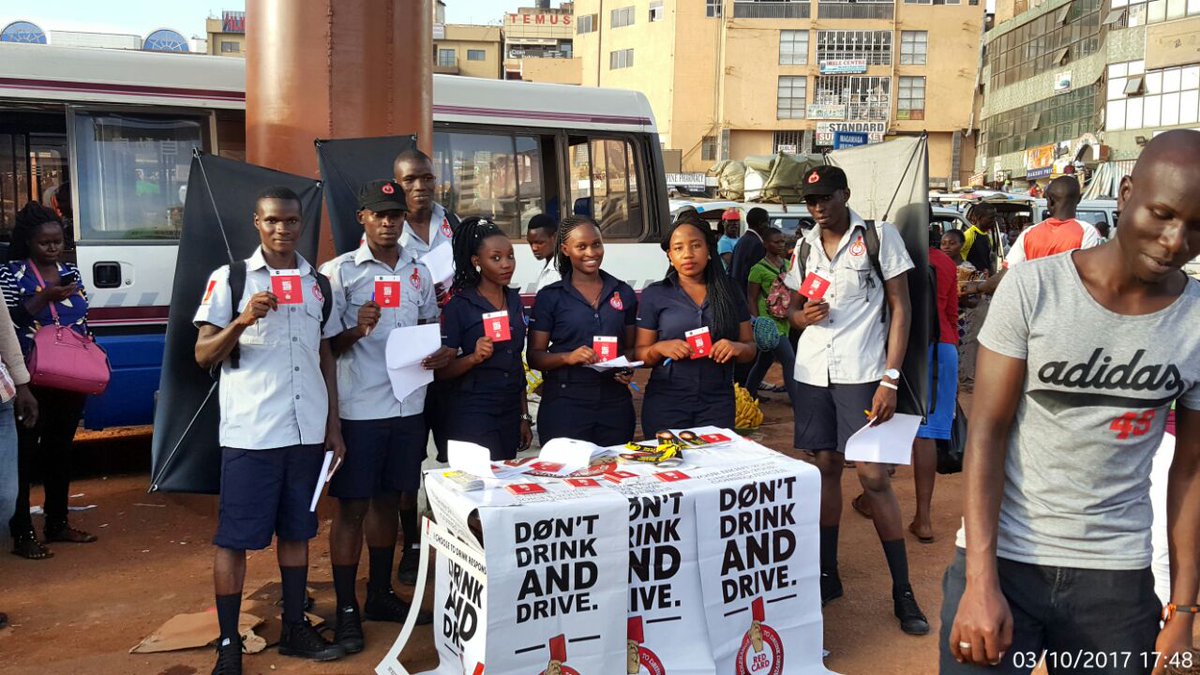 Business in the taxi park was brought to a standstill over the weekend after the UBL Red Card ambassadors stormed the grounds to preach responsible drinking. Clad in navy blue shorts, the Red Card ambassadors went to the new, old and Namirembe taxi parks engaging with the players in the public transport sector.

In a bid to discourage drink driving and reduce drunk driving incidences, Uganda Breweries Limited has for the past years run campaigns against drunk driving. They have engaged with people in bars at points of consumption and also had trainings on responsible drinking. 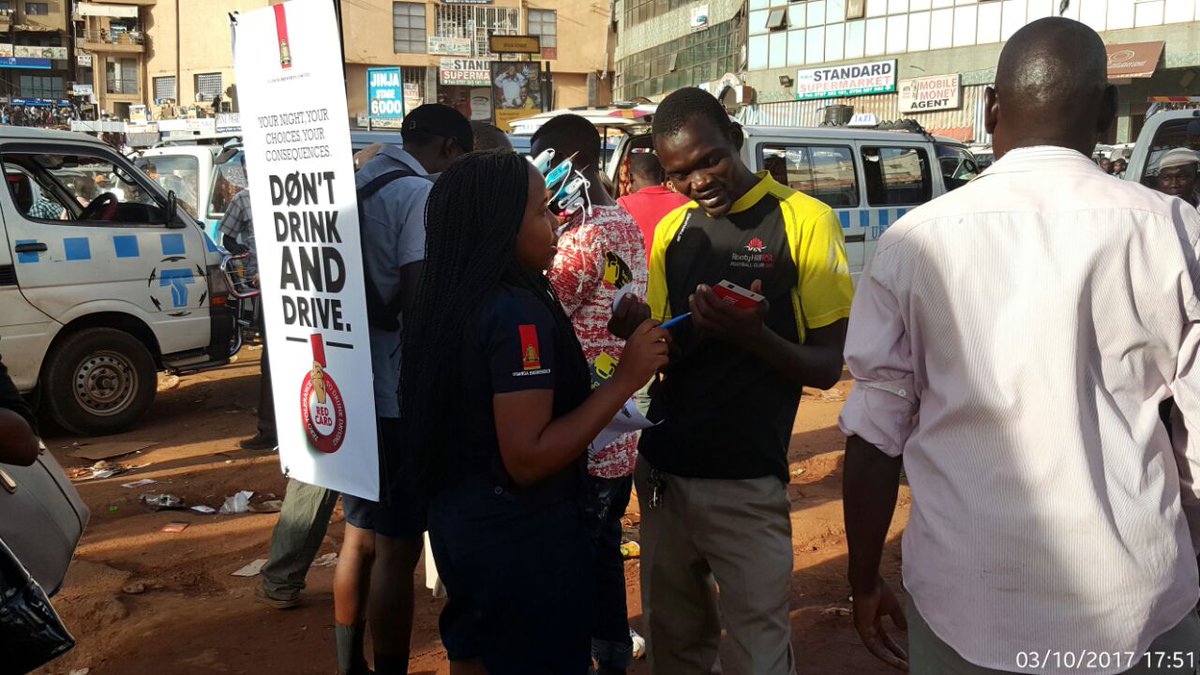 The Red Card campaign is now in Taxi parks 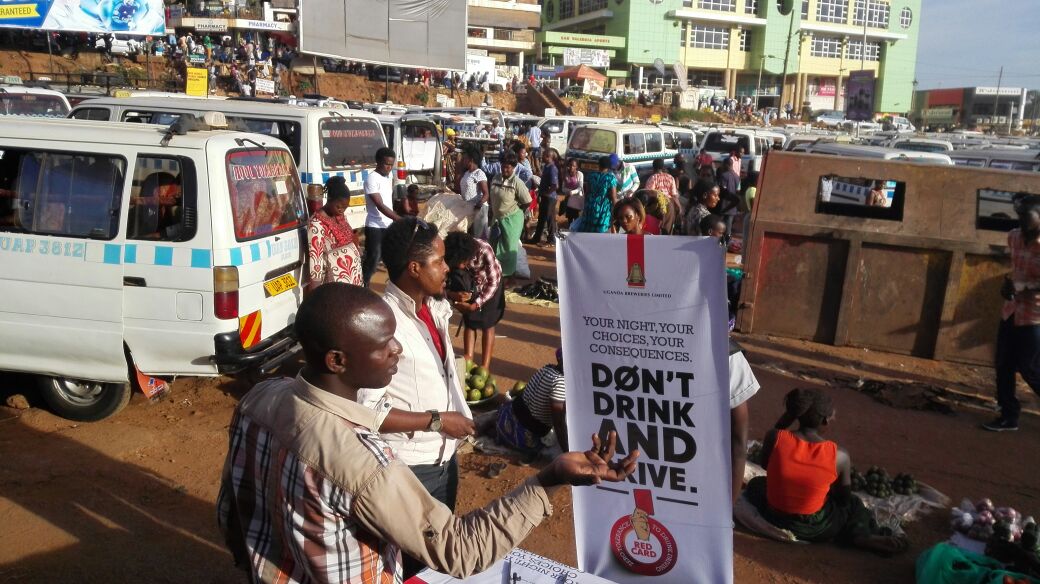 While at the park, the ambassadors gave tips on responsible alcohol consumption and urged the drivers not to get behind the while under the influence of alcohol.

Commenting on why they took the training to the public transport sector, Rhona Arinaitwe, UBL Communications Manager said, taxi drivers are sometimes involved in drunken driving incidences and cannot be left out; especially as public transport is a form of designated driving.