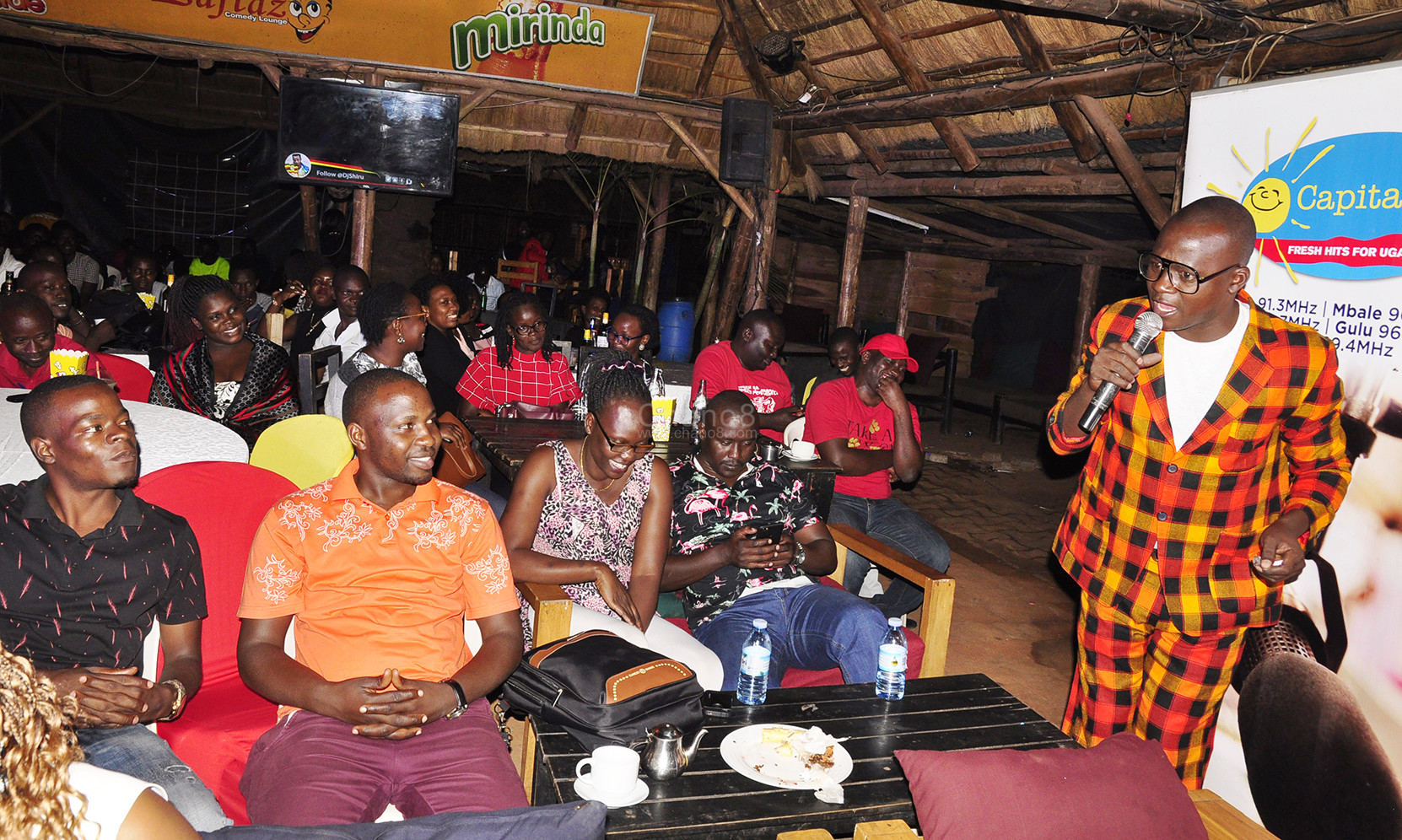 After a long break, comedy finally returned at one of its homes the – Laftaz Lounge in Centenary Park on Jinja road, courtesy of the Uganda Waragi Pineapple Comedy Tour.

Comedy nights under the leadership of Napoleoene Emma, that happened every Wednesday were stopped last year after reported disagreements with the proprietors of the place of money-related issues.

However, last Friday, laughter returned at the place once dubbed as the ‘home of comedy’ when Uganda Waragi Pineapple ended its comedy tour of the country with a show-stopping comedy show on Friday.

Life returned at the once popular Laftaz Lounge known for assembling the best talent in the country as it regained back its lost glory with the entry of UG Pineapple Comedy onto its night line-up.

The line-up for the evening which included the likes of Teacher Mpamire, Dolibondo, Optional Allan, Madrat and Chico and Amooti Omubalanguzi, was enticing which explains why the place was already full to capacity by 8pm with revellers settling down in anticipation for a rib-cracking action packed night. 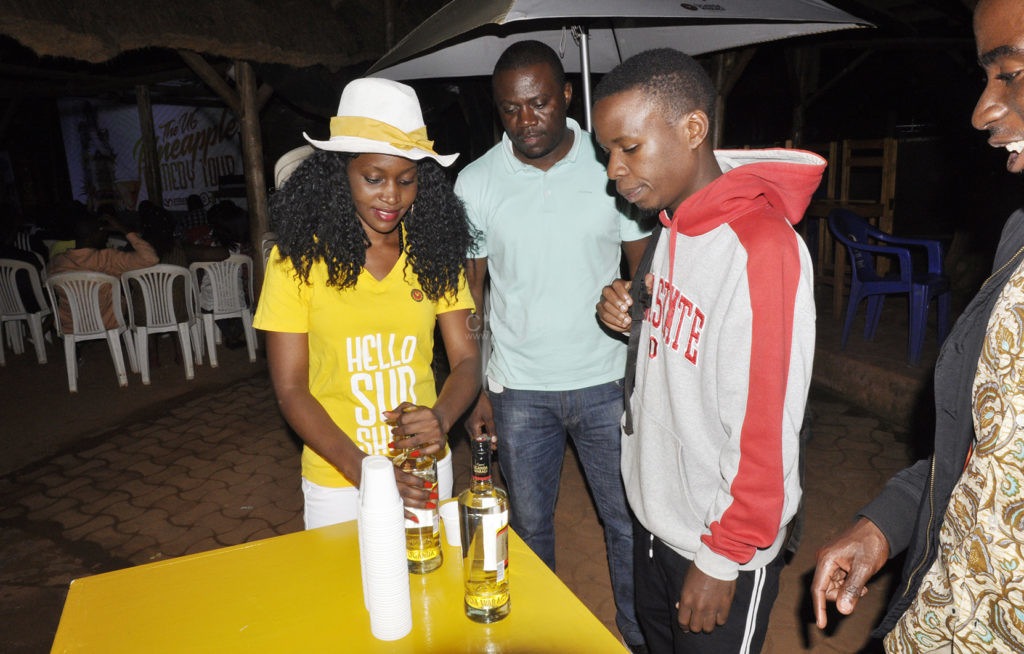 To keep the spirit even more alive, there were free cocktails and shots of the Pineapple flavour being served to the enthusiastic revellers who patiently waited for Uganda’s biggest comedians. The UG Pineapple lounge was a good place to stop and have a sunshine pineapple experience with the new UG flavour.

With talent bustling all over the place, it was the young Allan the Optional who kick-started proceedings at 9.30pm after event MC Arthur the Vaccine had warmed up the stage. His jokes mainly about Bobi Wine who has since changed after becoming Member of Parliament for Kydondo were on point considering Bobi is now arguably the most talked about person in the country.

Agnes Akite also proved yet again why she is becoming a force to reckon with in the industry when she cracked the crowd on slay queens and their queer manners before experienced comedians  like Dolibondo and Napoleone Emma took it to the next level. 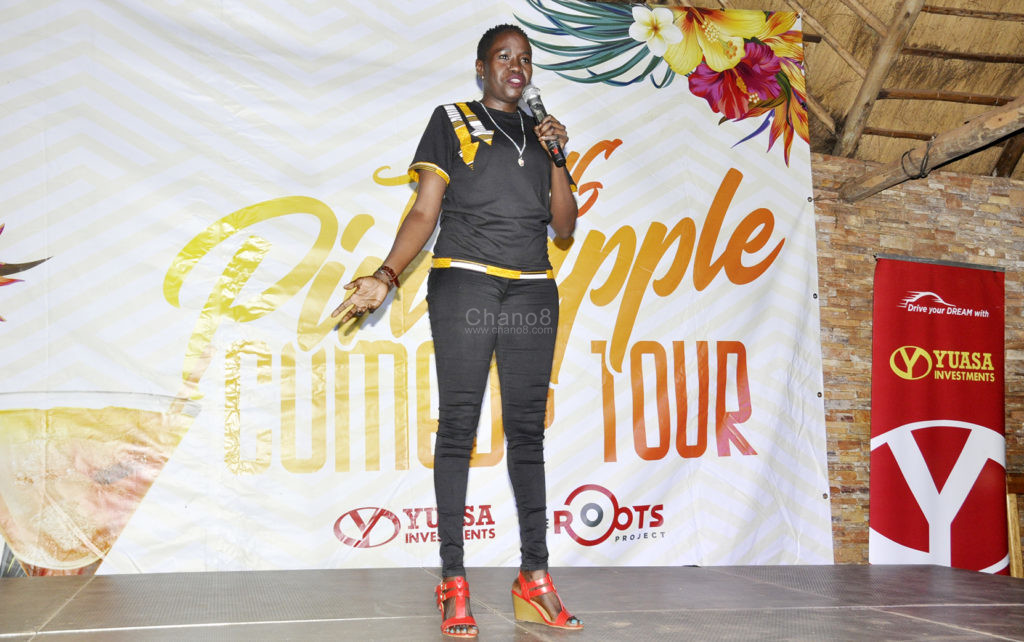 Agnes Akite once again proved that she is a talent to watch out for in the comedy industry.

It was however Teacher Mpamiire, in his trademark classroom setup, who changed the game as he introduced drama and spiced it with raw acting on stage.

Man of the moment King Saha provided the interlude as he unleashed his latest hits like ‘Very Wello’, ’Mpa Love’ and ‘BiriBiri’ although sound glitches kept interrupting him here and there. 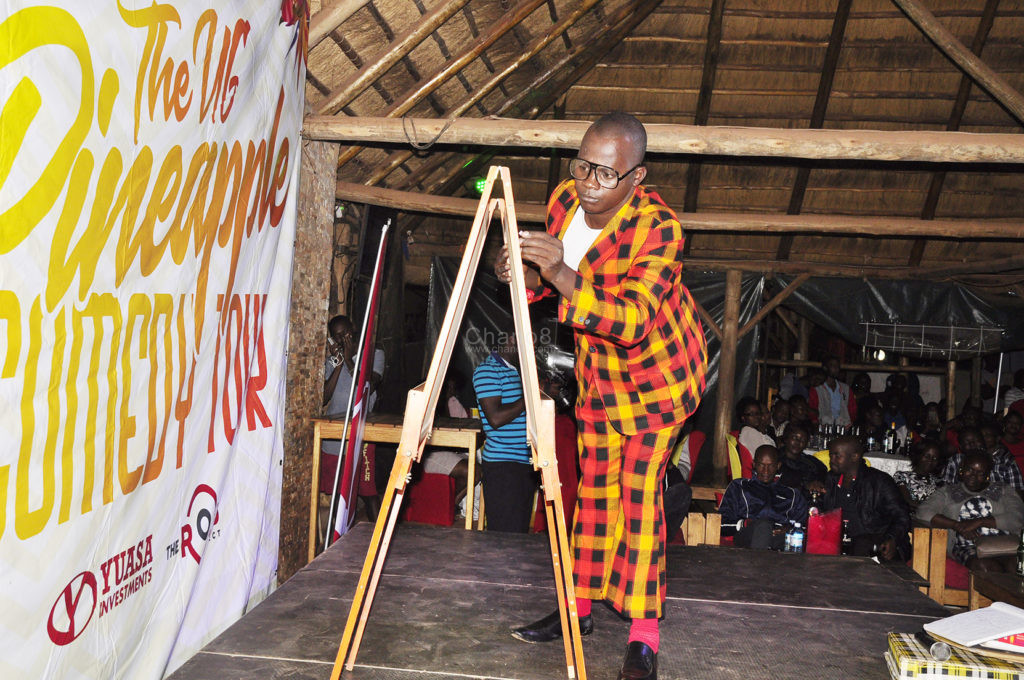 In class: Teacher Mpamiire takes his students through History lessons. 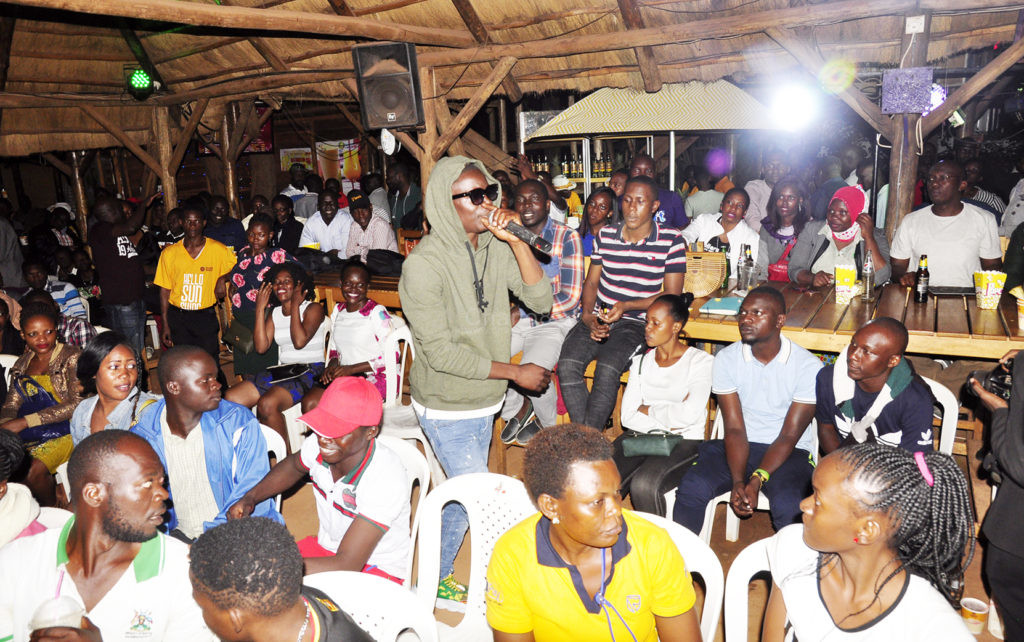 King Saha engaged the crowd during the comedy tour at Laftaz last Friday.

Mat Rat and Chicko then concluded it all with their usual cheeky but electric jokes and ‘down town’ jokes before show ended at midnight. 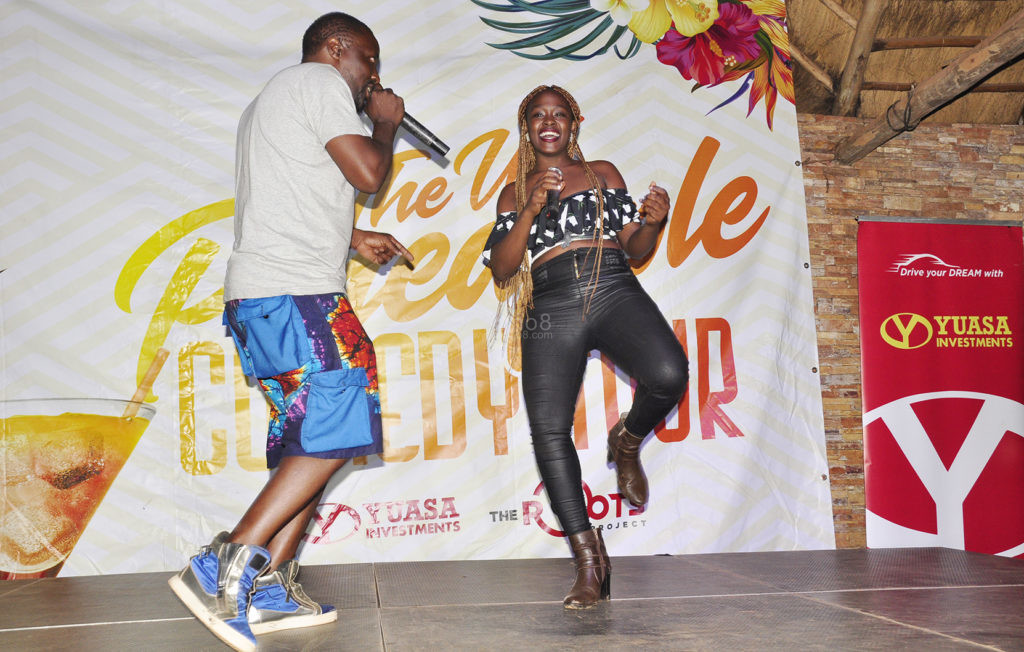 Amooti is back with a bang with his comedy and music combination. 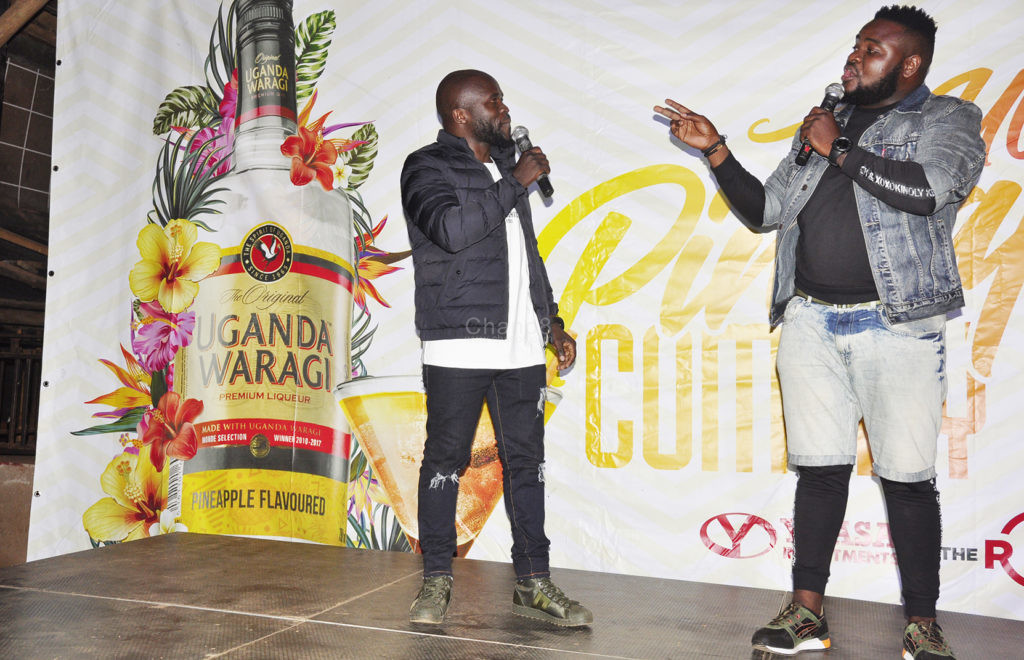