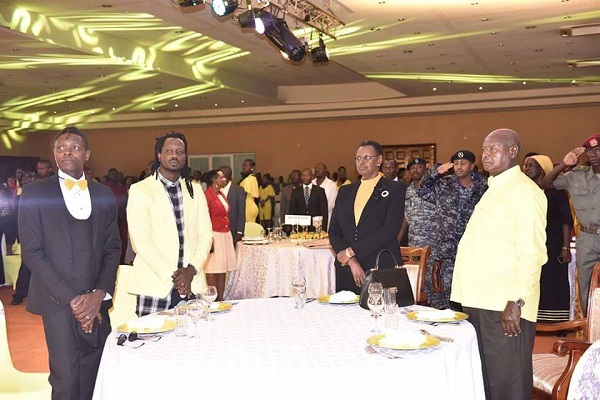 For the first time ever, the entire entertainment industry converged at Speke resort Munyonyo for the ‘Tubonge nawe’ campaign.

Apart from just a few artistes, most entertainers pledged their support to president Museveni in an event that kickstarted at 4pm. 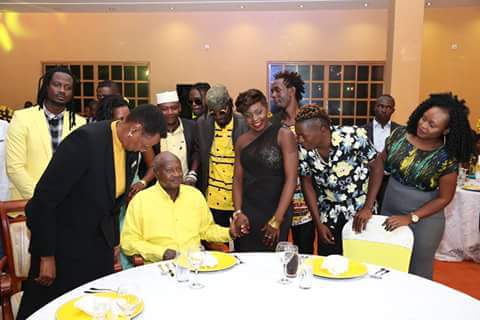 All clad in yellow outfits which is the official color for National Resistance Movement political party, artistes started entering the venue before the president who was also the chief guest. He came with the first lady and minister Karamoja Janet Museveni a few minutes past 9pm and they sat next to Bebe Cool, Jose Chameleone and Juliana. 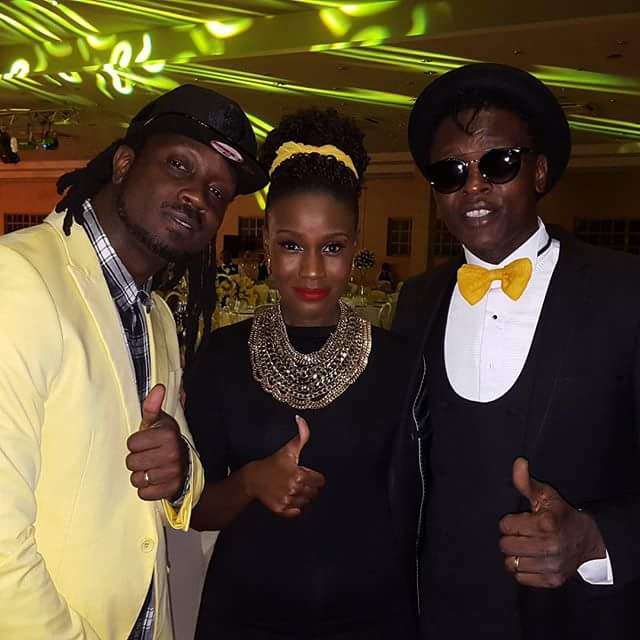 Bebe Cool, Juliana and Jose Chameleone at the event

He also pledged 400million shillings to help out in the entertainment industry as SACCO( Savings And Credit Coperatives).

Chameleon promised to rally all artistes support Museveni in his presidential bid while Bebe Cool said he will crush anyone who stands in the president’s way.

However, former Amarula comedian Messe and arts leader Aloysious Matovu Joy were disappointed with the artistes.

“All the musicians who went on the podium to speak will die very poor people. Instead of asking the president to enforce the copyright law, they are busy celebrating 400million shillings which will not help them in anyway,“ Messe said.

Juliana showed why she’s one of the best vocally talented artistes in Uganda when she perfectly sang both the East African and Ugandan anthems. 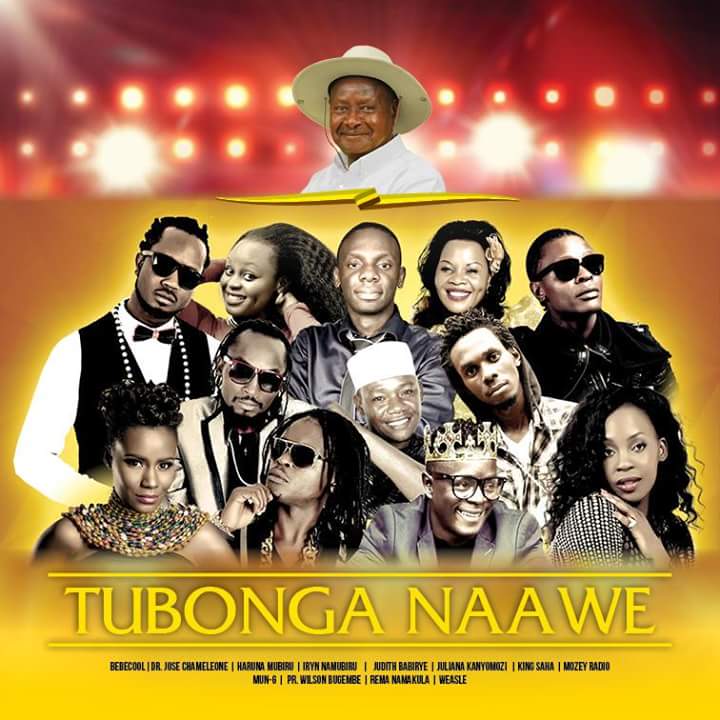