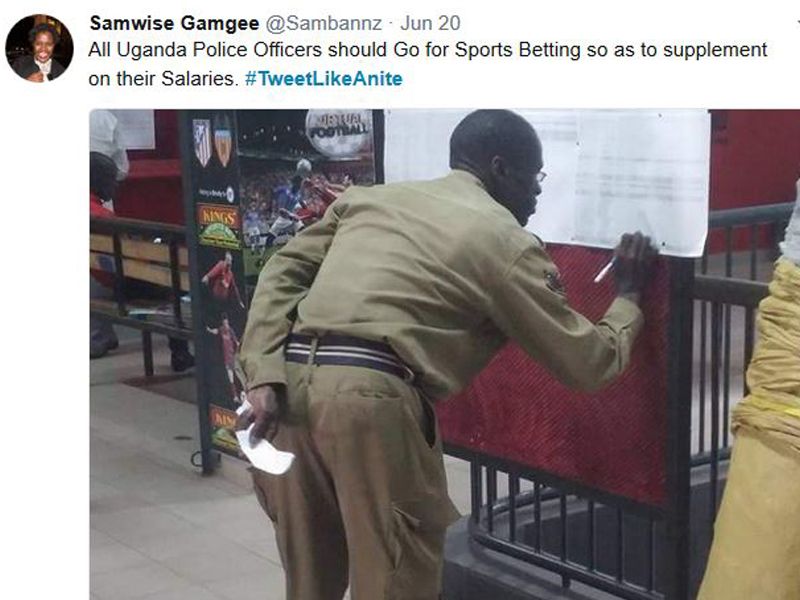 Just after Ugandans got over the sim card registration fever, yesterday something new came up and that alongside national IDs, Ugandans will be required to have a Uganda Telecom (UTL) line. This all came through after Mrs Evelyn Anite, the State Minister of Finance for Investment and Privatisation passed on this information while speaking at the Uganda Telecom annual blood donation drive.

“On top of every Ugandan owning a national ID, every Ugandan should own a Uganda Telecom sim card as a mandate in order to help (revive) the sinking Telecom as a sign of patriotism” minister Anite reportedly said.

Since then, some Ugandans have taken to social media to react to the minister’s message and to come up with their own version of ‘patriotism’ with some taking to twitter where they expressed their dissatisfaction over this, which allegedly is mandatory with no deadlines set so far.

Twitter users have since yesterday been responding to Mrs Anita posting satirical messages in a hash tag called #TweetLikeAnite which is now one of the trending hash tags on Twitter. However, on a bid to keep you informed on any trending thing, we were following the tweets as they flew in and below are some of them.

#tweetlikeAnite Ugandans need to step up their patriotism and have potraits of President Museveni in their homes.

Love your leaders. Its going to be mandatory for every Ugandan to stop and wave at the President as he drives by. #TweetLikeAnite

All Uganda Police Officers will have to start Using Condoms to reduce on the number of Children they have. #TweetLikeAnite pic.twitter.com/eNAjSSGPwR

All Uganda Police Officers should Go for Sports Betting so as to supplement on their Salaries. #TweetLikeAnite pic.twitter.com/lBr7fuD7rB

#TweetLikeAnite
I think UTL collapsed because it was colour blue.

Every Graduate shall be subjected to an employment fitness test of running across Kampala floods #TweetLikeAnite pic.twitter.com/ptMnDDEisn

All Ugandans must Own a Yellow Shirt/top in order to Promote NRM Party. #TweetLikeAnite pic.twitter.com/nc42oYZyOY

All Ugandans should Buy coats that are Made in Uganda to Promote BUBU . #TweetLikeAnite pic.twitter.com/Nzl0oOV4gK

Minister Anite : Every Ugandan must own a UTL Line.
Ugandans: pic.twitter.com/ixcuwXKJli