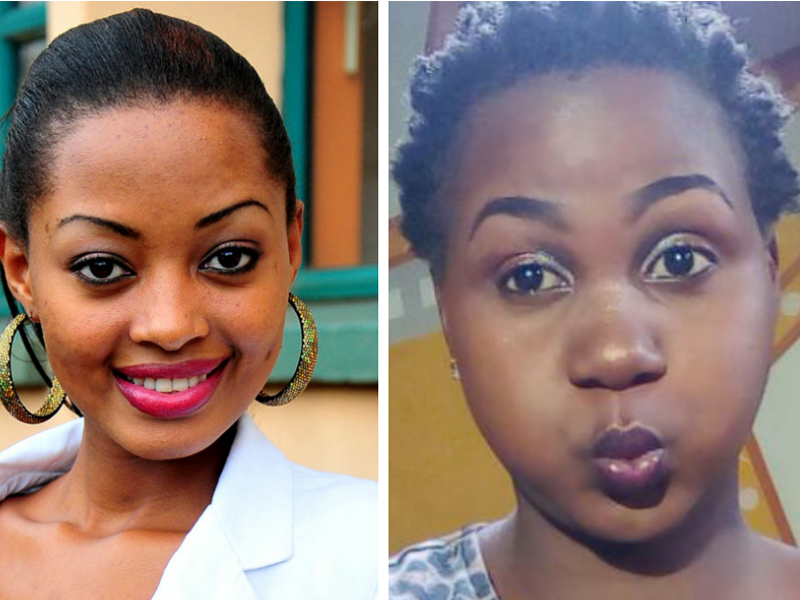 Anita Fabiola could be arguably one of the sexiest socialites and fashionistas in the country. Yesterday the 7th of June was her 23rd birthday and it almost turned out into a nightmare when Urban TV’s motor-mouthed Sqoop On Sqoop show host Tina also known as ‘Tina Fierce’ on social media, negatively replied a Tweet from one of Fabiola’s friends wishing her a happy birthday in what later turned into a fierce cyber battle.

Tina replied to a tweet from Fabiola’s friend identified as Tracy Gwambe that read; “She’s Beautiful with huge brains, intelligent, a sweet soul and hardworking at that. Happy birthday darling @Aniefabie.” And shortly after the verbal war commenced. 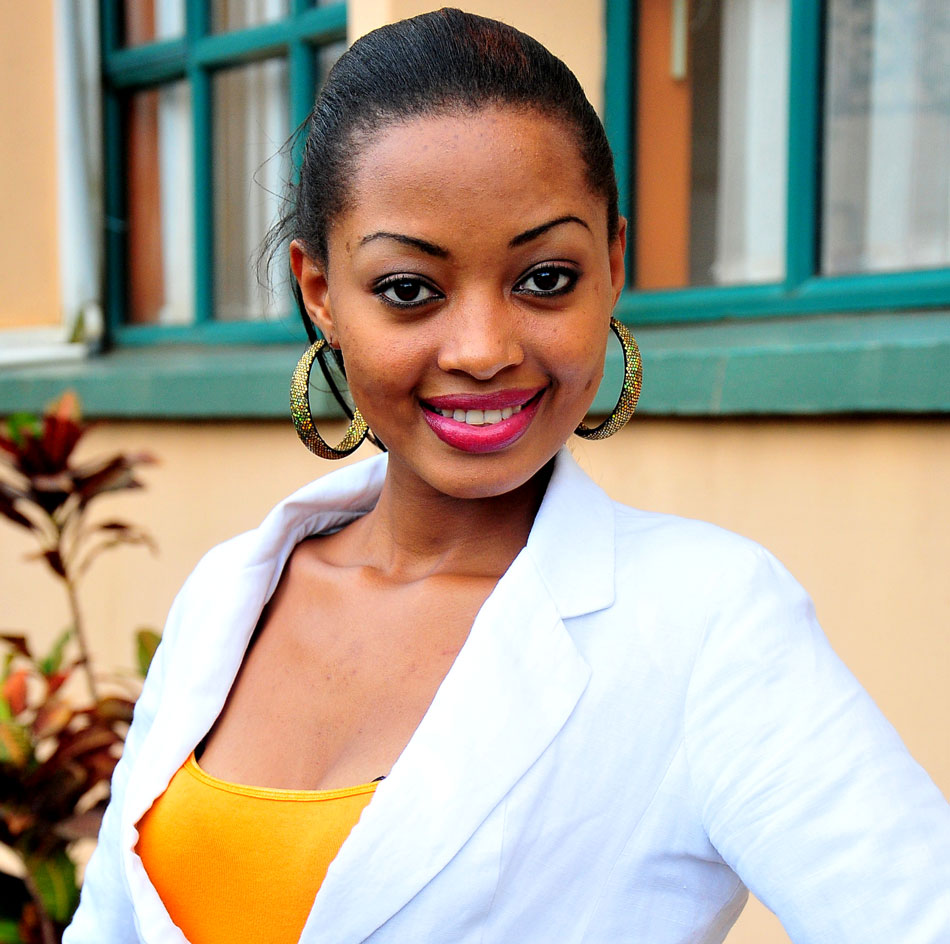 Tina who according to Fabiola has all along been looking for a chance to be famous using her ( Fabiola’s) name criticised Tracy Gwambe’s tweet saying that she (Tracy) is Fabiola’s groupie and that Fabiola does not have huge brains but only uses her ‘genitals to survive’.

“Sounds colonial; why you pulling her legs talking bout big brains& all? I hate to crap on your parade but that’s not her forte” Tina said

“U wanted my attention now you got it boo. I’ll let you get famous for a few minutes before you go back to being a fat and ugly angry fool.” Fabiola replied. 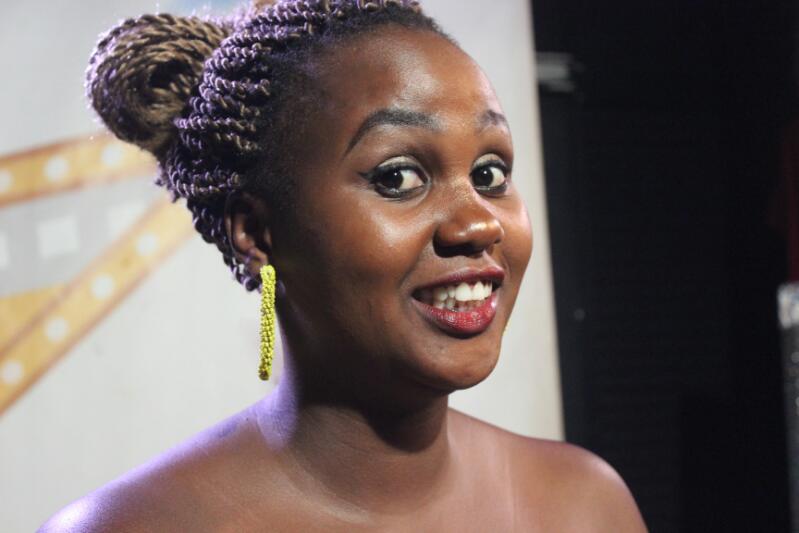 However, the Tweets kept flying in although both of them later broke the Twitter feud rules by blocking each other and deleting some of the tweets off their feeds but Chano8 managed to get some of the screen shots as the battle was ongoing. 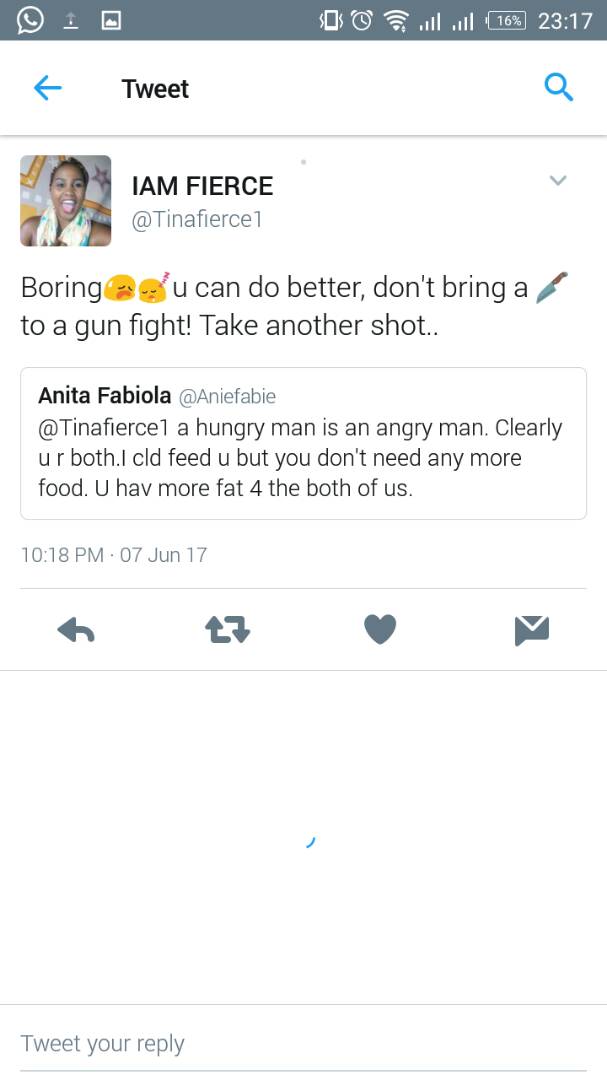 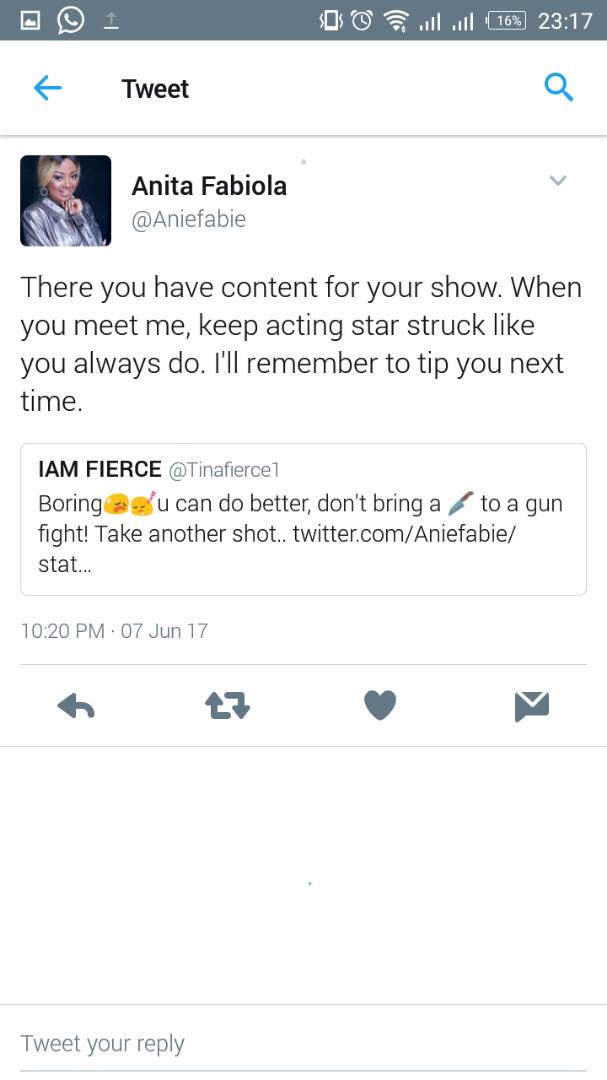 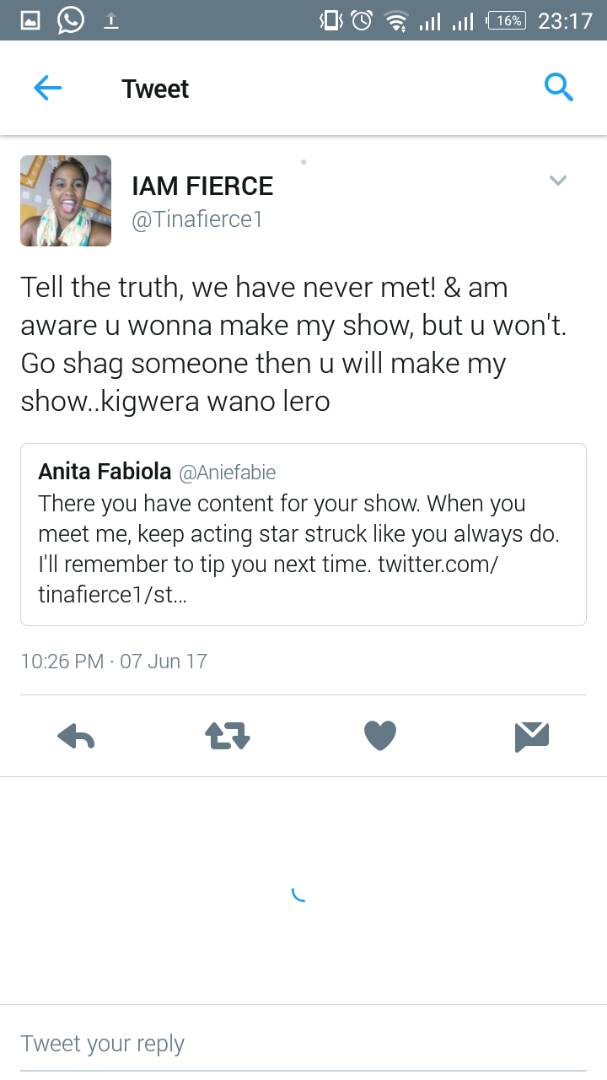 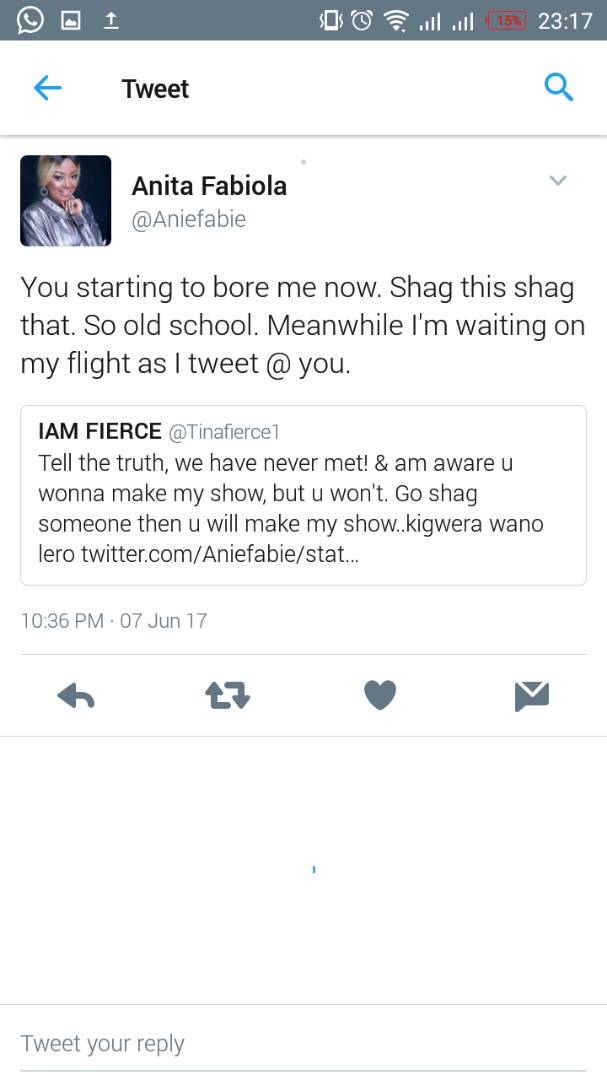 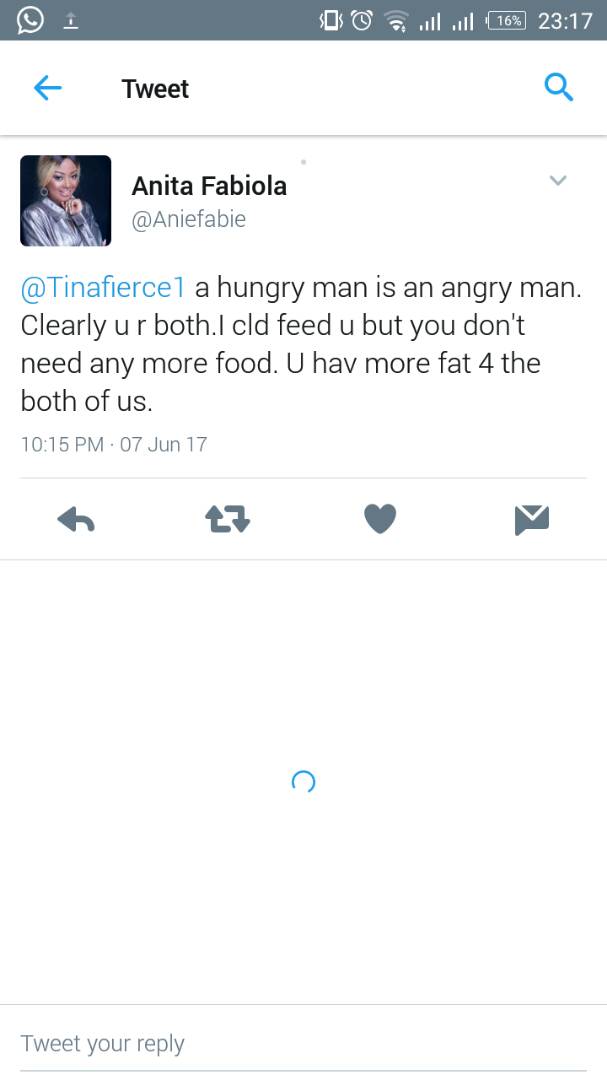 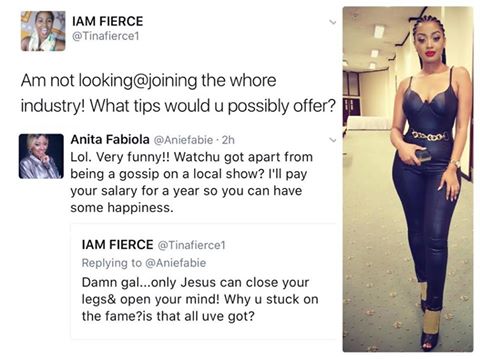