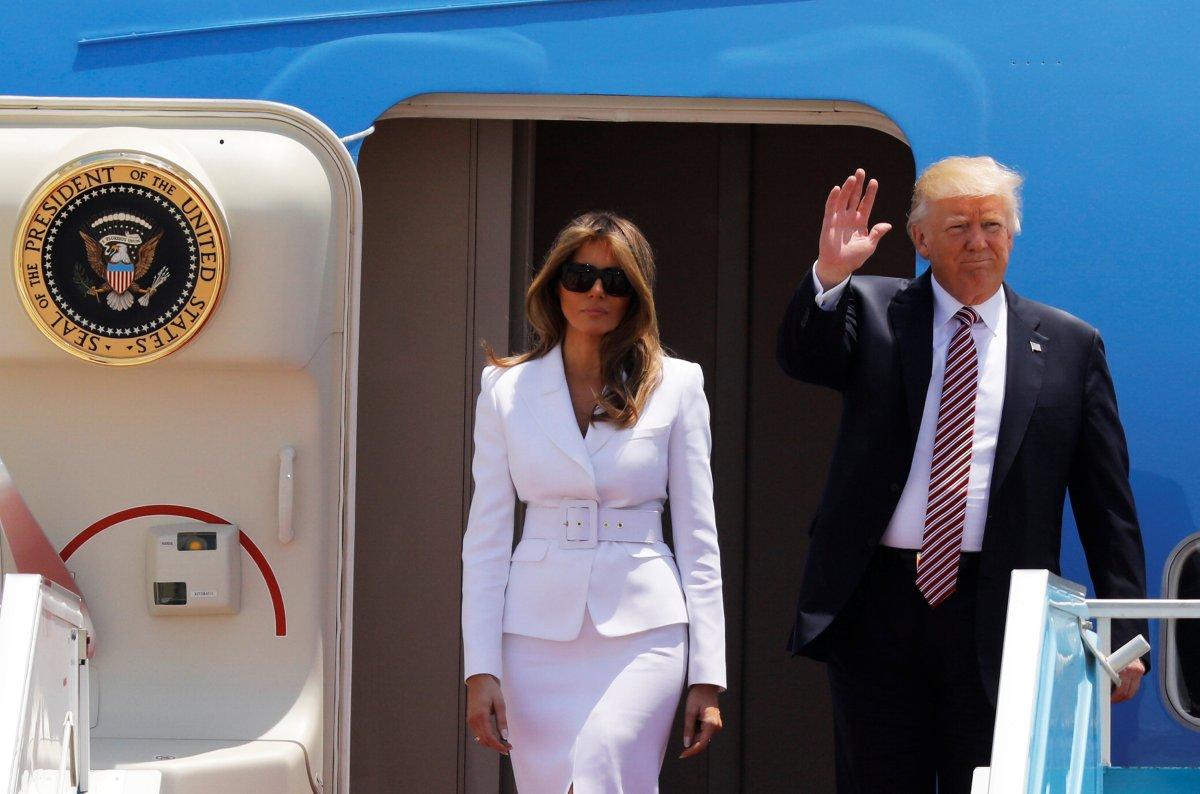 As US president HE Donald Trump continues his first foreign tour, yesterday the 22nd of May alongside his wife and first lady Melania Trump, they arrived in Tel Aviv, Israel from Saudi Arabia where he was three days ago and were welcomed by Israel’s prime minister Benjamin Netanyahu and his wife.

However, as they walked off Air Force One on a red carpet, it was noticed that president Trump was walking a step ahead of Melania and when he tried to reach his hand back in what appeared like an attempt to hold the first lady’s hand, something strange happened. To his disappointment, she slapped away the hand of the most powerful man in the world which did not go unnoticed as some cameras caught the incidence. 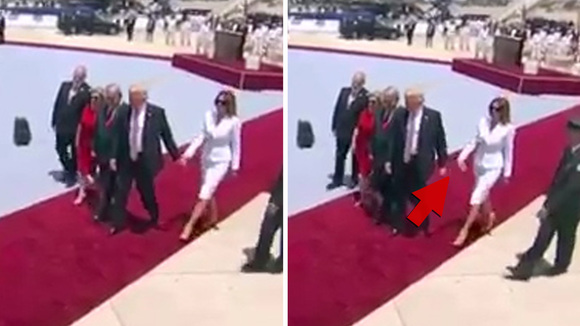 Since then social media is on fire with the video of this short incidence which could be a justification that, the couple’s relationship is not on the same page although that will be subject of discussion for another day.

Melania who chose to live in New York with son Barron Trump rather than join her husband in the White House has been a topic of scrutiny during Trump’s time in office, with many questioning their relationship status.

You can see the incidence for yourself.