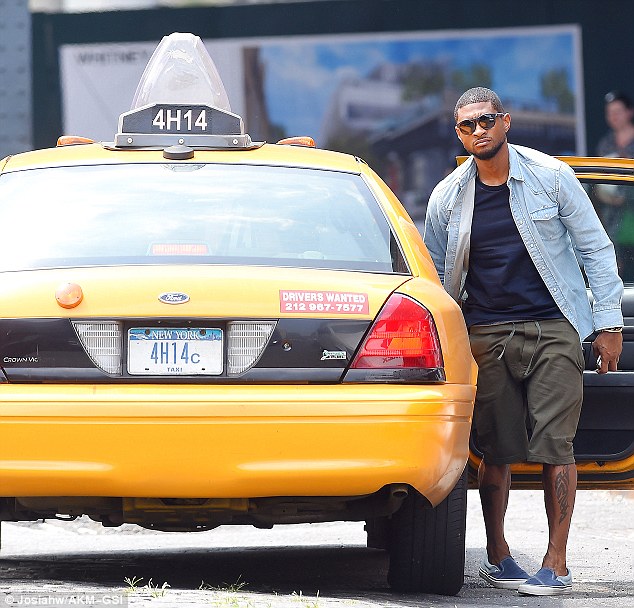 The Rnb singer Usher chose to go casual as he waved down a taxi in New York on Wednesday. Usher was seen with Girlfriend Grace Miguel as they about shopping. Usher was dressed down in a blue shirt, navy t-shirt, green shorts and trainers.

The ‘confessions’ star recently came out to defend his protege Justin Beiber following a video which had him using racial slurs when he was 14.

Usher said: ‘As I have watched Justin Bieber navigate difficult waters as a young man, I can tell you that he hasn’t always chosen the path of his greatest potential, but he is unequivocally not a racist.

‘What he was 5 years ago was a naive child who did not understand the negative power and degradation that comes from playing with racial slurs.

‘What he is now is a young man faced with an opportunity to become his best self, an example to the millions of kids that follow him to not make the same mistakes.’ 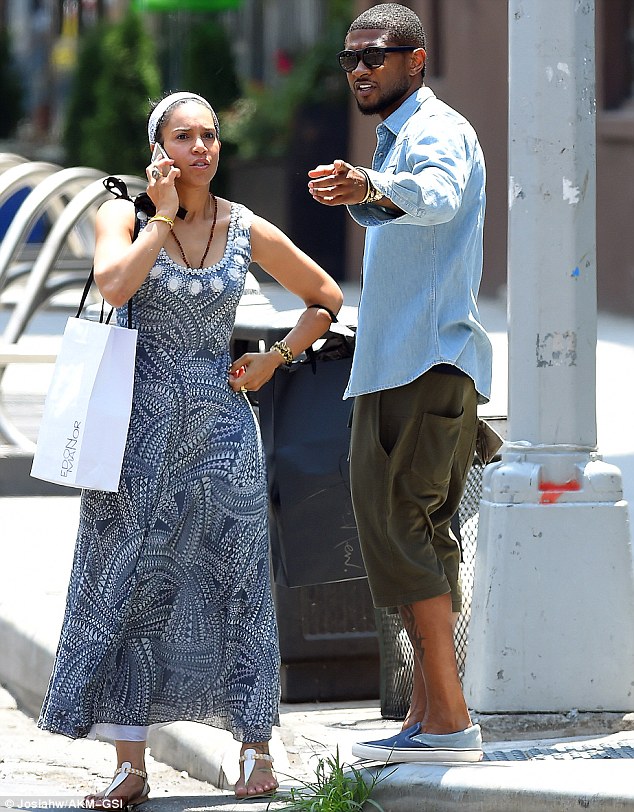