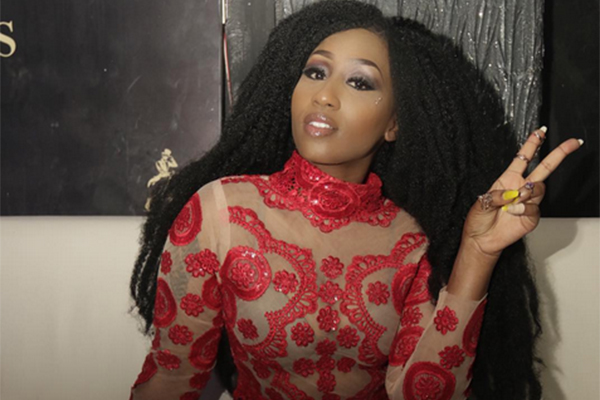 Kenyan artist Victoria Kimani left fans drooling at her stunning body when she stepped on stage dressed in a skimpy red romper. Despite the flawless performance she put on, many fans were awed more by the songstress’ dress code which only complimented her amazing body.

According to Ghafla, Kimani’s dress code at the XS Millionaires had her fans going wild. 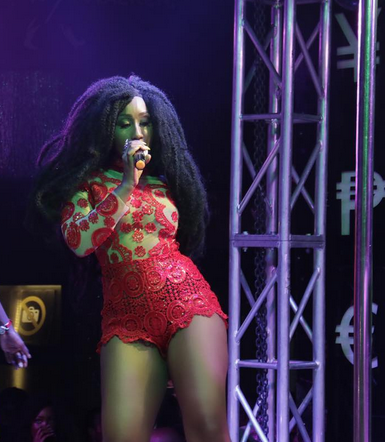 Kimani started writing, recording and performing at 16. She lived in Nigeria during her high school years and moved back to Kenya at 17. She has been back and forth between Los Angeles, Atlanta, New York and London working with top artists and producers like Ron Browz, Maino, Jadakiss Timbaland and White Nerd among others, in order to perfect and develop her musical and visual craft. 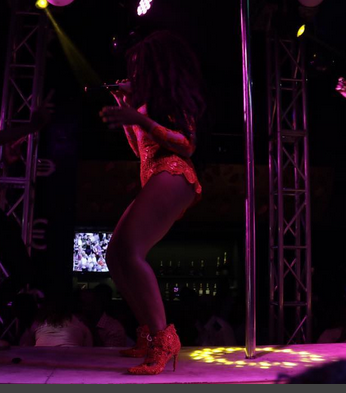 When the singer was hosted on the Sporah show last year she revealed that she can’t date a celebrity and wasn’t attracted to any Kenyan man at the moment. She is currently signed to Chocolate City, a Nigerian record label that boasts of names such as Ice Prince. She is mostly known for songs like Prokoto and Show.