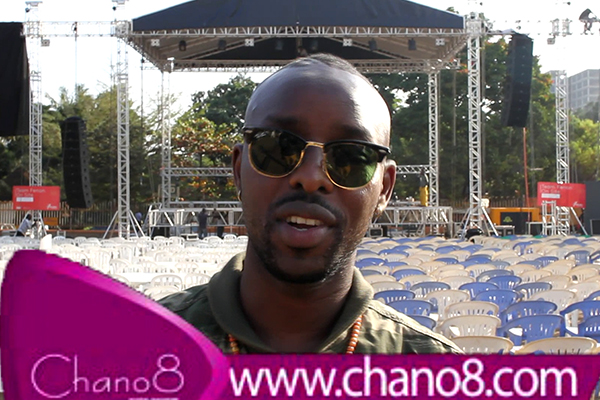 The talk of town in the music industry had been on Eddy Kenzo ever since he brought home the BET International Viewer’s Choice award and this prompted him to bring forward is Mbilo Mbilo concert which was initially scheduled for end of September. We take you on the road to the mbilo mbilo concert and what happened at the show.

The hype had been building and last weekend Uganda’s ‘International artiste’ was to finally gauge his stand among the elites of the trade at home having tasted
success on the continental and global scene with tours all over the world.

There were huge expectations from the local community and media fraternity as evidenced by the presence of the big number of journalists both local and foreign who came to witness the break through artiste who has made history by being the first winner of the BET(Category) he won in East Africa.

And also as expected, there were a big number of fans who turned up from different parts of the world including local celebrities, socialites corporate and Big Talent followers with U.S Ambassador to Uganda Scott H. DeLisi leading a huge contingent of excited American fans who danced throughout the concert.

Kenzo dressed in White and Gold then hit the stage at around 10.00pm backed up by a live band that also had talented Congolese-born guitar maestro Charmant Mushaga in the mix churning some impressive tunes in the lead role.

He started his performance with an introduction tune and ‘Be Happy’ before doing songs like ‘Zivuga’, ‘Sole na Ngatto’ ,’Kaserengeto’ and ’So lovely’ among others in the first session.

He then did songs like ‘Numbe’, ‘Zoom Zoom’,’ Kirikiri dance’, ‘Tonkoya’, ‘Superpower’, ‘Sumbusa and ‘Bolingo’ in second session as things got heated up in the third session where Kenzo was joined on stage by his lively dancers and the Ghetto kids who excited the crowd.